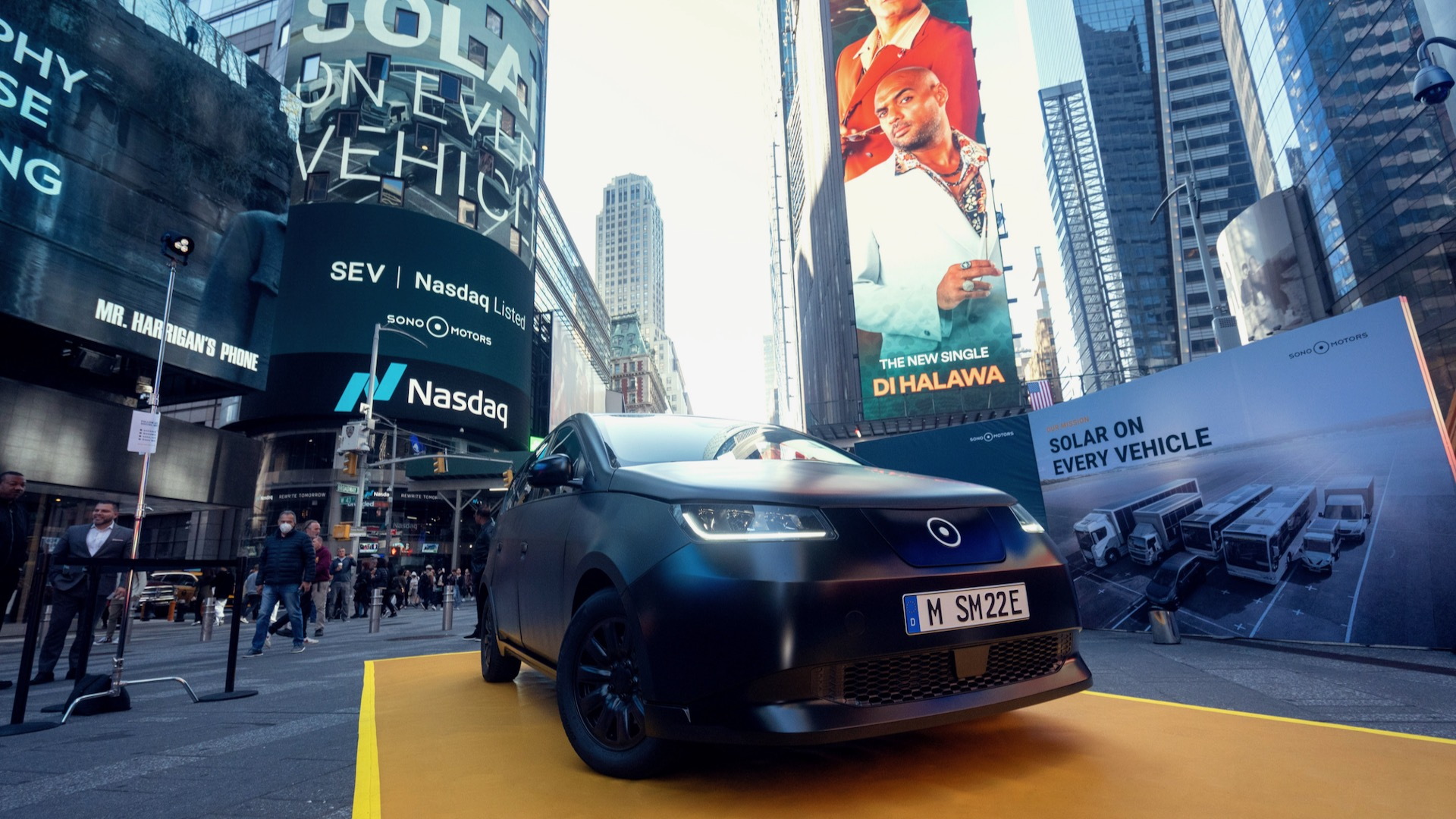 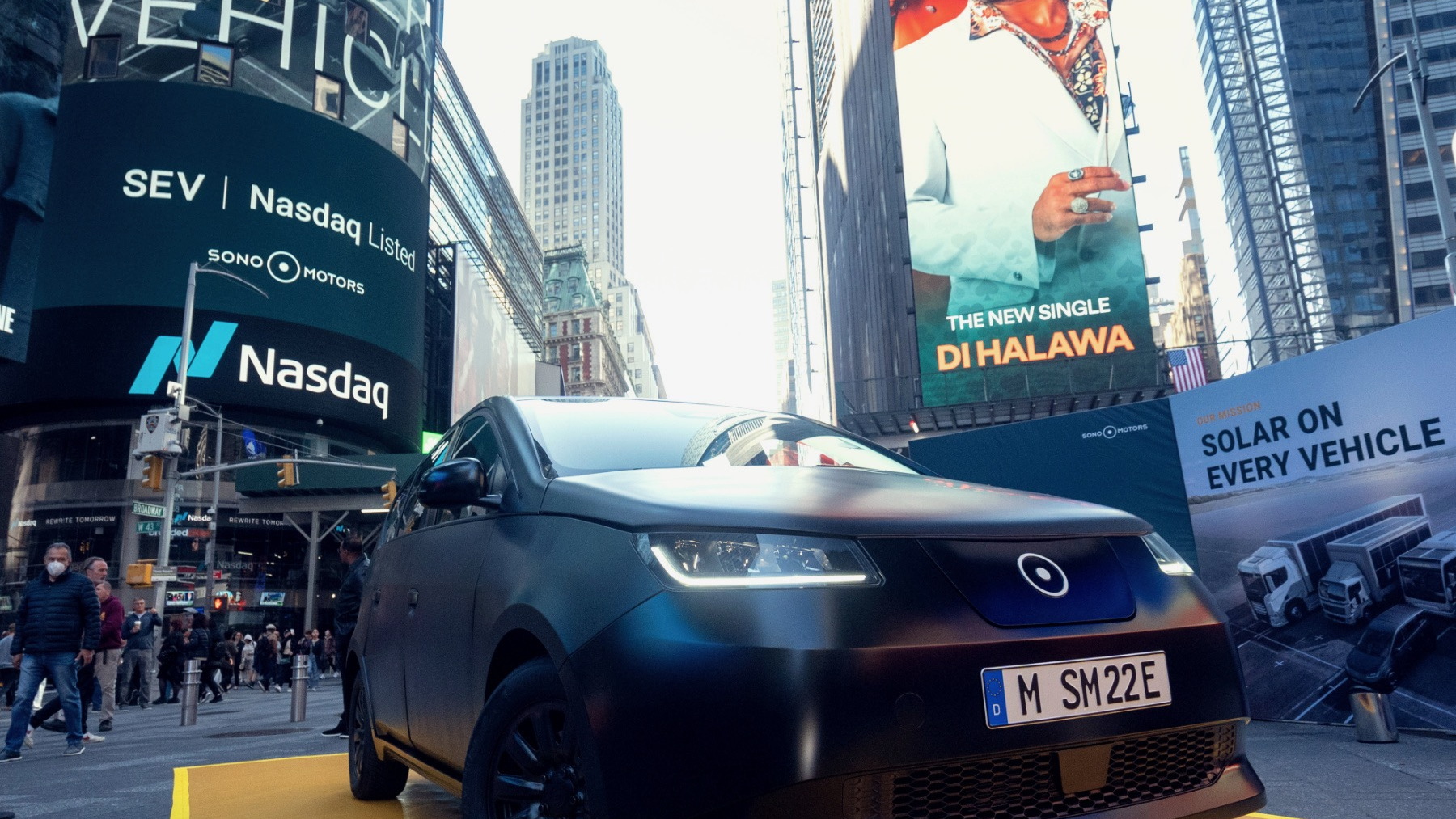 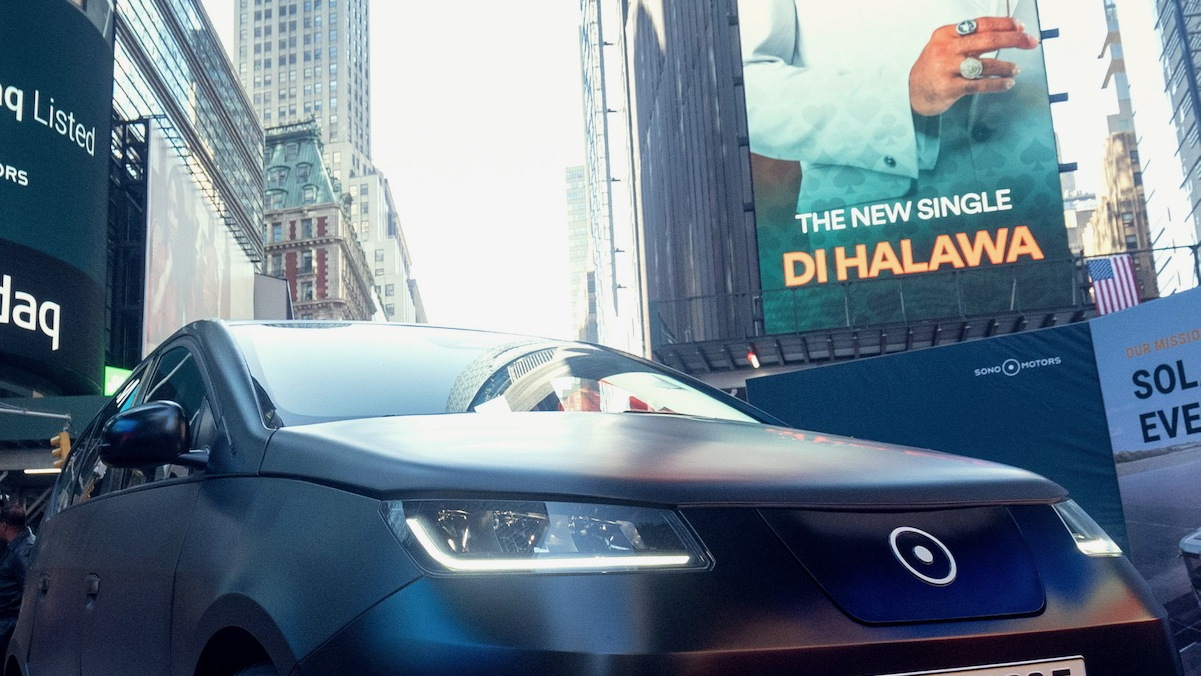 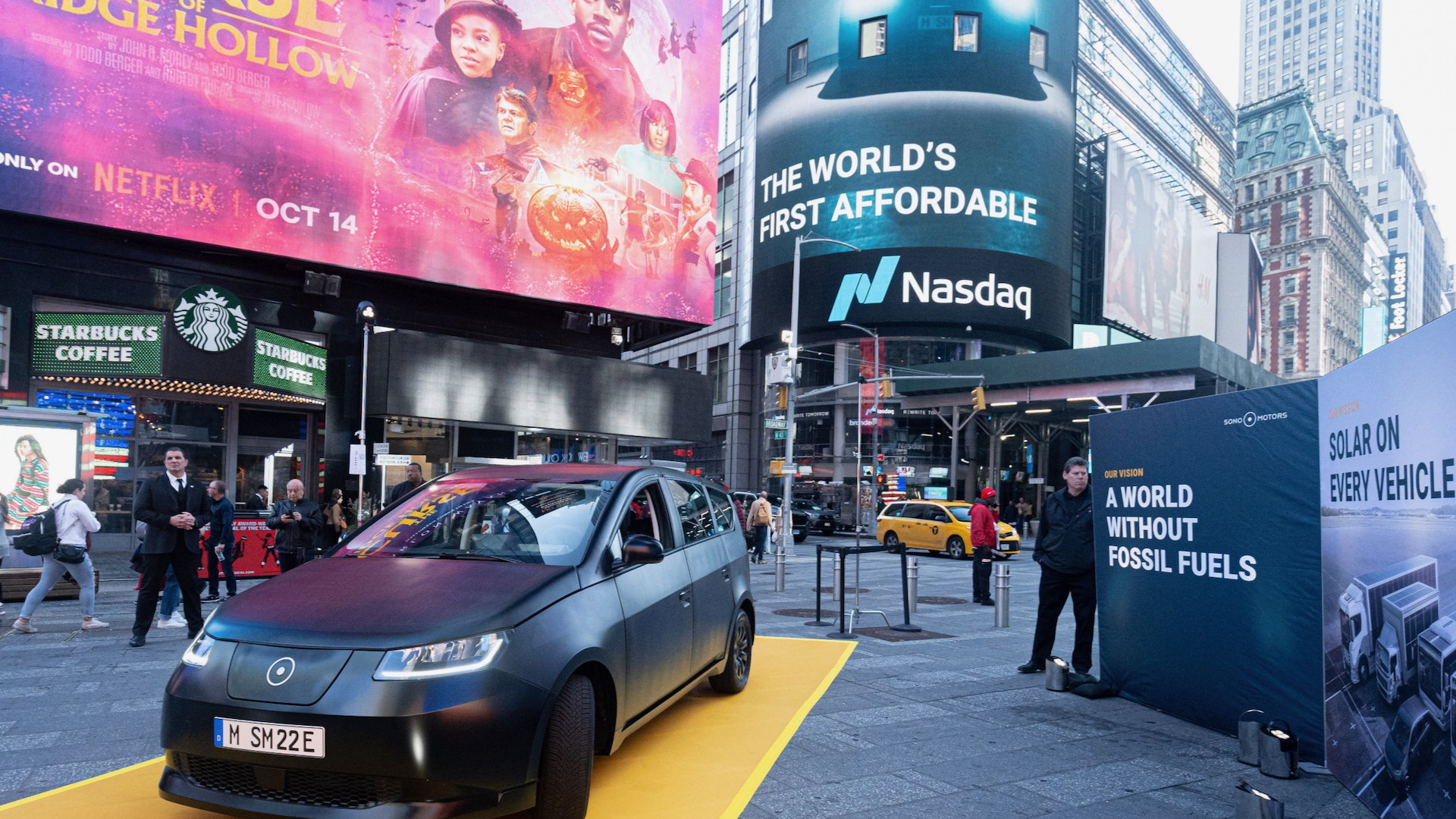 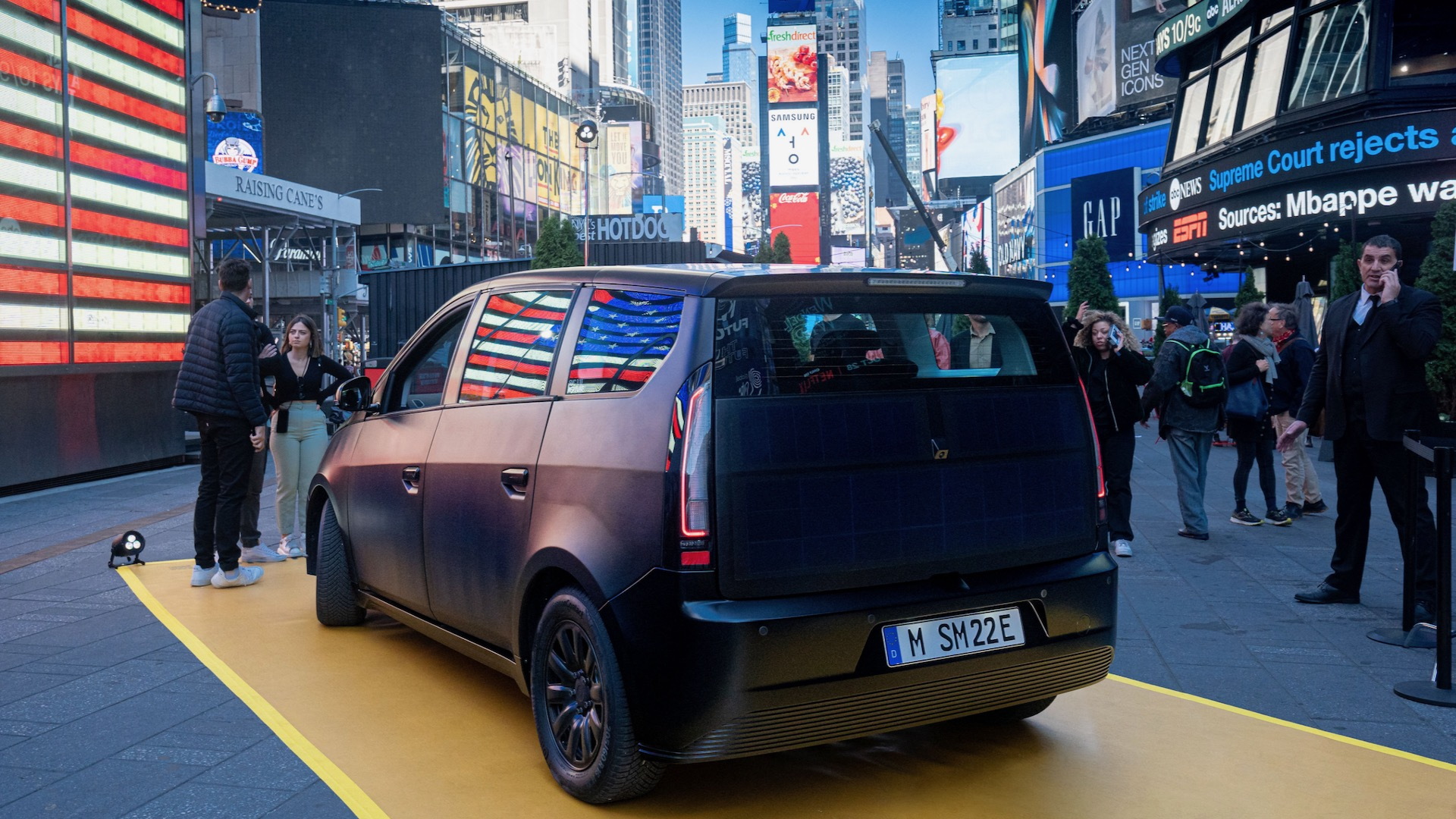 Sono Motors is bringing its Sion solar-supplemented EV to the United States, but it's unclear if the small hatchback will be sold here to retail customers.

The Sion was on display in New York City's Time Square Tuesday, followed by a stop in Brooklyn Wednesday on what will be a multi-city tour, Sono said in a press release. The car will also be shown in Boston, Detroit, San Francisco, San Jose, and Los Angeles at different dates through the end of the month.

Sion production is scheduled to start in the second half of 2023 at contractor Valmet's plant in Finland. Sono claims to have hit 20,000 reservations for the car in Europe, where it's expected to start the equivalent of $25,000.

However, the company has suggested that the Sion was developed only with European regulations in mind, and isn't discussing firm plans to sell it to retail customers in the U.S. Instead, Sono's release implied the Sion's U.S. tour is aimed at drumming up fleet business.

Alongside the 20,000 retail reservations, Sono claims to have 12,000 pre-orders from fleet operators, including 12,000 from car subscription service Finn, which the company noted operates in both Germany and the U.S.

In addition to the Sion, Sono has developed a toolkit that allows diesel trucks and buses to retrofitted with solar panels to run things like air conditioners and refrigeration units.

Sono Sion and other vehicles equipped with Sono solar panels

"In addition to our plans to begin delivering Sion to the European market next year, we are actively evaluating American partnership opportunities while expanding our portfolio of integrated solar solutions for fleet operators," Sono CEO Laurin Hahn said in a statement, adding that companies in both Europe and the U.S. are using or piloting Sono's tech.

What sets the Sion apart from most other EVs is that it was designed to use every body panel as a solar panel. The body shell is covered with 456 solar elements, which help charge a 54-kwh lithium iron phosphate (LFP) battery pack. The pack can also be conventionally charged at up to 75 kw with a DC fast charger or 11 kw with a Level 2 AC charger.

The solar cells can extend the Sion's estimated 190-mile range by 70 miles per week in average weather, or up to 152 miles a week in optimal weather conditions. Bidirectional charging also allows the Sion to serve as a mobile power bank or external home energy storage by discharging power at up to 11 kw.