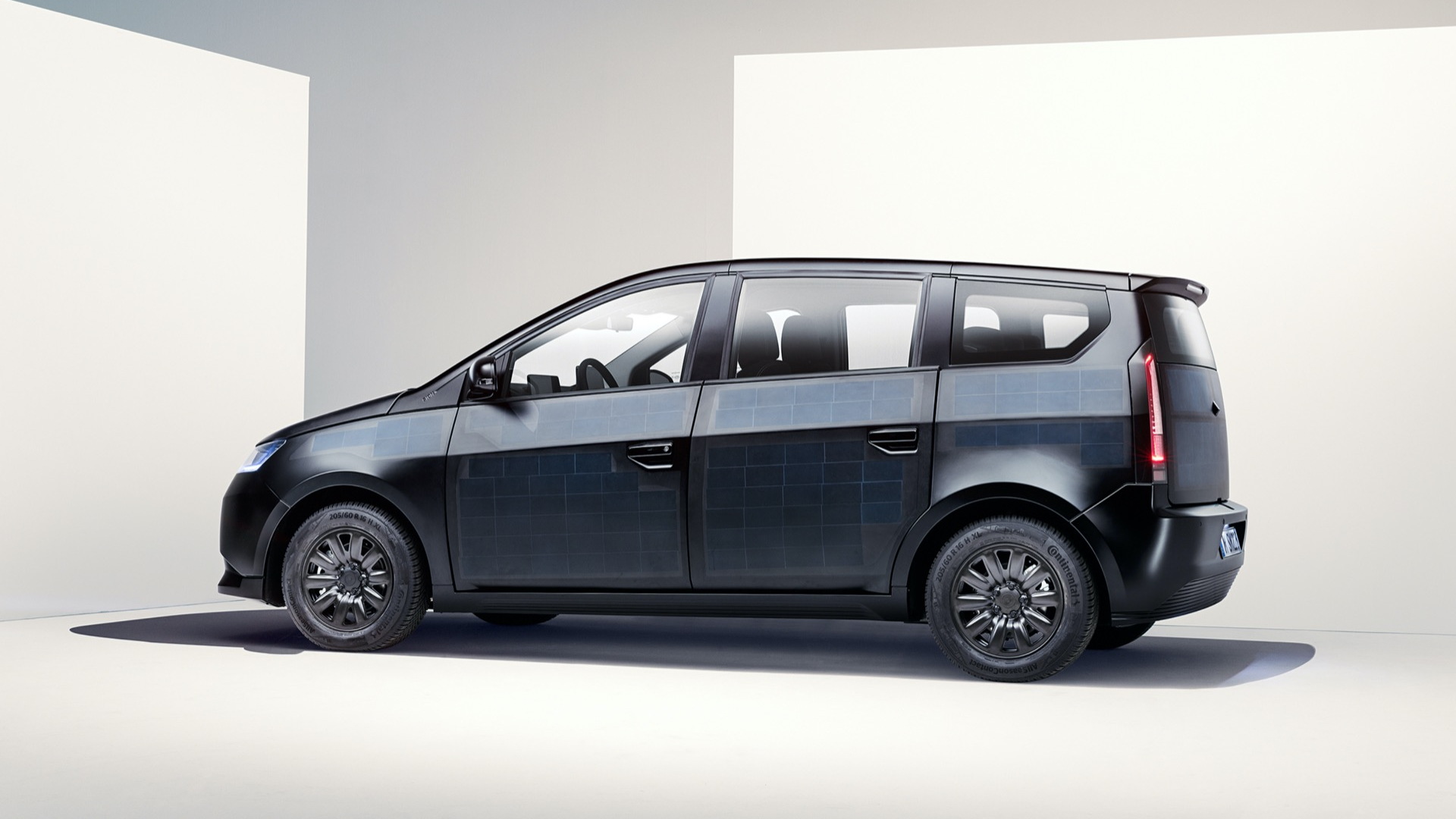 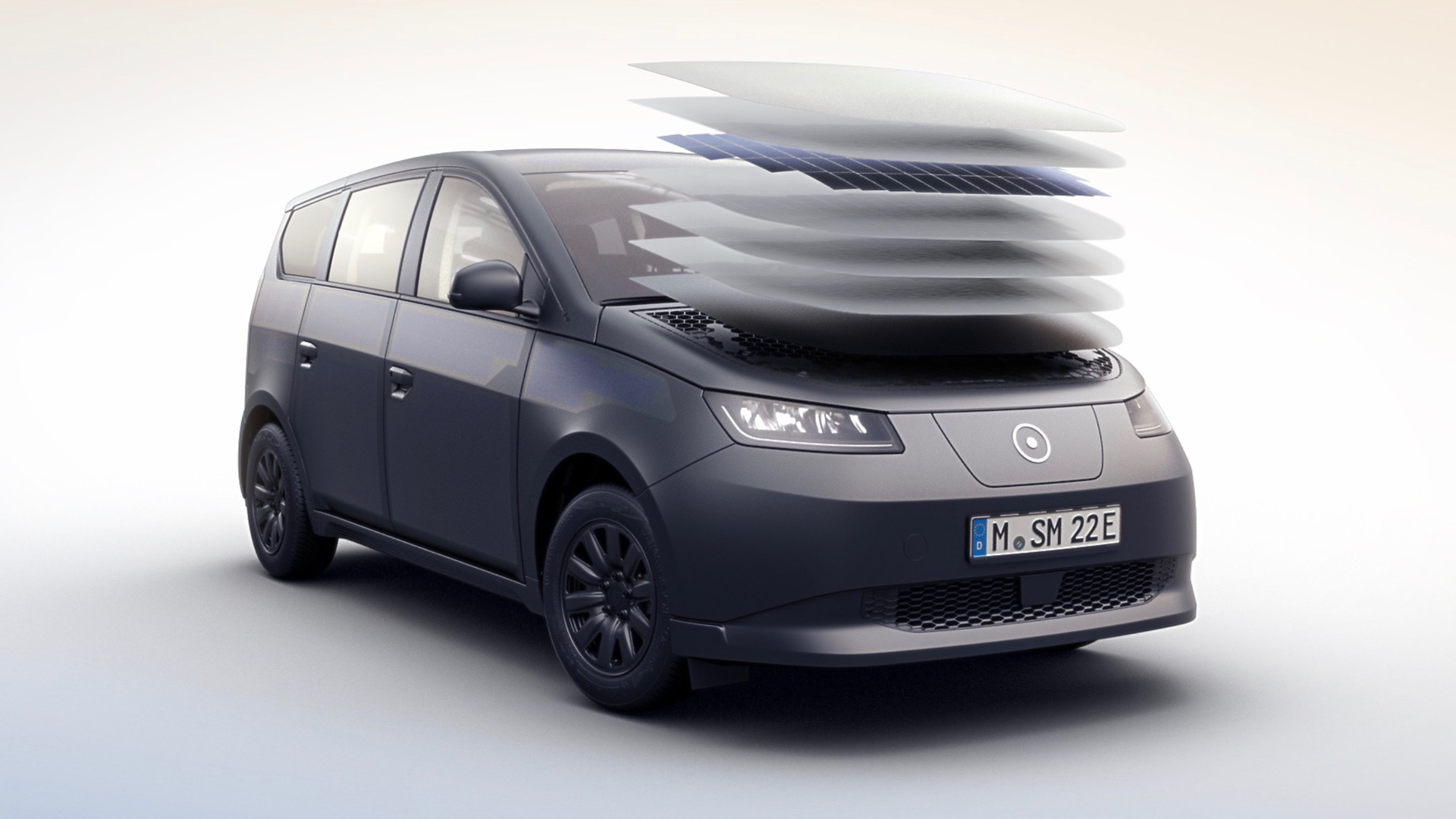 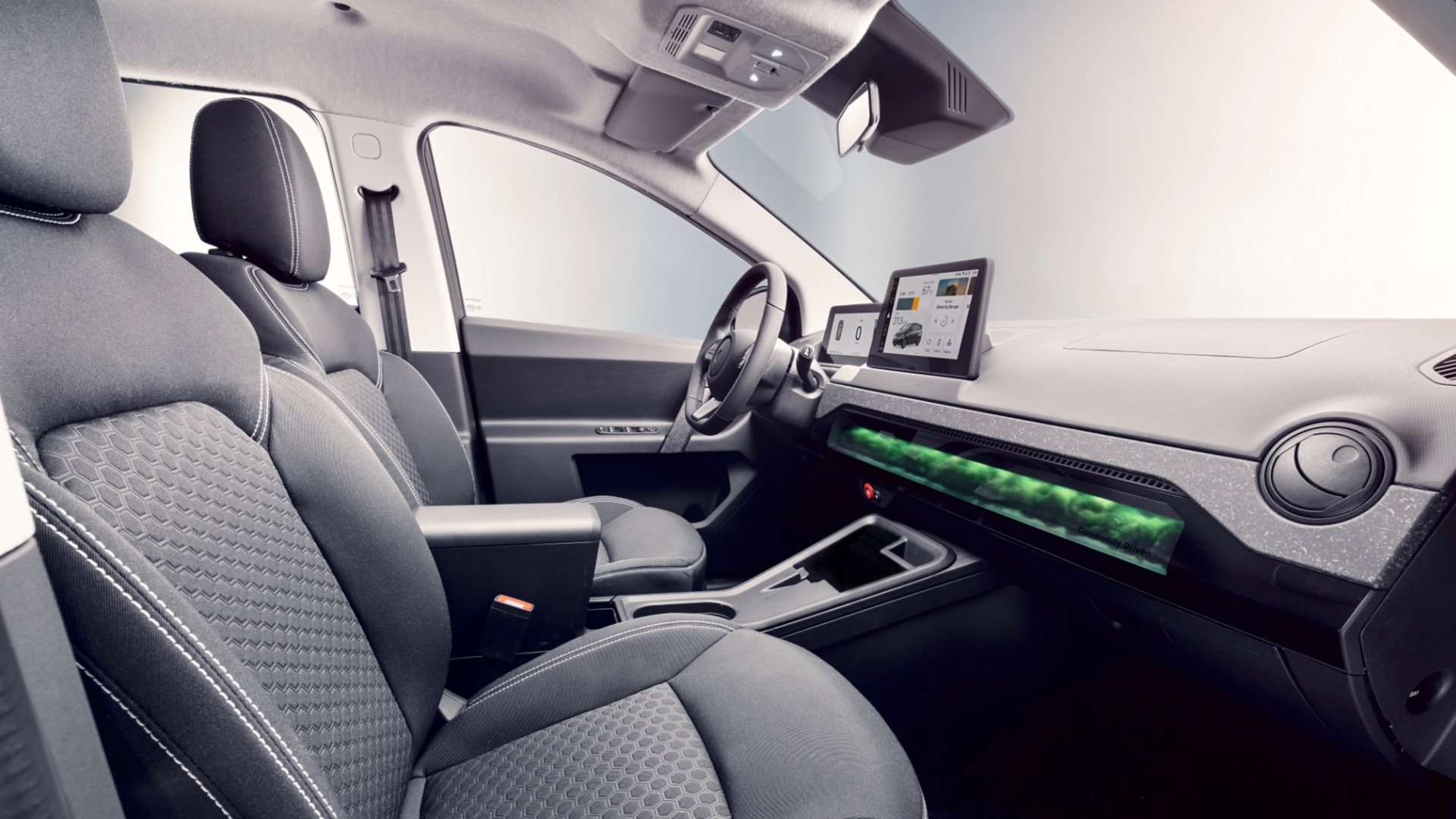 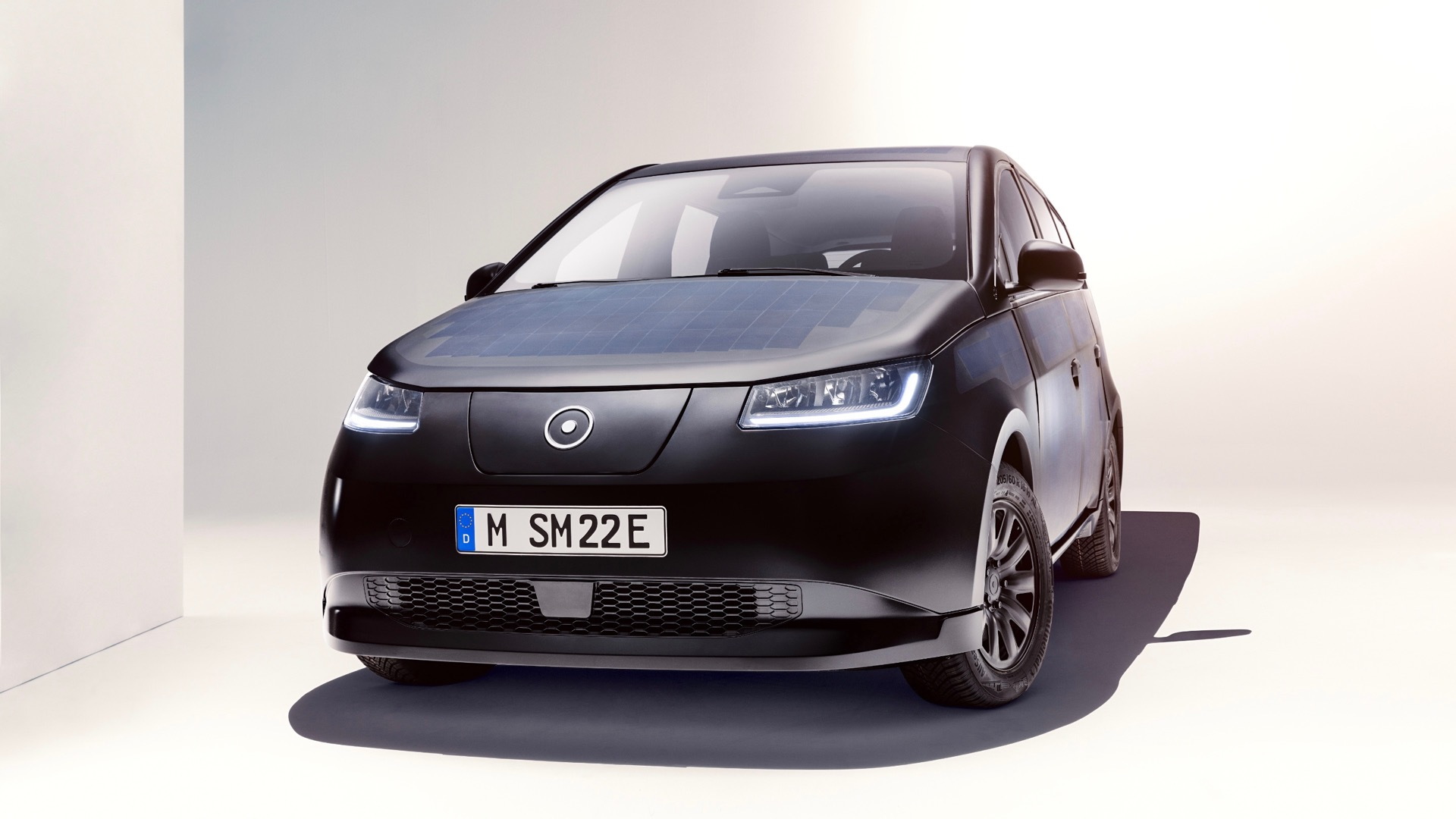 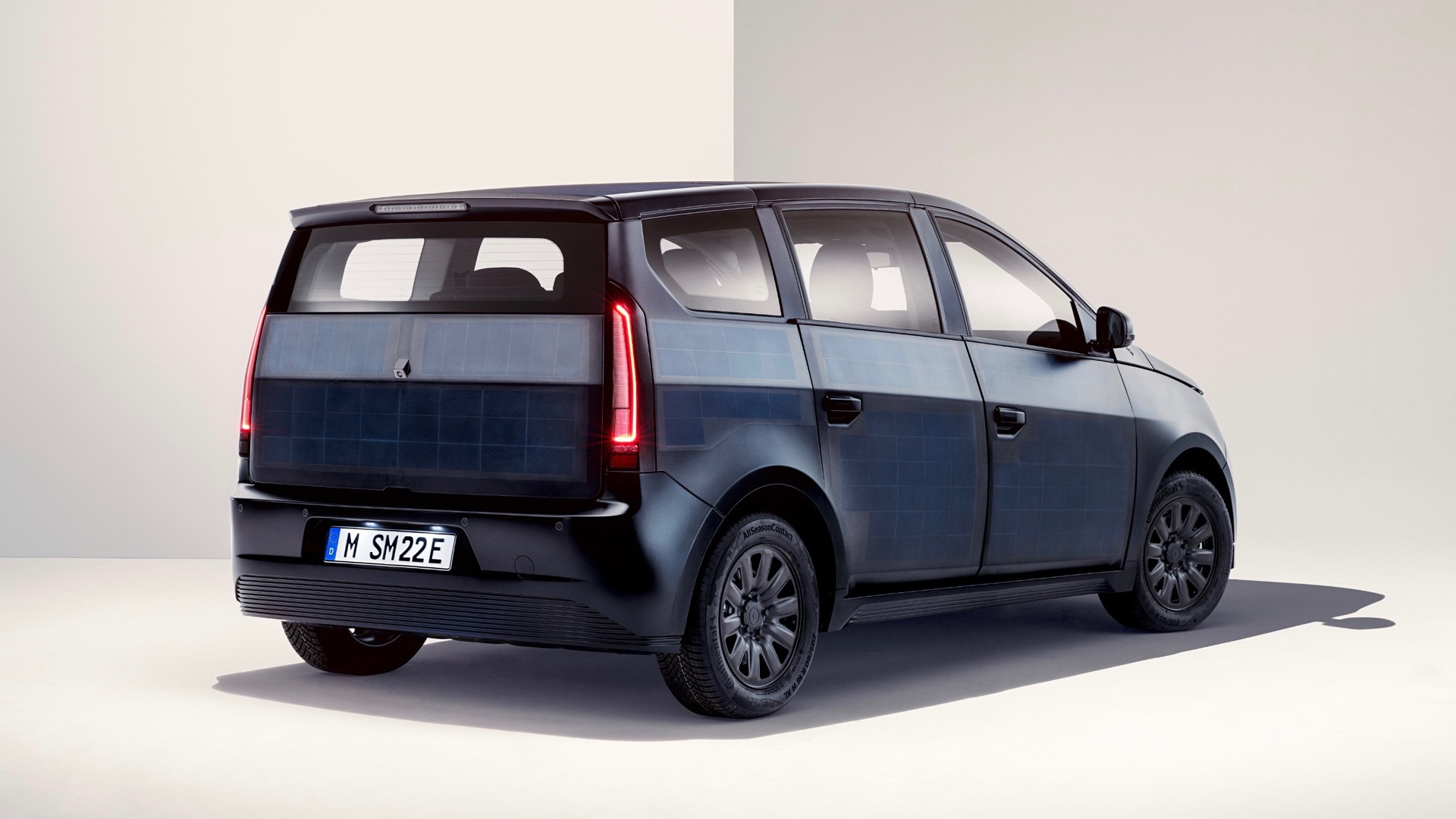 Germany’s Sono Motors confirmed on Thursday that it has 20,000 direct consumer reservations for its upcoming Sion solar-supplemented EV that, if you don't drive much, might seldom if ever cost you anything to "fuel."

Sono says that the Sion, which is due to be produced by Valmet Automotive in Finland starting in the second half of 2023, has the potential to be the world’s first solar electric vehicle “for the masses.”

In July, Sono revealed the production-ready Sion. Versus previous prototypes, it has revised exterior and interior styling, and the headlights, taillights, door handles, and rear fascia are new, as is the charge port. Inside, the seats and steering wheel were swapped for different designs, and the interior was reconfigured for more space.

In production form, the Sion will be able to add an average of 70 miles of range per week from its 456 solar half-cells, or 152 miles in ideal conditions, charging up its 54-kwh lithium-iron phosphate (LFP) battery pack to 190 miles of range, potentially. The Sion also has 75-kw DC fast charging and can function as a home power bank with 11-kw AC bidirectional capability.

The Sion isn’t the only car incorporating solar. But the Sion is noteworthy for being the only production model, aiming for mass production, that uses every body panel for solar energy. It will also be one of the first to do it while selling in volume.

By 2025, the Netherlands-based company Lightyear plans to expand beyond its expensive Lightyear 0 niche model, with a Lightyear Two. Aptera is claiming up to 1,000 miles of range in its “never-charge” three-wheeler, which won’t actually be considered a car.

The Sion is of note as it takes on a format that mainstream automakers have balked about producing: an affordable urban EV, with solar supplementation, with a tall body and spacious cabin that might make it perfect for ride-hailing.

In the U.S., affordable EV options are limited, and the lower-priced EVs are hardly technology leaders. Perhaps, with the supply chain changes prompted by the revamped EV tax credit, this may change. If no other company steps up, it’s possible a later version or model from Sono might work Stateside, although Sono told Green Car Reports in 2019 that to save development costs the initial car was designed entirely for Europe.

Sono could expand its reach in the commercial sector more easily, though. In July, Sono announced its Solar Bus Kit, which is “a standardized, scalable retrofit solution for diesel buses.” Then later this month, at the IAA Transportation show in Hanover, Germany, it’s due to detail this tech and show several more solar-integrated prototypes, including refrigerated trailers, e-buses, and e-transporters.