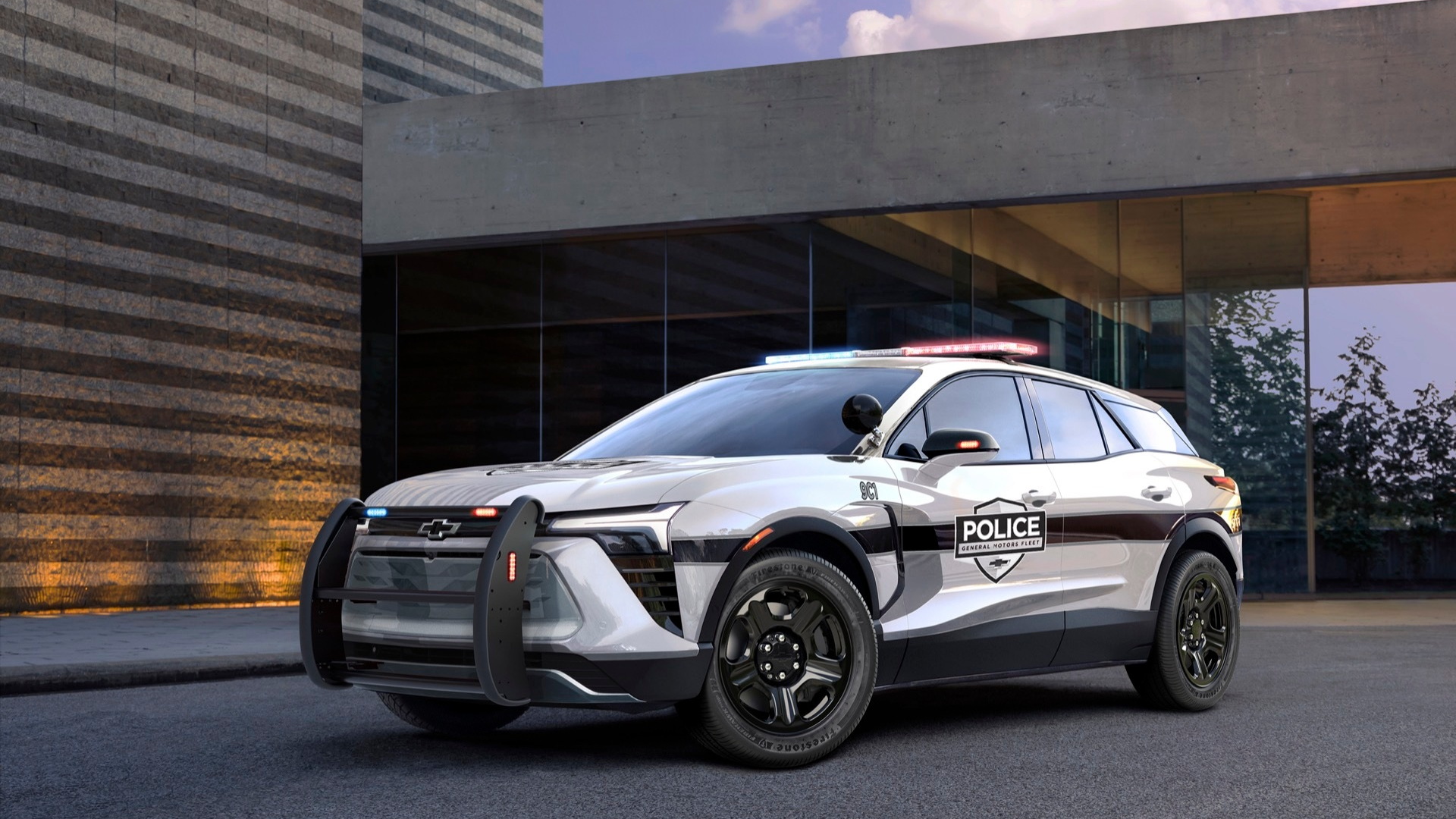 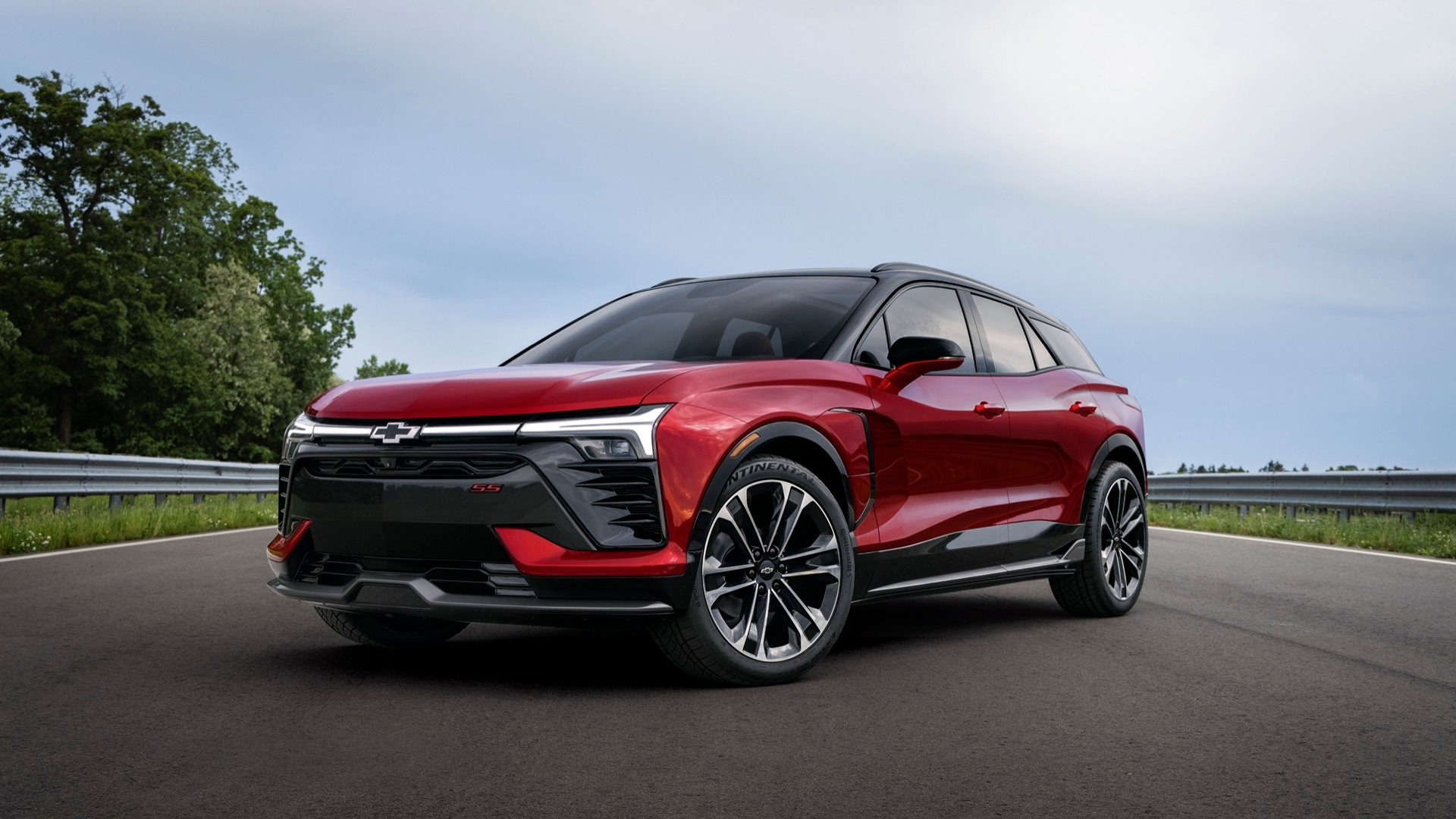 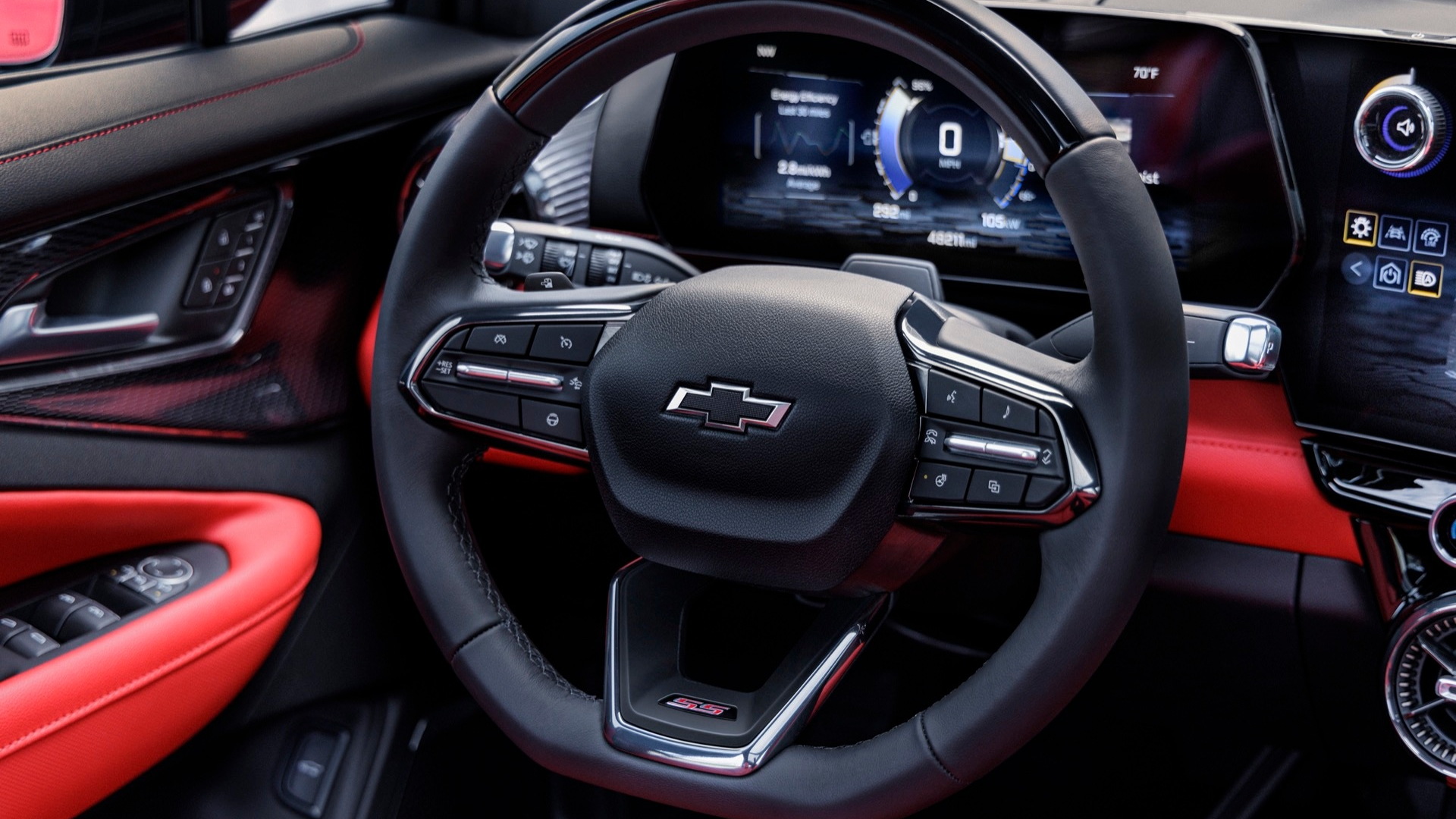 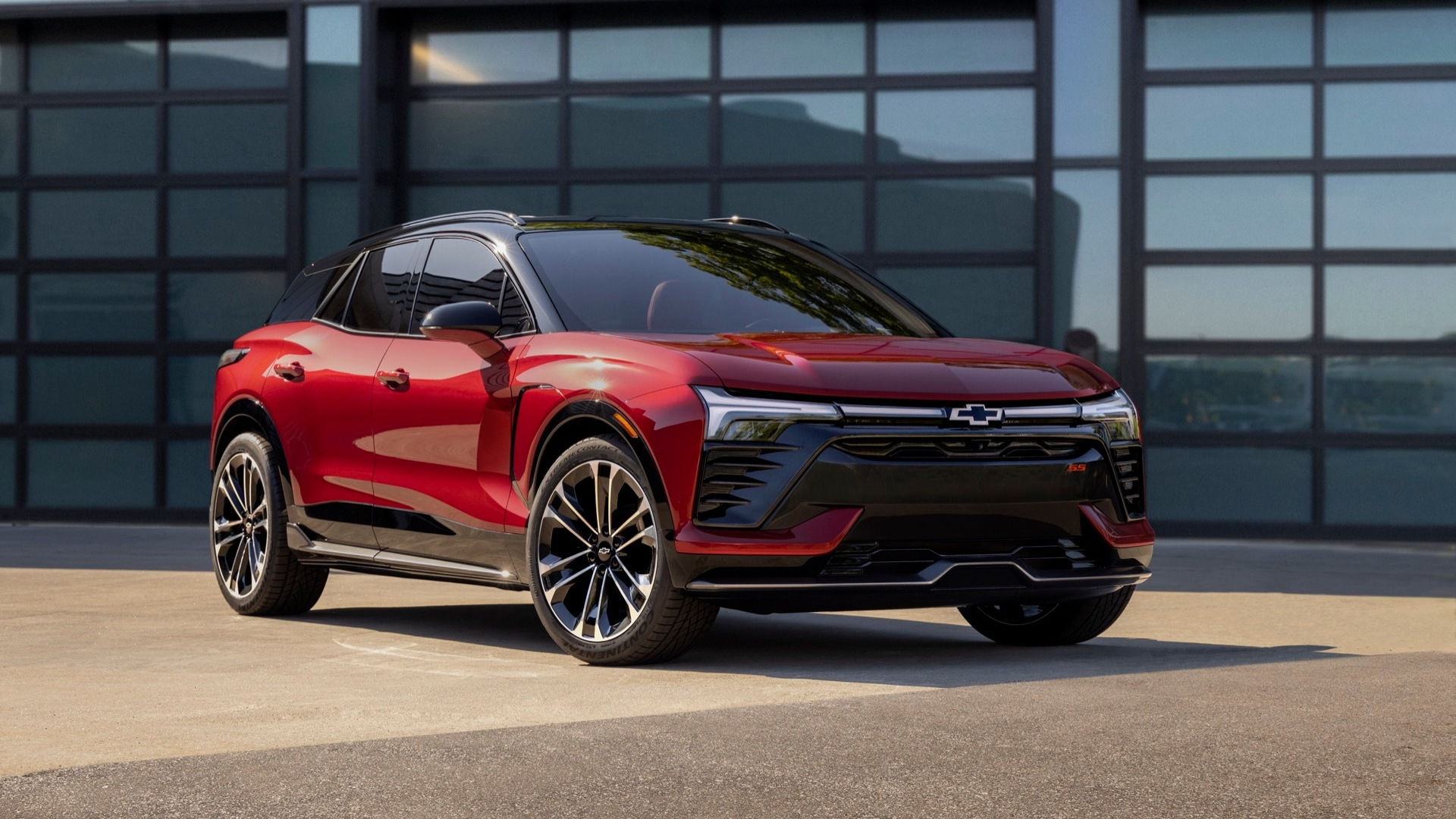 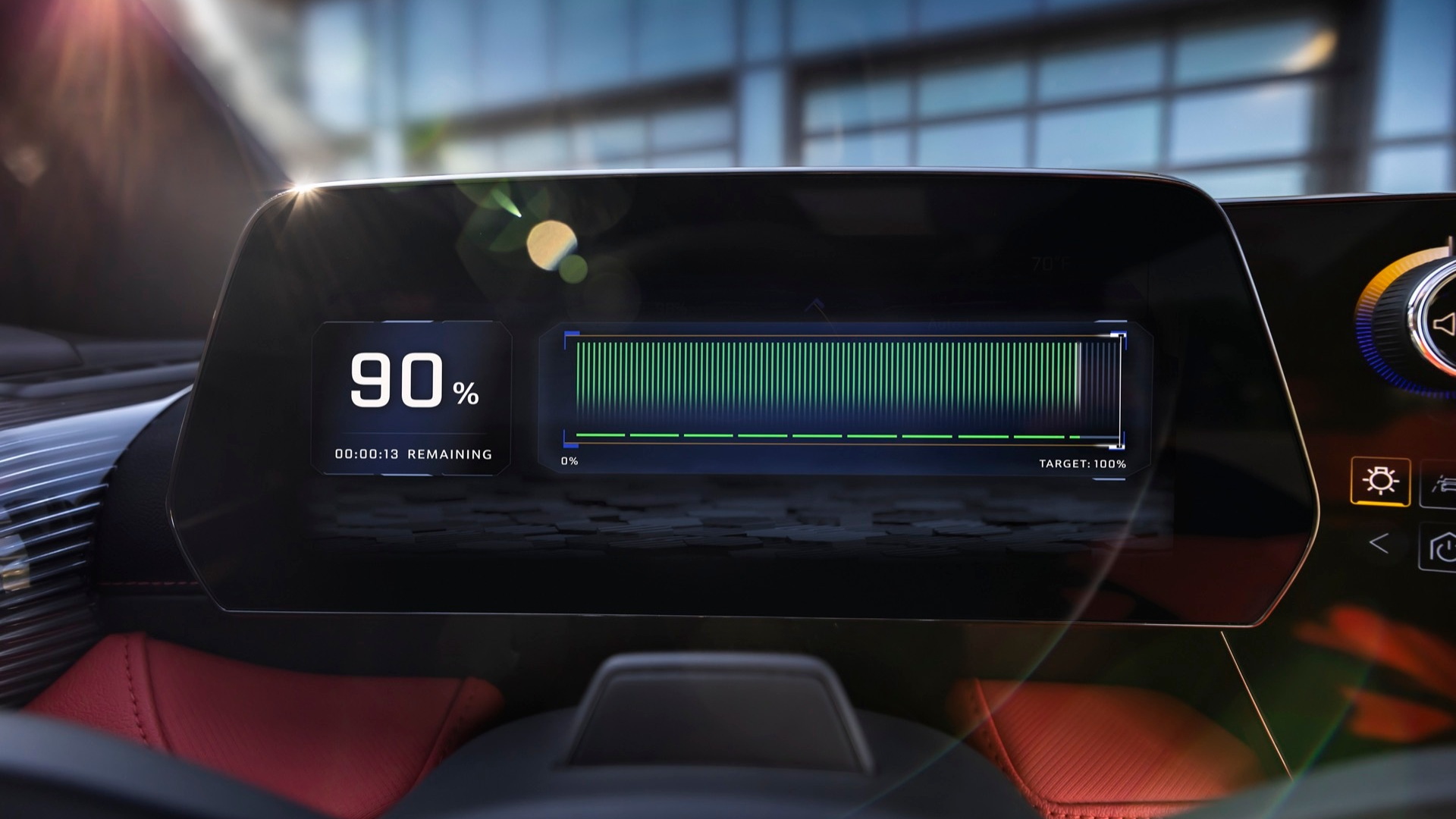 The 2024 Chevy Blazer EV that was revealed earlier this week might soon be one to look out for in the rearview mirror—not just because it includes a go-fast SS version.

GM confirmed that it’s working on “purpose-built” Police Pursuit Vehicle (PPV) models based on the Chevrolet Blazer EV SS, with the largest battery pack offered in the Blazer lineup—the one that will return up to 320 miles in some versions—plus a choice between single-motor rear-wheel-drive or dual-motor all-wheel-drive versions.

According to Chevrolet, the PPV will use the same high-performance Brembo brakes as the SS, plus a “police specific interior” designed around the gear and emergency equipment needs of police officers.

“The possibilities for the Blazer EV’s commercial and law enforcement applications are almost endless,” said Ed Peper, vice president of GM Fleet. “Along with zero-tailpipe-emissions performance, it reduces the number and frequency of certain maintenance requirements typically associated with fleet vehicles."

Potentially for departments around the country, that’s great news. As we reported just earlier this year, those that are looking to shift some of their fleet electric are finding few options.

One in Washington State, for instance, found that Tesla Model Y police vehicles were too cramped. Further, with the needed upfitting it was an expensive option—adding up to $30,000 to the cost of the vehicle and essentially offsetting any five-year ownership advantages.

It’s helpful that Chevy is planning on the largest battery possible. In some situations, that extra equipment adds up to a significant power draw—and departments need to be ready for the effects of cold weather on range.

Ford announced last year that it’s considering a line of “purpose-built electric police vehicles,” with the Mustang Mach-E serving as a testbed—and multiple demonstrators including a UK concept and one sent to the Michigan State Police (and perhaps elsewhere) for testing.

President Biden has emphasized a shift to both all-electric and American-built for federal fleets, and some police agencies may be applying the same emphasis. With the Blazer family due to be built in Mexico—as the Mach-E is—this covers most of those needs. Will there be another patrol car that’s all-electric and waves the stars and stripes?