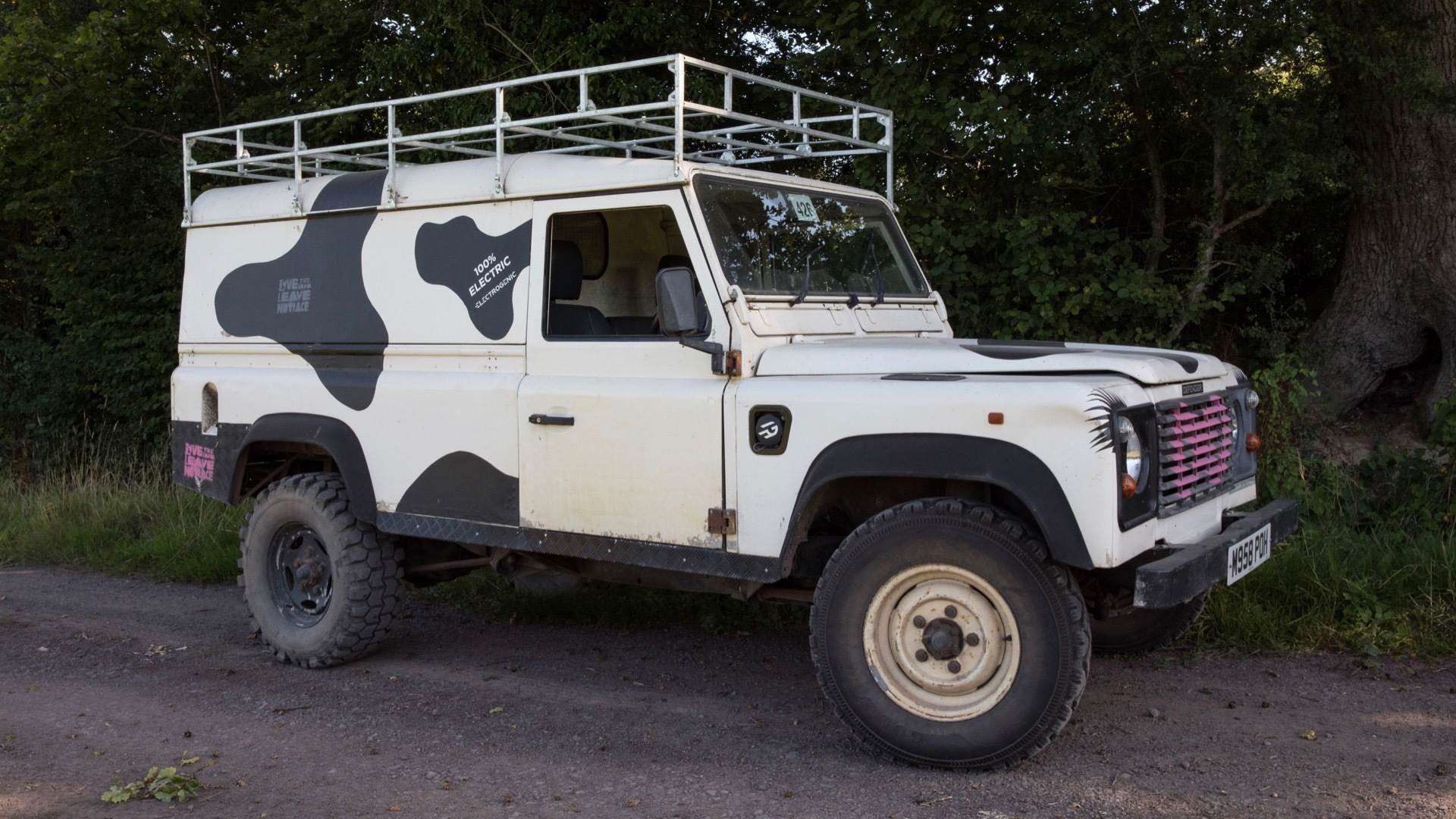 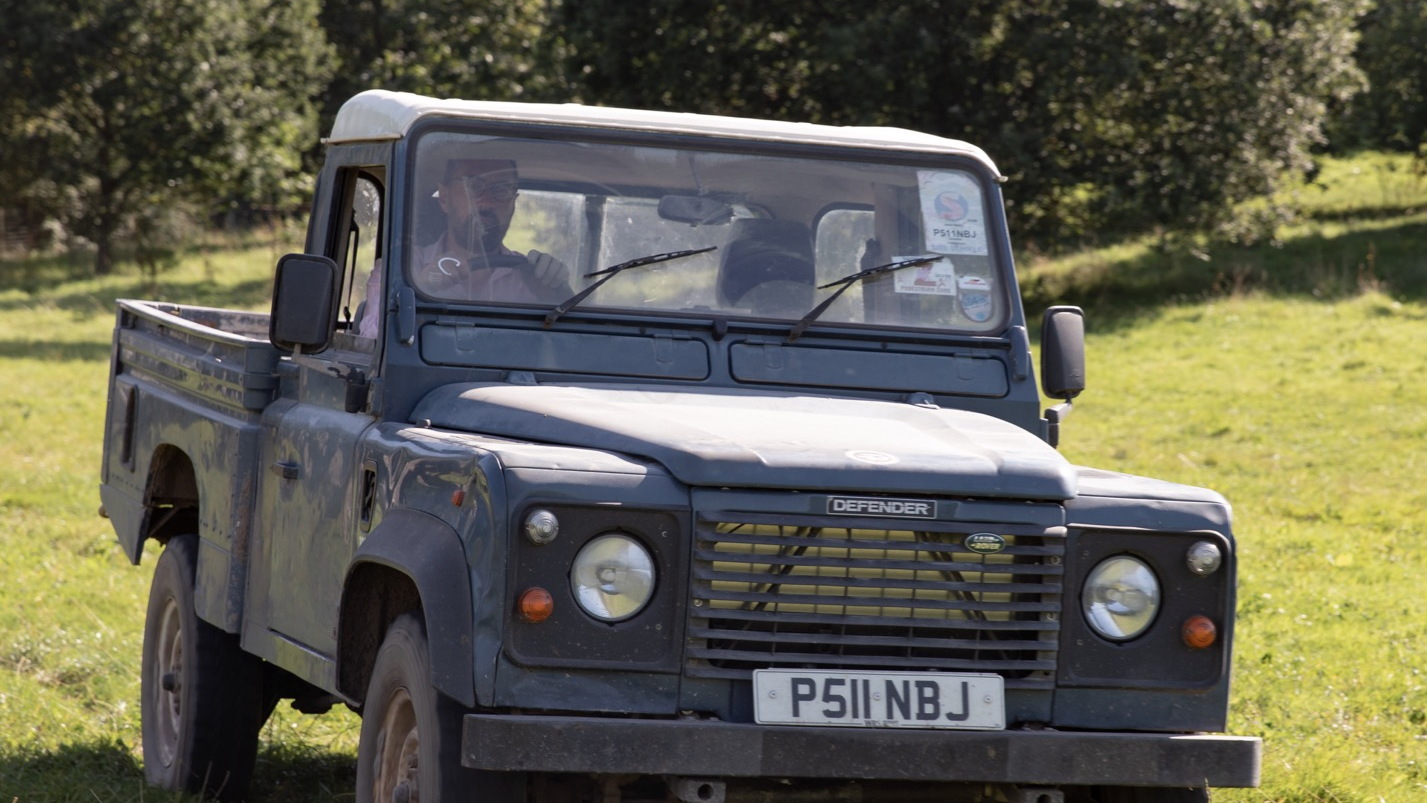 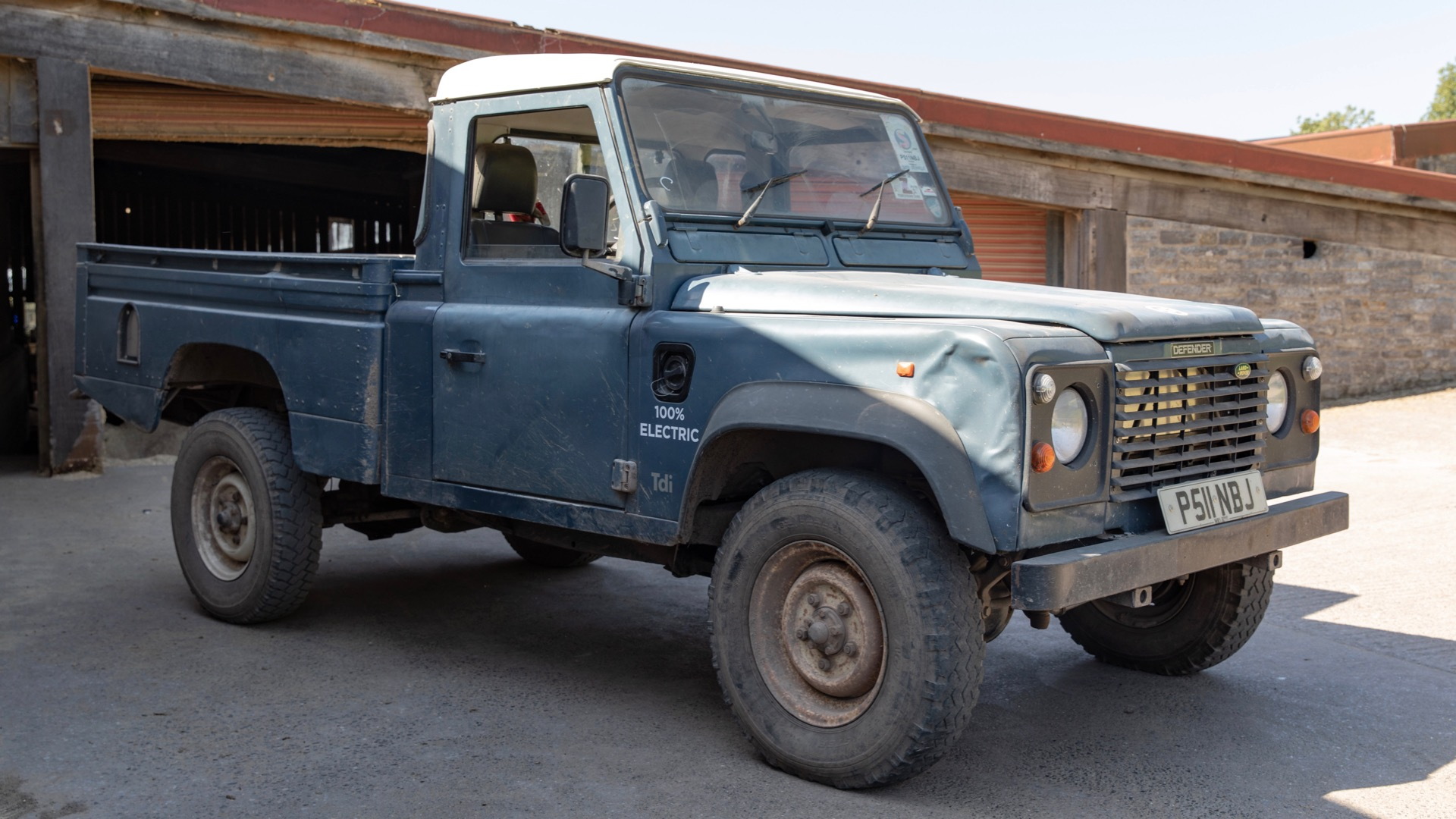 The conversion kit comes from Electrogenic, a United Kingdom-based company that specializes in electric conversions of classic cars. It's converted a wide range of classics into EVs, including a Citroën DS.

While many EV conversions are aimed at hobbyists, Electrogenic envisions its electric Defenders as work vehicles. The conversion kit is aimed at the agricultural sector and landowners, and was designed for mechanics to install, according to an Electrogenic press release.

Land Rover stopped selling the classic Defender in the United States in the 1990s, but it continued in Europe until 2016. Because they're more common in their home market, older Defenders are less likely to be viewed as collectibles to be coddled than they are in the U.S. It's not unusual in the U.K. to find an affordable, heavily used Defender work truck as a donor vehicle.

The conversion kit includes a 52-kwh battery pack mounted under the hood, which Electrogenic estimates will provide about 100 miles of range. A 7.5-kw AC charger is standard, allowing for a full charge overnight, according to the company.

A single electric motor produces 120 hp and 173 pound-feet of torque, which is comparable to the stock diesel engine, according to Electrogenic. This gets the electric Defender from 0-60 mph in 16 seconds and up to a top speed of 90 mph, which is still quicker than some stock Defenders. The company also offers a 201-hp version with a 7.6-second 0-60 mph time.

The kit costs about $30,000—which, we've heard, is about the minimum amount for a full conversion if you're paying someone else to do all the small steps. This doesn't appear to include labor, which would be a big extra.

More affordable off-the-shelf conversions aren't yet available—batteries are the barrier, after all—but there are some exceptions. And going very DIY, with all the work done themselves, some have shown that it's possible on a very small budget, as some home builds have demonstrated.

A handful of companies also sell complete turnkey vehicles, while Mini is doing its own conversions in the U.K. While less of hassle, these are likely to be on the pricier side.

Electrogenic hasn't said whether its kit will be available in the U.S., but your chances of finding the ideal donor vehicle may be far more limited here. We're hoping similar kits become available for off-roaders more commonly found in the U.S., like the Jeep Wrangler.