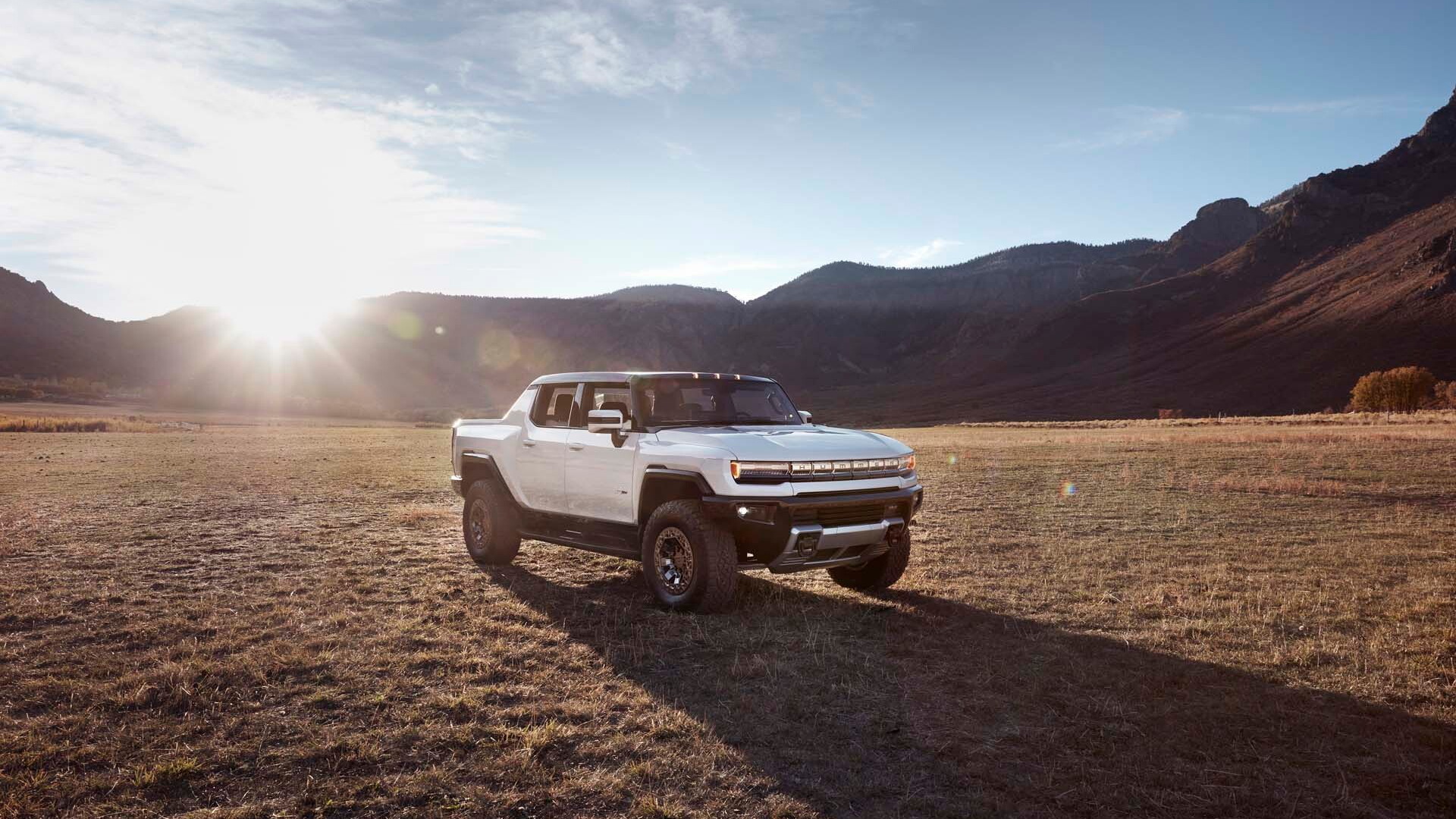 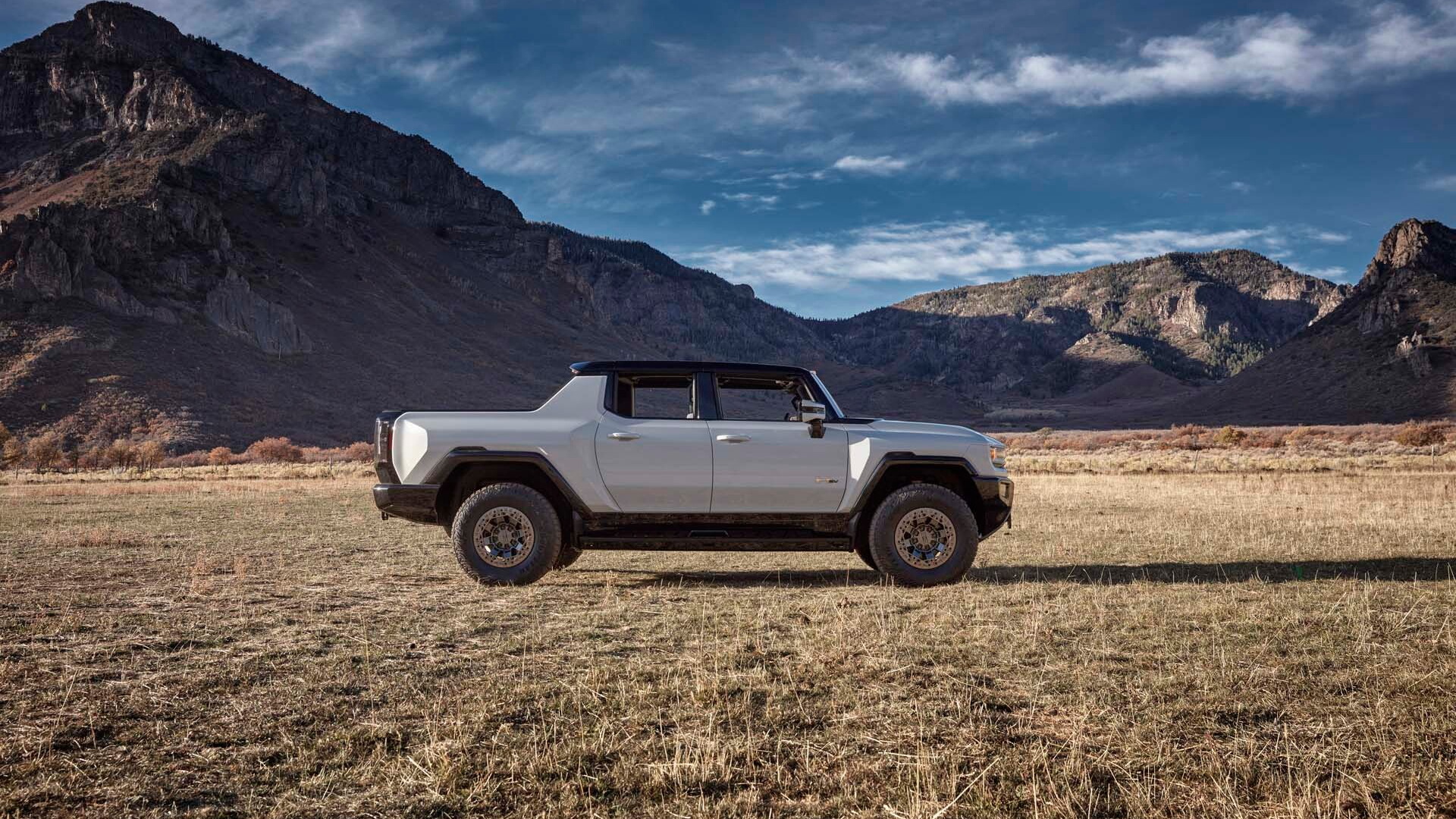 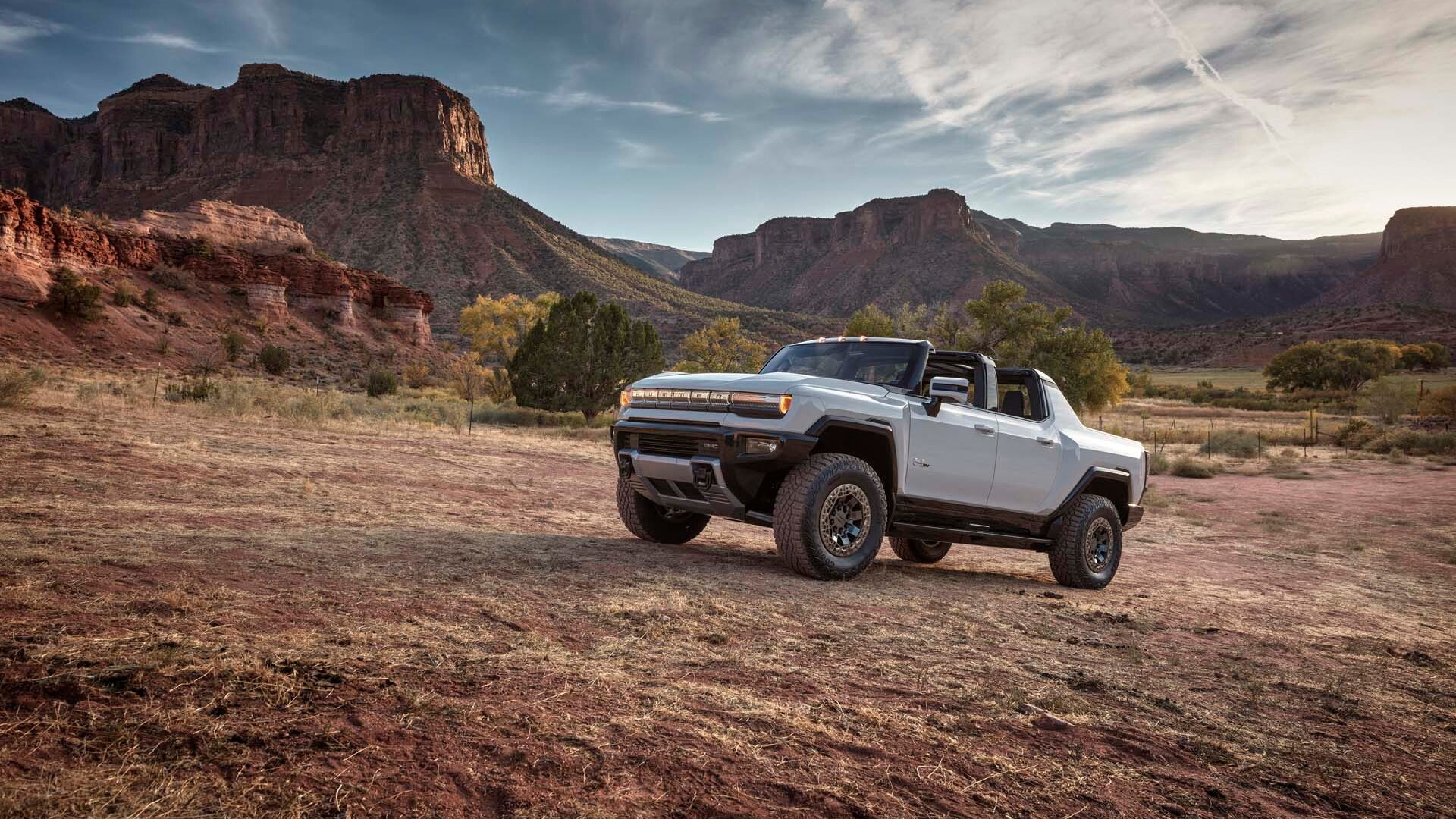 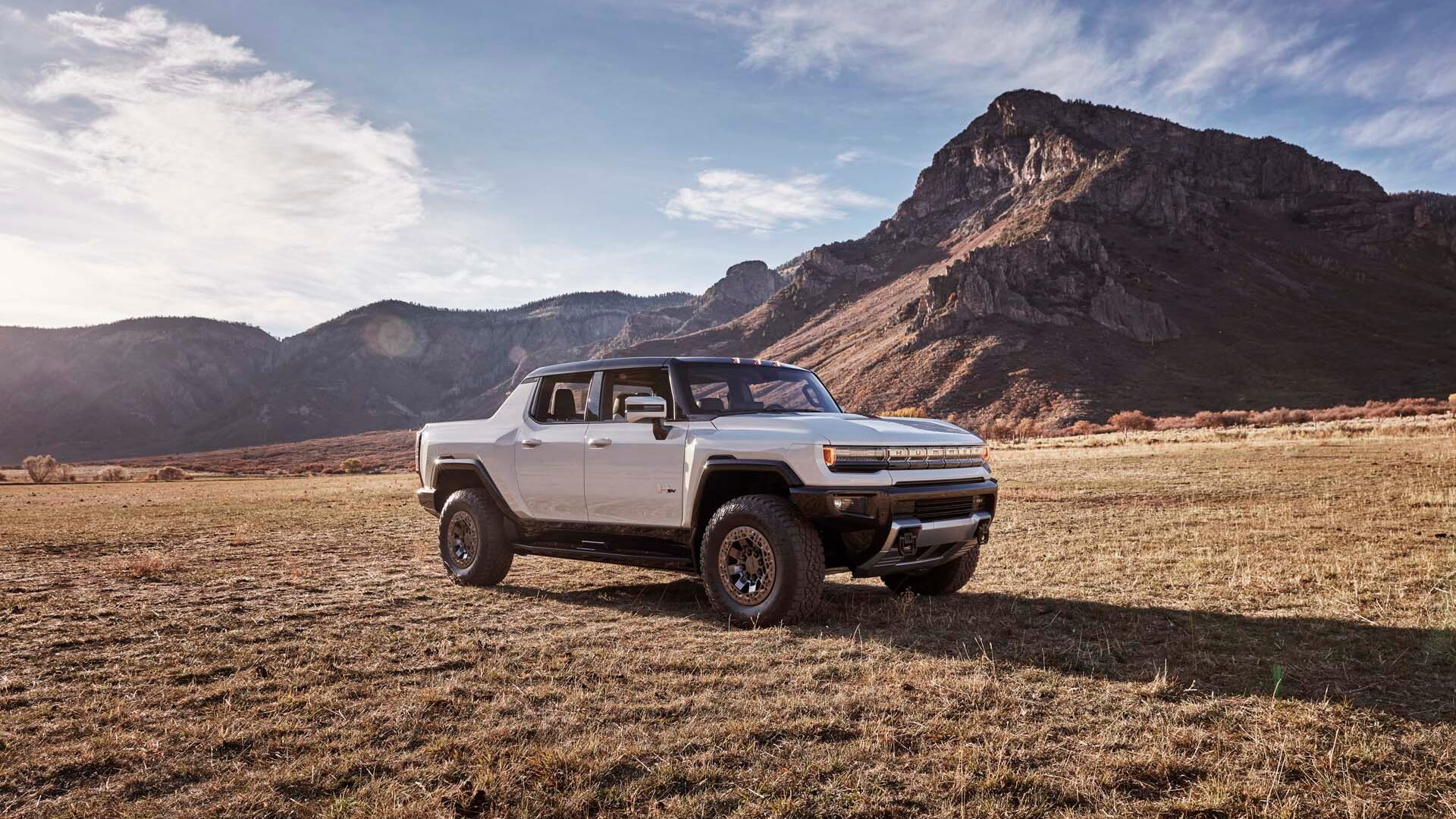 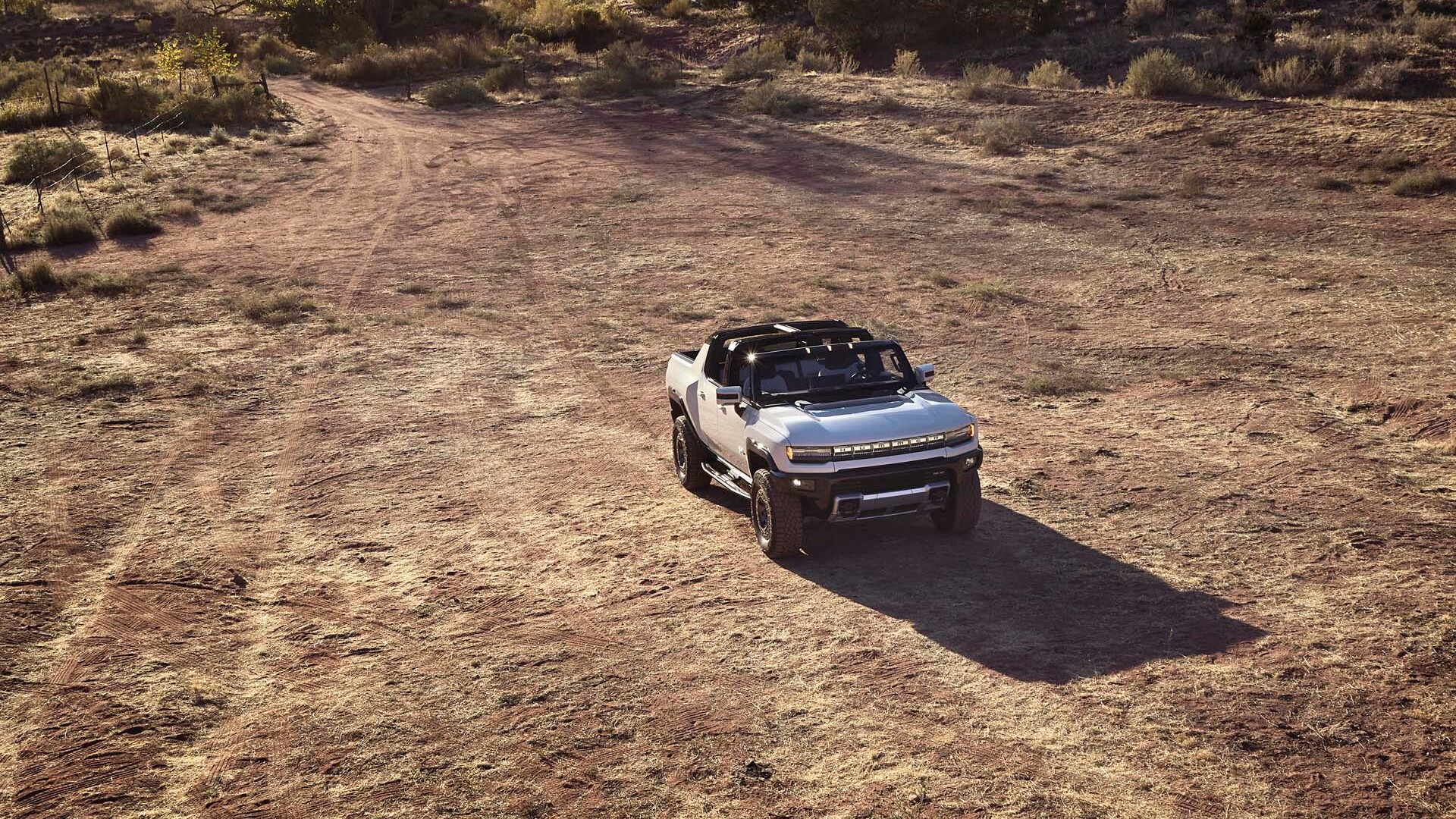 The 2022 GMC Hummer EV is by no means an efficiency exemplar.

In recent weeks, EPA certification documents were made available for the Hummer EV, and they put exact numbers on what we already knew would be this big electric truck’s Super Size dimensions, capacities, and consumption.

That brought on another round of very critical assessments of the Hummer EV—with some fixating on a point that it’s downright wasteful. The more we know, the easier it’s been for green-car types and EV enthusiasts to demonize GM’s electric “supertruck,” weighing in at more than 9,000 pounds, as an analog of all that’s wrong with EVs.

I am going to consider carbon footprint and greenhouse gas emissions. But first, with focus drawn back, if you fixate only on the Hummer EV’s weight and waste versus other EVs, you’re missing the point. Here are some arguments for why the Hummer EV actually makes some green sense despite its excess.

It’s always going to be a low-volume model. GM has hinted all along that the GMC Hummer EV isn’t intended to be a mass-market model. It’s the Chevy Silverado EV and GMC Sierra EV that will arrive in greater volume. And it’s reasonable to assume they’ll be significantly more efficient.

It’s a “poster car.” Did you have a Ferrari on your bedroom wall? A ZR1? A Raptor? Poster cars are always about excess, and the Hummer EV is no exception. Isn’t it better to aspire to an electric truck?

It appeals to the “brodozer” crowd. What matters is that the Hummer EV looks even more able than its gas-guzzling predecessors. As such, it’s conducting a ground offensive that’s swaying opinions on EVs for those who might otherwise be the toughest to convince. For those who see the kings of the road as heavy-duty diesel pickups with emissions defeat devices that boost performance and smoothness to the detriment of emissions, while “rolling coal” along the way, we think the Hummer EV makes the best appeal yet. You won’t find the uppity undertones of a Tesla Cybertruck or a Rivian R1T; it’s a Hummer.

Nearly every one means one less gasoline truck. It’s not replacing far more efficient electric cars. GMC has made clear that the Hummer EV is aimed at truck enthusiasts—including a full line of accessories designed in parallel with the vehicle.

So why is the Hummer EV better for the planet than a gasoline truck?

First, let’s get past the shock and awe of the numbers. The latest round of certification documents revealed some vital stats about the battery pack—that it weighs 2,923 pounds itself, with a respectable specific energy of 158 watt-hours per kilogram. Further, the double-decker pack has a total battery volume listed at 1,012.5 liters—the space of more than ten of the 26-gallon fuel tanks typical to full-size trucks.

To put it another way, the Hummer EV has more than ten times the gross battery capacity of an original Nissan Leaf. And the battery pack alone in the new GMC Hummer EV weighs more than a complete 2022 Toyota Corolla Hybrid sedan.

Would you rather be seen in either of those eco-warriors? This is indirectly GM’s whole argument.

In a certification summary document, battery energy capacity is listed at 617 wh, with the pack voltage at 400 volts—suggesting a gross battery capacity of nearly 247 kwh.

Usable capacity, based on earlier calculations, is expected to be about 213 kwh. The EPA claims to have put 234.17 kwh of “recharge event energy” into the Hummer EV—a figure that includes any losses at the onboard charger and tends to be about 10% greater than the usable capacity. So it reinforces that GM’s true usable range remains in this ballpark—greater than the “about 200 kwh” the company originally indicated.

Napkin math on the Hummer EV’s suspected carbon footprint versus other EVs looks abysmal. At its EPA range of 329 miles and 213 kwh, it’s getting just over 1.5 miles out of every kwh—roughly a third the efficiency of the Lucid Air Grand Touring’s 4.6 mi/kwh. Plus it carries around roughly double the precious battery-pack raw materials of other long-range EVs to date.

Electric vehicles are, in the operation sense, as clean as the electricity you plug into. So the Union of Concerned Scientists has long studied the lifetime carbon footprint of EVs compared to internal combustion vehicles, incorporating information about the nation’s power generation mix.

Based on the organization’s last update on EV emissions and comparative ICE mpg, David Reichmuth, senior engineer for the UCS Clean Transportation Program, estimated that the Hummer EV has roughly half the efficiency of an average EV in its calculations. Thus, it’s about the equivalent—in a very “general” sense—of a 67-mpg gasoline vehicle in California or a 46-mpg vehicle across the U.S. as a whole.

Or, in Michigan, where the Hummer EV is built, it might be the equivalent of about a 27-mpg gasoline vehicle.

The F-150 Lightning is far more efficient than the Hummer EV—with up to a 300-mile range from 131 kwh. Last year Reichmuth’s analysis suggested that the Lightning is the equivalent of an 85-mpg gasoline vehicle in CO2 footprint, with 70% of the U.S. population in a place in which the electric truck would produce less than half of the GHG emissions than the gasoline version.

Cradle to grave: A cleaner grid counts for a lot

That’s just the consumption-and-use side—including power generation and electricity distribution losses. The Hummer EV costs more energy and resources to build, too—especially its battery pack. A 2018 paper by the International Council on Clean Transportation, rounded up a range of academic research looking at the effects of battery manufacturing on EV life-cycle greenhouse-gas emissions. It estimates that a 50% larger battery pack will increase the life-cycle CO2 of a vehicle by 18%.

In a closer look at manufacturing emissions in 2015, the UCS found that it took just 6 months to 18 months of typical driving to offset the additional emissions of manufacturing for EVs. A recent study from the University of Michigan and Ford claims a breakeven time of just 1.3 years for pickups based on average vehicle miles traveled.

The Ford-supported Michigan study claims to include cradle-to-grave assessments, but it’s unclear how far upstream in the supply chain it looks—in aspects like rare-earth sourcing, for instance. According to it, sedan, SUV, and pickup EVs have about 64% lower cradle-to-grave greenhouse gas emissions compared to equivalent gasoline vehicles. It also concludes that replacing an ICE pickup with an electric one saves the most CO2 over its lifetime versus other vehicle types—the equivalent of 74 metric tons.

Back on the use side, it’s worth keeping in mind that the nation’s power grid is cleaning up rapidly. UCS noted that from 2018 to 2021 its estimate of EV-related use emissions is about 15% lower.

“If that’s the vehicle that’s required, and you’re switching from gasoline to electricity, that’s a net savings,” said Reichmuth, noting that even if you’re switching from a Honda Fit to a Ford F-150 Lightning (or, yes, a Hummer) there’s going to be some CO2 savings—albeit less than if you’d switched to a Tesla Model 3.

And that leads to a very important point: The Hummer EV, just in some of the garage-straining starting points and performance-vehicle targets, pretty much assures that it’s going to remain a niche model.

“Most people are going to want and need something smaller in their garage,” said Reichmuth. “I think it’s more a matter of making sure that there’s these mainstream vehicles—whether that’s cars or the small crossover SUVs that are the most popular segment in the market. Electrifying that is of much more concern than this sort of volume outlier.”

Reichmuth underscores that simply put, you should get the most efficient and least heavy vehicle that suits your needs—and generally these are one and the same. If you need a Ford F-150, and that’s the vehicle that’s required, it’s a huge net savings for the planet to go electric—and encourage your friends in F-150s to do so too.

For now, the humongous battery pack is in itself the Hummer EV’s own market limitation, says Reichmuth.

GMC does have lighter, more affordable versions of the Hummer EV on the way—including the SUV version, and a base version that will have a smaller pack and will cost $79,995, due in 2024.

Some of those models won’t be qualifying as heavy-duty trucks like these initial versions—which may be a reason GM went ahead and filed a full suite of certification documents with the EPA.

And perhaps it will help illustrate just how much more efficient, when you put aside some of the “supertruck” ego, the company can make its upcoming full-size electric pickups. GM deserves some of the flak it’s getting over the sheer impracticalities of the Hummer EV’s size and weight. But that doesn’t bely the point that going where no EV has gone before is most definitely a good thing.