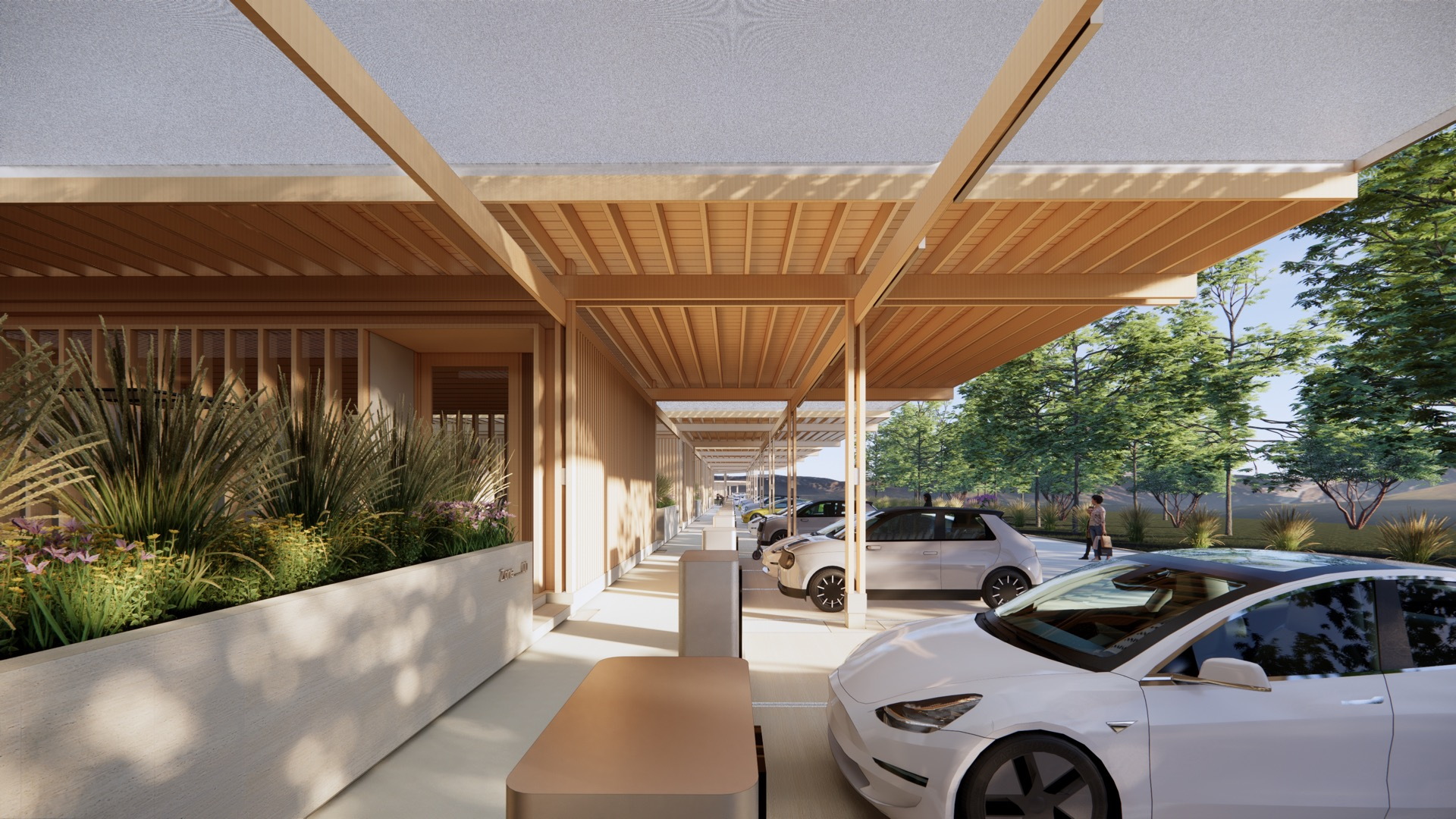 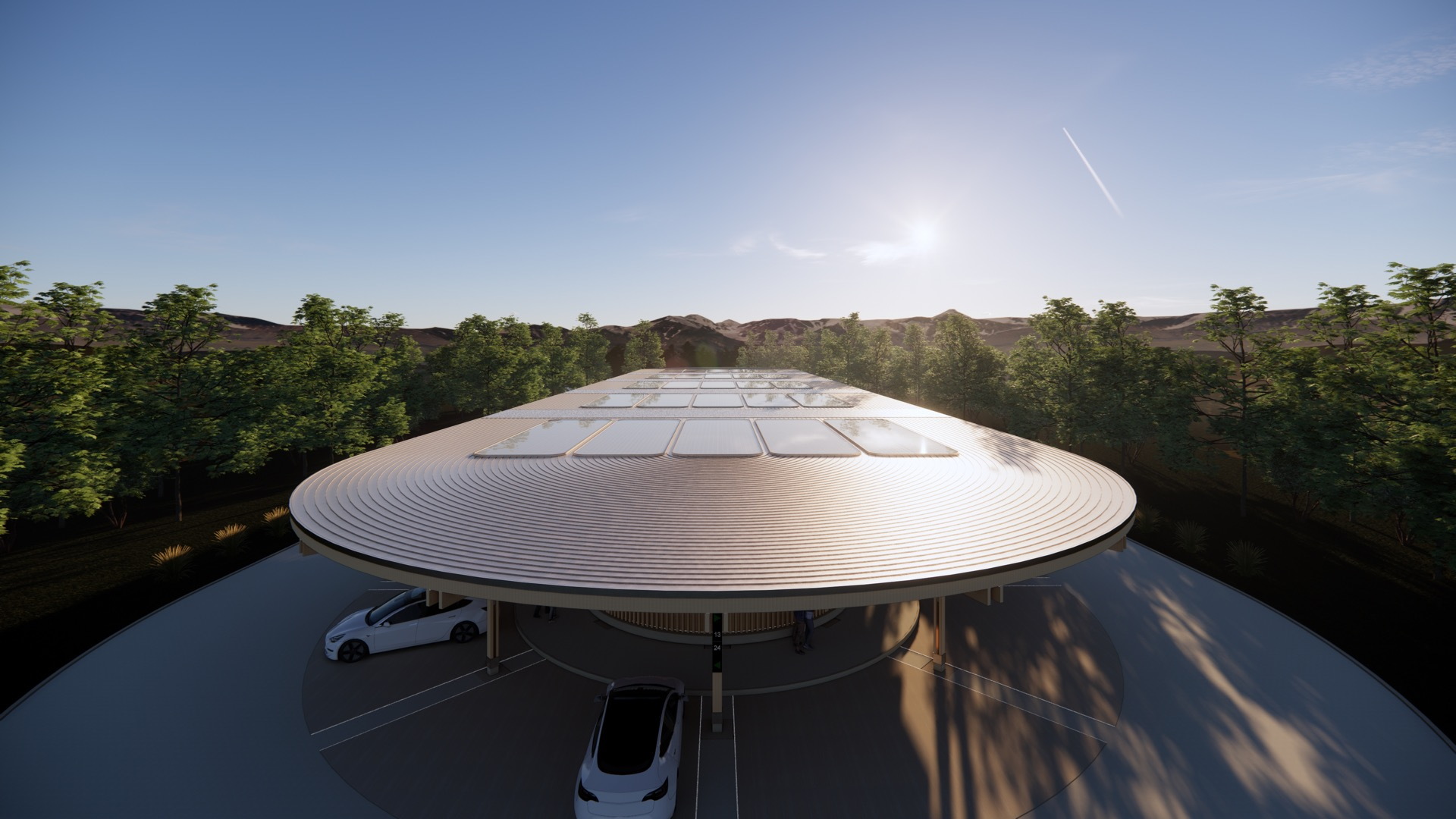 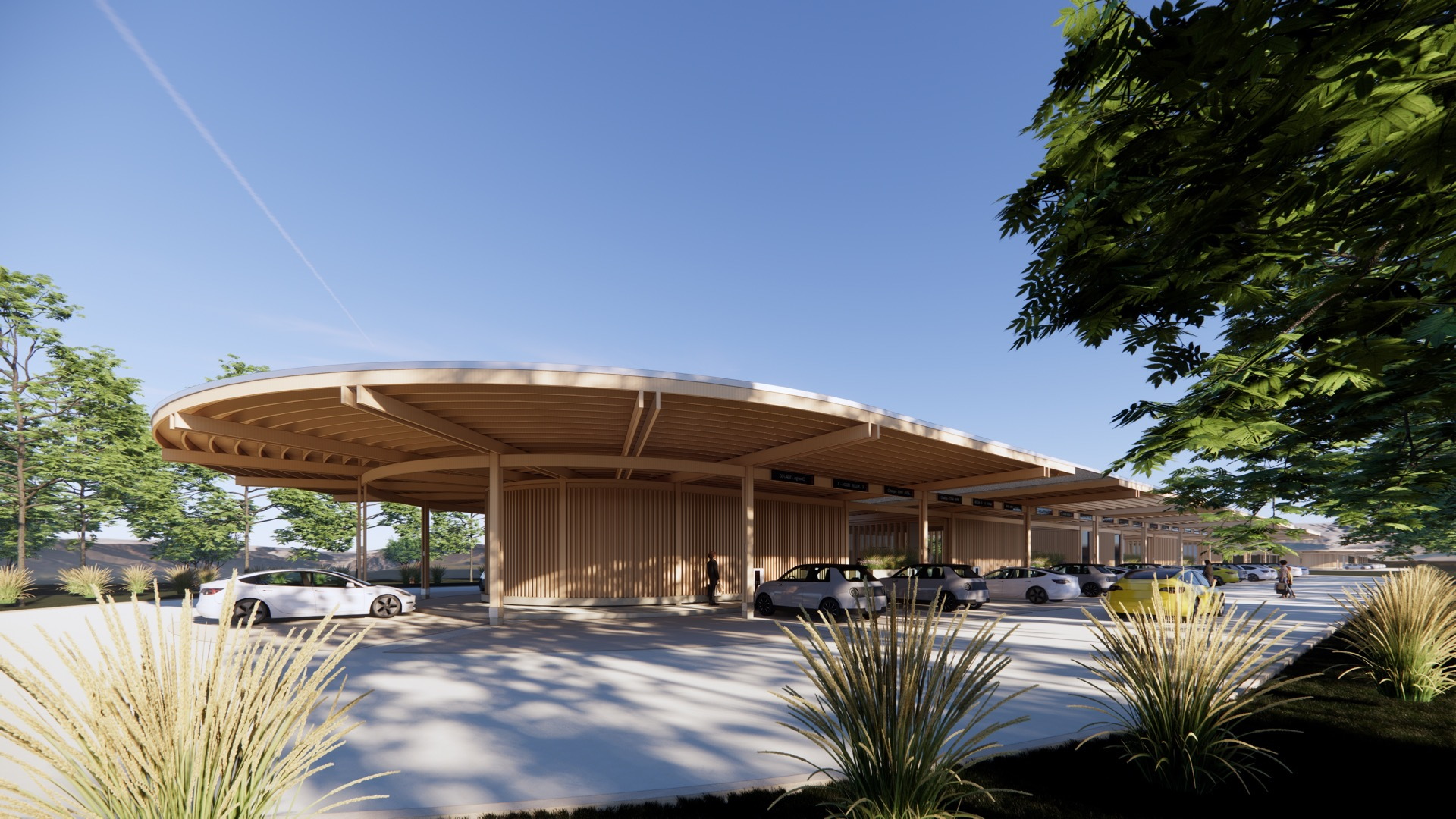 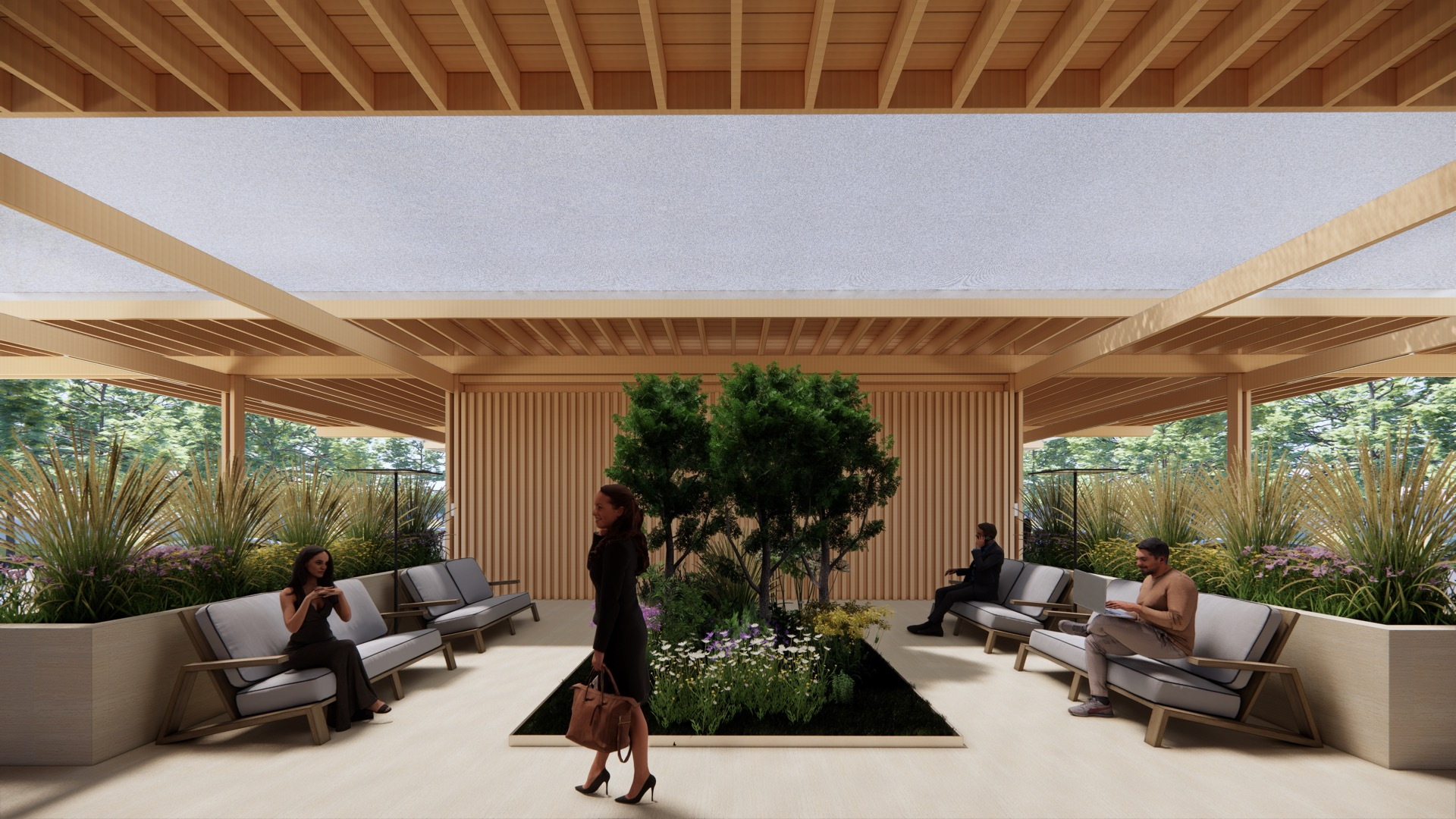 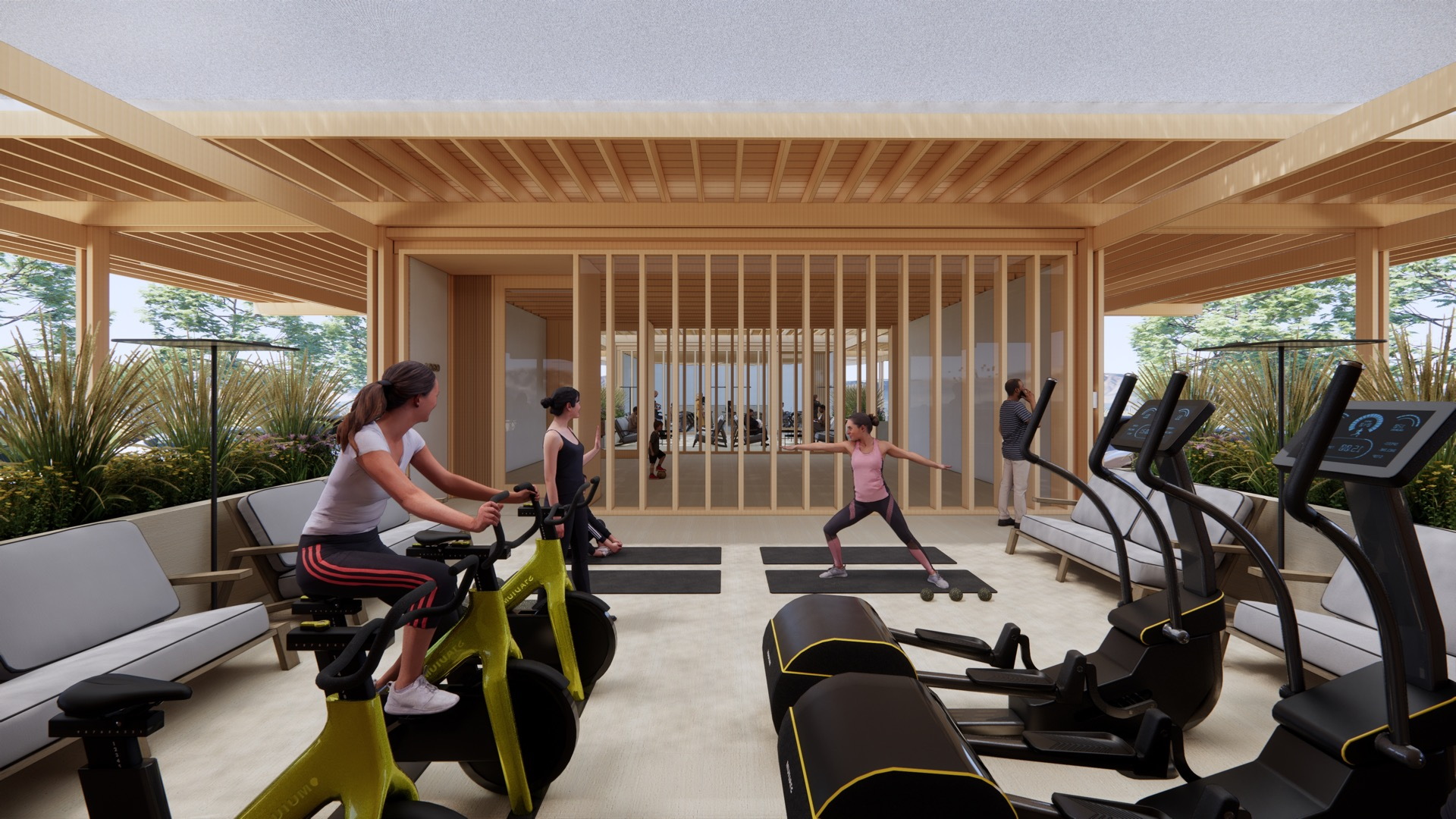 Will the electric-vehicle charging station of the future look a lot like a gas station, or will it involve more clusters of chargers in corners of vast blacktop parking lots?

Thankfully, if you go by the winners, announced earlier this month, of a competition called “The Electric Fuelling Station of the Future,” the answer is neither.

The recent competition, from Electric Autonomy Canada and presenting sponsor Parkland Corporation, a fuel retailer, called out for submissions and received more than 100 entries from across the world, primarily from architects and designers. Cadillac was the automotive sponsor, while CIBC, Dentons, AVÉQ, and EV society were among the other sponsors and partners. Entries were judged by a jury “representing a diversity of expertise including the architectural community, EV drivers and infrastructure.”

Electric fueling station of the future -

The winning design, called “More with less” and by James Silvester of Edinburgh, Scotland, would include a sustainable, modular structure including a cafe, convenience shop, toilets, and showers. There could also be optional retail and play areas, as well as in larger locations, areas for art display, farm food stalls, fitness, BBQ points, and a “sensory garden” that’s a calm, natural space.

At night it’s lit with LED strip lighting in an overhead canopy that extends outward over each bay and wraps around, and dynamic signs guide you to available charging spaces on arrival, with multiple charge connectors at each space makes it easier to navigate.

Electric fueling station of the future -

Second prize in the competition went to “The Circle,” from Selçuk Kişmir, of Fabrica in Istanbul, Turkey. In this design, a green canopy includes solar panels and covers the charging stalls while encircling an open courtyard—a “relax area” with outdoor dining, market areas, and art space.

A design called “Plug and Play,” from Pavlo Babiienko of Berlin, Germany, won third place, also offering a canopy over charging, with various openings including greenspace, a variety of amenities, and more light.

Based on all the submissions, the jury makes this prediction for the future: “The new paradigm will be ‘all under one roof.’ Picture a pavilion-like hub that can accommodate charging, relaxation and other amenities in a smaller-impact structure.” It also anticipates that it will be a modular concept that can be scaled up or down to meet varied site needs.

Parkland says that it plans to bring the winning design to life, as part of an “ambitious electric vehicle charging strategy in British Columbia.” It also says that the concept could be extended to “other geographies.”

With the U.S. currently looking for states to submit plans for the start of a federal EV charging network, and the Biden administration’s goal of a 500,000-charger network by 2030, this is valuable guidance that might be helpful as those plans form.

As we’ve pointed out before, many fuel retailers and convenience stores want to bring EV charging to America in a familiar form, while charging companies tend to think that charging stations should be incorporated wherever they’re convenient—which might not be in the same type of locations or format as for gasoline vehicles.

And although Tesla's Supercharger network has been a model for locations, uptime, and efficiency, its charging stations are hardly a place drivers and traveling families might look forward to. After first hinting that an "old school" diner location was in the works for Santa Monica in 2018—something that hasn't been built—CEO Elon Musk last week claimed that a futuristic diner and drive-in theater are planned for a Hollywood location.

This contest helps underscore that a better solution might involve seeing the situation through the lens of EV drivers and thinking of road-trip charging stations as a public space.

We already see some basic requirements that few, if any existing charging stations have that would make them a lot more enjoyable—like simple canopy covers. We’re at a point at which a whole lot of infrastructure is due to be built. If we get all stakeholders involved, this can be better.

There are so many good ideas in play here. Watch the videos of the three winners below, scroll through the gallery above, and let us know what you think.