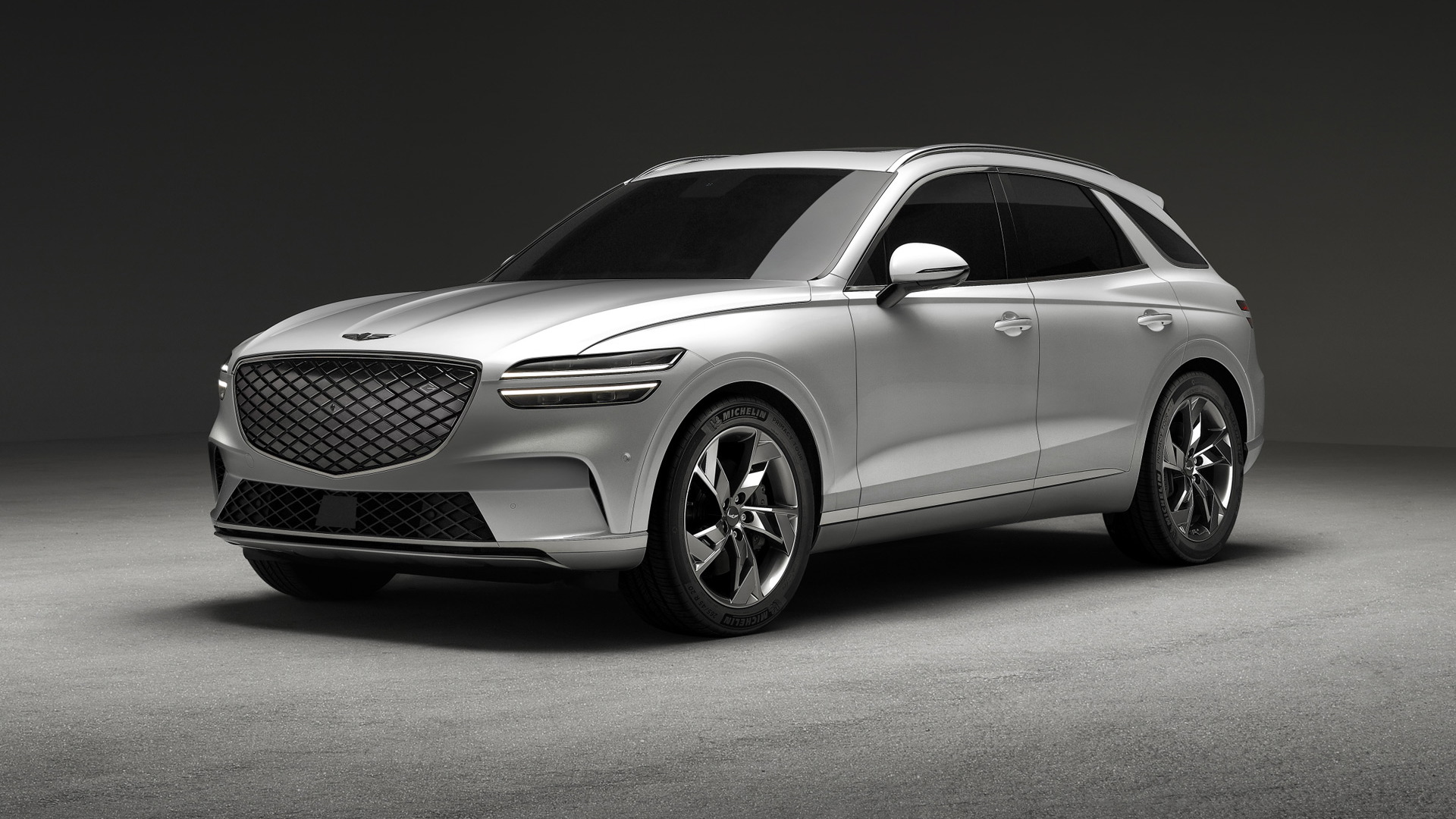 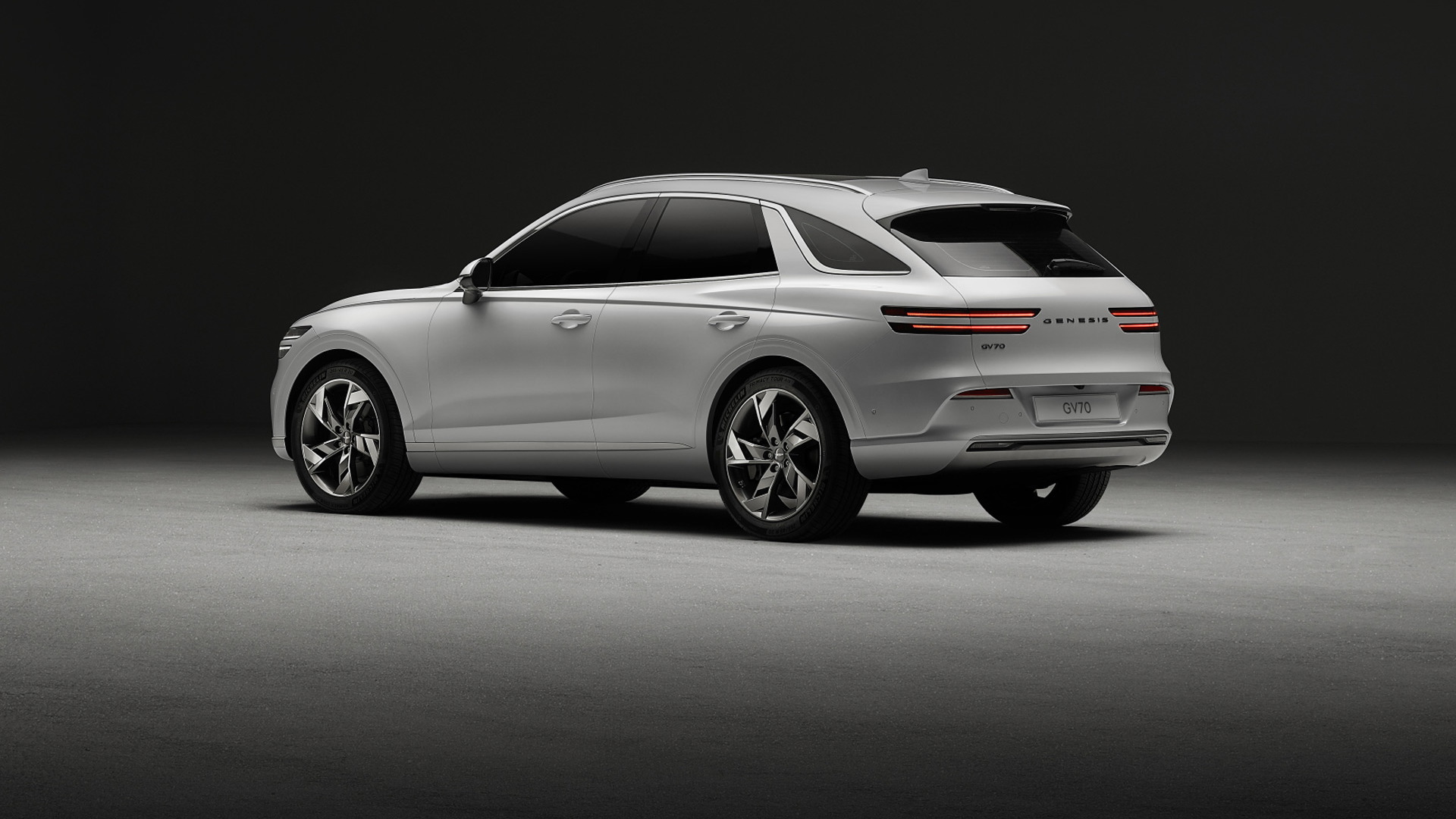 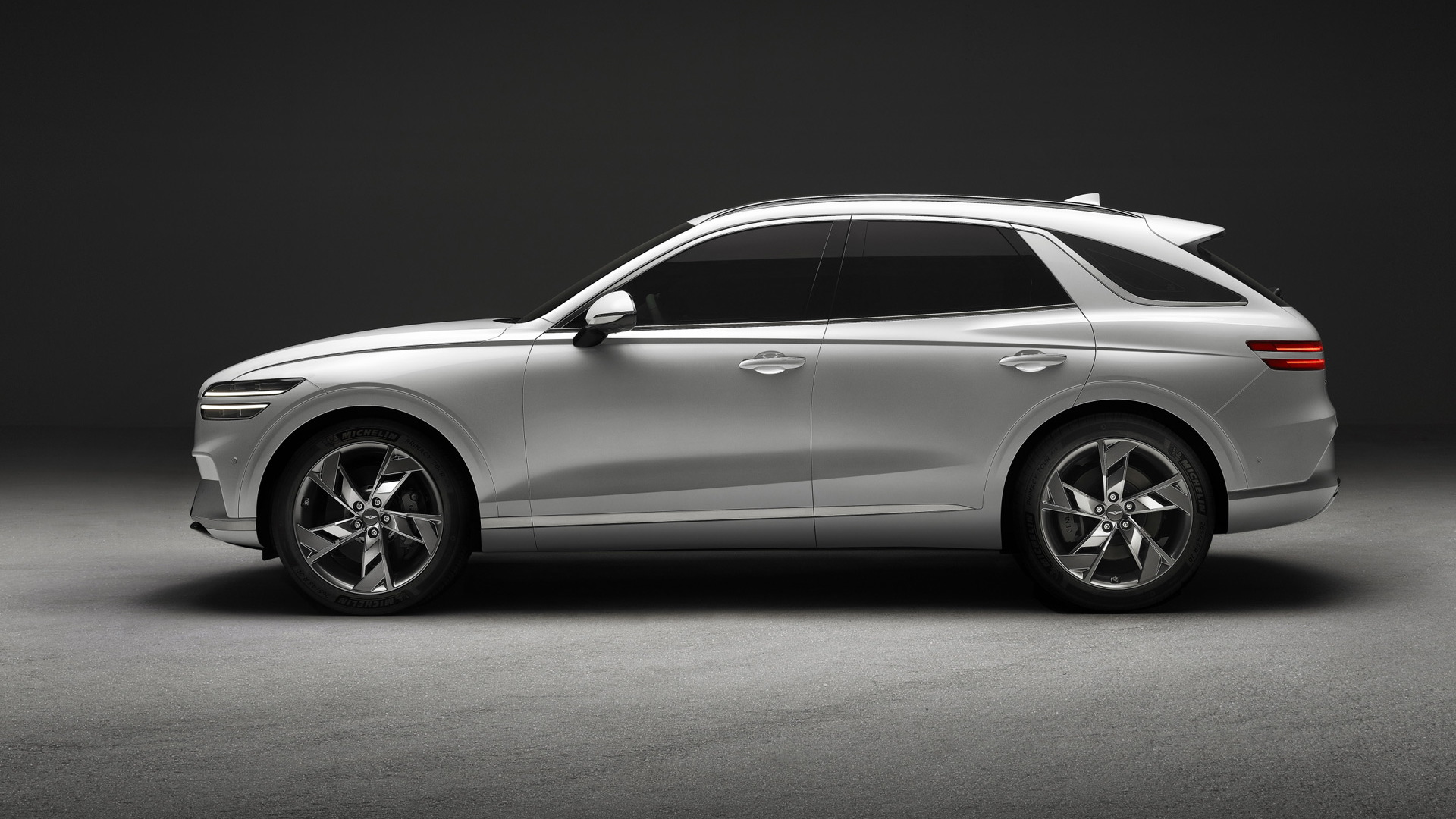 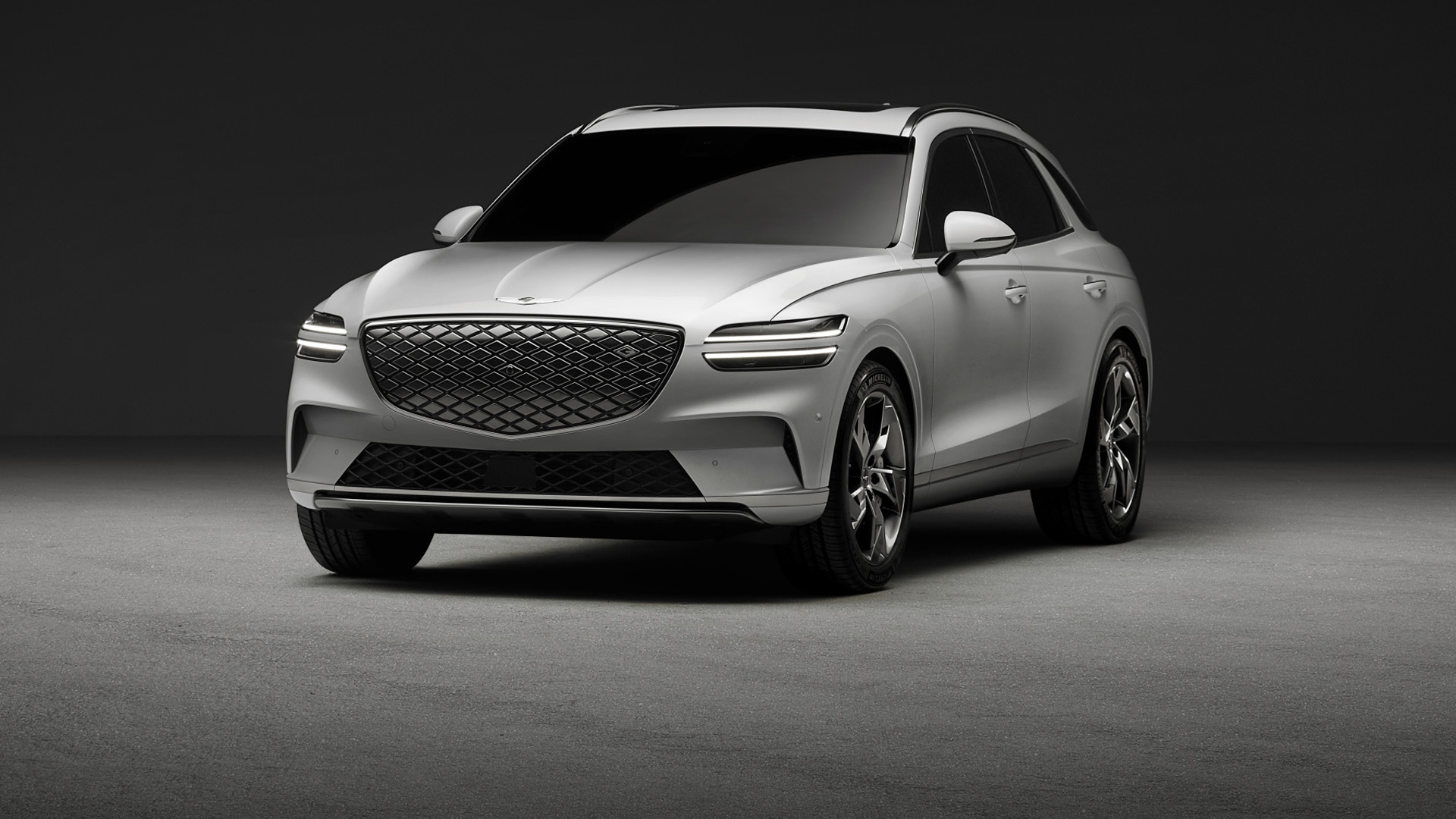 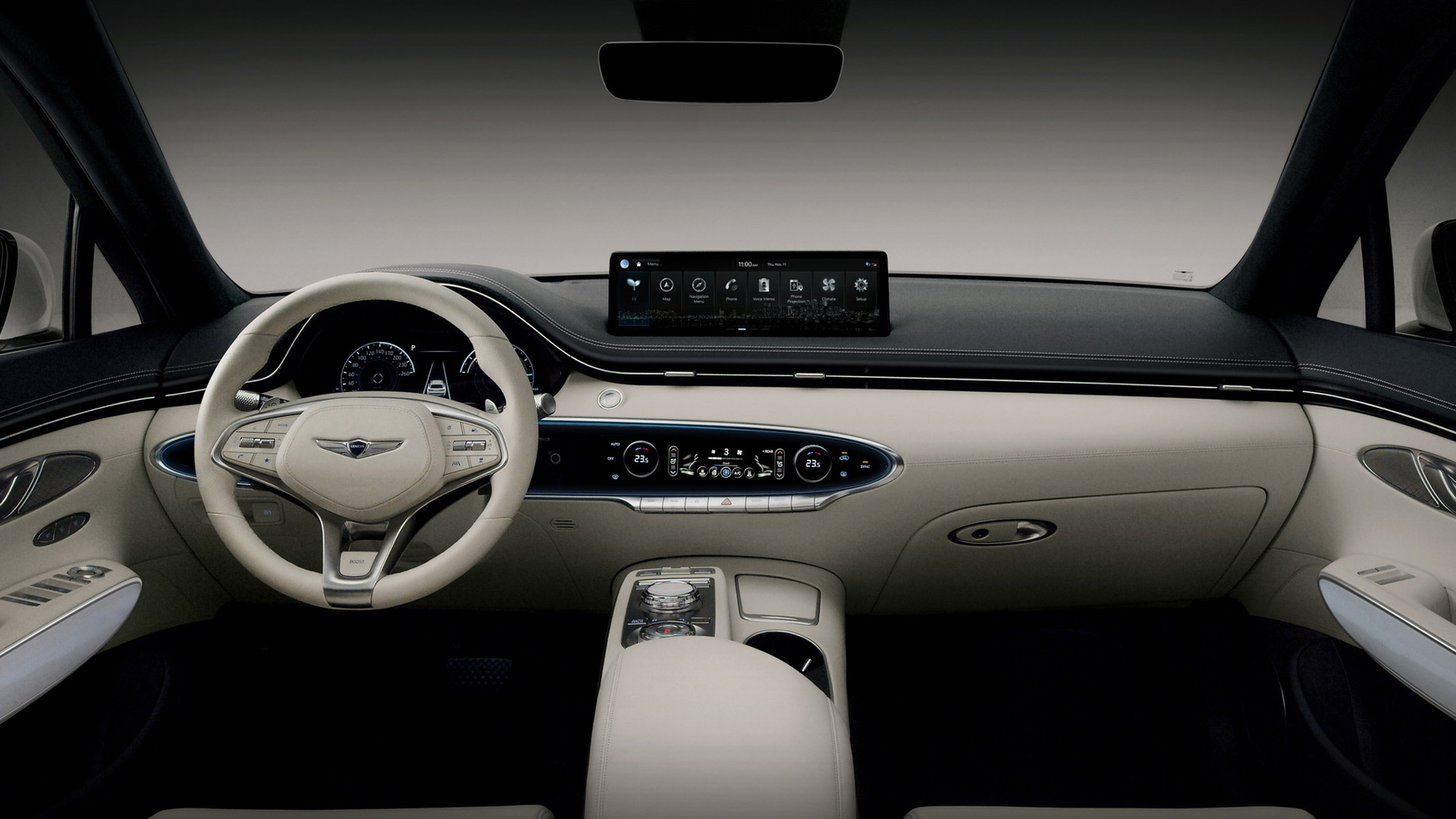 Hyundai’s Genesis luxury brand revealed a fully electric version of its GV70 SUV, called the Electrified GV70, on Friday at Auto Guangzhou 2021 in China. And it confirmed that the model will be coming to North America.

The reveal fills in a missing piece in a recent report that Genesis could be planning to make the GV70 EV in the U.S. starting next year. At the time the report emerged, a GV70 EV hadn’t yet been confirmed for anywhere in the world, but now here it is.

The GV70 is one of this year’s most anticipated—and well-received—luxury vehicles. It offers turbo-4 or twin-turbo V-6 engines and 8-speed automatic transmissions, an adaptive suspension to help multitask between tackling trails (note the “tailpipe-free skid plate” in back) and carving though canyon roads. It wraps it all up with a stylish sport-wagon silhouette and one of the best interiors of any luxury car starting under $50,000.

In its Electrified form, Genesis has only said that the GV70 has dual electric motors and can offer up to 360 kw (483 hp) of power in a boost mode, with 0-60 mph acceleration in 4.5 seconds. The brand didn’t commit to any range figure.

Among the many other standout technology features of the GV70 EV is suspension technology handed down from the GV80 flagship SUV. It scans the road surface ahead with the vehicle’s front camera, adding data from the navigation system, to control the suspension.

Navigation data and road conditions are also taken into account by the Electrified GV70 new-generation smart regenerative braking system, along with driving habits. An i-Pedal system provides something akin to one-pedal driving.

With a so-called multi-rapid-charging system, the Electrified GV70 can be charged at 400 or 800 volts, and at a 350-kw fast-charger it can be charged to 80% in less than 20 minutes, Genesis claims.

The Electrified GV70, like the Hyundai Ioniq 5, includes a vehicle to load (V2L) function that lets it become an auxiliary power bank, with 3.6 kw out to power electric appliances outside the vehicle.

To help allow the advantages of dual-motor all-wheel drive but avoid unnecessary power loss, Genesis outfits the SUV with a system that can completely disconnect one motor depending on driving conditions. Although Genesis didn't confirm whether that’s the front or rear wheels, the internal-combustion GV70 is built on a rear-wheel-drive platform.

Inside, the Electrified GV70 offers the latest application for active noise cancellation, which has traditionally mainly been focused on keeping uncouth engine noises out of the cabin. This version, called Active Noise Control-Road, measures and analyzes road noise with four sensors and eight microphones, creating opposite-phase sounds to cancel it.

Genesis has already confirmed that the brand’s U.S. rollout of electric vehicles will include the GV60 electric crossover and a production version of the Electrified G80 sedan. With the Electrified GV70 as well, Genesis will have quite the lineup of EV options—and a great path for growth.