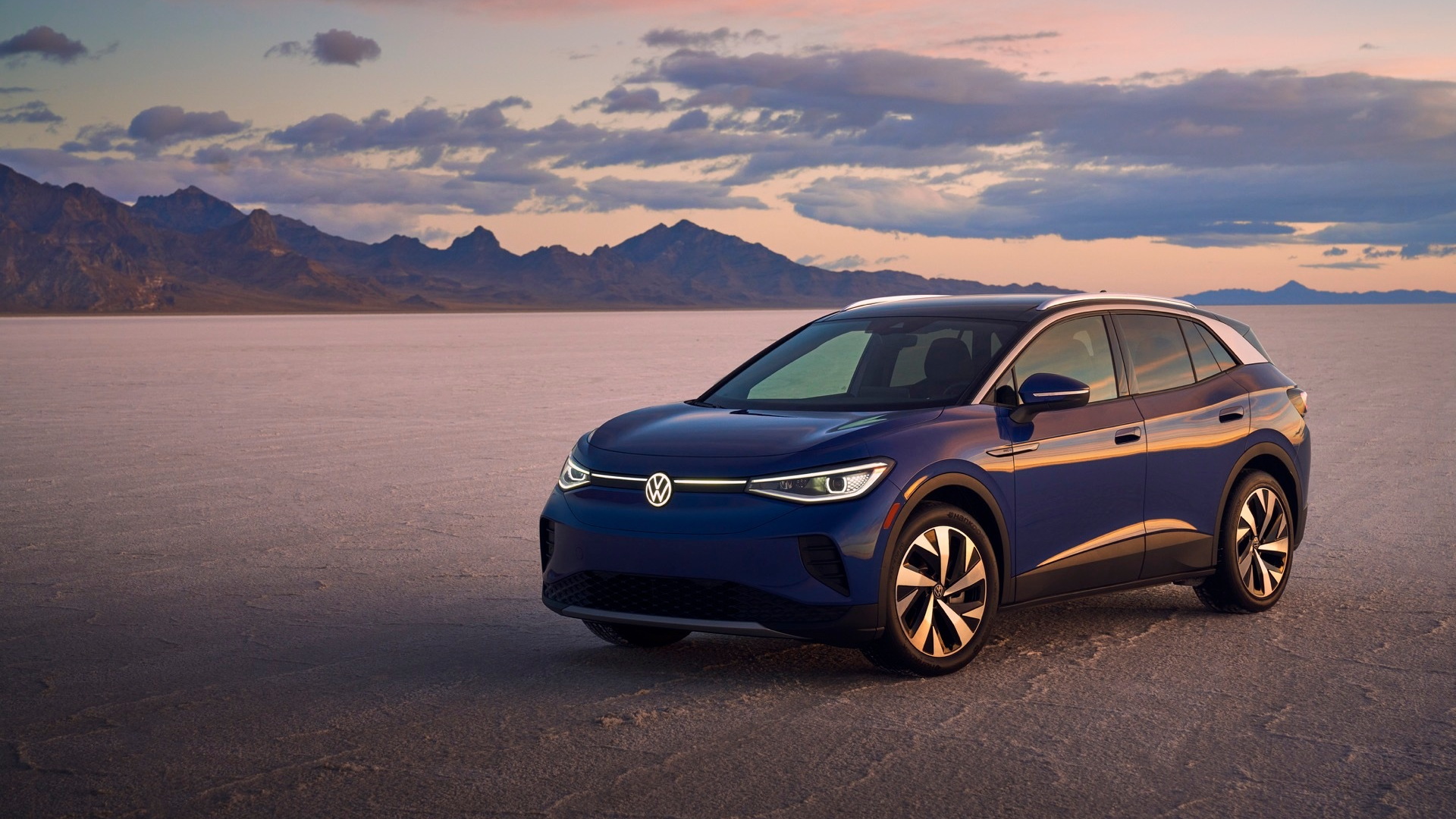 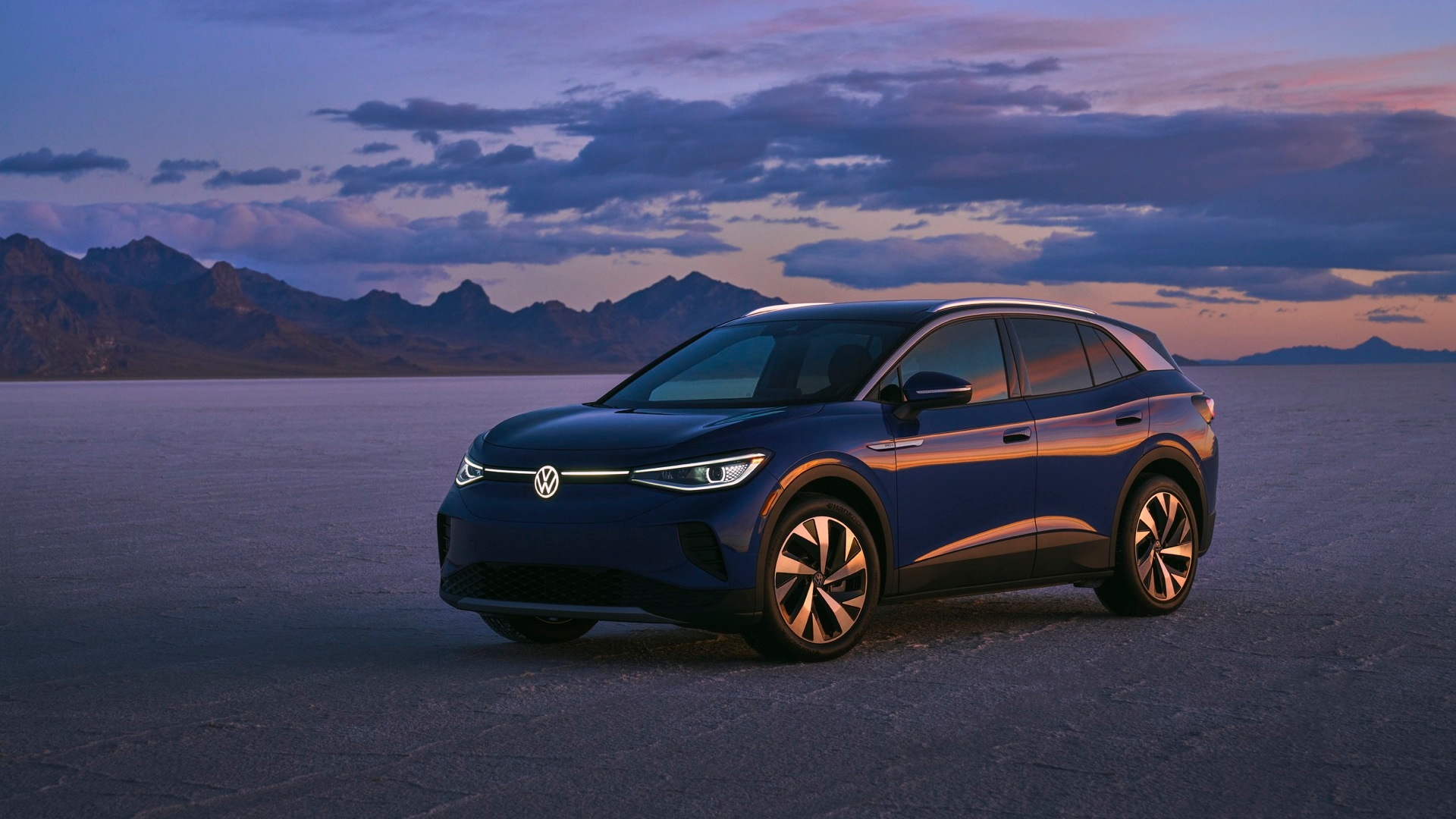 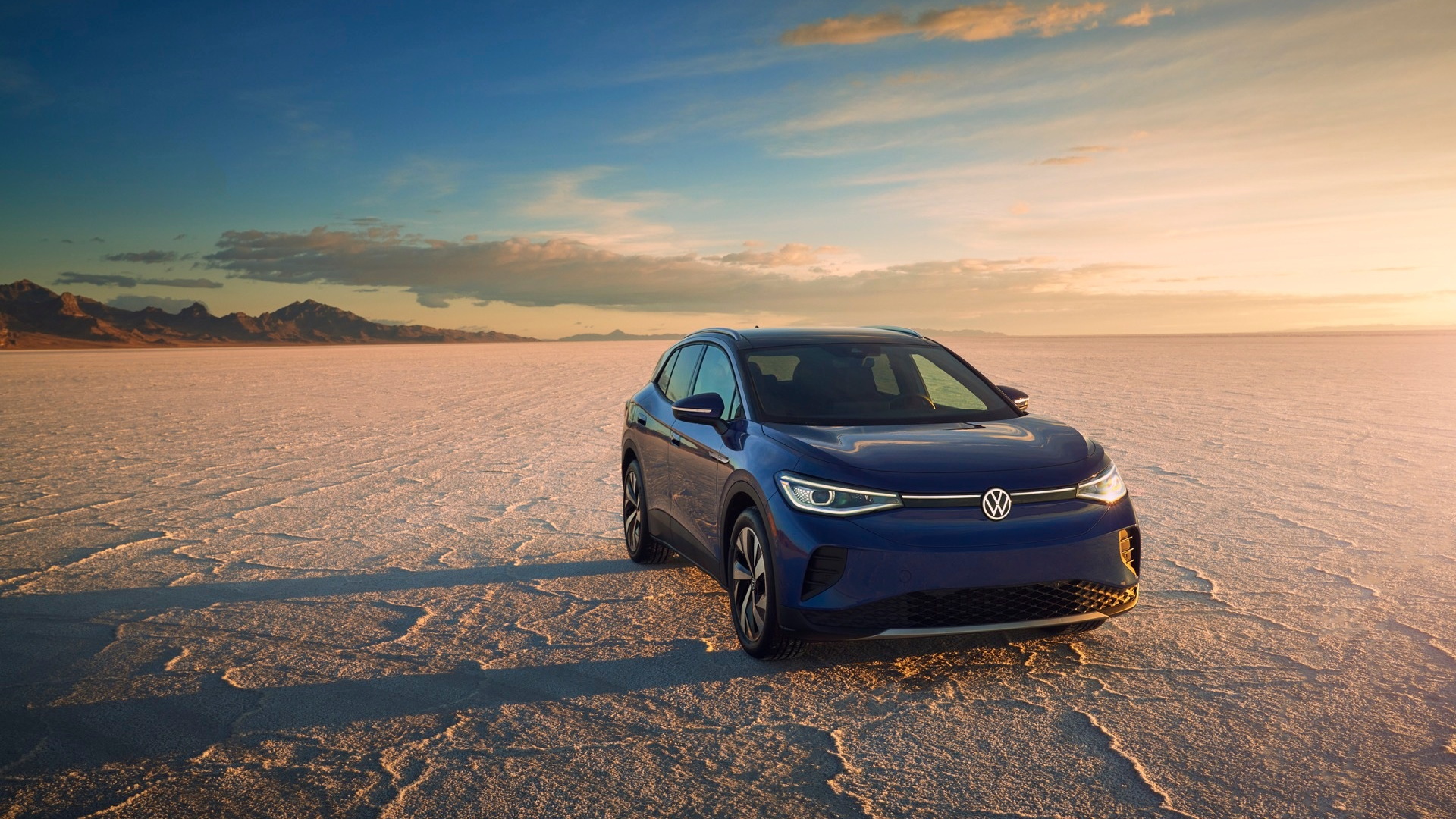 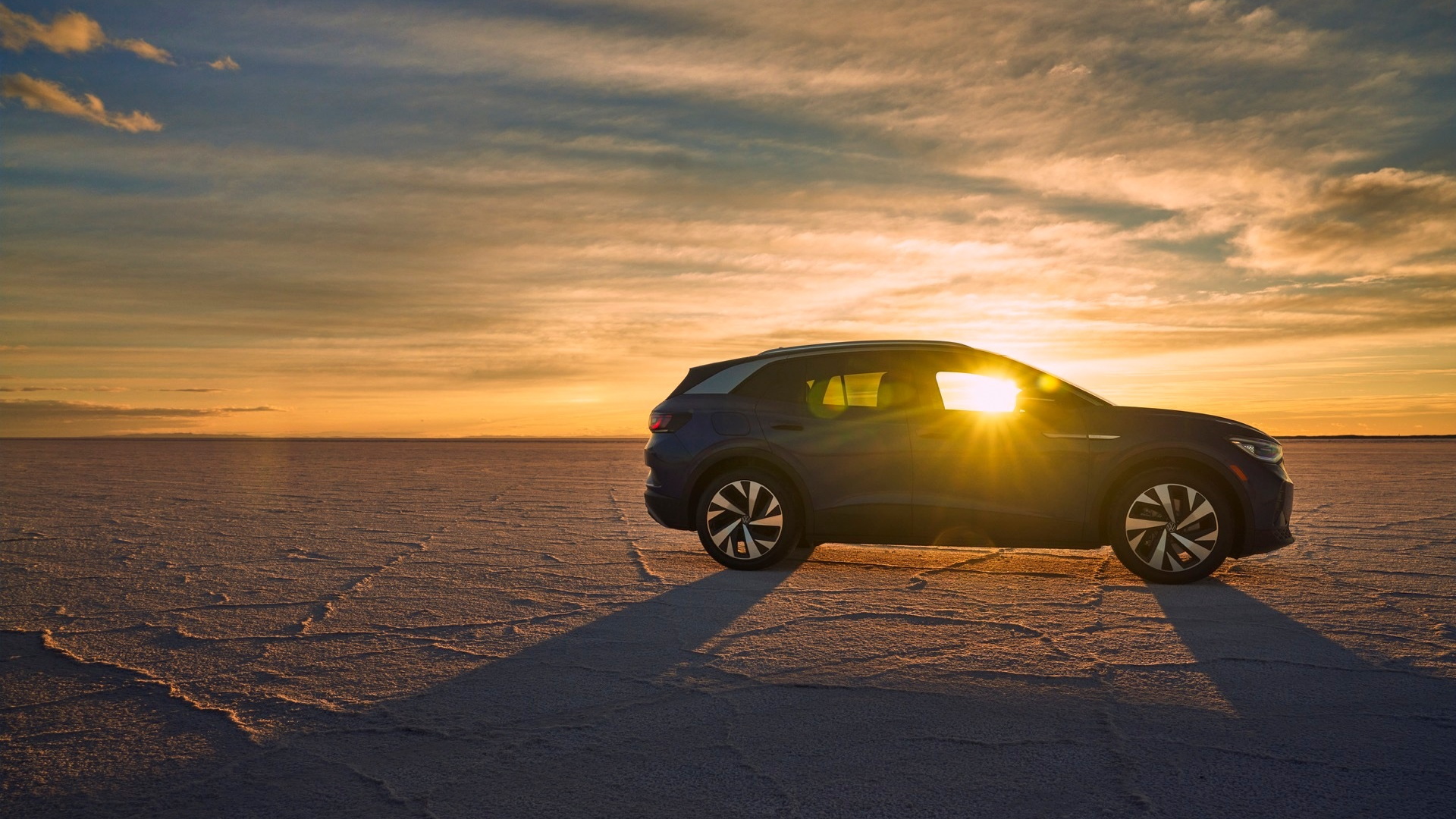 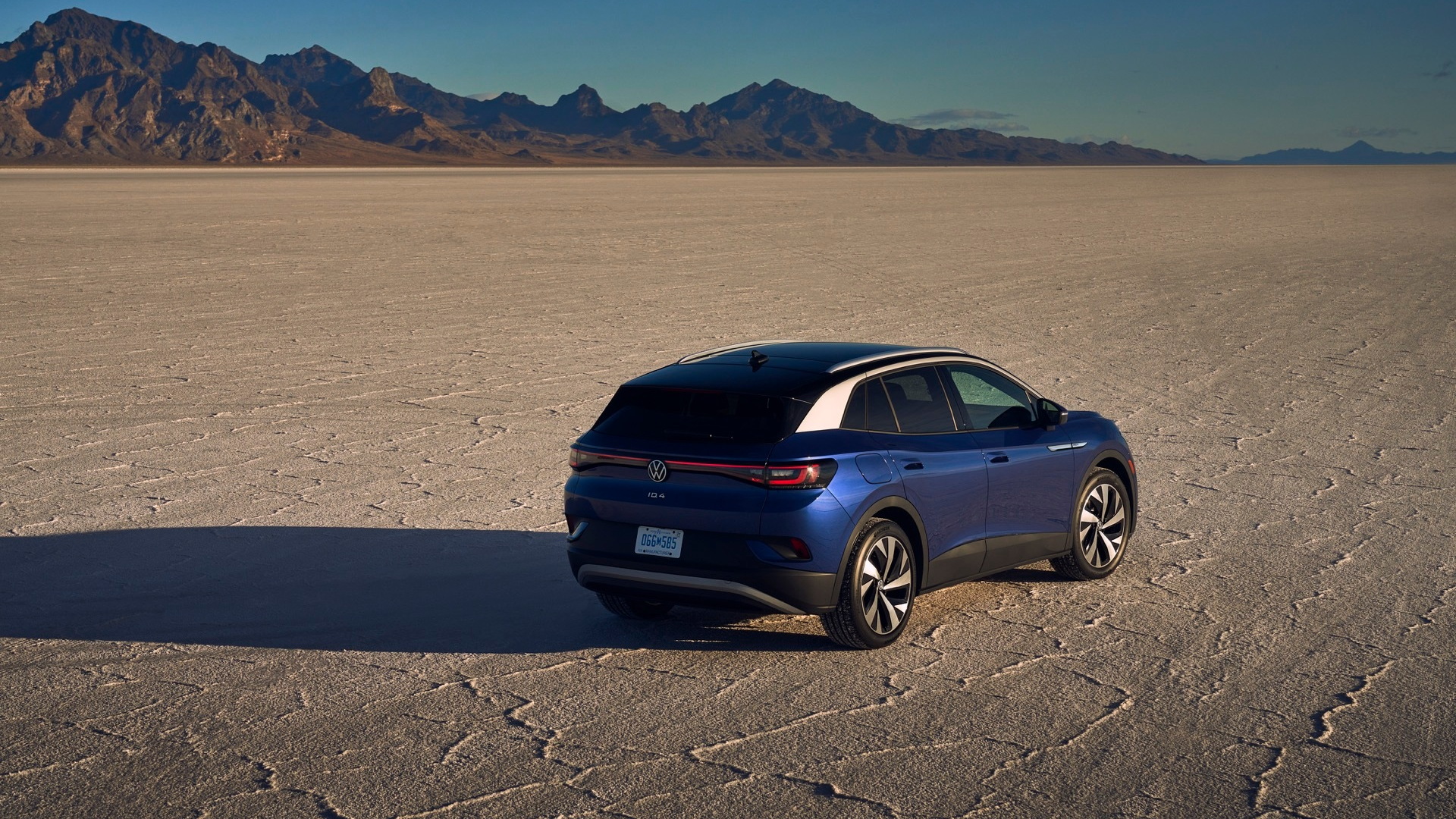 Unlike most other electric cars, the 2021 Volkswagen ID.4 doesn't feature anything close to one-pedal driving, the aggressive use of regenerative braking that many electric-car fans are fond of.

And it's for good reason, VW argues.

What happens when the driver of an electric car takes their foot off the accelerator pedal is a "difficult, philosophical question," the automaker said in a press release Wednesday. VW believes the answer to that question is coasting.

In its default driving mode (which automatically activates on startup), the ID.4 coasts "in the majority of cases" when the driver lifts off the accelerator, VW said. That's different from most electric cars, where lifting off the right pedal immediately triggers regenerative braking, recovering electricity and providing substantial deceleration.

The coasting function was designed to make driving more "predictable," VW said. It may be a good strategy, as the ID.4 is being aimed at mass-market gasoline SUVs like the Honda CR-V and Toyota RAV4. Less-aggressive regeneration (or recuperation, as VW likes to call it) could provide drivers switching from those vehicles with a more familiar experience.

The ID.4 does still use regenerative braking, but it activates when the driver steps on the brake pedal. The electric motor provides all braking up to about 0.25g of deceleration, according to VW, at which point the friction brakes activate. The braking control system was programmed to seamlessly blend regenerative and friction braking for consistent pedal feel, VW said.

The ID.4 also gets an Eco Assistance feature that pulls data from the navigation system and onboard sensors to improve efficiency. In certain low-speed situations, it will actually tell the driver to take their foot off the accelerator pedal, and use coasting and regenerative braking as needed, according to VW.

In addition, when drivers move the shifter from the default "D" to "B," regenerative braking will activate as soon as the driver lifts off the accelerator, VW said. However, deceleration is limited to 0.13g so that it "won't confuse drivers of conventional internal-combustion engine vehicles," the automaker noted.

VW's cousin Porsche has opted for a similar approach in the Taycan. The automaker said last year that the Taycan doesn't have one-pedal driving because it's easier for drivers to control braking with just the pedal. Regenerative braking can also get in the way of quick lap times—an important consideration for the performance-oriented Porsche EV.

Where the Taycan is a high-end luxury car, the ID.4 is aimed at a more mainstream audience. Pricing for the initial rear-wheel drive, 250-mile, ID.4 Pro version starts at $41,190, while an upcoming all-wheel drive model will start at $44,890. Meanwhile VW also just announced that it has expanded availability of a special 1st Edition model. VW also plans to launch a $36,000 base model once local production starts in Chattanooga, Tennessee, next year.