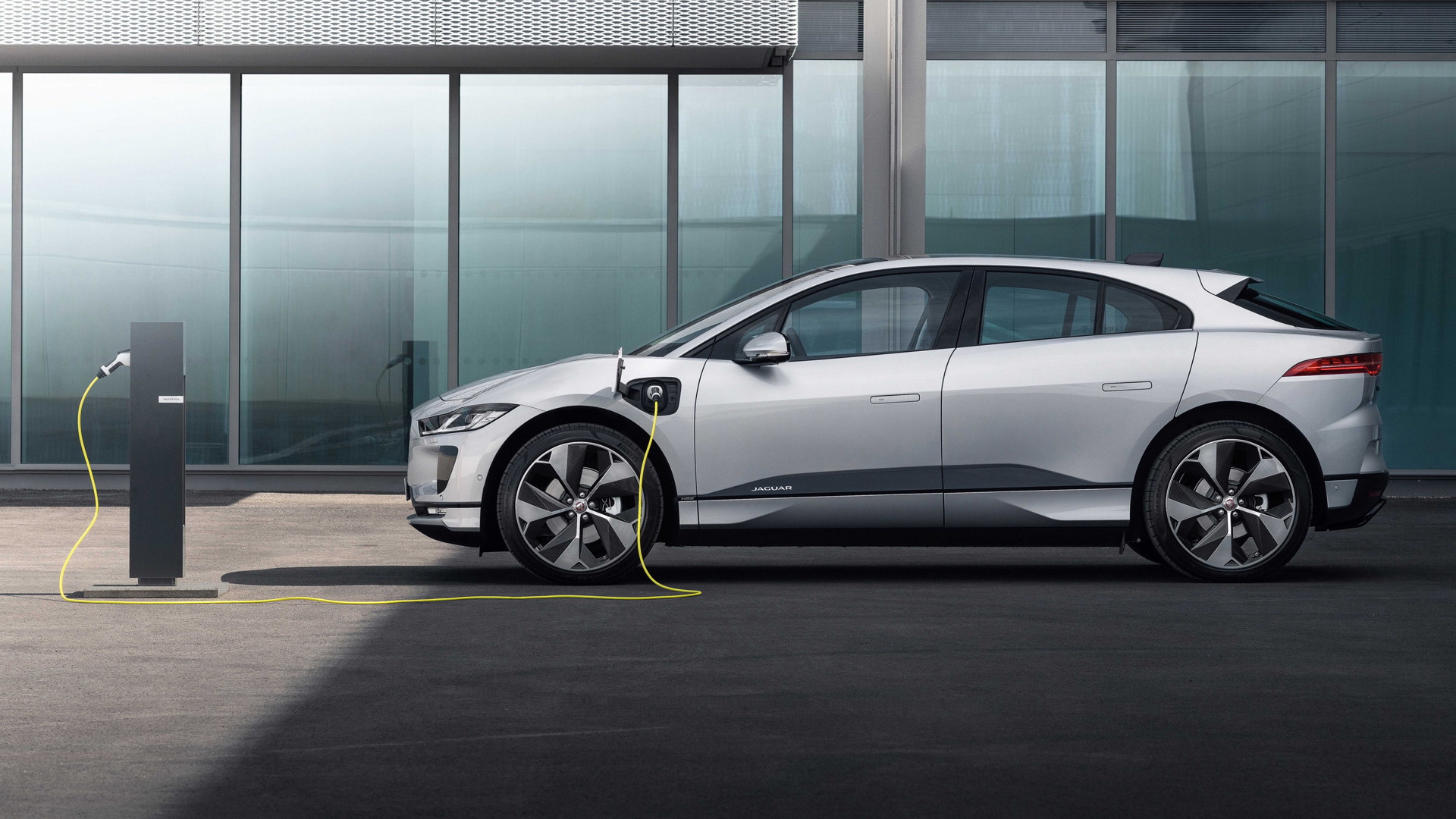 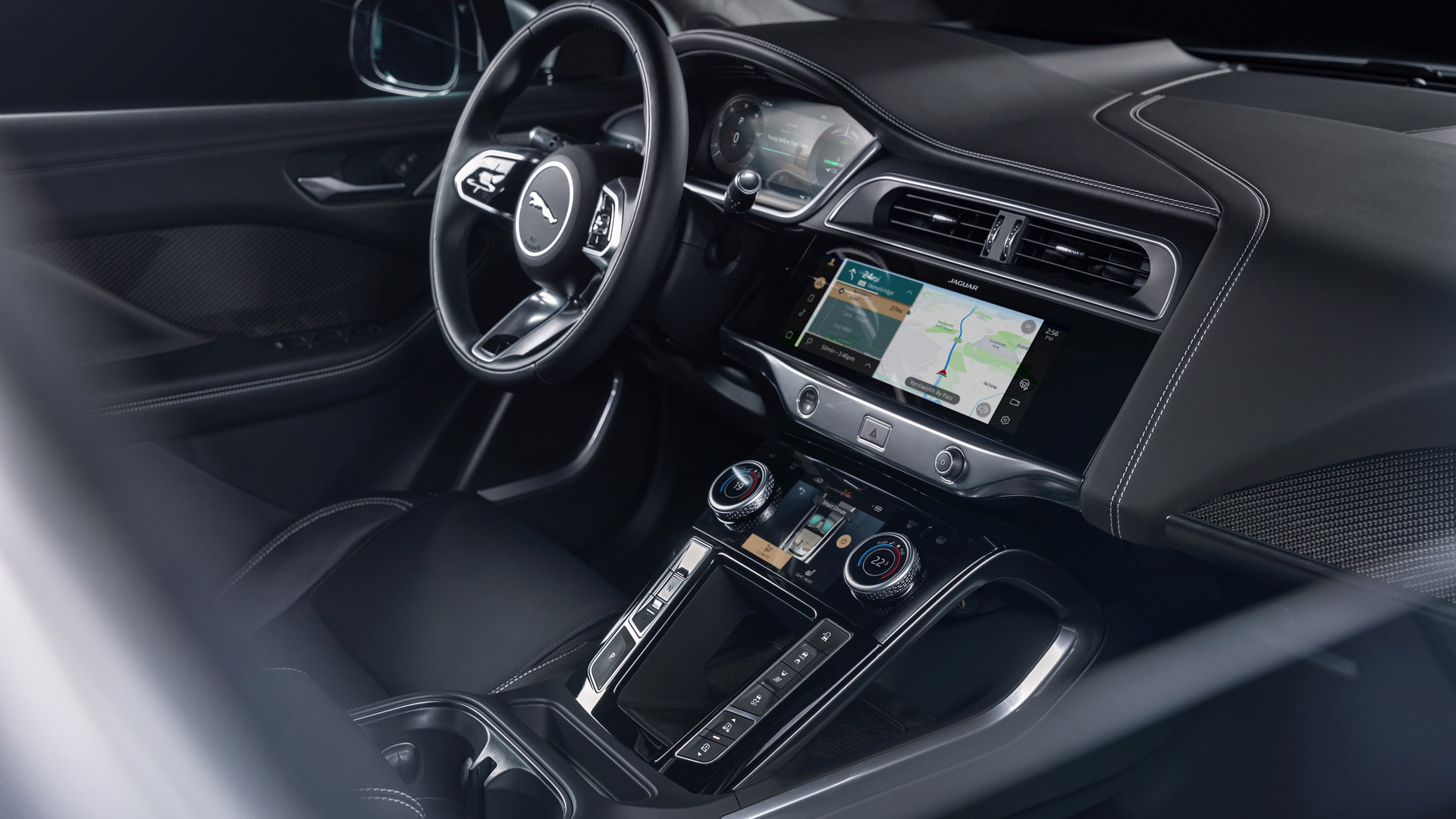 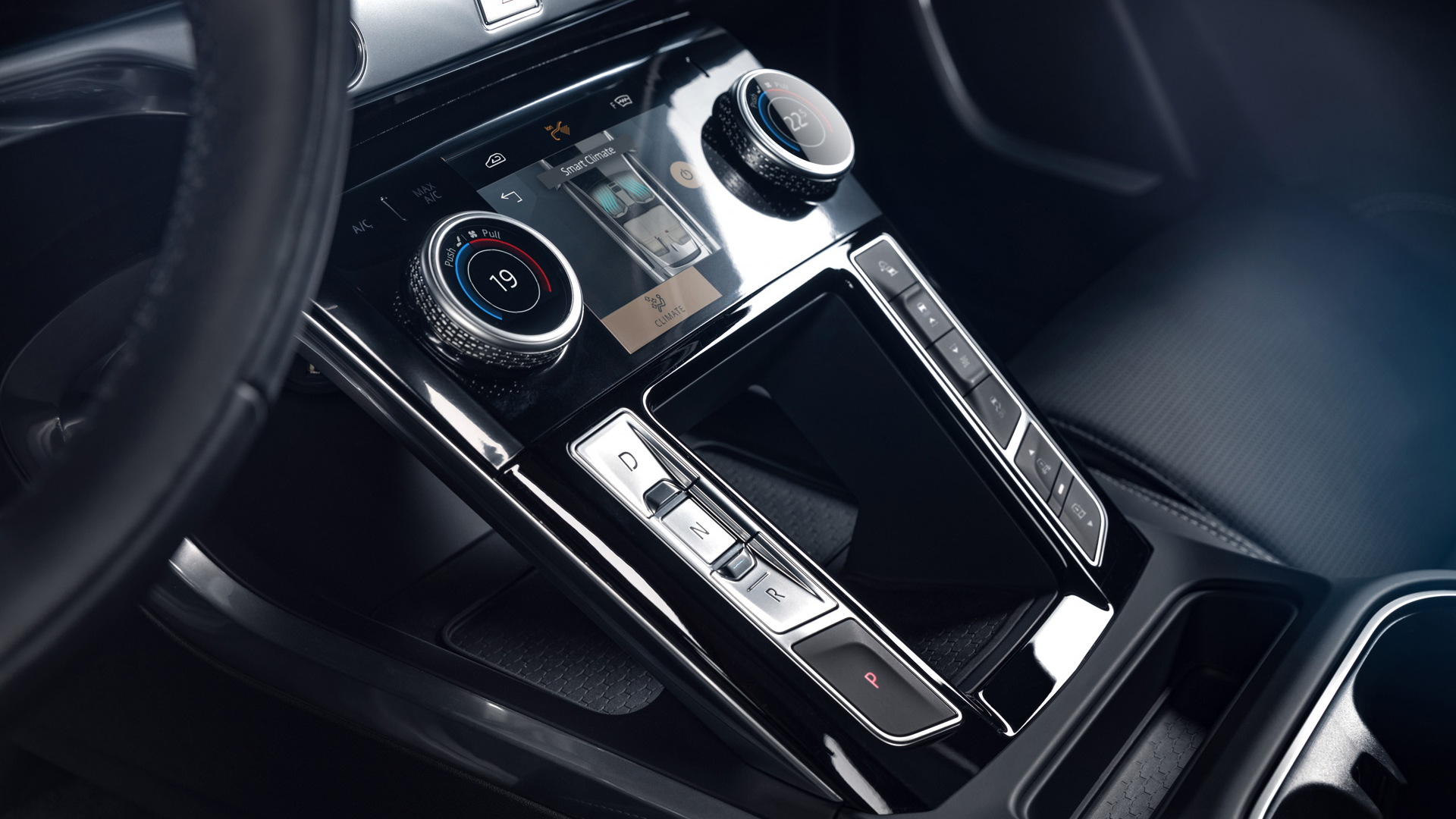 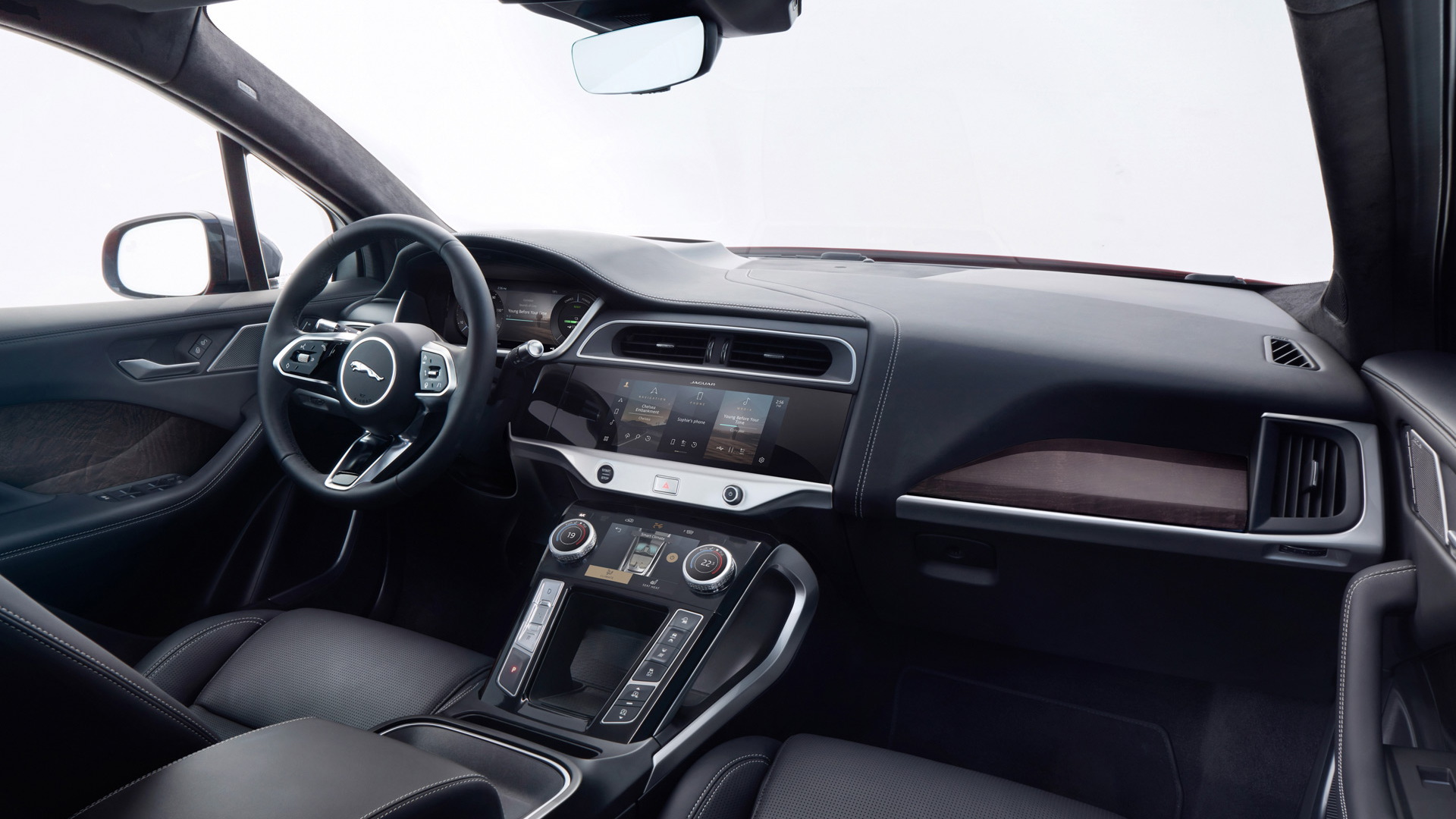 Formula E and other all-electric racing series have done more than showcase the potential of electric vehicles. The data they produce has benefited automakers by helping them improve their all-electric road cars.

Such is the case for Jaguar. The brand’s racing experience—in both Formula E and in the I-Pace eTrophy—has been a huge enabler for upgrades to the revamped 2021 I-Pace electric SUV and, next year, an all-electric Jaguar XJ sedan, the British automaker said.

Steve Boulter, the I-Pace vehicle integration manager, outlined in a call last week with Green Car Reports, what he calls “an amazing testbed” for learning about thermal management and duty cycles in EVs, resulting in “a symbiotic relationship” between Jaguar’s road vehicles and race cars.

“In the end, that means it’s like a customer’s got a full race team behind them as well,” Boulter said. “Racing gives us experience and information that we wouldn’t otherwise have as engineers.”

When you combine the data from that extreme racing environment with the hundreds of millions of miles of road-car data that Jaguar has, it can get a better perspective on how its cars are being used and how they can be improved.

The first piece of improvement informed by racing already arrived last December—in the form of an update to existing I-Pace models that included some serious upgrades to how the I-Pace manages power, plus some subtle changes in the way it performs.

For U.S. I-Paces already delivered it required a trip back to the dealership. But now, moving forward, owners can get over-the-air updates.

Boulter says that that very significant update took direct advantage of Formula E and eTrophy telemetry data. By changing the default torque distribution between the front and rear motors to 30% on the front, 70% to the rear—versus 50/50 before—Jaguar found that it could improve efficiency without affecting performance.

It also boosted efficiency by using more regenerative braking and bringing it in sooner, at lower speeds and when the state of charge is higher.

It’s also made more effective use of the active radiator-vane system, which can shut off the grille at the front and balance improved aerodynamics with cooling needs, and changed the heat pump behavior and scavenging behavior from components.

Altogether, the software update that was applied to I-Paces starting in December updated the real-world range on every vehicle by about 12 miles (relative to the I-Pace’s 234-mile U.S. range). It also expanded the I-Pace’s capability for over-the-air updates.

Finally, the battery management software has been updated to allow the pack’s state of charge to run lower than before “without affecting the durability and the drivability and performance of the car whatsoever,” assured Boulter.

The 2021 Jaguar I-Pace, which Boulter calls “I-Pace 2.0,” represents the next step in this betterment plan—“a technology and data-driven product improvement in software and hardware."

The model, which is arriving to the U.S. in the “next several months,” according to Jaguar USA, includes hardware upgrades to the whole electrical architecture. That will enable more in future over-the-air updates, Boulter hinted, but the most noticeable thing in the 2021 is a new Pivi Pro infotainment system that is 85% faster than the previous system, includes improved navigation, and can now pair two phones at once.

An upgrade of the climate control system allows more efficient heating and added filtration down to PM2.5. When you’re charging you can set the vehicle to use purification to purge allergens and ultra-fine particles.

With a dual-modem embedded SIM and available 4G data plan, vehicle-wide over-the-air updates are less intrusive, allowing some kinds of updates while the car’s in use.

The I-Pace’s OTA updates are limited to what Jaguar calls “calibrations.” Although that shores anything safety-critical like stability control systems away in an area closed to updates, Boulter says there’s such a wealth of improvements you can make without touching those.

Updates in the I-Pace come via a telematics unit, which has access and is subscribed to relevant networks throughout the car, and it then updates the software on those networks.

With upgraded hardware, the 2021 I-Pace will charge in the U.S. at up to 40 amps, versus 32 before. Adding up to 22 miles of range per hour, and European vehicles can charge at three-phase and up to 11 kw, for up to 33 miles per hour. On DC fast charging the I-Pace can add 63 EPA-cycle miles of range in just 15 minutes.

But the one thing they haven’t changed yet in the existing update or in the 2021 model, according to Boulter, is charging behavior for the vehicle. Although the I-Pace has also made available a vast data set regarding how owners charge their vehicles, looking backward to the early adopter stage isn’t as helpful as current buyers’ charging habits are looking quite different.

Race to road, and road to race

Jaguar had to make some tough decisions this year, and one of them was cutting its I-Pace eTrophy Series. Jaguar points out that it was the first “premium manufacturer” to become involved in Formula E, and it remains so this season.

The exchange of technology isn’t just in one direction, and within its racing team the benefits aren’t reaped only by Jaguar. James Barclay, the director of the Panasonic Jaguar Racing Team, noted that Panasonic has been a partner for the automaker on a number of technology pieces for the I-Pace, and the companies share a “research team” that has access to all the data and takeaways.

Even though electric-vehicle enthusiasts might be aware of Panasonic’s longstanding partnership to supply batteries to Tesla and others, the racing partnership with Jaguar is “a global platform to tell these stories,” Barclay said.

Not all the technology is going from the race car to the road, either. Boulter says that its Formula E car uses the road-sign recognition system that was originally developed for road cars.

The irony is that the electric race car uses that technology developed to keep your speed down on the road to identify where it is on the course and, taking stock of how much charge is left, to go as fast as it can possibly go on the track.