Both the Insurance Institute for Highway Safety (IIHS) and National Highway Traffic Safety Administration (NHTSA) have carried over the Sportback's Top Safety Pick+ and five-star rating, respectively, from the E-Tron SUV—due to its relatively minor differences from the boxier E-Tron.

Last year, the E-Tron SUV was the first EV ever to earn the IIHS Top Safety Pick+ rating. The Tesla Model S had previously earned a five-star rating from the NHTSA, but fell short in IIHS testing.

On sale this week, the Sportback differs from the standard E-Tron mostly in exterior styling. Where the E-Tron is styled to look like a conventional SUV, the Sportback is meant to be more of a fashion statement. 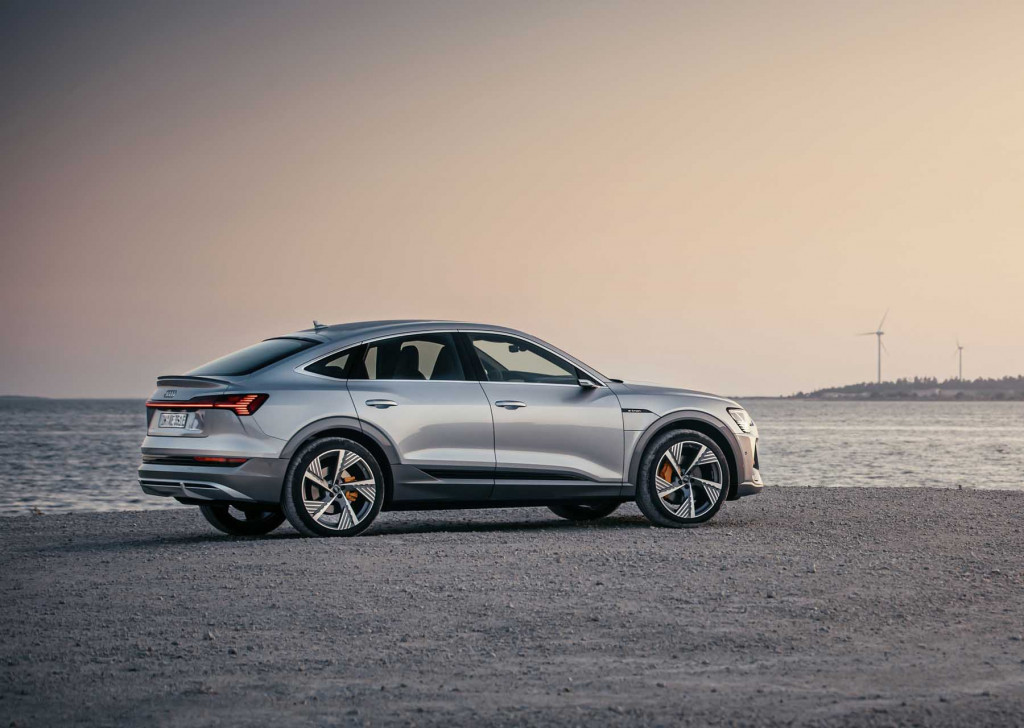 Audi has said that the Sportback “combines the power of a spacious SUV with the elegance of a four-door coupe and the progressive character of an electric car.”

With its lower, sleeker roofline, the E-Tron Sportback carries the SUV coupe styling trend to EVs. Despite reducing cargo space, gasoline-powered vehicles like Audi's own Q8, as well as models from BMW, Mercedes-Benz, and Porsche, have proven popular.

One other key difference is that Audi enables more usable battery capacity—from the current E-Tron's 83.6% up to 86.5%, and incorporating changes including “optimized drive system hardware with software adjustments to improve efficiency.” That's boosted the E-Tron Sportback's official U.S. range to 218 miles (vs 204) and boosted its efficiency.

Audi plans to give the same "SUV or Sportback" choice for its upcoming Q4—as previewed earlier this month with a production-bound Q4 Sportback E-Tron concept.