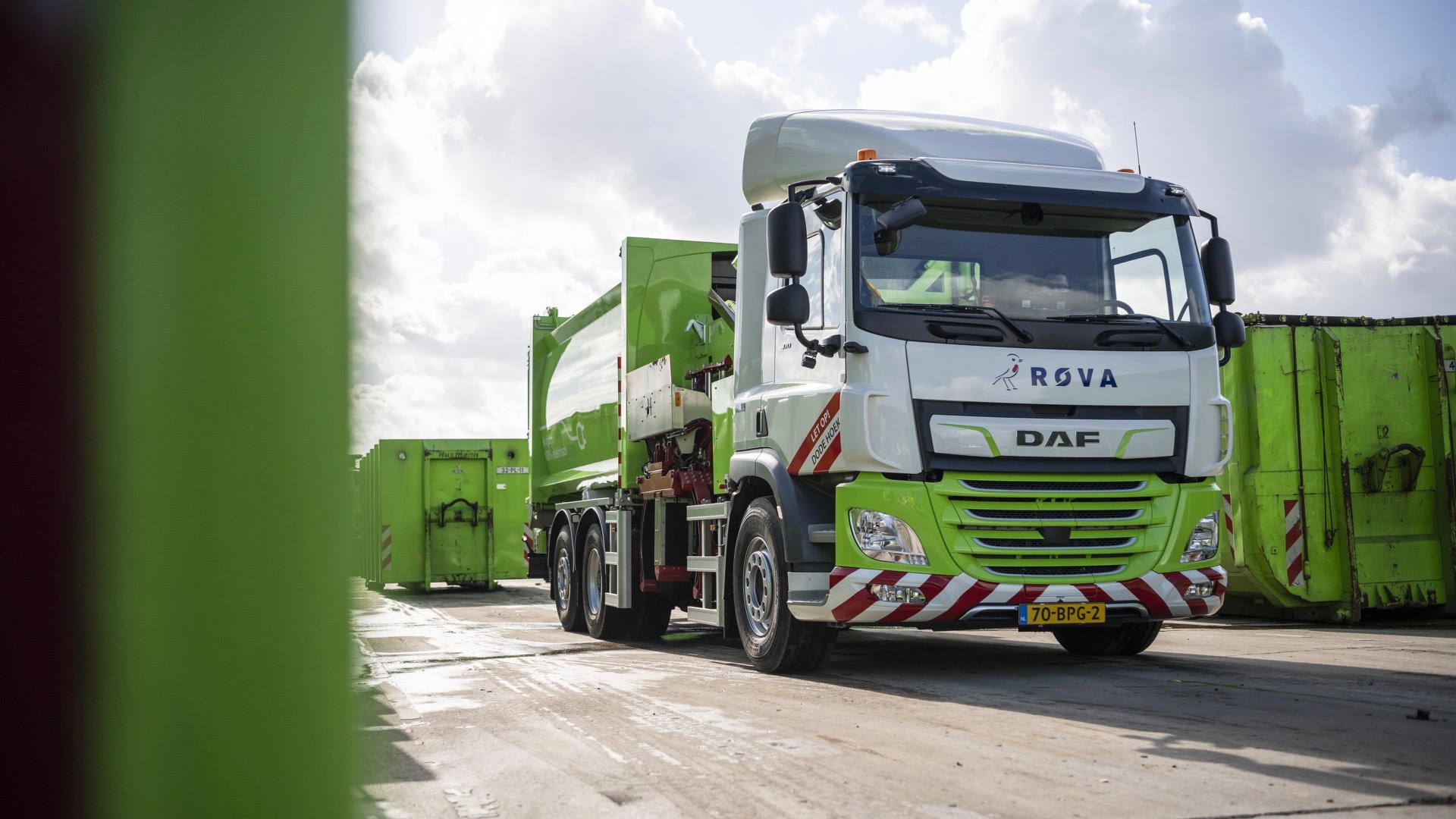 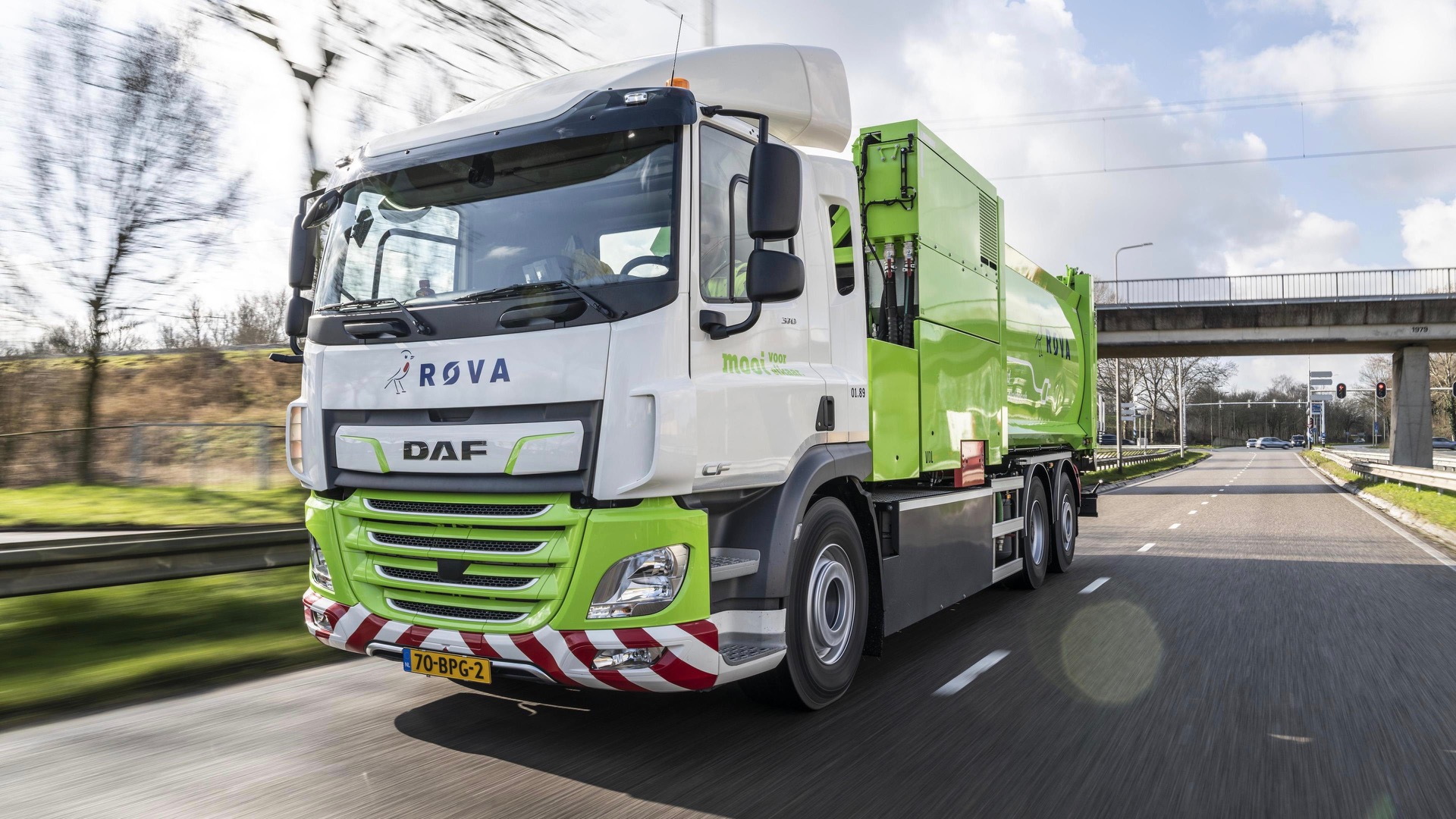 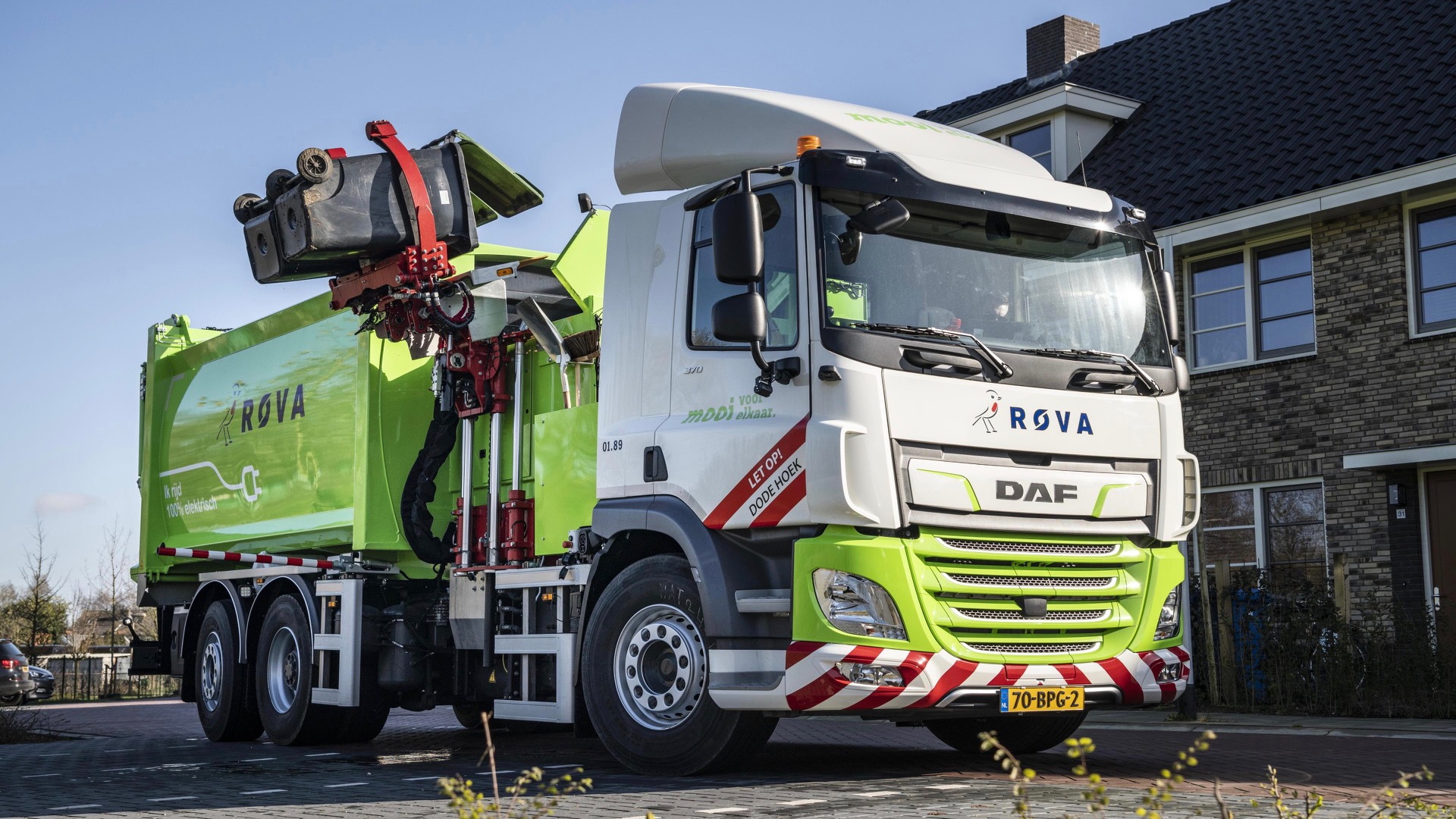 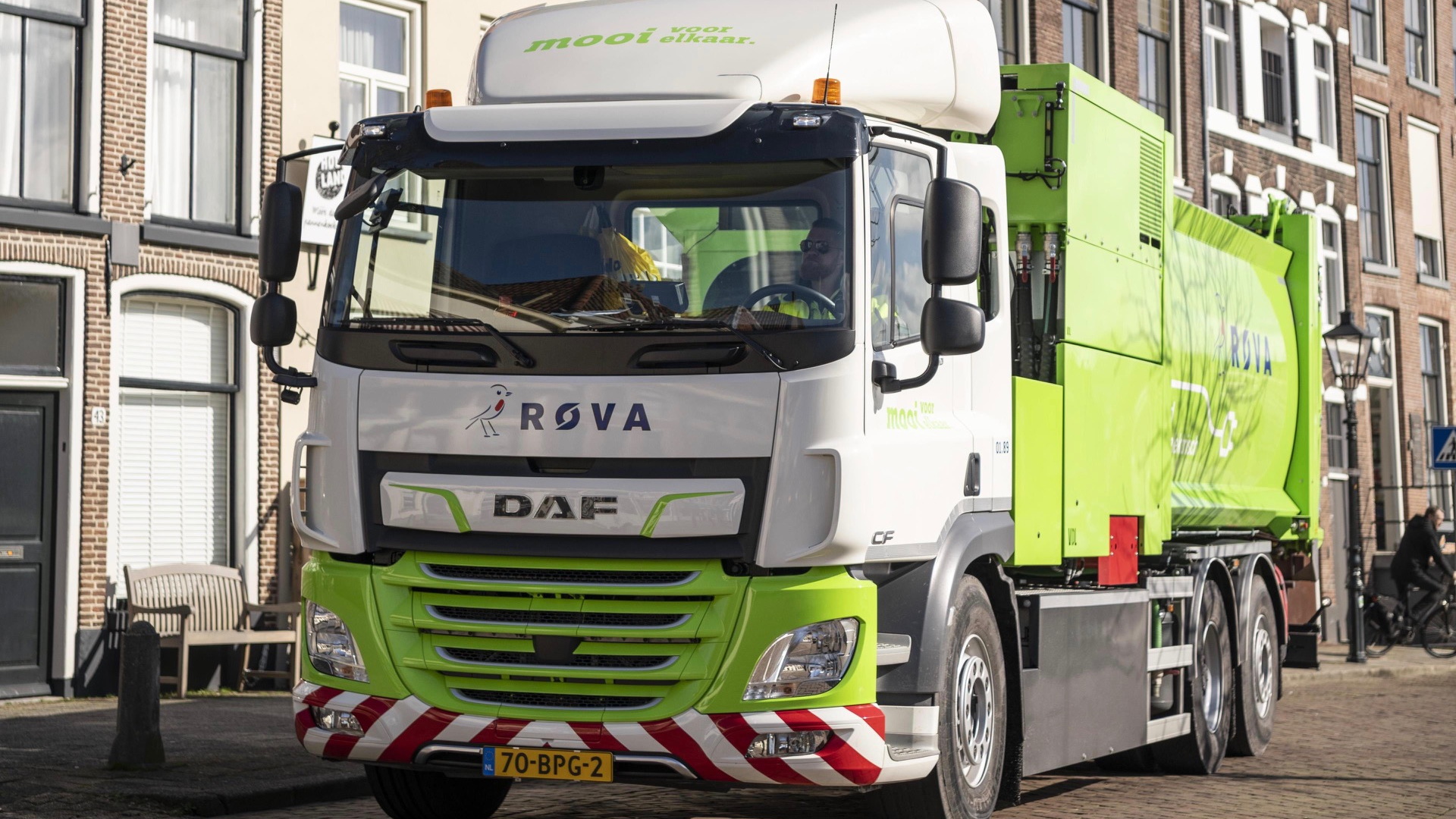 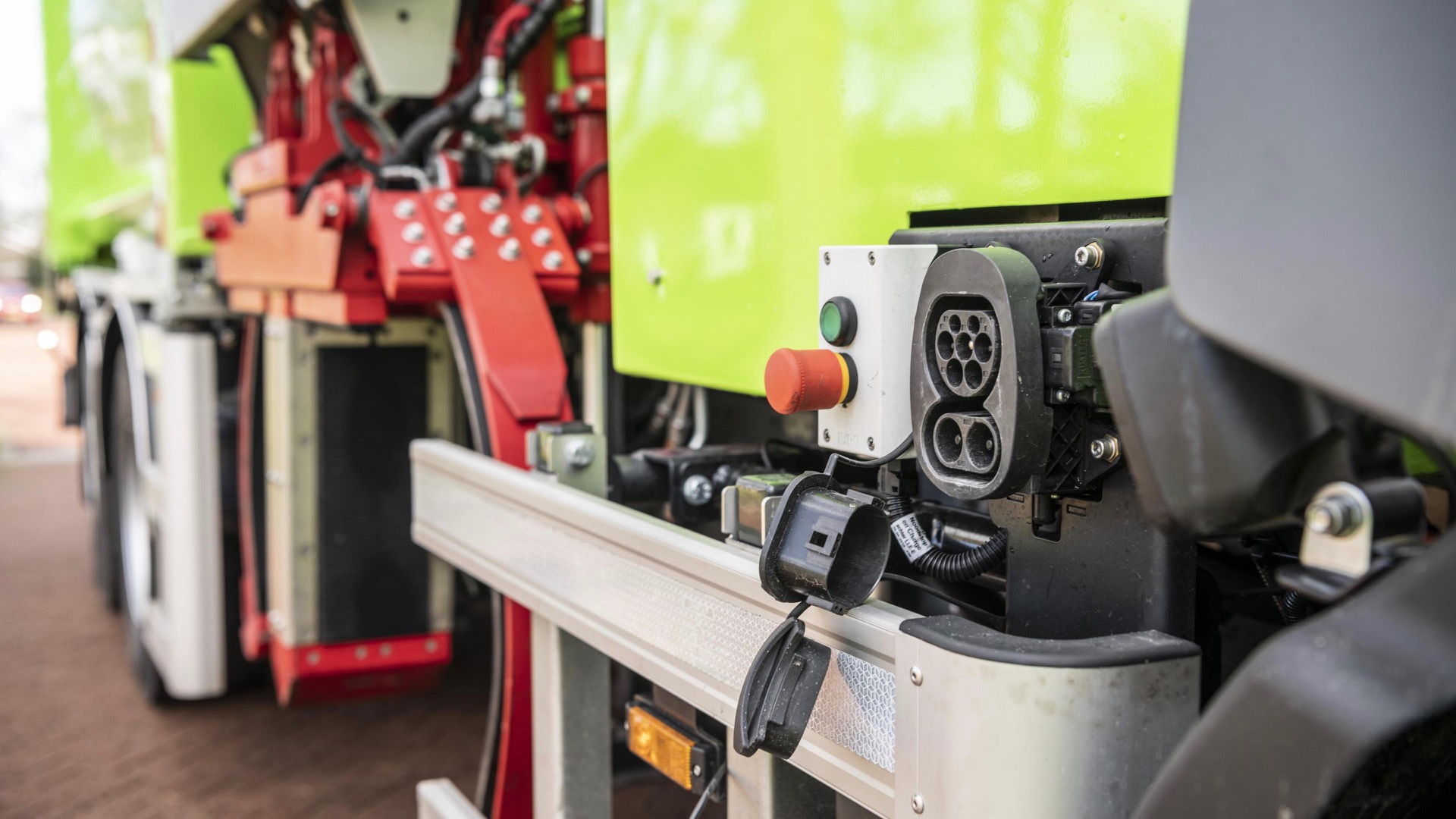 Garbage trucks will never smell pleasant, but at least it's possible to get rid of the stench of diesel exhaust. Dutch truck manufacturer DAF just released an electric garbage truck for testing in its home country.

First spotted by ChargedEVs, the DAF CF Electric 6x2 will be operated by waste disposal firm ROVA in the Dutch city of Zwolle.

The truck boasts 210 kilowatts (281 horsepower) and 1,475 pound-feet of torque, with a 170-kilowatt-hour battery pack. DAF did not quote a range figure, but said range should be adequate for daily garbage runs. DC fast charging allows for an 80% recharge in 30 minutes, the manufacturer said in a press release.

DAF said it previously tested 4x2 versions of the CF Electric with Dutch and German transportation firms and supermarket chains, and has since begun limited sales of those models.

Garbage trucks seem like the ideal use of battery-electric powertrains, as they follow short, defined routes that involve a lot of starting, stopping, and idling. DAF isn't the only truck manufacturer to have figured that out.

Chinese firm BYD announced plans for an electric garbage truck in 2016, while Mack unveiled its own model in 2019.

Other types of municipal vehicles are getting electric powertrains as well. For example, the first full-size electric fire truck recently found a buyer—the City of Los Angeles.

DAF is a division of American corporation PACCAR, which has tasked its other brands with developing zero-emission vehicles. Peterbilt has developed its own battery-electric truck chassis, while Kenworth has partnered with Toyota on prototype hydrogen fuel cell trucks.