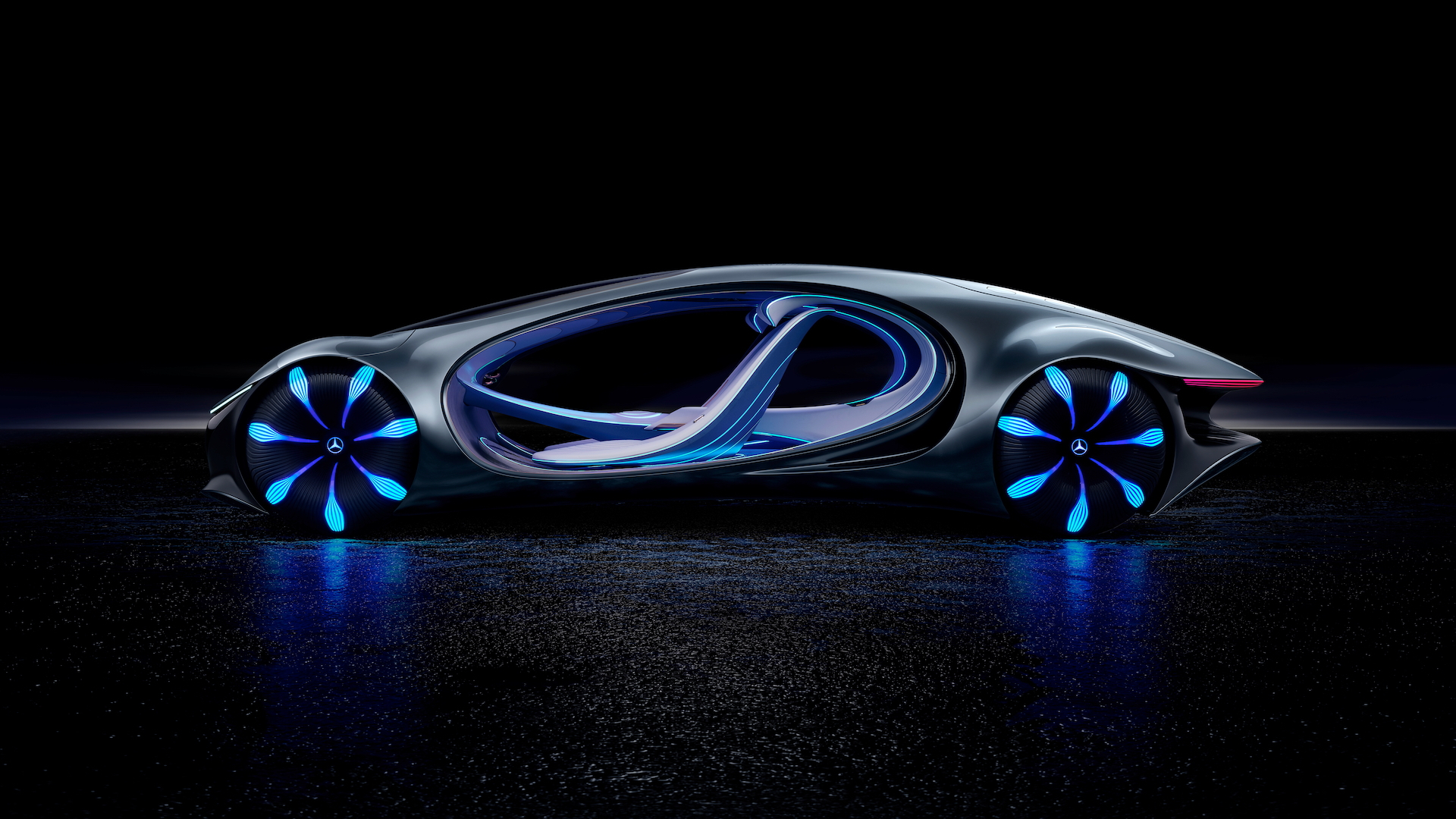 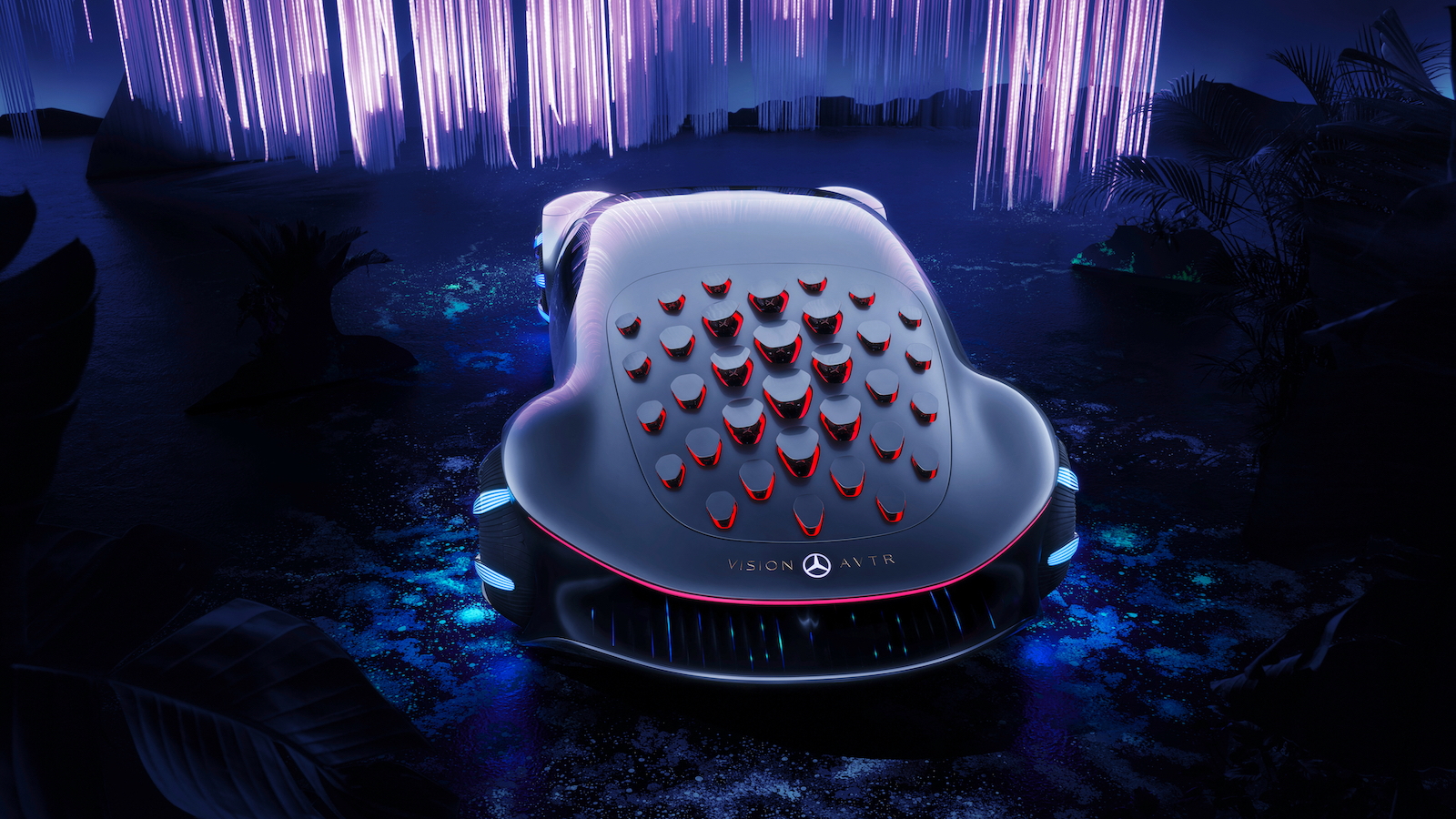 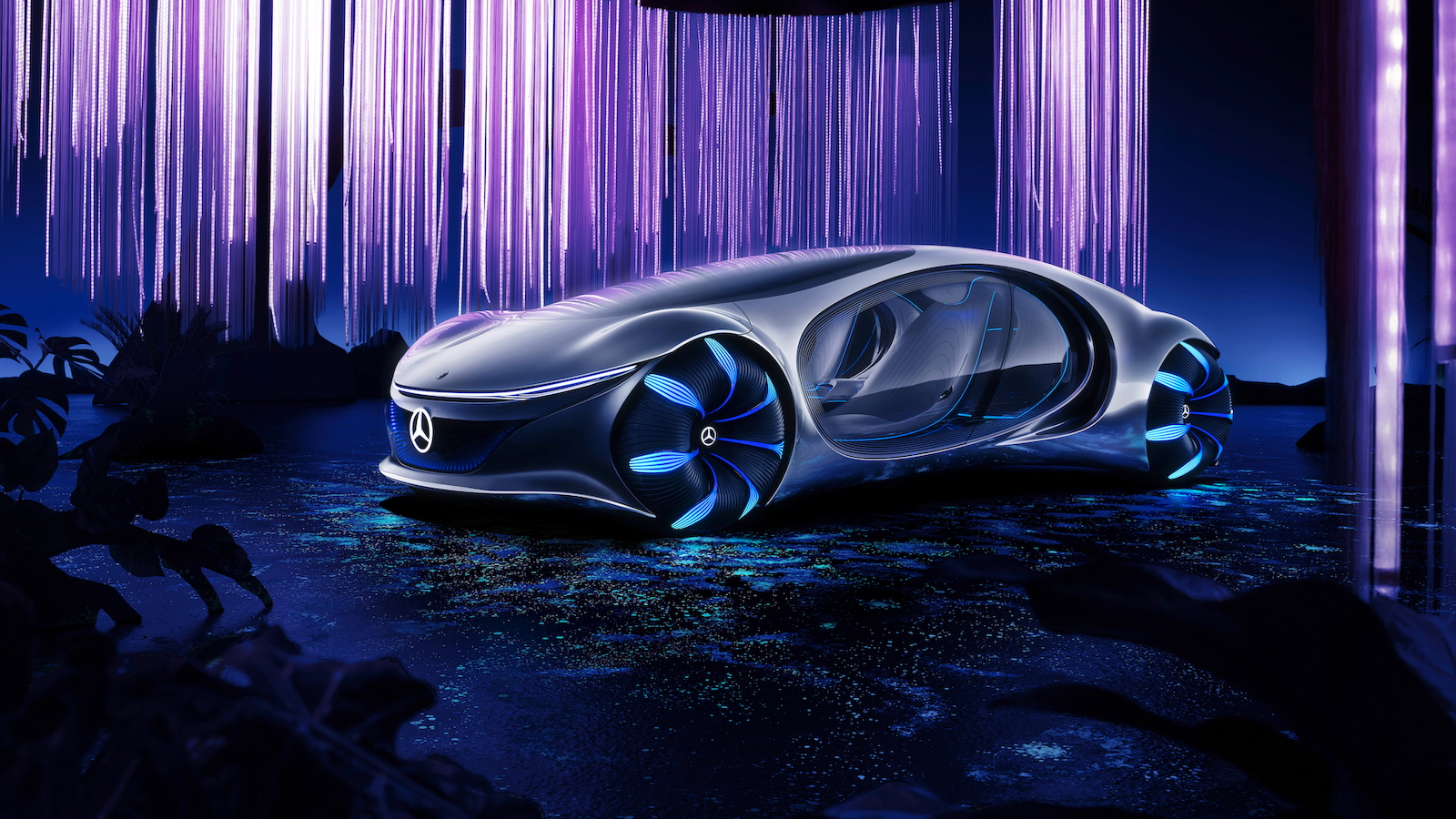 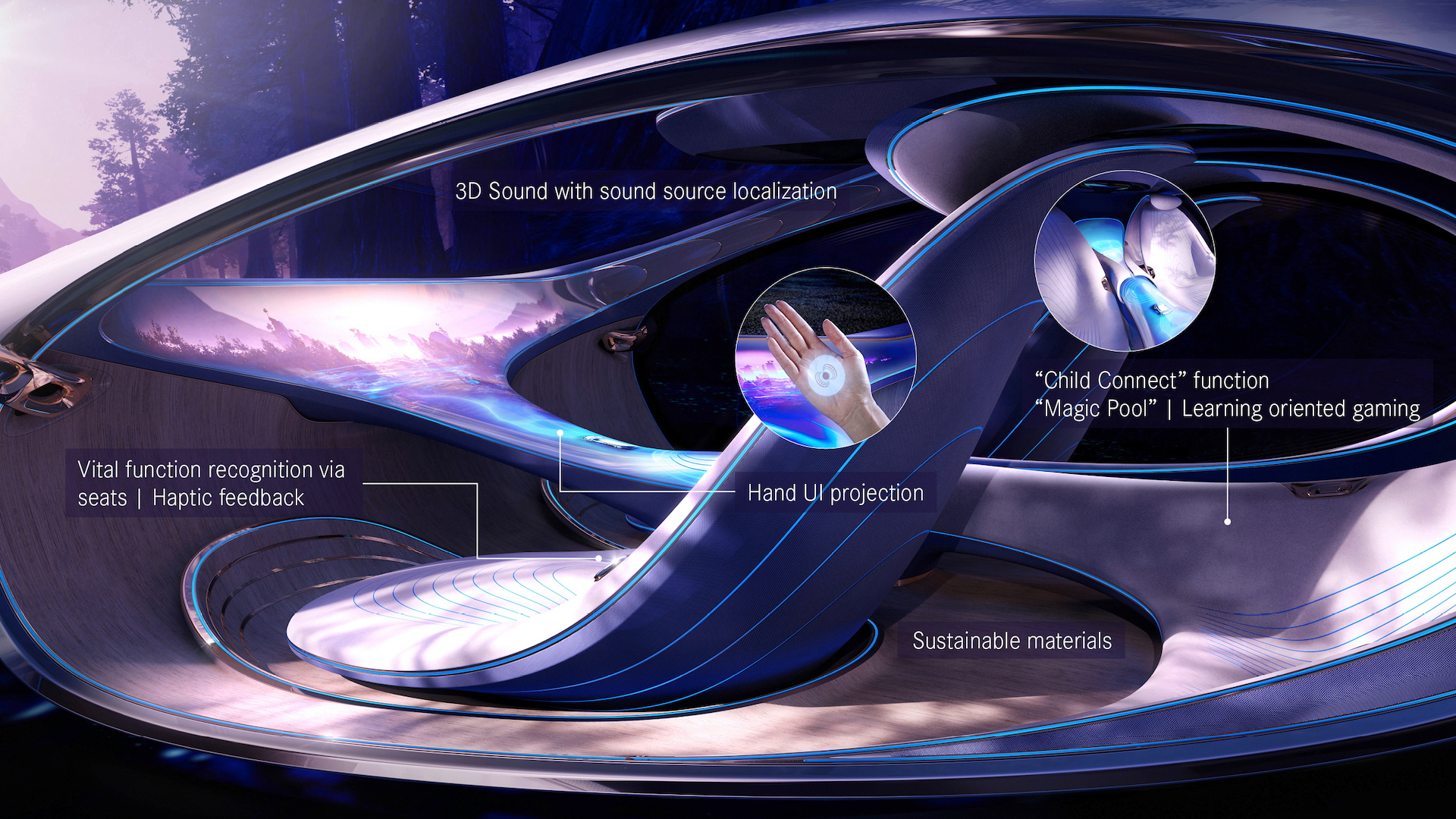 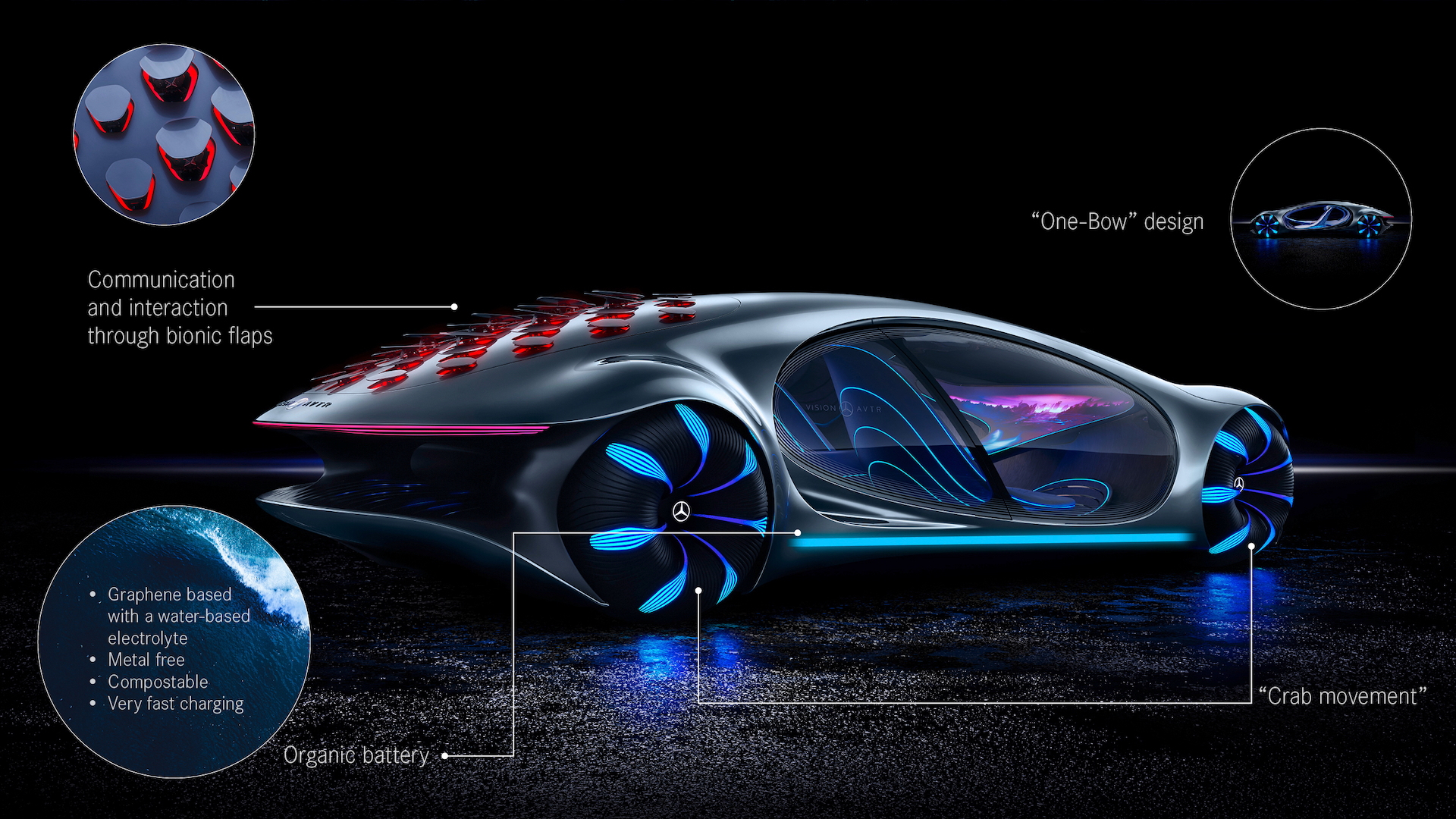 Rare-earth metals drive up the cost of electric-car production and take a larger toll on environments when not responsibly or legally mined.

It's one of few blemishes on electric-vehicle production since the 1990s that persist to today.

One concern with graphene batteries was that they might introduce another reliance on rare-earth metals or precious metals that may be irresponsibly mined. However, Mercedes-Benz says it has a graphene-organic cell chemistry battery that could bypass the need for reliance on cobalt, lithium, or other metals. They'd also be compostable and recyclable. The Mercedes-Benz AVTR concept that debuted Tuesday at the Consumer Electronics Show in Las Vegas uses that kind of battery and could point to a larger movement toward environmentally responsible batteries.

The AVTR (short for "Advanced Vehicle Transformation") concept is far-flung in most respects. Mercedes' envisions a biometric connection with the car that can recognize breathing and heartbeats to identify drivers. Even farther flung: The concept car has a palm-based menu system that lets drivers explore the fictional world Pandora from the film "Avatar" in 3D.

Features like that, and the 33 reptilian-looking "bionic flaps" in the back aren't likely to appear on any production car in our—or any—lifetime, but what's underneath might.

Mercedes says the concept is powered by the sustainable graphene batteries, which have been around for a while. On-again, off-again carmaker Fisker once promised solid-state graphene batteries for his upcoming Emotion, but abandoned the idea. Fisker's car, like the battery he promised, hasn't yet materialized.

Smartphone and other electronic makers have considered graphene for batteries before, thanks to the materials' supercapacitor-like charge and discharge cycles that take seconds, and conductivity superior to copper or silicon. Samsung announced in 2017 that it would research the technology for its smartphones and industry pundits say smartphones with graphene batteries may appear as early as next year.

Most experts agree that graphene is in its early stages of development—the material was only discovered 15 years ago—but the potential appears to be enormous for electric cars in the future.