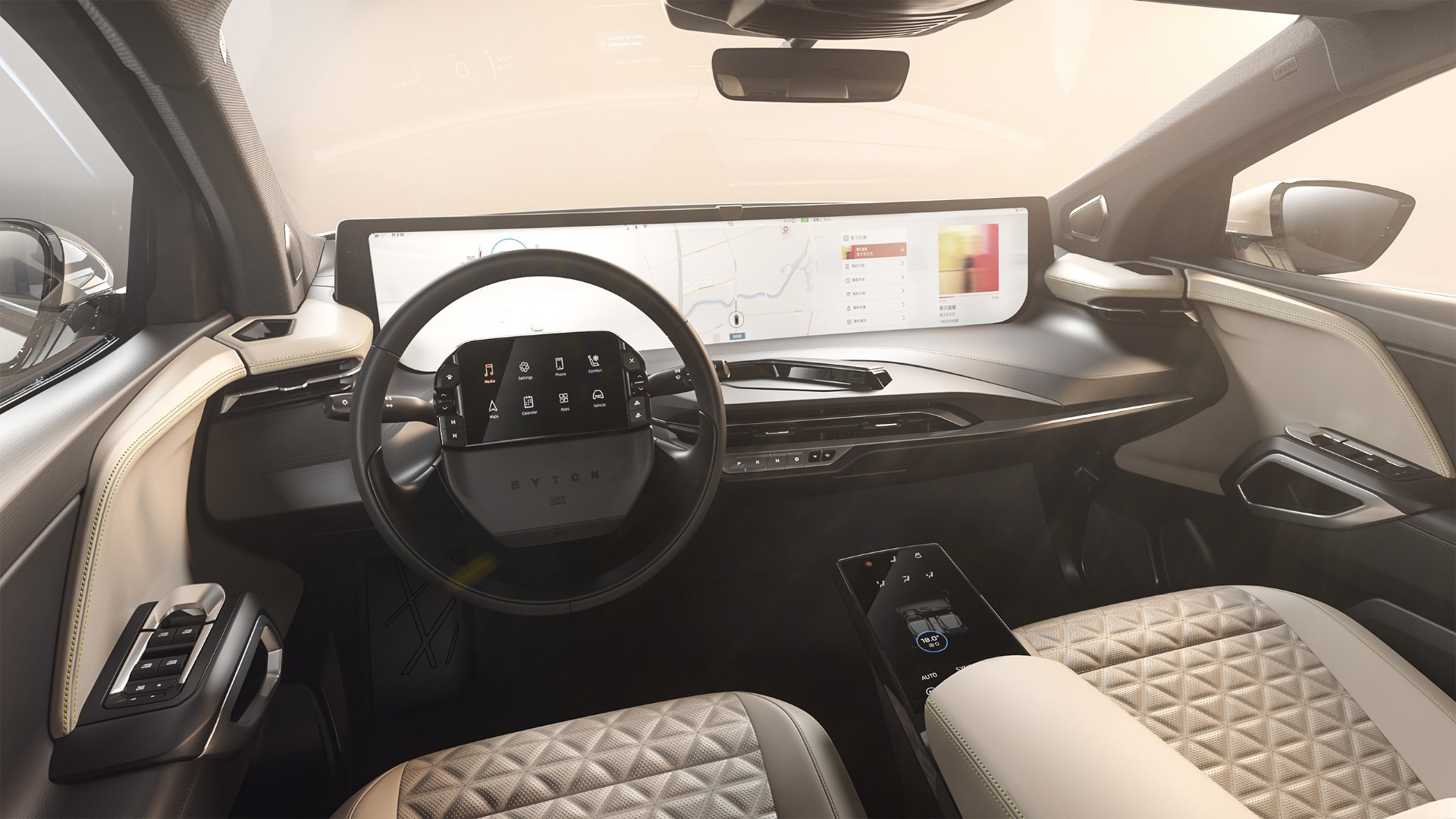 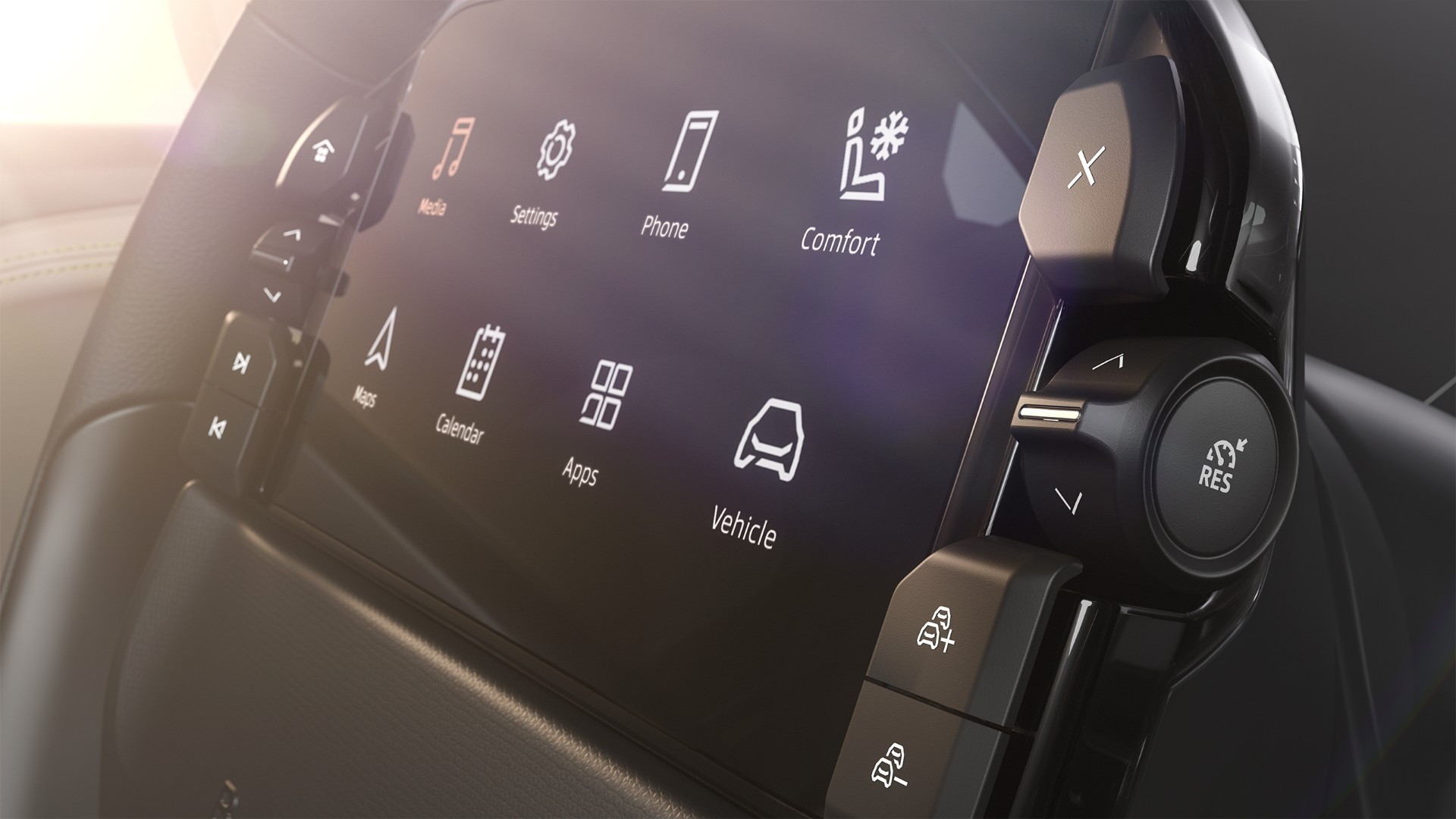 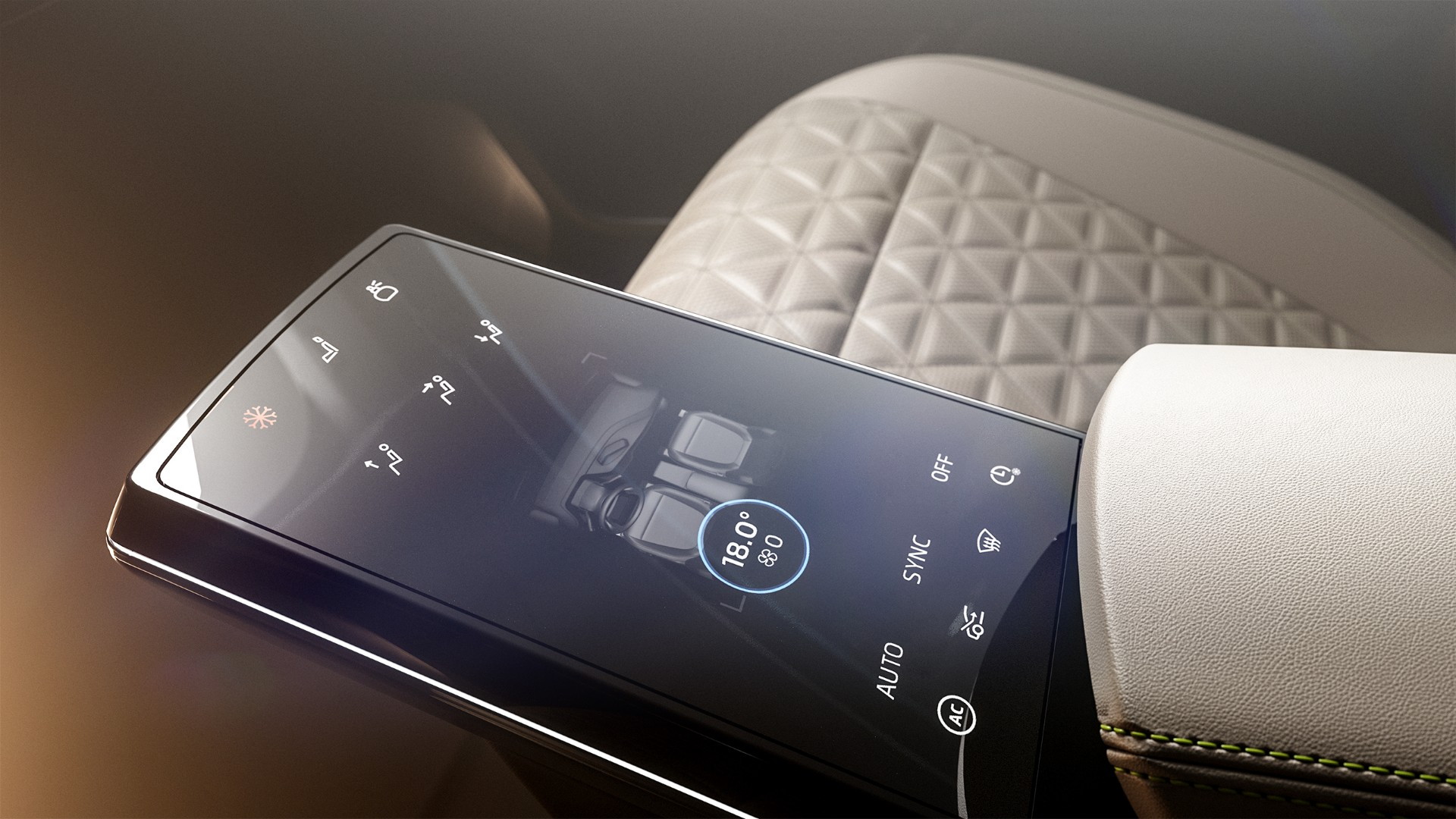 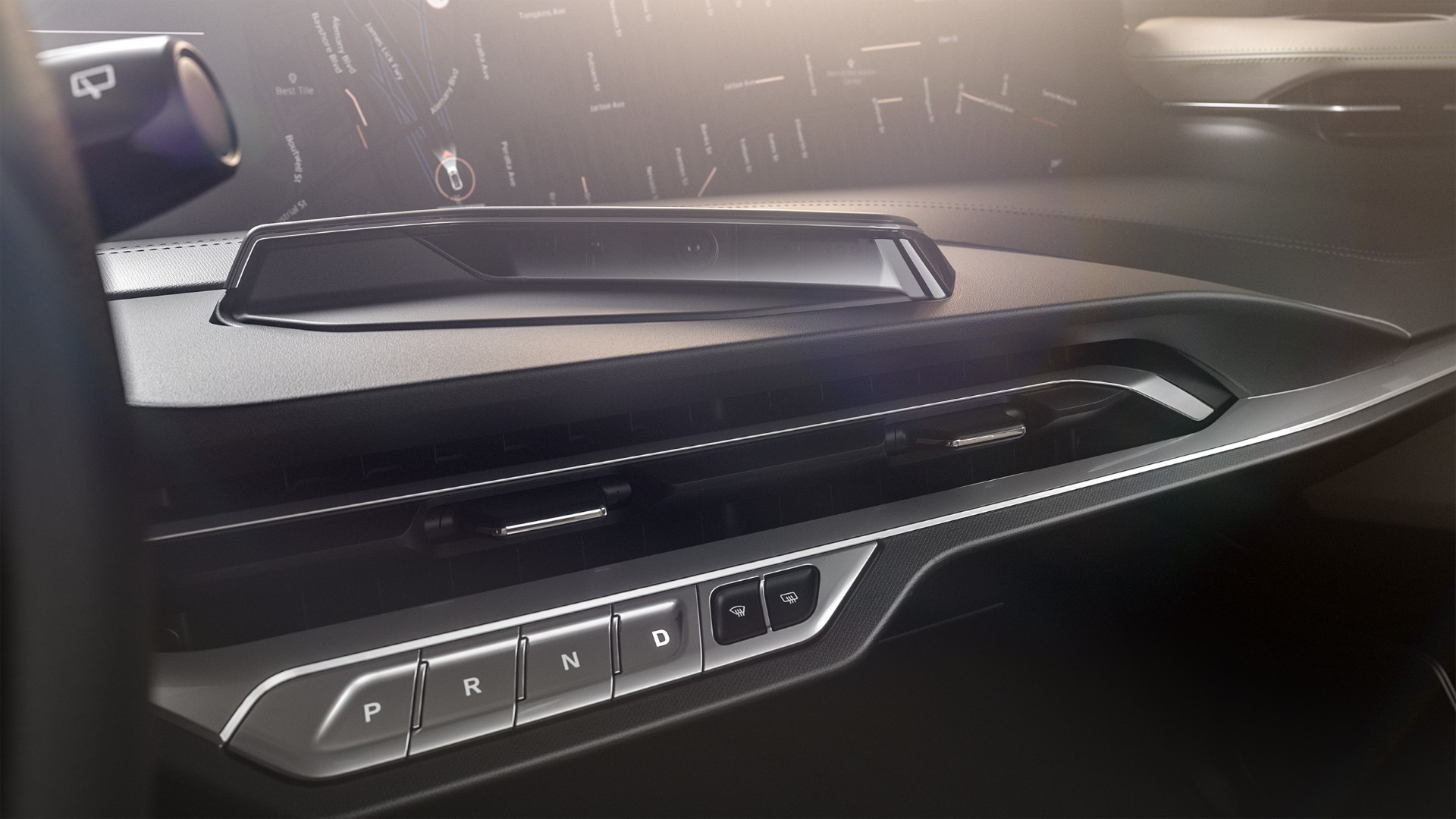 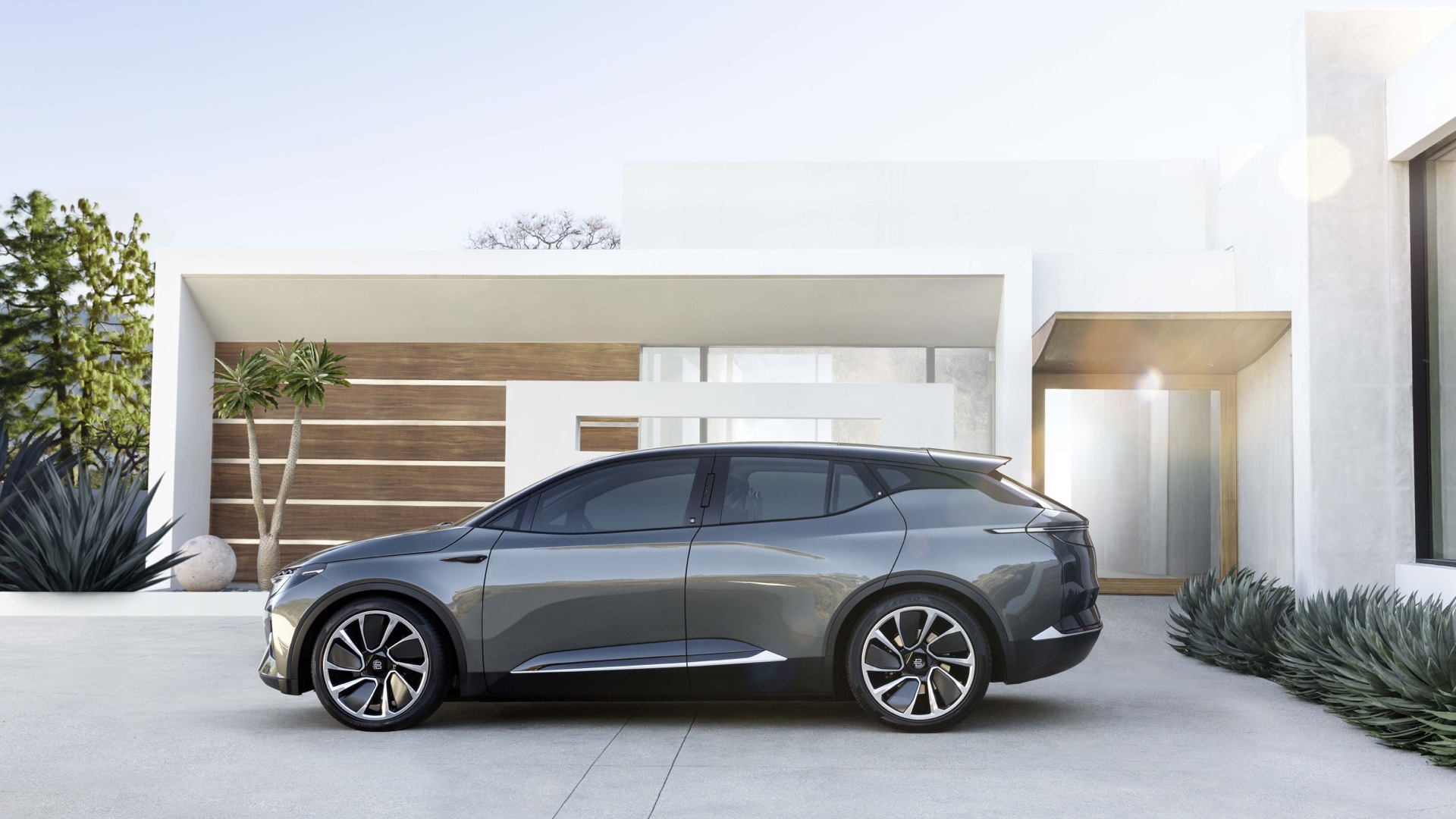 While the upstart electric vehicle maker Byton hasn’t yet said much about how its $45,000 M-Byte electric SUV will be sold or serviced in the U.S. it’s confirmed that this vehicle, due next summer, will come with a standout feature atop its dash: a wider screen than you might have in your living room.

The huge 48-inch Shared Experience Display spans the width of its M-Byte’s dashboard and incorporates gesture controls plus individual zones for the driver and passenger, a companion touchscreen tablet built into the steering wheel, and facial recognition and directional microphones to help cater functions to each occupant.

Although that might sound more like the pipe-dream domain of concept cars, the interface will be included even in the base M-Byte costing around $45k. And last week, with the official opening of its Shanghai Design Studio, the company released a few more up-close images that confirm a series of standout details making it into the production version.

Some of the pragmatic concessions—like climate control vents and some hard buttons―that Byton added to its prototype version of the M-Byte for its most recent showing, this January, carry through to the production version.

Byton notes that the front seats, which can rotate inward up to 12 degrees, have made it from the M-Byte Concept all the way through to the production model—although we would assume the rotation is for when you’re parked. In all, Byton claims that 90 percent of the concept car’s design was retained.

The pictures confirm that although climate controls are in a smaller screen at the front of the center console, physical buttons for the front and rear defroster/defogger are higher up in the middle of the dash, as are the shift buttons.

Byton has its headquarters in Nanjing, China, with offices in Beijing, Shanghai, and Hong Kong. It retains an R&D center in Silicon Valley and its primary design and concept center in Munich, Germany.

When the Nanjing, China–built M-Byte shows up in the U.S., in mid-2020, according to the company, with a sales-and-service plan yet unannounced, it could slot into a compelling niche, costing tens of thousands less than alternatives from Mercedes-Benz, Audi, and Jaguar but a whole size larger than the Tesla Model Y.

Byton told Green Car Reports last week that “the current tariff situation has not impacted Byton’s production and delivery timeline.” In addition to the North American rollout in 2020, it plans to sell the M-Byte in China starting late this year and in Europe in late 2020, and a full reveal is likely this fall.