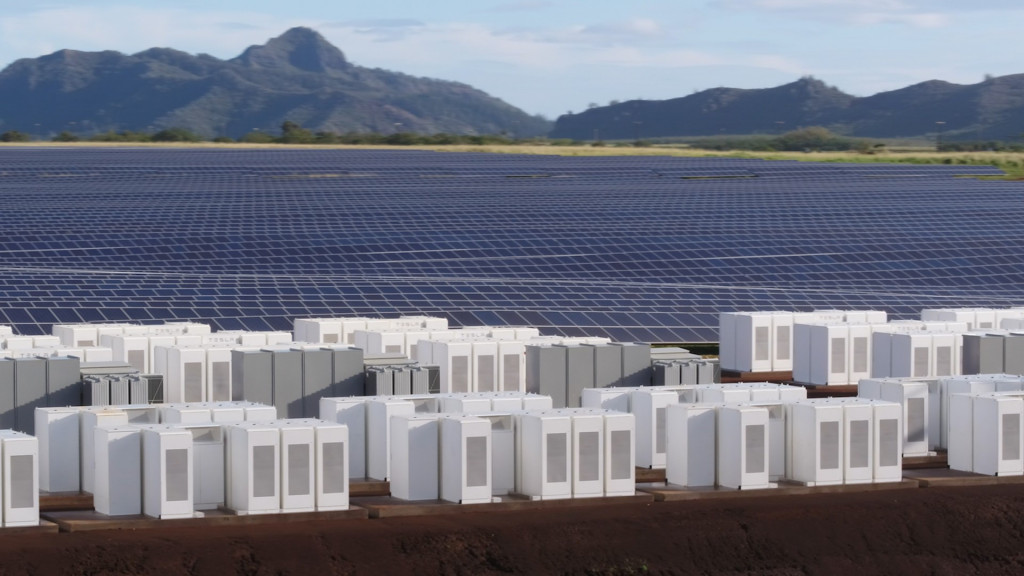 Fortunately, while mystery and mystique still shroud that project, more can be unearthed or inferred for Tesla's solar panel and battery energy-storage deployment in Kauai, Hawaii, which came online earlier this year.

In fact, there's now enough information that—to paraphrase Elon Musk—we can do the math. Inspiring math it is, too.

That's a bit bigger than Buckingham Palace (40 acres) and a bit less than half the size of the Vatican (110 acres). 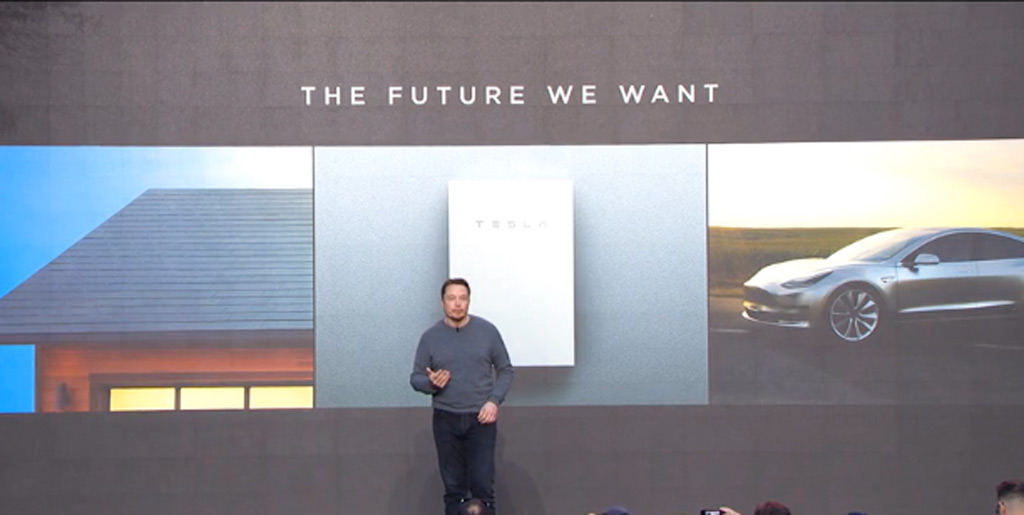 Note that while the solar array is frequently referred to as being 13 MW (AC basis), the Kauai Island Utility Cooperative confirmed the 17 MW (DC basis) figure.

Tesla has contracted with the Kauai Island Utility Cooperative to provide up to 52 MWh of electricity to the grid every evening. The utility has agreed to pay a flat rate of 13.9 cents/kWh for this stored sunlight, about a 10-percent discount to the price they pay for power from diesel generators.

(The island will still need to burn diesel during peak electricity periods - it just won't need to burn as much. Plus, it’s occasionally cloudy and rainy, even in Hawaii.)

As for why Tesla can’t sell electricity directly to the grid during the day, Kauai’s grid simply can’t absorb any more solar: at midday, photovoltaics can already produce upwards of 90 percent of the island’s needs.

That said, the absolute energy capacity of each Powerwall 2 is certainly higher. The National Renewable Energy Laboratory estimated that the first generation Powerwall, with a nominal capacity of 7 kwh, was a 10-kwh battery designed to cycle to 70 percent of discharge. 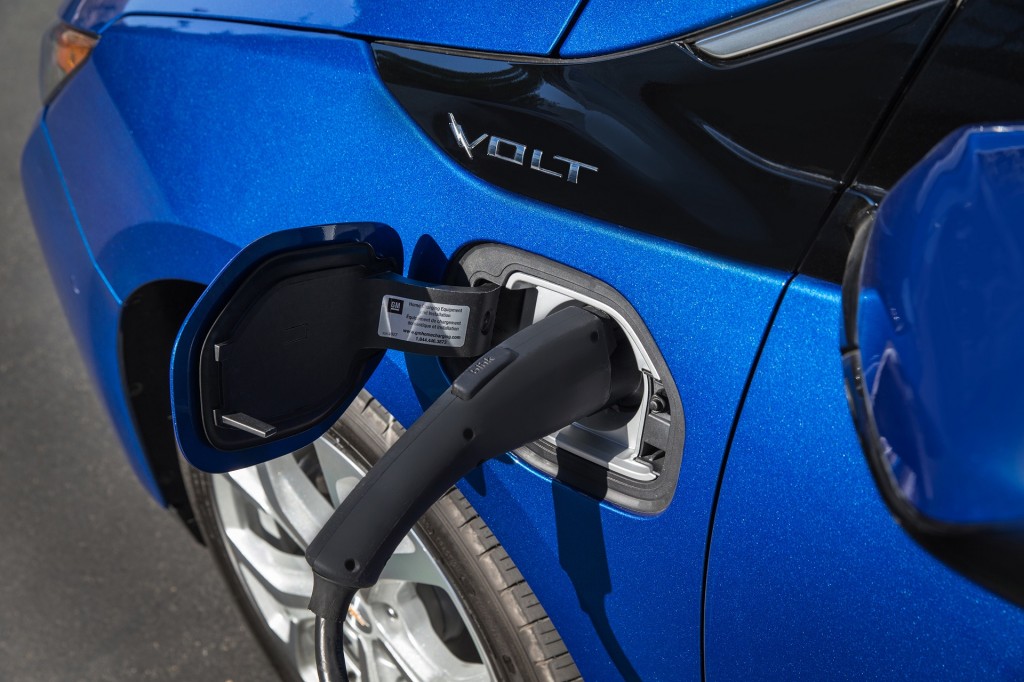 This would be similar to the two-thirds depth-of-discharge used in the Chevrolet Volt plug-in hybrid, which also uses a nickel-manganese-chromium cell chemistry.

The rated capacity of the Powerpacks is 57 Mwh, while the publicly-disclosed number is 52 Mwh.

From the original energy storage announcement in 2015, Elon Musk promised a battery price of $250 per kilowatt-hour for large deployments, reiterating that figure in the lead-up to the recent project in South Australia.

When the two-thirds depth-of-discharge is factored in, a cost of $250-per-kwh for rated capacity turns into a much lower $170-per-kwh of absolute capacity at the module level.

Why would Tesla include 57 Mwh of rated capacity but report only 52 Mwh? The extra batteries are probably there to ensure the Kauai installation can still deliver 52 Mwh every night even after 20 years of battery degradation.

The solar panels at the Kauai installation are fixed-tilt, meaning they’re installed at a fixed angle; they don’t rotate to follow the sun throughout the day as some other large-scale solar installations do.

According to Lawrence Berkeley National Labs, the three existing utility-scale fixed-tilt solar projects on Kauai, which have operated for more than a year, have achieved capacity factors of 20, 21 and 22 percent respectively. (Capacity factor is the ratio of how much energy a power plant generates, compared to its maximum theoretical output.)

Tweet by Elon Musk on cost of Tesla utility-scale solar installations, May 2015

From product specifications, Powerpacks can convert DC input to AC output with an efficiency of approximately 90 percent. This means the 86 Mwh of sun-facing DC electricity should produce about 77 Mwh of grid-facing AC electricity.

The up-to-52 Mwh Tesla has promised to sell the utility every evening is about two-thirds of the 77 Mwh of electricity Tesla should expect its solar panels to harvest on a daily basis.

Quite simply, the solar and battery arrays are both significantly oversized—but even so, the economics still work. 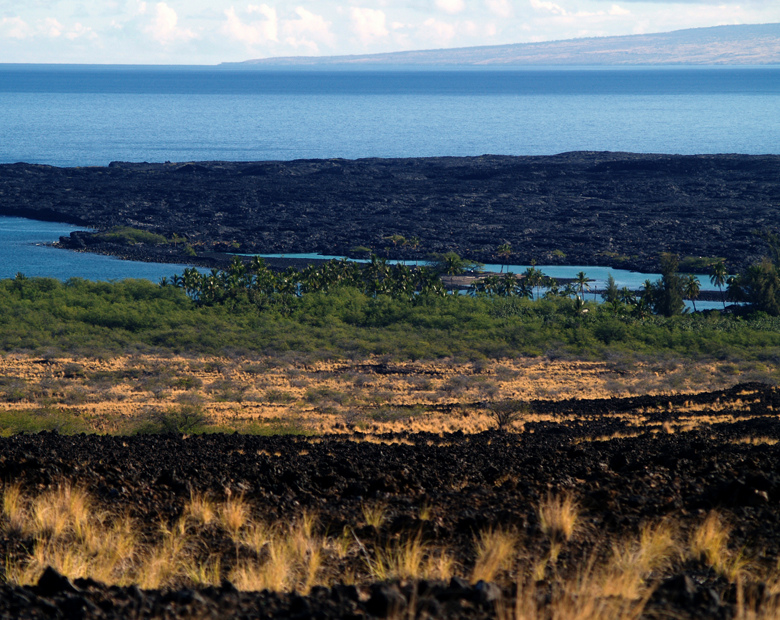 Daily variability, aka rain and clouds

While Tesla will provide a maximum of 52 Mwh daily to the Kauai grid, it will not be able to do so on stormy or rainy days.

To estimate these effects, SolarAnywhere software from Clean Power Research generated a representative year of solar irradiance data for Lihue, the area on Kauai where Tesla’s project is located.

In the interest of transparency, the data used in this analysis can be viewed at tinyurl.com/TeslaKauai.

The representative year of SolarAnywhere data showed average global horizontal irradiation of 5.0 hours per day, which is equivalent to a 21-percent capacity factor. That's consistent with the Lawrence Berkeley National Labs data.

In Year One, the SolarAnywhere data predicts Tesla can expect to supply the Kauai Island Utility Cooperative with an average of 50 Mwh daily.

Thanks to the extra 5 Mwh of battery storage, even after 10-percent solar panel and battery-capacity degradation, the estimate is that Tesla will feed the grid 45 to 49 Mwh per day (depending on the specifics of its operating strategy).

Assuming its daily average grid contributions drop from 50 Mwh to 48 Mwh over the next 20 years, Tesla would on average provide 49 Mwh each day.

Green Tech Media has estimated that utility-scale solar farms cost about $1 per watt around the time of the Kauai installation, which would imply the solar portion of the Kauai project cost roughly $17 million. Thanks to the 30-percent Investment Tax Credit, this nets to a cost of about $12 million.

December 2015 EPRI / Sandia National Laboratories survey estimates operation and maintenance costs for utility-scale solar farms at $10 to $25 per kilowatt per year. Using the $25 figure, so-called O&M costs for the 17 Mw of solar panels on the site would come to $425,000 a year.

The higher estimate is appropriate to account for that fact that the Tesla Kauai project includes battery storage as well as the panels themselves.

At $250 per kwh, the batteries at Kauai would have cost about $13 million. Tesla has tended to price cabling and site support hardware separately, which might amount to a half-million dollars.

Having chosen the worst-case numbers for the O&M costs, we’ll take the best case on cabling and hardware costs, and assume they’re essentially free.

Under these assumptions, Tesla’s internal rate of return for the Kauai project would be 6.2 percent.

While this would be unacceptably low for many industries, SolarCity—like much of the solar industry—used 6-percent discounted cash flow assumptions, and Kauai started as a SolarCity project. (For further details, please refer again to the spreadsheet linked above.)

This suggests that the numbers are about right; we might suggest that the errors in the various assumptions have probably cancelled each other out. 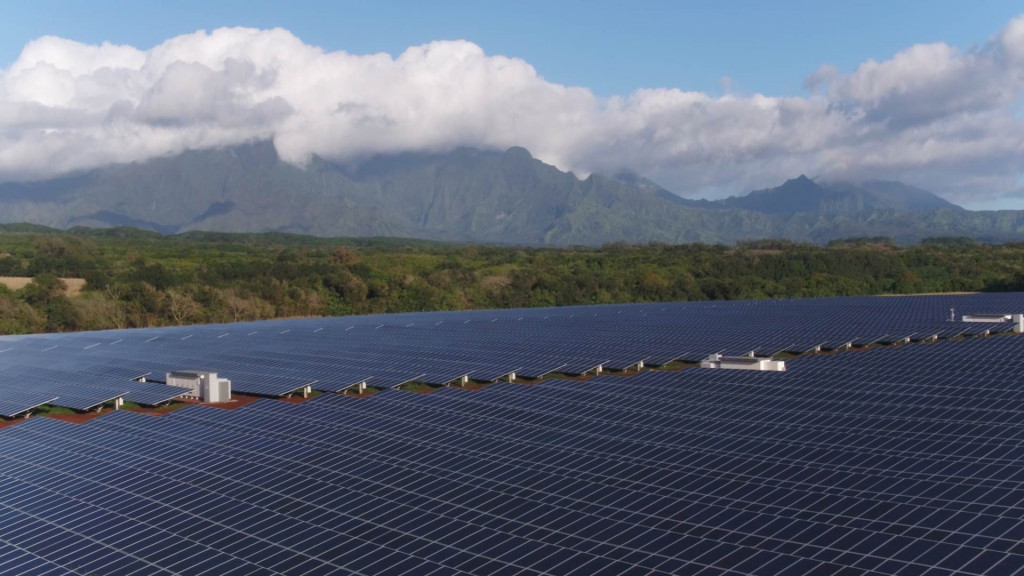 What about that extra sunlight?

Tesla’s Kauai project can produce far more electricity than its batteries can handle, most days of the year. The same will be true for future projects too. What to do?

One option is to use the excess electricity to split water and produce hydrogen for fuel cell vehicles; Hawaii's first hydrogen fueling station for fuel-cell vehicles is set to use exactly that method on the island of Oahu.

If Tesla’s Kauai project could sell some of the 20 Mwh or more of electricity it may be forced to waste each day to power hydrogen electrolyzers, the project’s internal rate of return would rise still further, even if it offered that power at discounted rates.

This would create an ironic scenario under which it’s in Tesla’s self-interest to hope for the success of hydrogen fuel-cell vehicles to create demand for that hydrogen.

An unexpected lesson from Tesla’s Kauai project may be that—far from hindering our transition to a renewable or zero-emission energy future—fuel cells can play a role if the hydrogen they consume is produced entirely using renewable energy.

The primary lesson, however, is that Tesla has shown that combining solar panels and energy storage makes economic sense, not in the future, but today.