Even before Elon Musk engineered Tesla's acquisition of SolarCity, the two companies were collaborating.

SolarCity was already controlled by Musk, who believes its solar-energy business can be reinforced and complemented by Tesla's energy-storage business.

Last year, Tesla announced a joint project with SolarCity to install a large battery farm and solar array in Hawaii.

That project is now complete, and ready to provide electricity to a Hawaiian utility.

The facility will be able to provide solar power to KIUC on demand, 24 hours a day, Tesla CTO JB Straubel said during the opening ceremony. 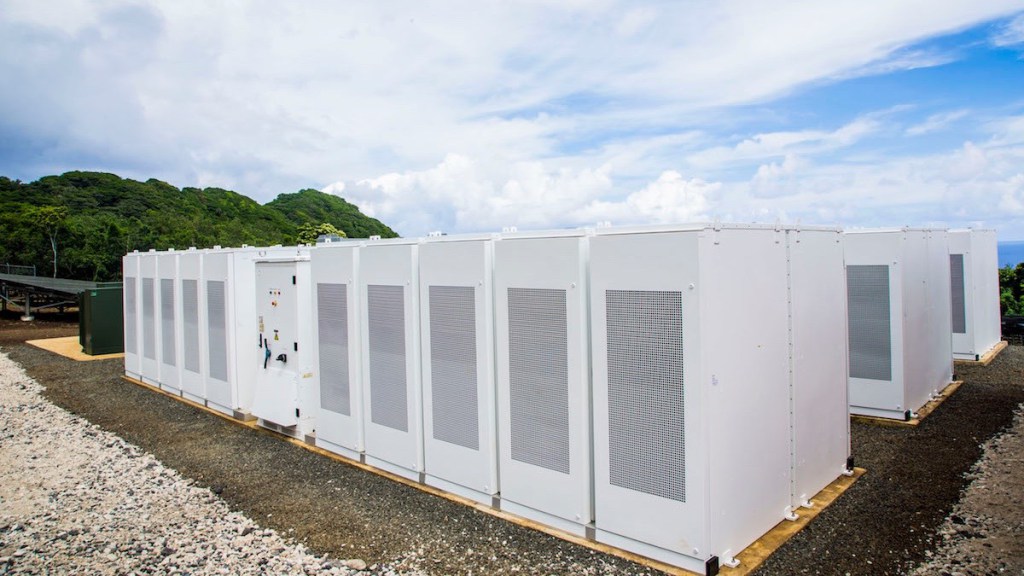 Those packs have 52 megawatt-hours of storage capacity, and can discharge up to 13 megawatts of power to the grid.

The Tesla and SolarCity-developed installation will bring KIUC up to 40 percent renewable-energy use.

KIUC has a 20-year agreement to purchase electricity from the project at 13.9 cents per kilowatt-hour.

It also has a deal with infrastructure company AES for a similar solar-and-energy-storage project on Kauai's southern shore, including a 28-megawatt solar array.

KIUC hopes at least some of that renewable energy will be used to charge electric cars.

It and another Hawaiian utility—Hawaiian Electric Co.—recently launched limited-time rebates of up to $10,000 on the 2017 Nissan Leaf.

KIUC's interest in renewable energy and electric cars is likely at least partly influenced by its island area of operations.

Because they are isolated from the mainland and sources of fossil fuels, renewable energy can be a more attractive option for islands.

That's because the cost of importing coal or oil to fuel power plants or vehicles can make fossil fuels vastly more expensive for populations who are cut off from the mainland.