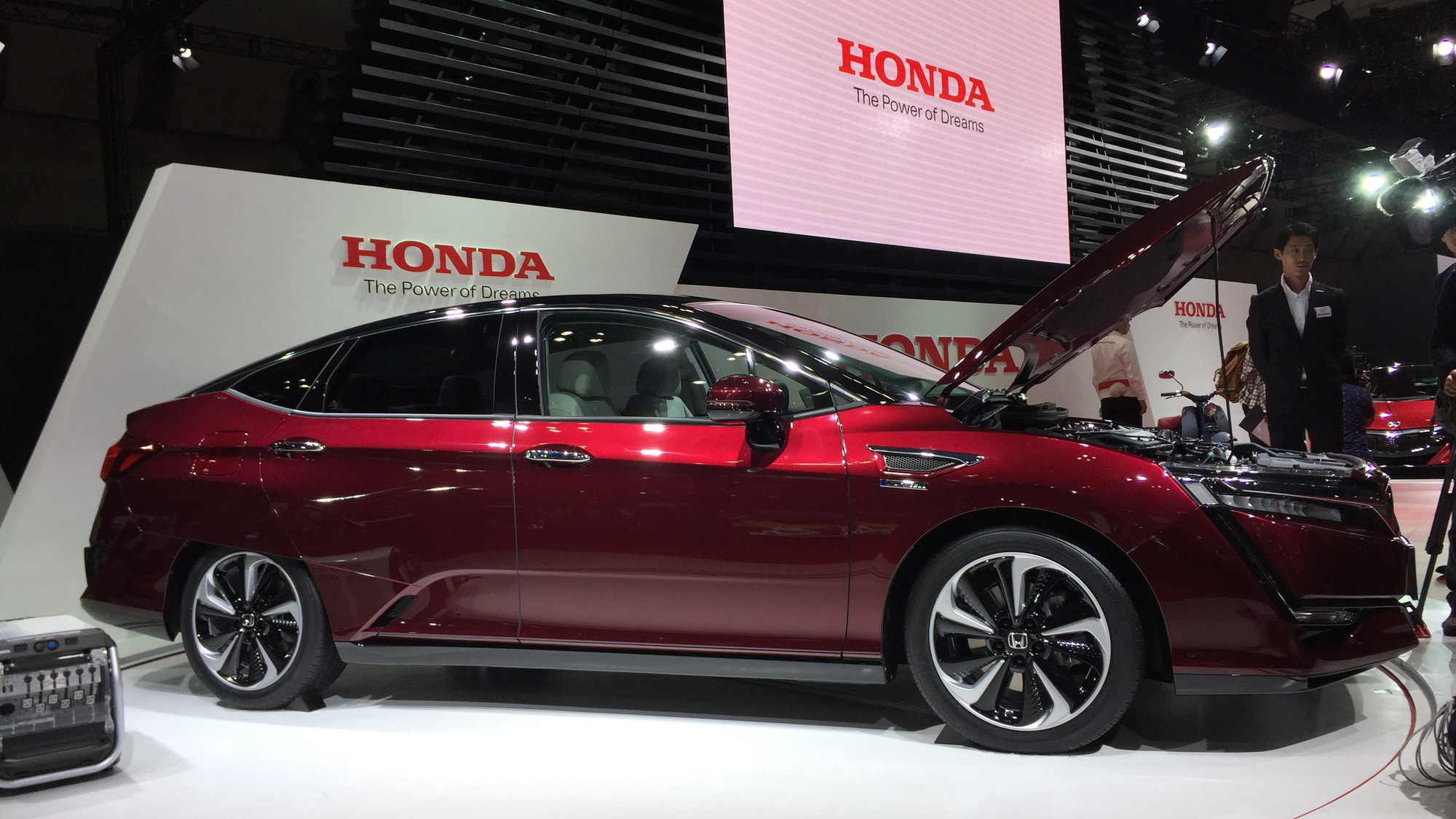 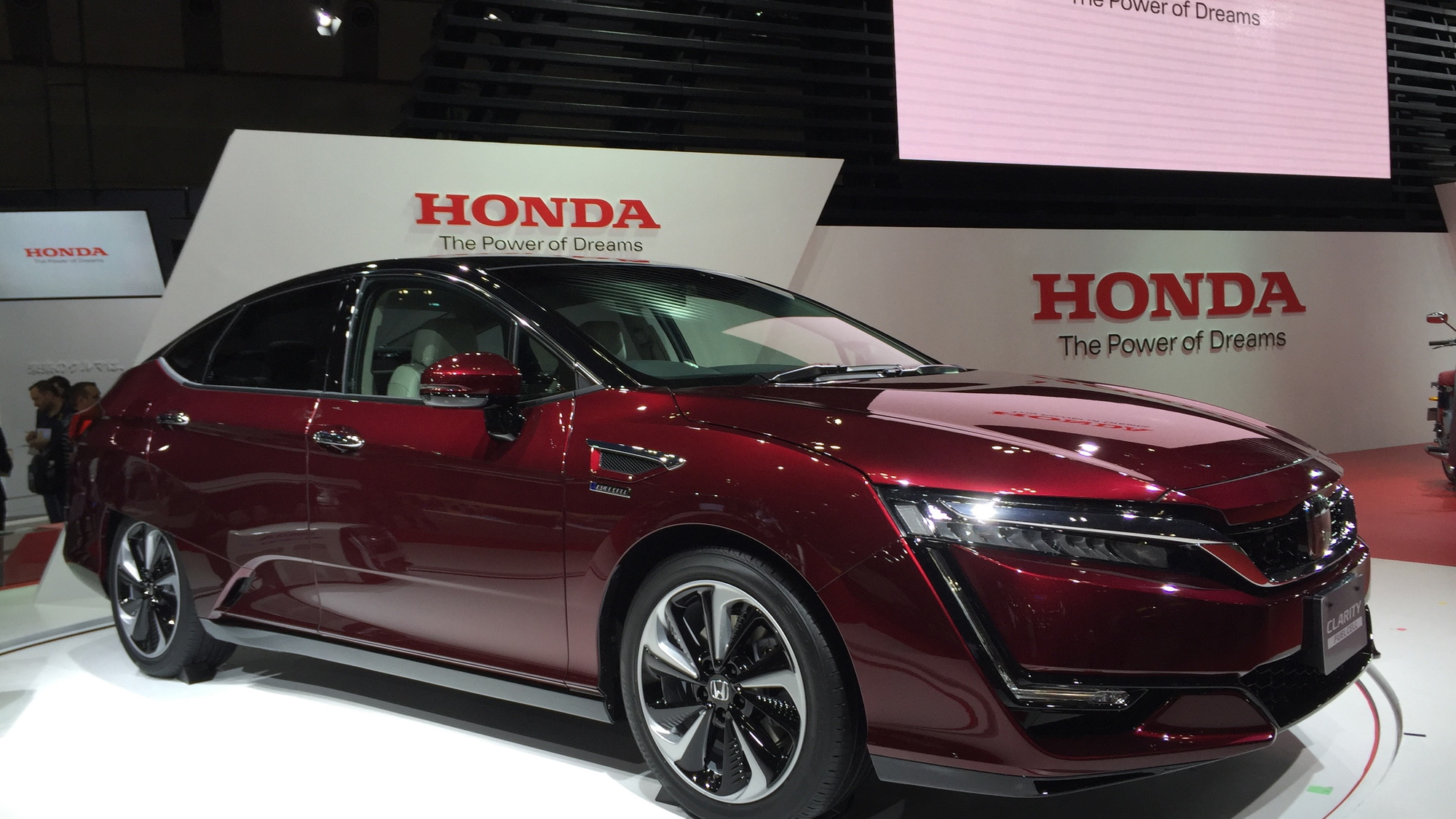 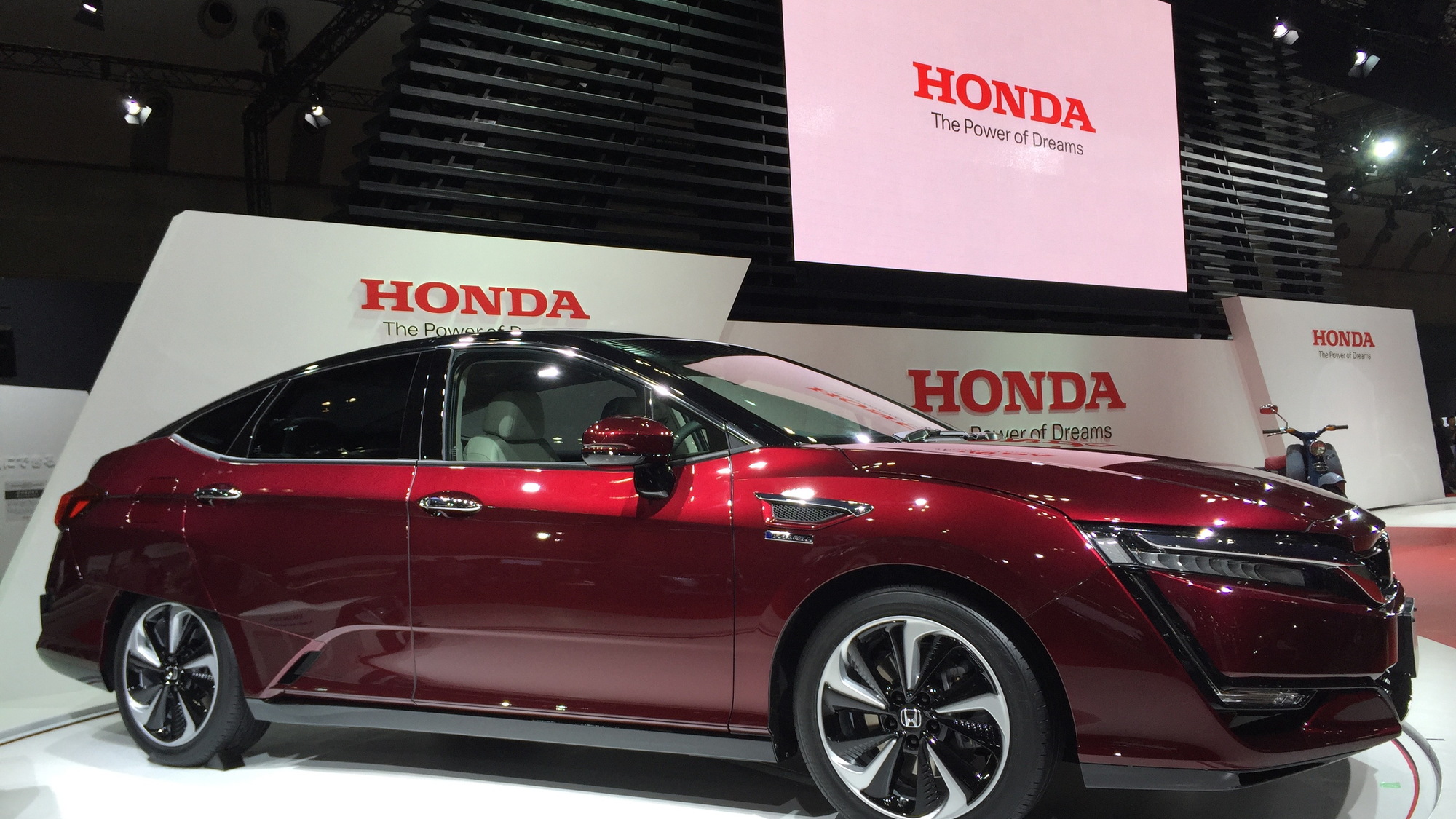 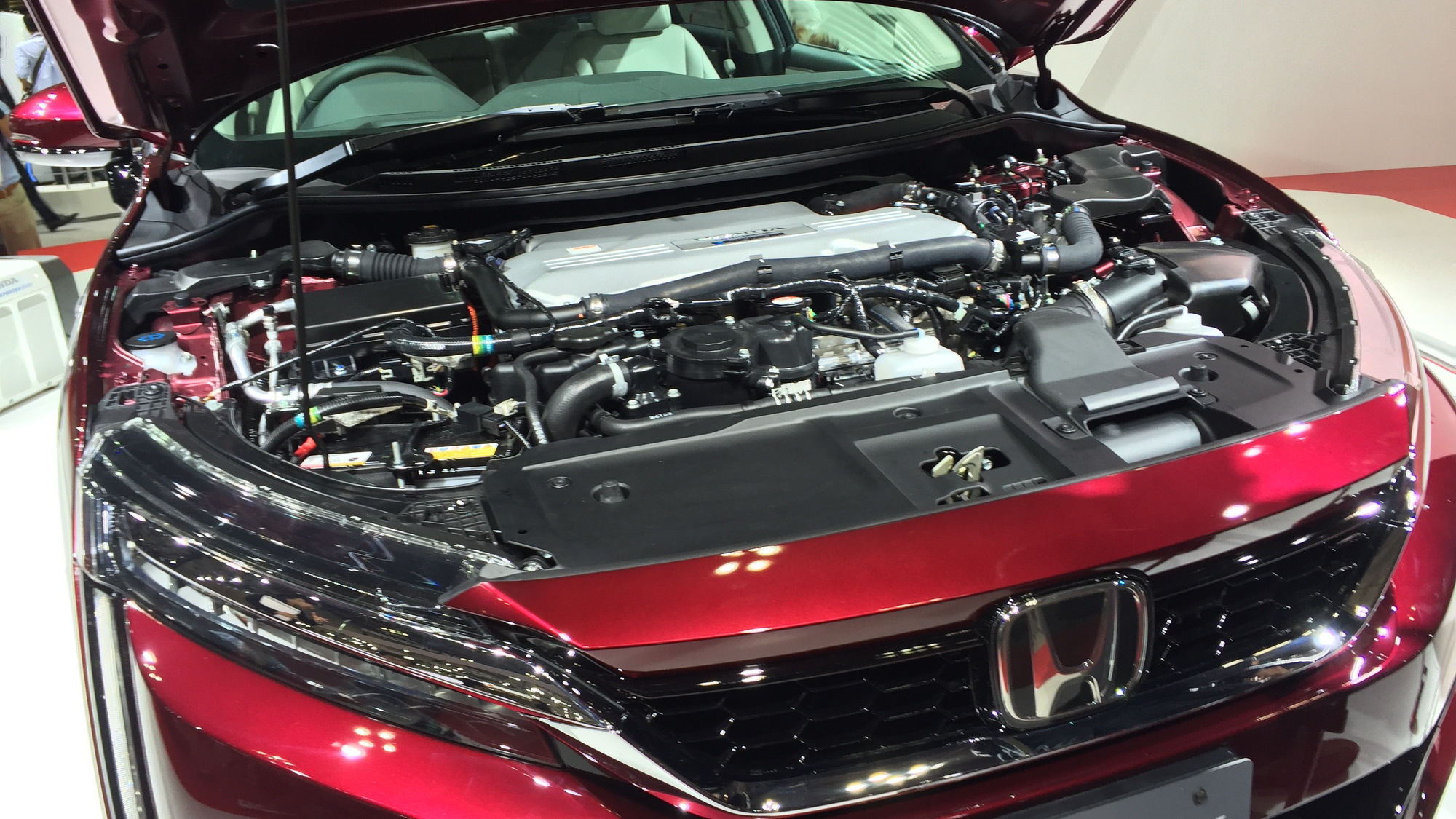 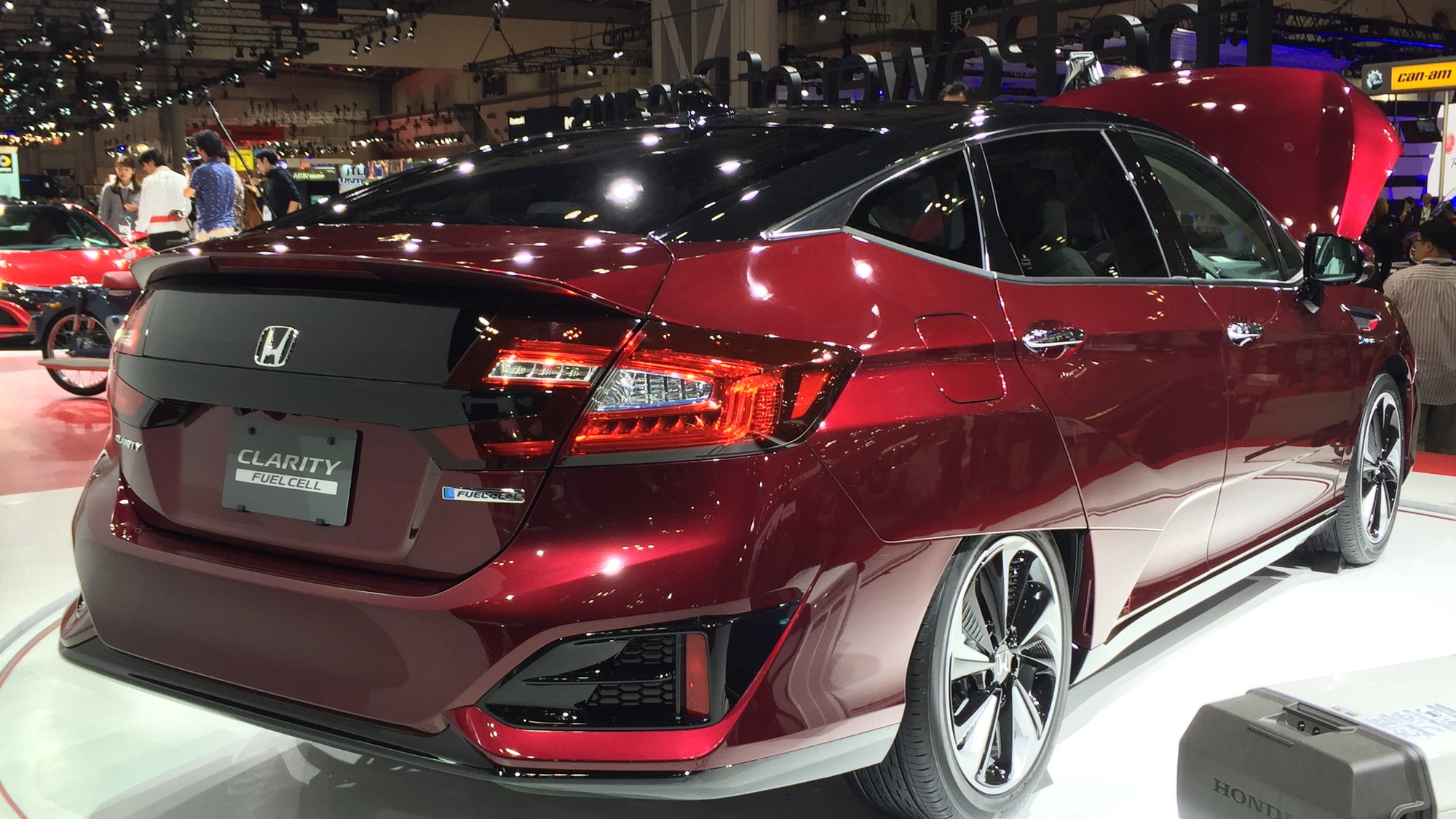 We got a first look at the 2017 Honda Clarity Fuel Cell over a month ago, but major details--including the car's name--weren't released until the 2015 Tokyo Motor Show last week.

Honda's production hydrogen-powered vehicle--now named Clarity Fuel Cell--will go on sale in Japan early next year, with a U.S. launch sometime after that.

Its platform will also spawn dedicated battery-electric and plug-in hybrid models that Honda plans to launch by 2018.

Honda boasts that its entire powertrain--including the fuel-cell stack and electric motor--is compact enough to fit entirely under the hood.

Hydrogen storage tanks, meanwhile, are located under the rear seat and between the rear wheels at the front of the trunk. There's a lithium-ion battery pack in the floor as well. 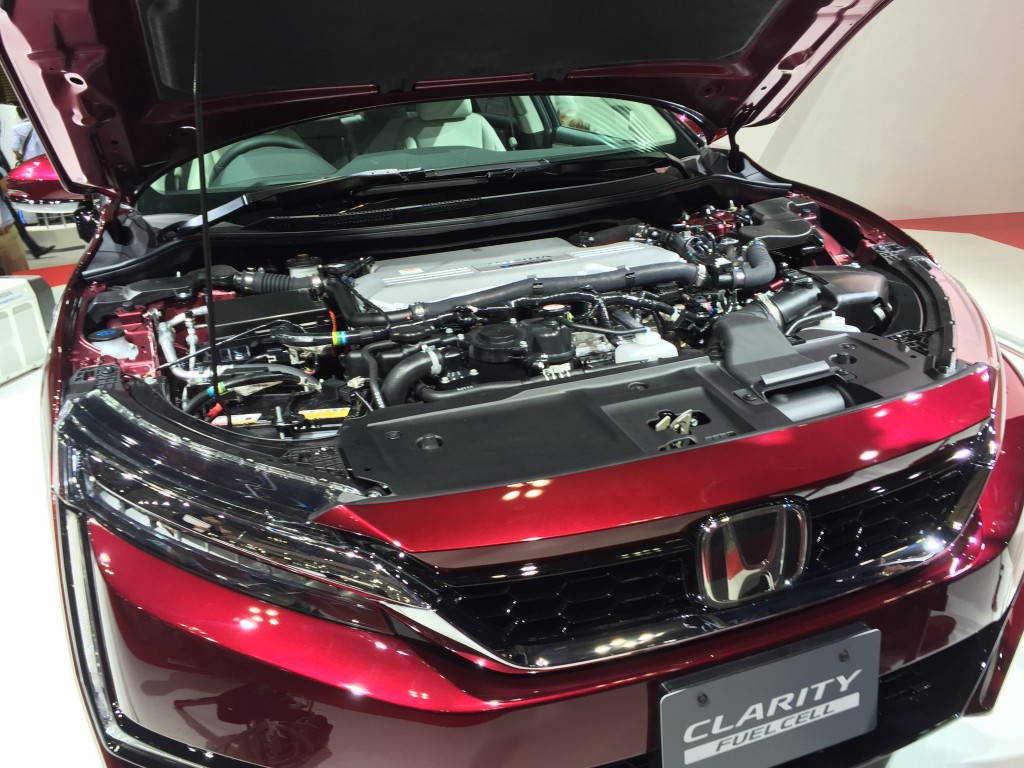 The motor produces 174 horsepower and 221 pound-feet of torque. Honda estimates a 0 to 60 mph time of 9 seconds.

Honda says there is enough hydrogen-storage capacity for 434 miles of range, as measured on the Japanese testing cycle.

The Japanese cycle is much more optimistic than the U.S. EPA cycle, but the Clarity could still achieve around 300 miles of range in EPA testing.

Honda has taken a different approach to the development of its fuel-cell vehicle than either of the other manufacturers that have offered them so far. 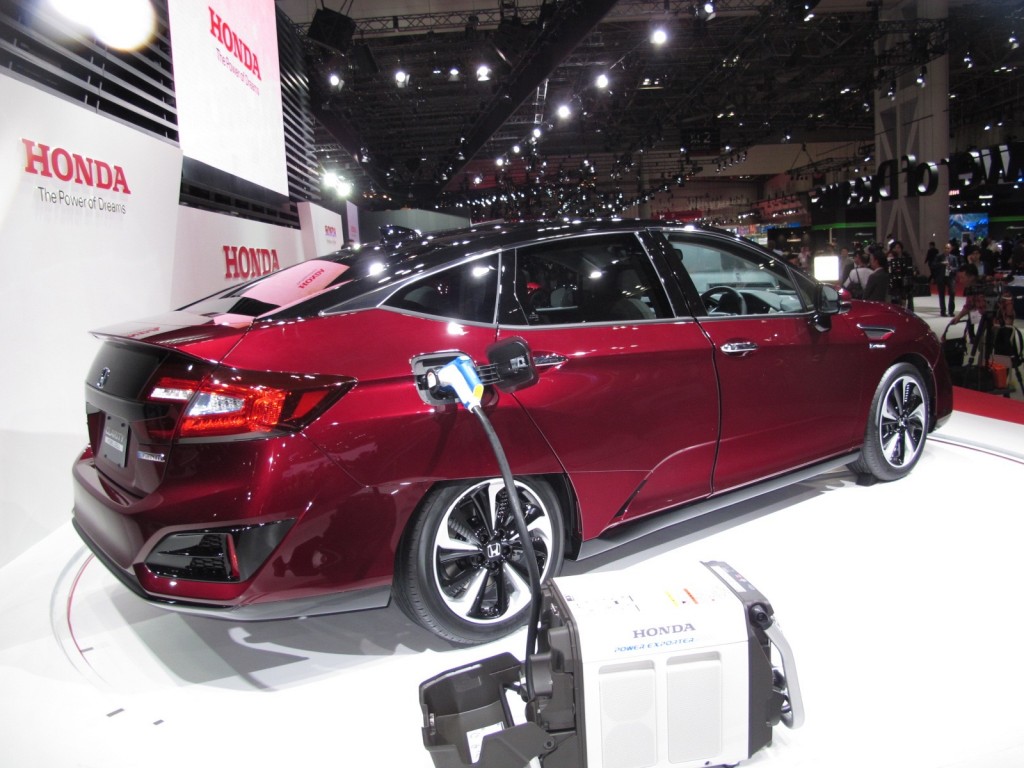 While the Hyundai Tucson Fuel Cell is based on an existing model, and the Toyota Mirai uses a unique platform, the Clarity Fuel Cell will be the basis for additional models.

The platform, designed from the start for electric drive, will be used for the dedicated battery-electric and plug-in hybrid models announced by the company earlier this year.

This should help Honda amortize what are likely to be development costs by using the Clarity's platform for higher-volume vehicles.

While Honda only plans to sell about 200 fuel-cell cars in the first year, the battery-electric and plug-in hybrid models could sell in the thousands globally.

And that would let Honda get more volume out of its first-ever production electric-drive vehicle--regardless of the pace of global hydrogen fueling infrastructure development.