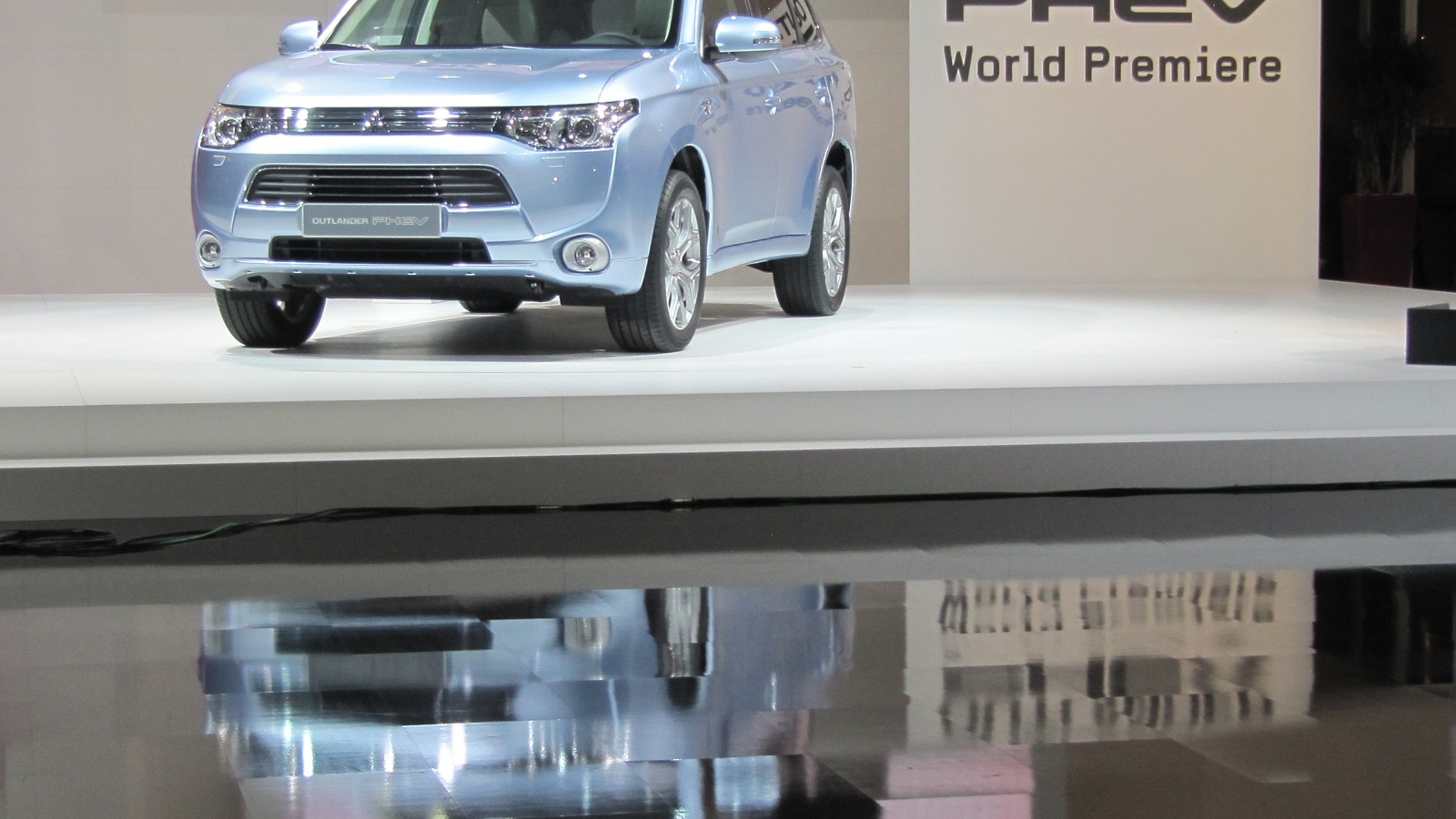 Mitsubishi has confirmed that the long-anticipated Outlander Plug-In Hybrid utility vehicle will arrive for the 2017 model year, in Spring 2016.

It’s hardly been a smooth trip to market for the Outlander Plug-In Hybrid (PHEV). The model was originally previewed by a concept at the 2009 Los Angeles Auto show, and slated for U.S. introduction in 2013, as an image-building flagship model that would coincide with a full redesign.

To give you an idea of how long it’s overdue, that third-generation Outlander has now been given a rather extensive mid-cycle refresh for 2016, and the Plug-In Hybrid’s still nowhere to be seen at Mitsubishi showrooms.

Mitsubishi’s U.S. officials have insisted that it was held from the U.S. because it was selling very well in Europe. At nearly 20,000 Outlander PHEVs sold there, it’s true that sales were considerably better than anticipated. But we’re betting that Mitsubishi’s especially uncertain future in the U.S. several years ago didn’t help with that either.

For the U.S. market, the model would have been the first plug-in hybrid utility vehicle from any mainstream automaker.

Demand in Europe was beyond the original battery production expectation, according to Bryan Arnett, senior manager for product strategy at Mitsubishi Motors North America. “We couldn’t manufacture batteries to meet demand over there, which unfortunately caused us some delay,” Arnett said.

“Then as we were working with the battery supplier [Ed: LEJ] to improve demand, we were aware of this product—so it just sort of made more sense to align all the stars and introduce the PHEV to the U.S. in its latest form,” Arnett explained.

Plug-In Hybrid Due To Get Mid-Cycle Revamp—And More

The U.S. is the second market to get refreshed non-hybrid versions of Outlander, including more noise insulation, improved materials, and revamped styling details, among other things. Then in the 2017 Mitsubishi Outlander Plug-In Hybrid, we’ll see “many of these changes, and then some more.”

Don’t look for any major changes in the battery capacity (12-kWh) or the motor system, but the 2017 Outlander Plug-In Hybrid will have some significant improvements in control strategies.

“We are continuing to refine the use of the power and tune the range,” said Arnett, hinting that it could earn a slightly higher rating for range than the present model. “We can expect some improvement over the current vehicle.”

The setup uses two electric motors—one for the front that can be clutched in with the 2.0-liter four-cylinder engine, and an ‘over the road’ one that spins with the rear wheels. As it’s presented in Europe, the Outlander Plug-In Hybrid has an all-electric driving range of 32.5 miles (by ever-optimistic EU figures) and a total combined gasoline-and-electric range of more than 500 miles. As with the 2016 Hyundai Sonata Plug-In Hybrid, it also includes a charge-restoring mode, allowing you to fully recharge the battery while driving.

Better off late to the party?

The one thing that the 2017 Outlander PHEV gives up is the third-row seating capability of the other Outlander models. That’s because of the space required for the inverters and rear electric motor system.

Arnett added that the delayed launch of the Outlander PHEV may result in it being better-received in the U.S., as its dealer body is now better-equipped to understand and sell such a vehicle than it was a few years ago—when the i-MiEV all-electric car arrived at dealerships with very little training or information.

Mitsubishi has learned some lessons with the i-MiEV, Arnett admits, although he says that the PHEV poses even more of a challenge.

“What we’re really learning is the importance of education in our sales body,” said Arnett. “We find that the shoppers for this in other markets are very savvy, and that those who are early adopters of this technology tend to have a very strong knowledge or a good understanding, and they expect when they go into the dealership to have a conversation at the same level.”

“We’re very excited for it,” he added. “We’ve been waiting a long time for it, it seems like.”