The all-new fourth-generation Toyota Prius is getting closer and closer to launch, as witnessed by an increasing number of spy shots of prototypes testing all over the world.

Two weeks ago, a heavily camouflaged Prius was recorded on video fueling up at a North American gas station.

Now, new shots of a similar car testing on the streets of a large Thai city have been posted by another quick-witted smartphone user.

DON'T MISS: Is This The Next Toyota Prius Hybrid Captured On Video?

Found in the forums of Headlight Magazine (via Indian Autos Blog), the five shots are clearer than the previous video, and show more details of the camouflaged car.

In proportion, it appears somewhat lower than the current car, and its tail is proportionately even higher.

The two-piece rear window in the rear hatch is retained, and the test car supported an inverted U-shaped spoiler at the end of the decklid. 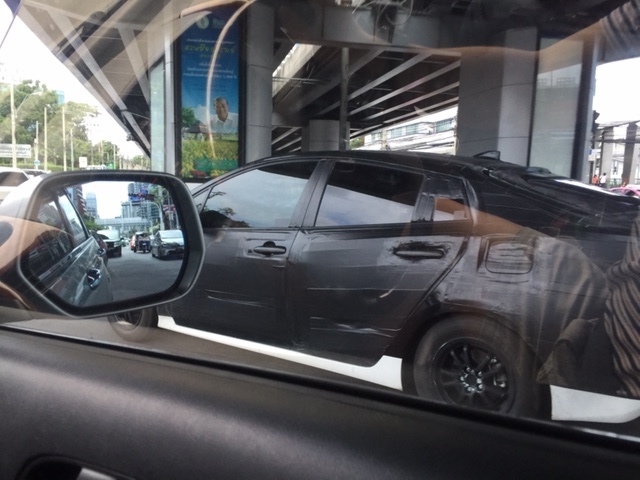 The car being tested is fitted with blacked-out alloy wheels with a sporty design, lending credence to the idea that the new Prius will be considerably more of a driver's car than its predecessor.

Reports from Japan indicated last year that the new Prius was delayed when it was sent back to the design studio to make it sportier.

The 2016 Toyota Prius (which may reach the U.S. market carrying a 2017 model year) is the first of dozens of vehicles that will be built using the Toyota New Global Architecture (TNGA).

The location for the car's global debut is thought to be either the Tokyo Motor Show in October or the Los Angeles Auto Show in November.

The Detroit Auto Show next January also remains a possibility, though production in Japan is expected to start this December. 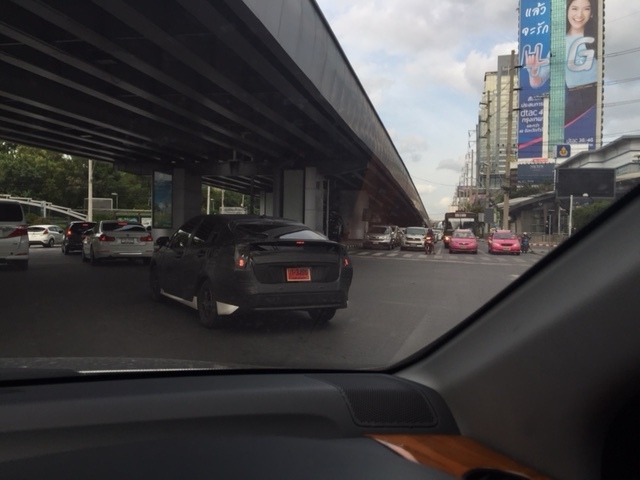 The new Prius is expected to continue with a nickel-metal-hydride battery pack in the base model, with an optional lithium-ion battery in a more expensive model that may offer better fuel economy.

All-wheel drive has long been rumored as another option.

There will also be a replacement for today's Prius Plug-In Hybrid; Toyota is ending production of that car this month.

The new plug-in Prius, however, isn't expected to go into production until October 2016, at which time it will likely offer wireless inductive charging as well as a recharging plug.