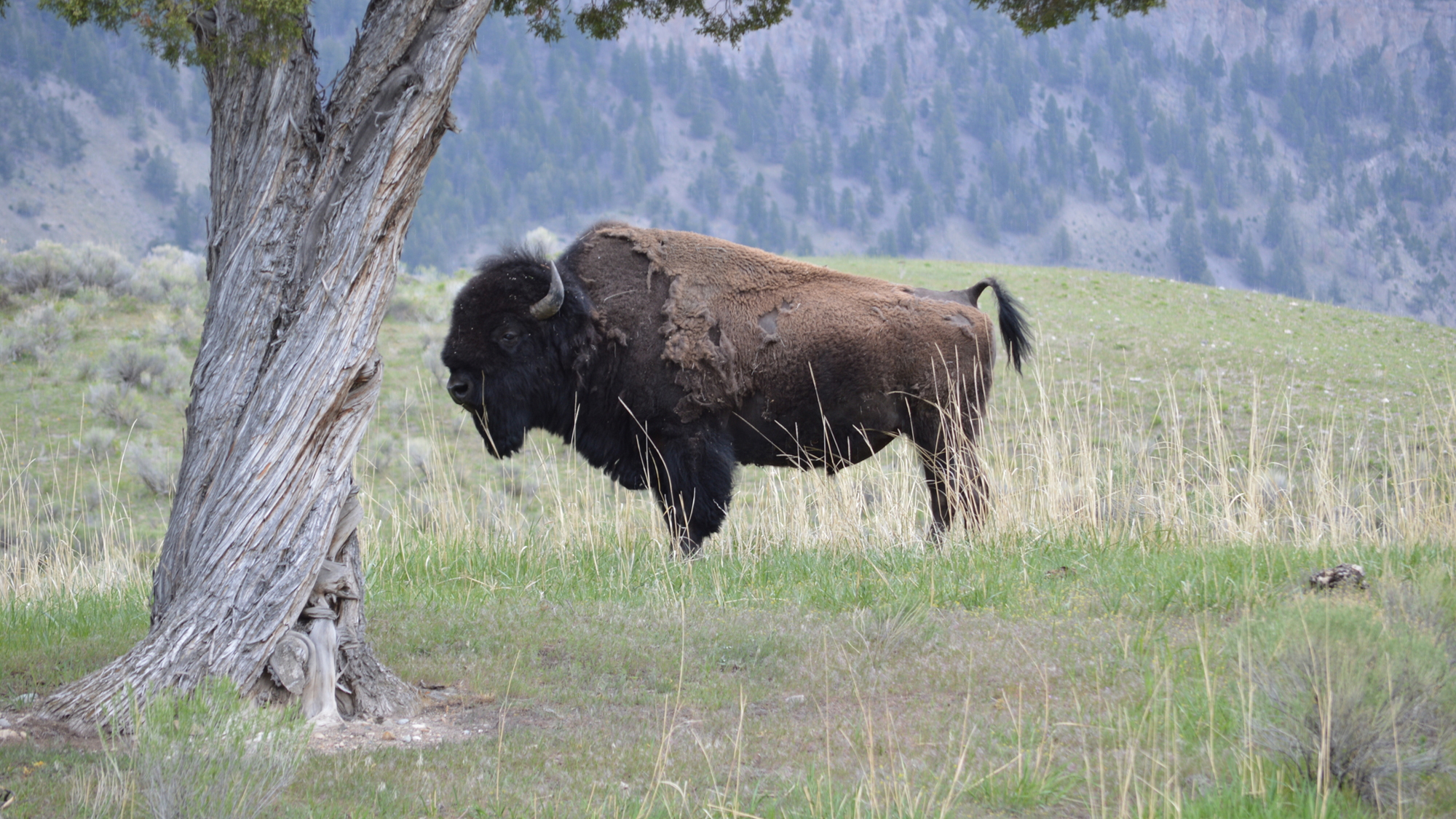 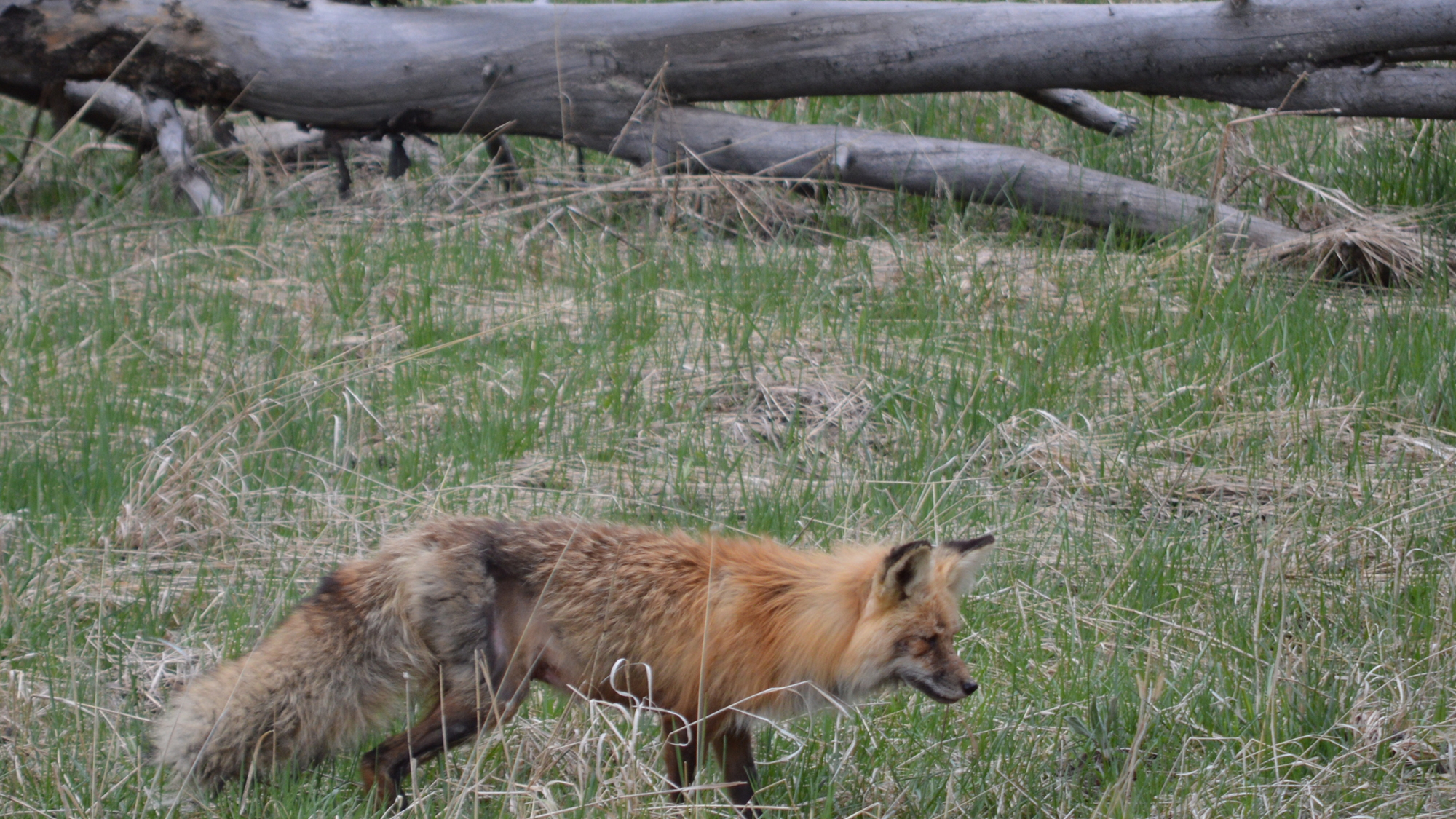 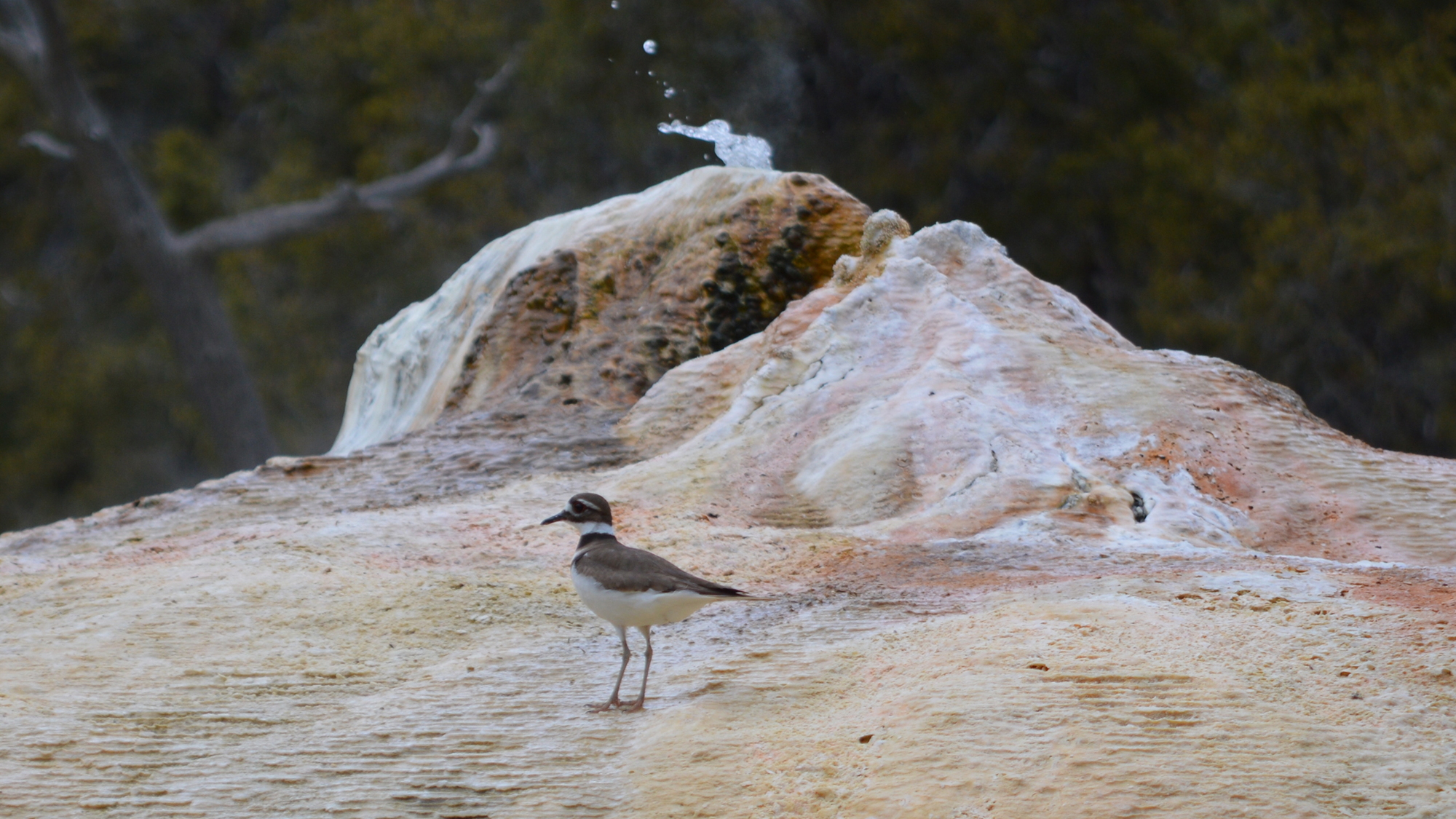 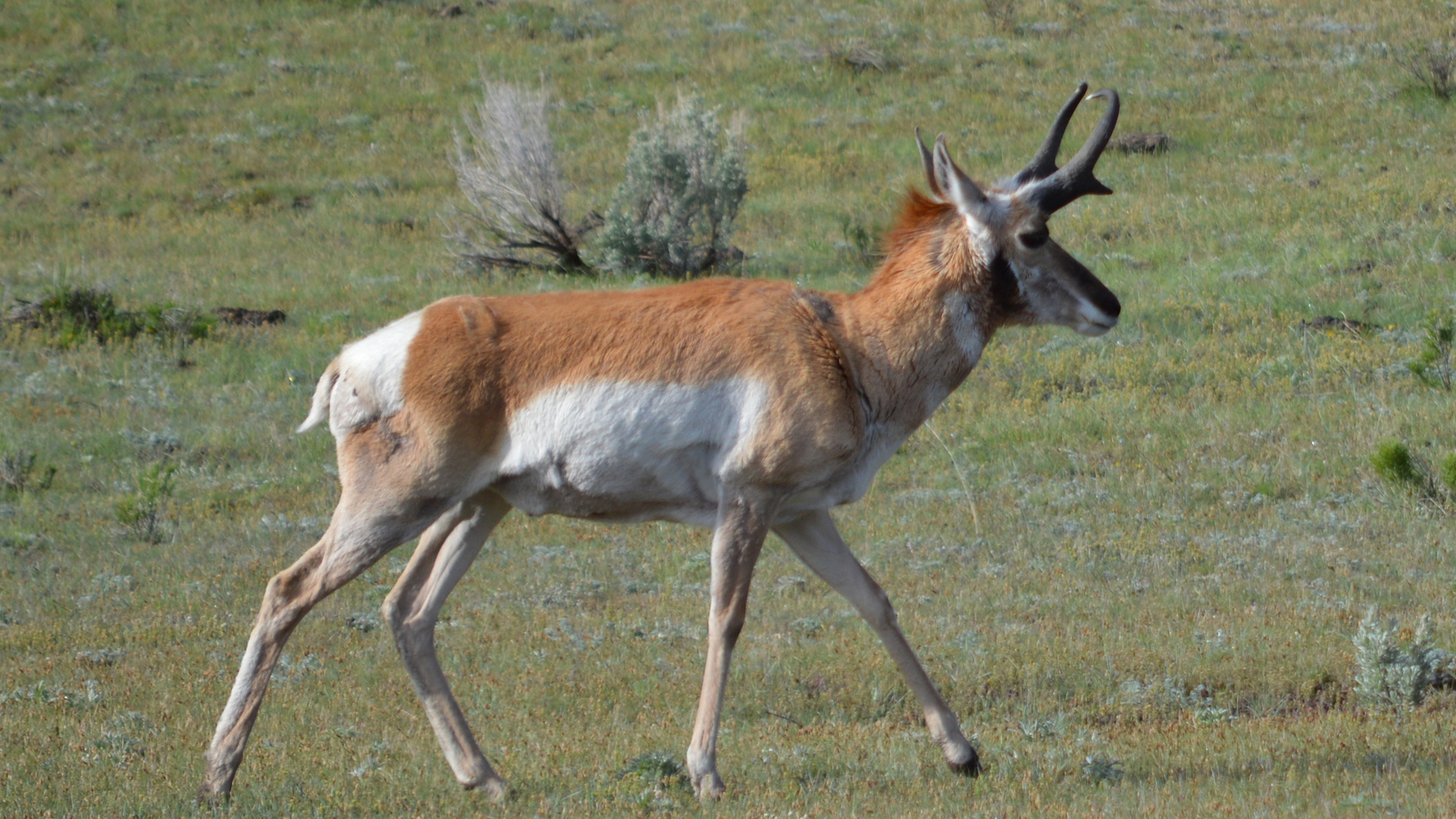 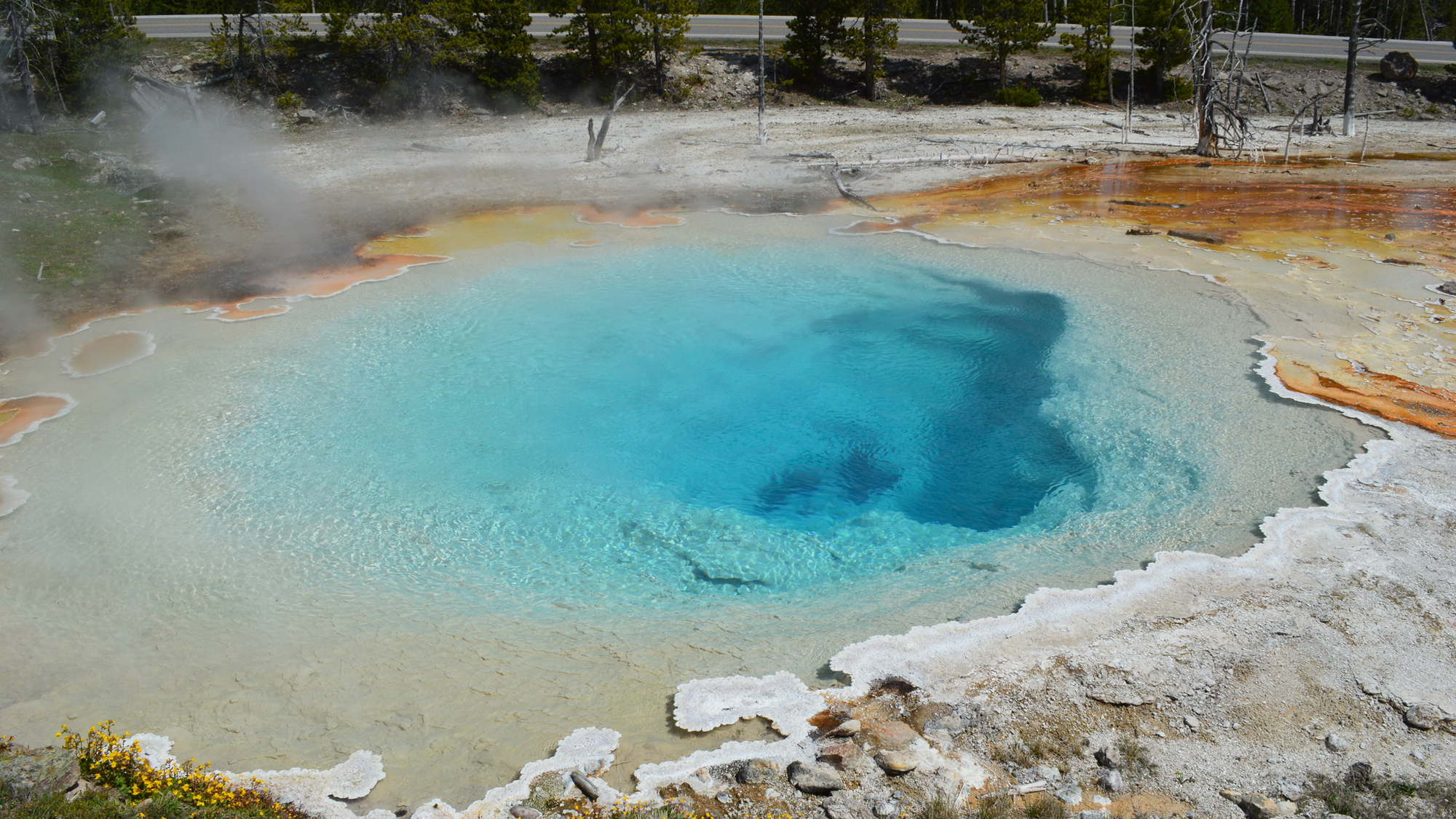 Carbon guilt weighed heavily on my mind as I approached the car rental counter at the Salt Lake City Airport.

The book I was reading on the plane (Sustainable Energy, by David JC Mackay) suggested that my portion of the energy for the round-trip plane ride from Boston and back would amount to roughly 12,000 kilowatt-hours.

That is roughly equal to a full year’s electricity use for the average American home--or three years' usage in an energy-efficient home like mine.

That's a lot of consumption for one round-trip plane ride.

The carbon footprint of the rental car I intended to pick up was another story. Renting an electric car for the road trip from Salt Lake City up to Yellowstone Park and the Tetons seemed unfeasible in an area deliberately left underdeveloped.

So I decided to make do with the most efficient gas car sold in the U.S., the 50-mpg Toyota Prius.

That was my intent, at least, until I found that the Prius is viewed as a "Premium Car" by rental companies. Thus it would cost me $500 for the week versus $200 for many more “normal” cars.

The week before getting on the airplane, I had settled on the Subaru XV Crosstrek as my compromise ride of choice.

Sure, its 29-mpg combined EPA rating wasn’t great, but the $200 rental fee helped block out my feelings of carbon guilt.

Upon my arrival at the rental counter, I stepped up ready to be handed the fob for a suitably outdoorsy Crosstrek all-wheel-drive compact hatchback.

But despite the signs saying that rental cars were available at the counter, the rental agent informed me that they didn’t have any cars to rent.

The rental agent offer me a 15-passenger van, which I rejected. Then I was offered a pickup truck. It was as if the Prince of Carbon Darkness was deliberately plotting against me.

We leaped at the chance to begin heading north toward Yellowstone, grateful at least to be burning less fuel than in the finest Ford F-150 Crew Cab full-size pickup truck.

Stepping into the Fusion, a non-hybrid model, I noted that previous renters had only managed an indicated 24 mpg. I could feel the carbon guilt washing over me again.

But I reset the mpg computer on the digital dashboard and we set off.

With the appallingly low gas mileage the car had produced, I was determined not to like the Fusion.

But it gradually won me over.

The Fusion accelerated smoothly and quietly, and its steering was nimble, with great road feel.

The dash is laid out well, with a familiar speedometer in front of the driver and a multi-function digital display on either side, controlled by independent four-way arrow buttons on the left and right sides of the steering wheel.

When backing up, the large central display showed a great image of the area behind the car, including guidelines that curved as you steered to depict where the car would end up.

Even Ford's oft-maligned Sync entertainment system linked easily to all three of our phones, so we could stream music via Bluetooth without ever touching the phone.

When leaving the Fusion after it was parked, the streaming paused the phone playback--and picked it up right where it had left off after we later got back into the car.

After an enjoyable week of vacation that covered more than 800 miles, the dash display indicated 30 mpg--and I found myself a fan of the Fusion.

After finding my own Toyota Prius in the hybrid-parking area at Boston’s Logan Airport, I started to drive home to the suburbs--and I immediately missed the Fusion.

For the first time ever, I noticed that what journalists have been saying is true: The road feel provided by the Prius steering is numb.

The vehicle is a little louder, and not as smooth.

So I wondered, why not just go out and buy a Fusion as my daily driver if it is clearly a nicer car?

Glancing over to the Prius center display, I noted the indicated "50 mpg" that had drawn me to the Prius in the first place.

I wondered, is the difference between a 30-mpg car and a 50-mpg one really all that significant?

So the Prius saves about 7,000 kWh a year compared to a typical car. That savings alone would power my home for two years--so the savings are clearly significant.

As with much of life, it all comes down to choices.

I’m not the kind of environmentalist who could forgo the beauty of Yellowstone and the Grand Tetons because of the energy consumed by the airplane.

There doesn’t seem to be much of a way to mitigate that impact, aside from skipping trips altogether. But, to me, such trips are just too meaningful to pass up.

However, I will happily forgo the modest refinements offered by the Fusion over my own Prius to lessen the impact of oil-burning: on the environment, on energy security, on our balance of trade--and all the rest of the negative impacts of extracting carbon-based fuels from the ground.

The impact of changing from 30 mpg to 50 mpg is significant, even when viewed in the harsh light of all the other energy my existence on this planet seems to require.

Others, of course, will reach their own conclusions about the future--and about what kind of legacy we will leave to people like my daughter, her generation, and any future family she may have.