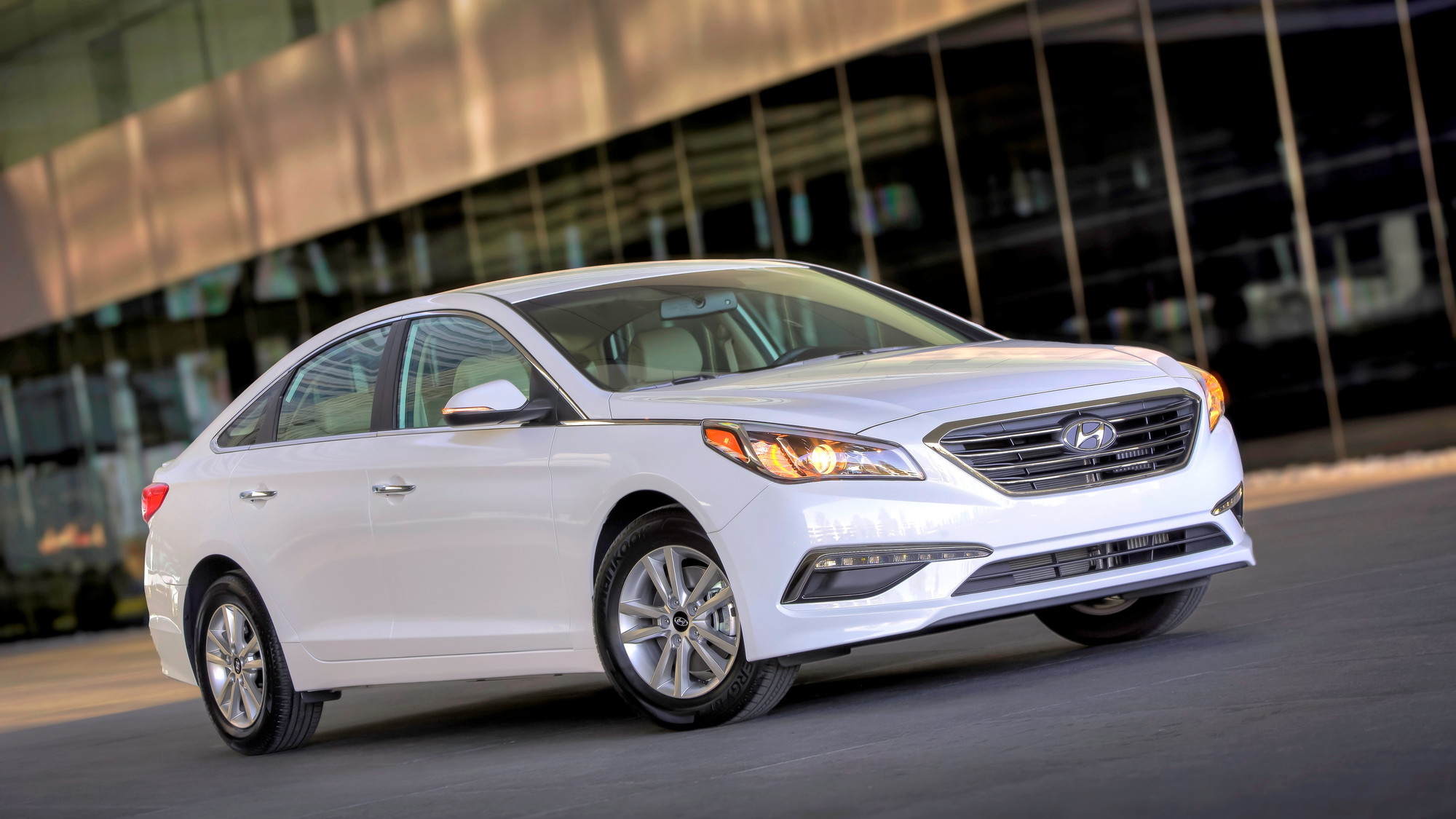 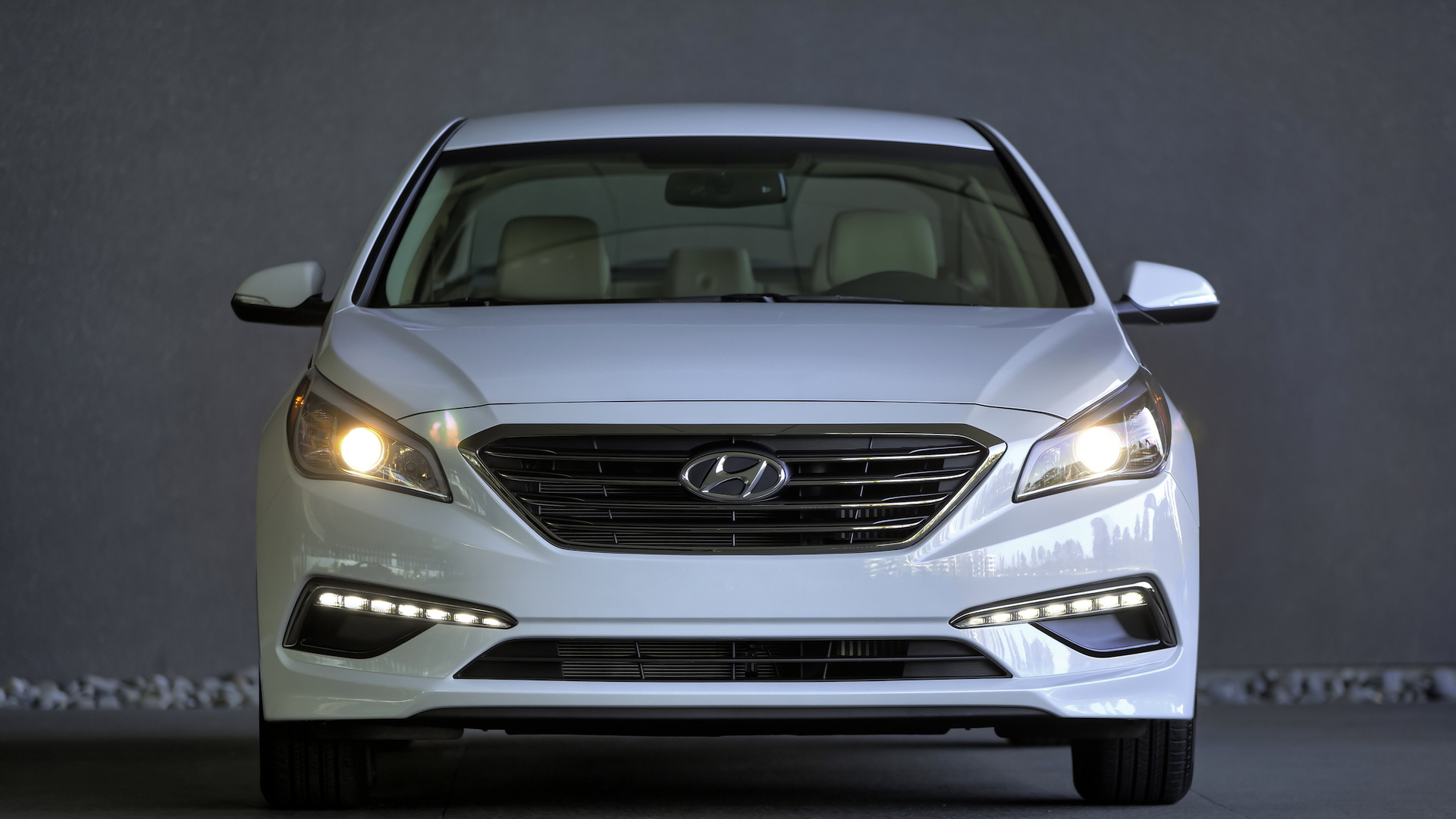 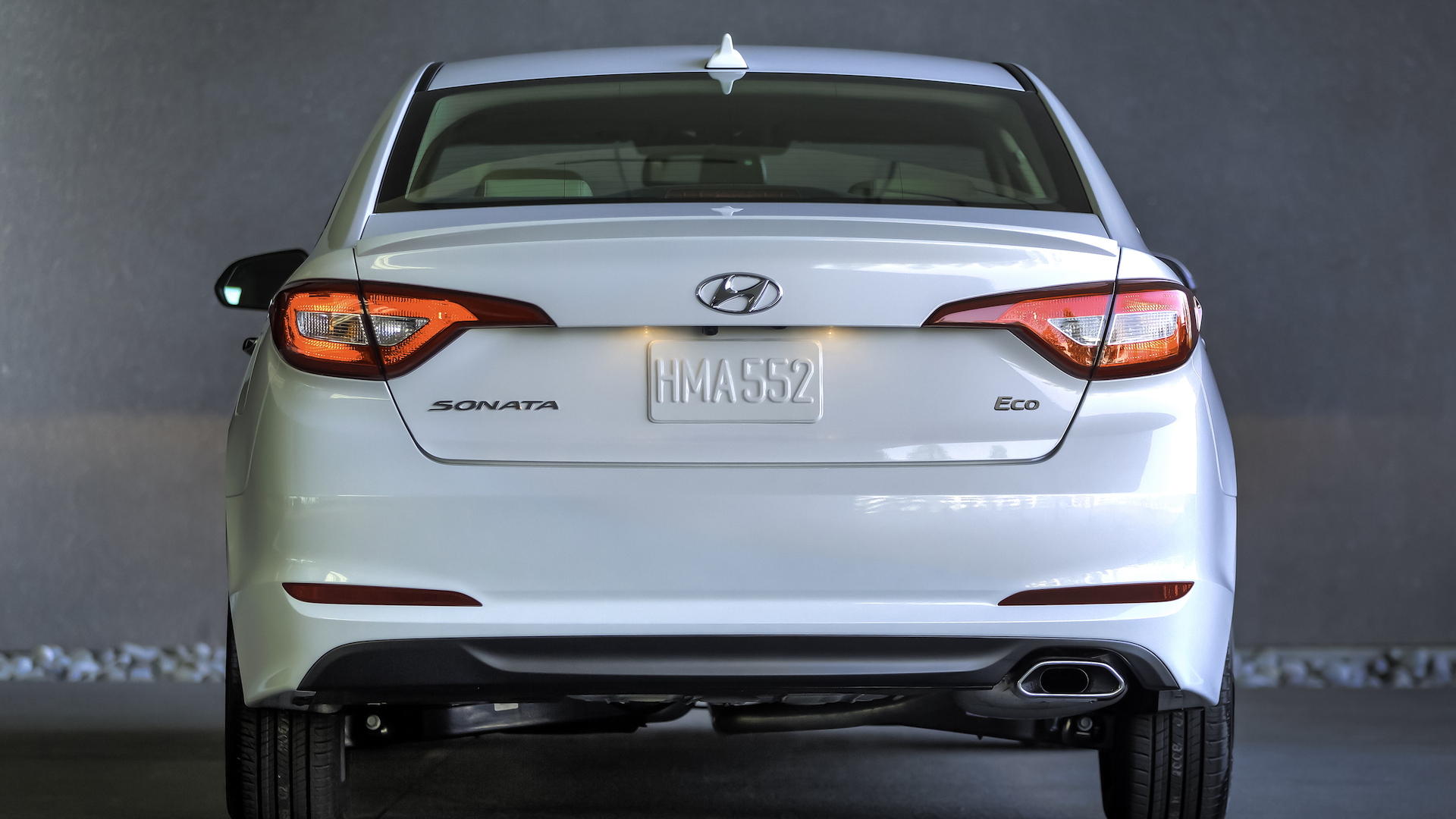 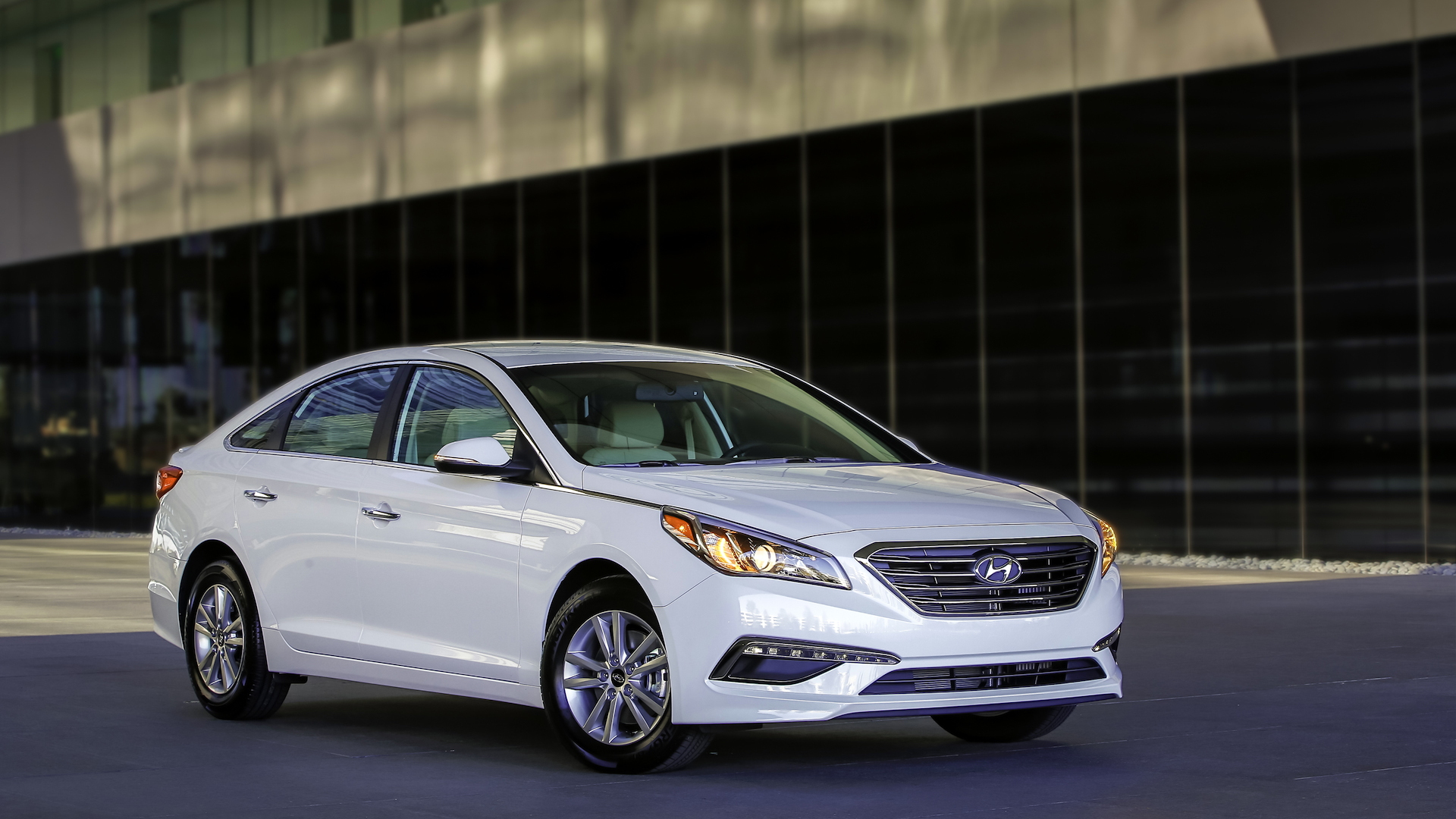 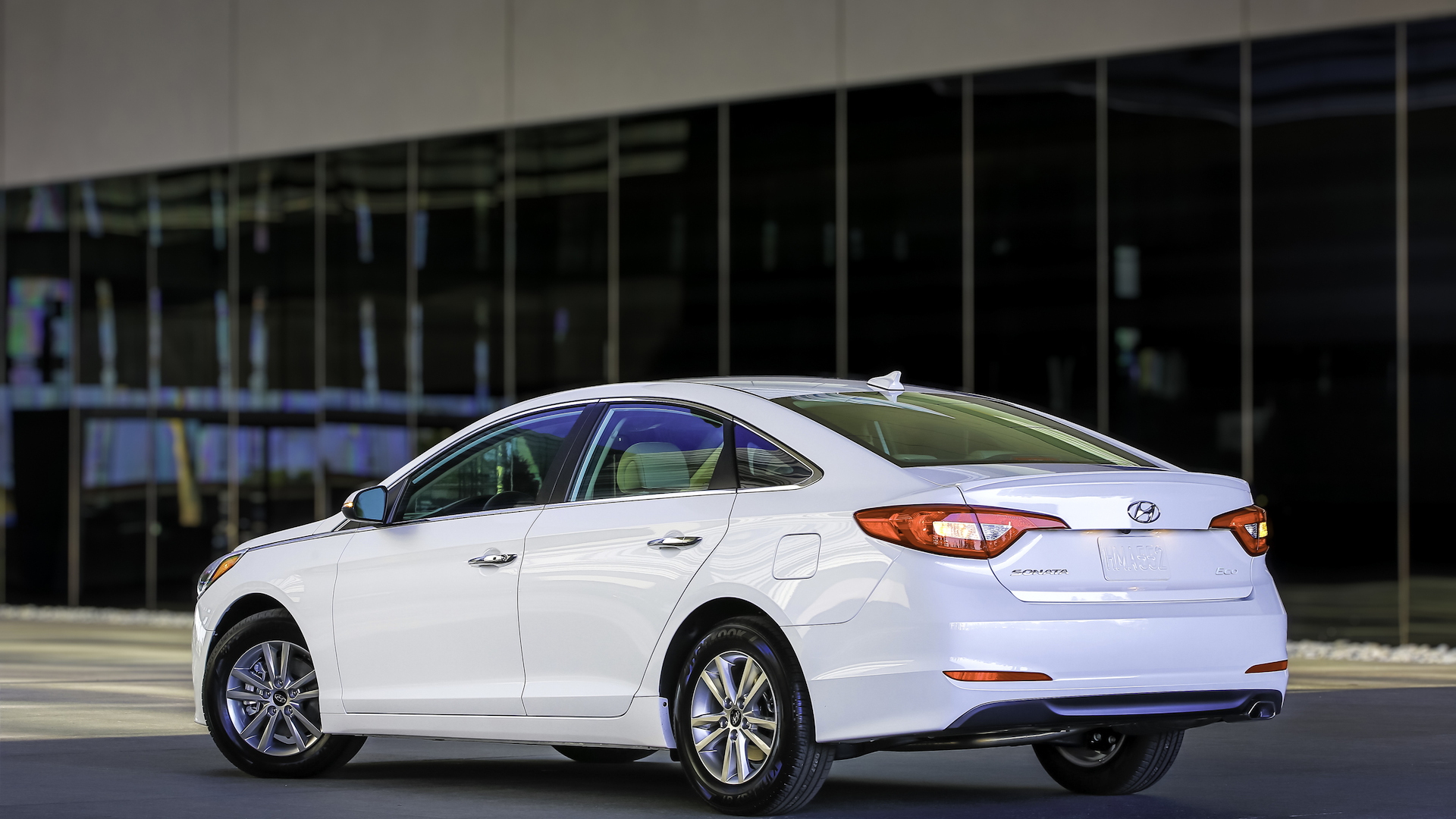 The 2015 Hyundai Sonata is nearly entirely new--save for the steadily improving Hybrid edition.

Hyundai says the Sonata Hybrid will stick with its existing gas-electric drivetrain and body style through the 2015 model year, while the rest of the range takes on a more subdued look and more refined powertrains for the new model year.

The new Sonata lineup includes the previous 2.4-liter and turbocharged 2.0-liter four-cylinder engines, now rated at 185 hp and 245 hp respectively. Each has been massaged for fuel-economy gains for the new model year: the base car now is EPA-rated at 29 miles per gallon combined, or 25/37 mpg, city/highway. The turbocharged four? It's pegged at 28 mpg combined, or 24/35 mpg. Those numbers compare favorably to 2014's ratings of 24/35 mpg and 22/33 mpg for the non-turbo and turbo sedans.

Even with those gains, the Sonata doesn't match the mid-size four-door class leader, the Mazda 6 equipped with their i-ELOOP capacitive energy storage system. That version of the 6 earns a combined rating of 32 mpg.

Hyundai's answer: a new Sonata Eco, outfitted with a direct-injected 1.6-liter turbo four and a dry dual-clutch transmission. The Eco hasn't been EPA-certified yet--and that's been an issue for Hyundai in the not so distant past--but they expect the Eco's gas mileage to check in at 32 mpg combined, or 28/38 mpg, for a 10-percent improvement over the base Sonata.

The carryover Hybrid models are still rated at 36/40/38 mpg.

Hybrid and plug-in, too?

Meanwhile, Hyundai is playing the future Sonata Hybrid close to the vest. At a press event launching the new '15 Sonata at its home assembly plant in Montgomery, Alabama, Hyundai's American chief Dave Zuchowski would only confirm that the Hybrid would carry over through the 2015 model year.

Mike O'Brien, Hyundai's U.S. head of product planning, added little more, confirming once again that Hyundai is working on a plug-in hybrid, and that "it's a little early to talk about it now."

Hyundai first showed a plug-in hybrid concept at the 2009 Seoul Auto Show, before bringing it to the 2010 Detroit Auto Show. The Blue-Will plug-in was described as a dedicated hybrid, one that wouldn't share a body with any gasoline-powered models, with an electric-only range of 40 miles, and a lithium-polymer cell battery composed like the ones found in the Sonata Hybrid.

The Blue-Will's gasoline engine was said to combine with the battery for an overall range of 650 miles, and a combined fuel economy of "more than 100 miles per gallon," though that number was not subject to vetting through local-market regulations and test cycles.