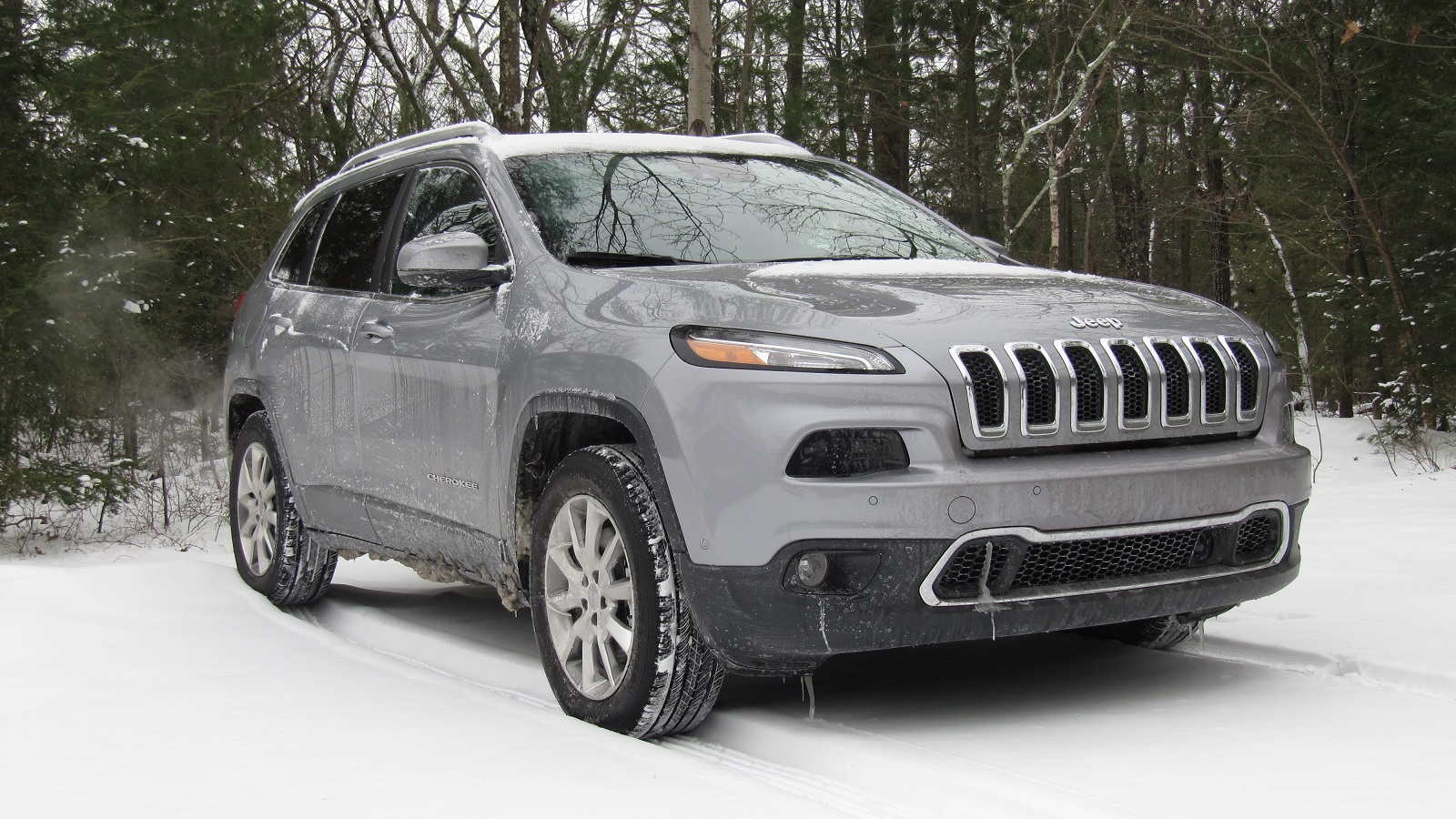 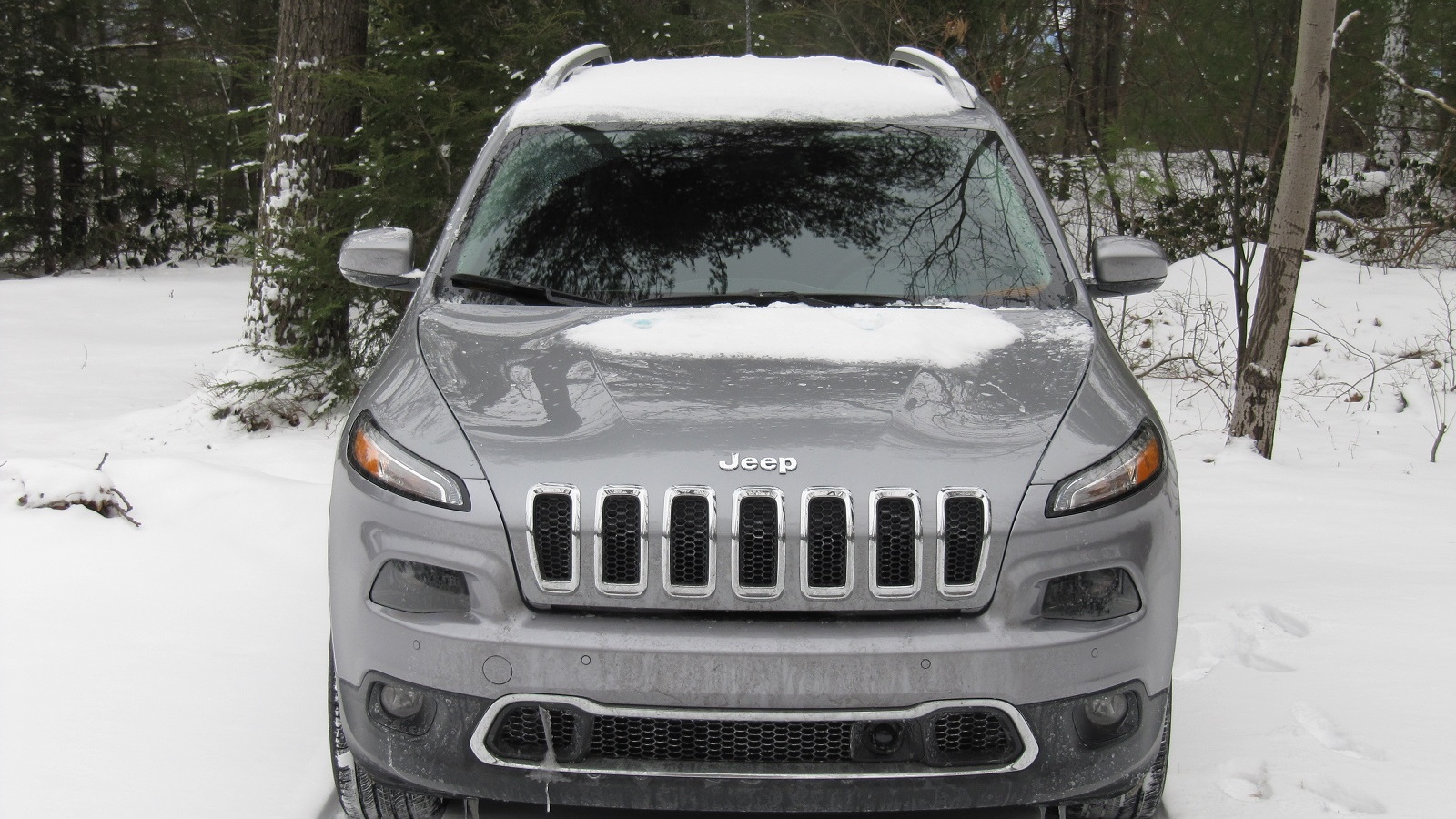 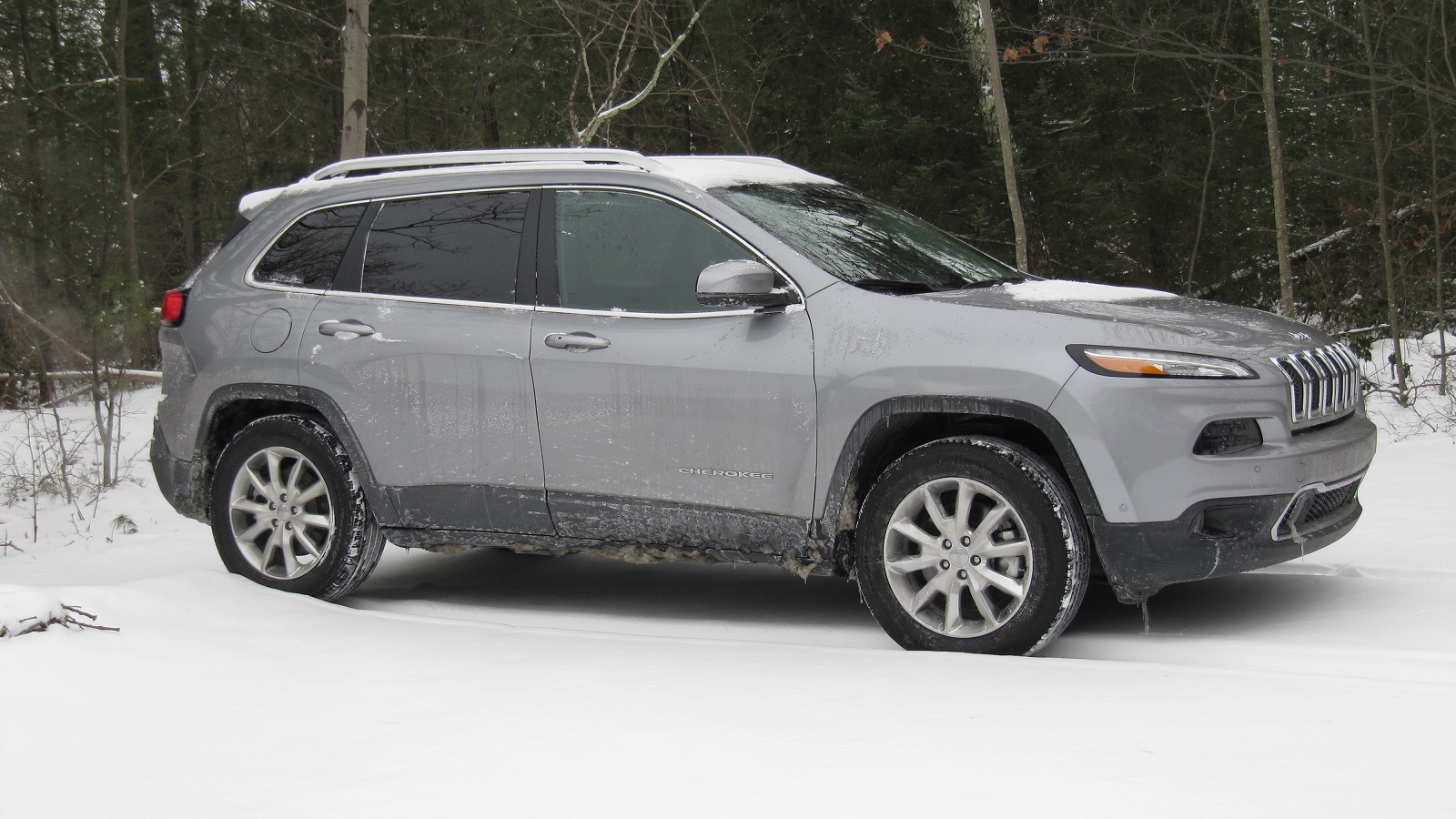 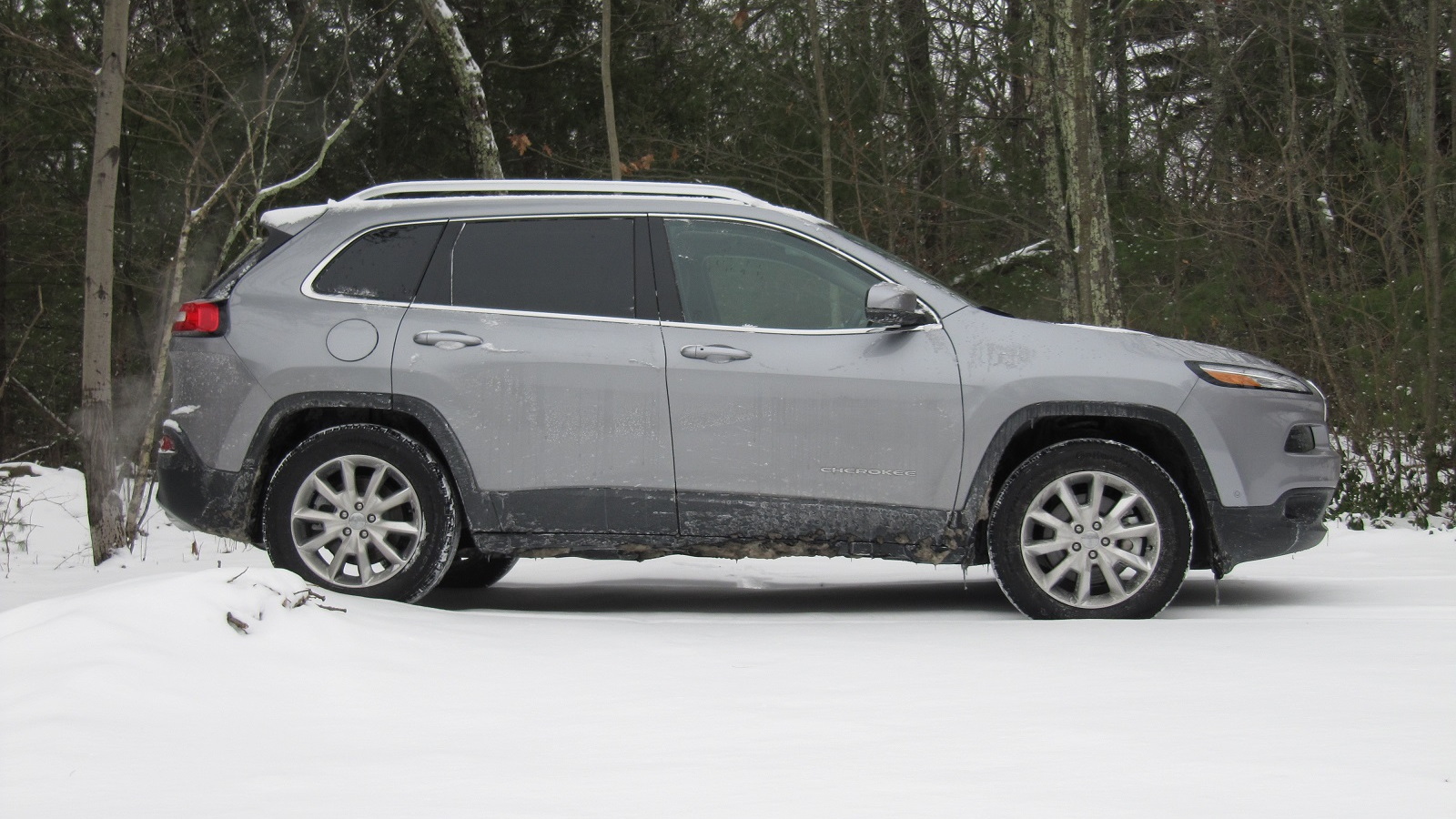 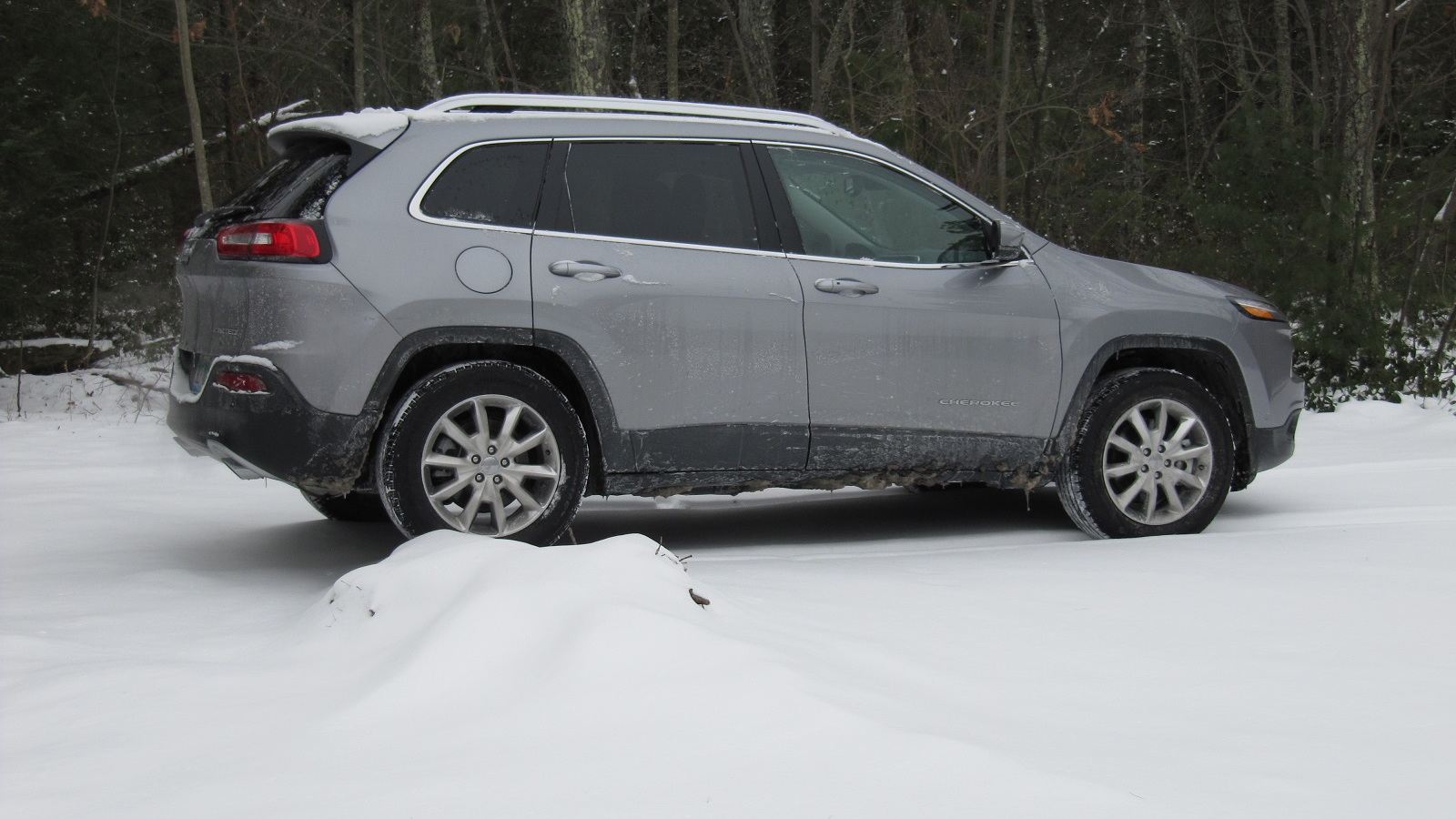 It's winter in the Northeast, and last week's Polar Vortex luckily came along just as our weekend test car was a 2014 Jeep Cherokee.

After the Dodge Dart launched for 2013, it's the second new vehicle from Fiat Chrysler to use front-wheel-drive underpinnings adapted from Italian Fiat and Alfa Romeo models.

The 2014 Cherokee, however, has a brand-new all-wheel-drive system that is designed to be as fuel-efficient as possible while still providing all the durability and off-road prowess that Jeep is known for.

On that front, we can only say that the Jeep crawled itself through 4 to 6 inches of snow and up our steep and unplowed driveway without drama or fuss, assisted by the "Snow" setting on the all-wheel drive SelecTerrain control knob.

We'd been eager to test the new Cherokee, having recently spent time in two different versions of the new Ford Escape, as well as a few diesel luxury crossovers.

The version we got, however, was a high-end model fitted not with the base 2.4-liter engine, but the more powerful 271-horsepower 3.2-liter Pentastar V-6.

There are no fewer than eight combinations of engine, drive system, and four-wheel-drive technology listed for the new Cherokee on the EPA site. All are fitted with a new nine-speed automatic transmission.

And on our test route of about 268 miles, split about two-thirds highway and one-third around-town and suburban stop-and-go, we averaged 23.8 miles per gallon as indicated on the vehicle's in-dash display.

The secondary trip odometer registered 743 miles, and an average fuel economy of 23.3 mpg.

We suspect that the nine-speed automatic transmission really pays off on the highway, when we noted the engine turning at 1500 rpm or below. We felt an occasional low thrumming noise as the engine stayed at low speeds even under heavier load--otherwise known as "lugging."

While we know 20 to 25 mpg may not seem high to many readers, it's 30 to 45 percent better than the fuel-economy numbers recorded by the old Jeep Liberty--and the new Cherokee is a much nicer vehicle.

Overall, we were more impressed than we expected to be at the 2014 Jeep Cherokee. It's comfortable, capable in snow, and remarkably refined.

The frontal styling is a matter of taste, of course, but the rest of the vehicle is modern--if not especially Jeep-like to our eyes. Or as one passenger remarked, "It looks kinda Japanese--is that good or bad?"

Other observations from our three-day tenure with the new compact Jeep:

Our 2014 Jeep Cherokee Limited 4x4 carried a base price of $29,995, and included four option packages bundled together as Customer Preferred package 26G.

The Luxury Group, at $1,595, added premium leather seats, ventilated in the front; a power-operated liftgate; memory for the driver's seat, exterior mirrors, and radio; and high-intensity discharge (HID) headlamps, which were excellent.

The 271-horsepower 3.2-liter V-6 engine was a $1,495 addition, though it did come with twin chrome-tipped exhaust outlets.

And for $795, the Uconnect system added a navigation system, HD radio, SiriusXM satellite traffic and TravelLink data, and one-year subscriptions to both Sirius and Uconnect Access.

Adding in the mandatory destination charge of $995, the total price of our test Cherokee was $37,030.