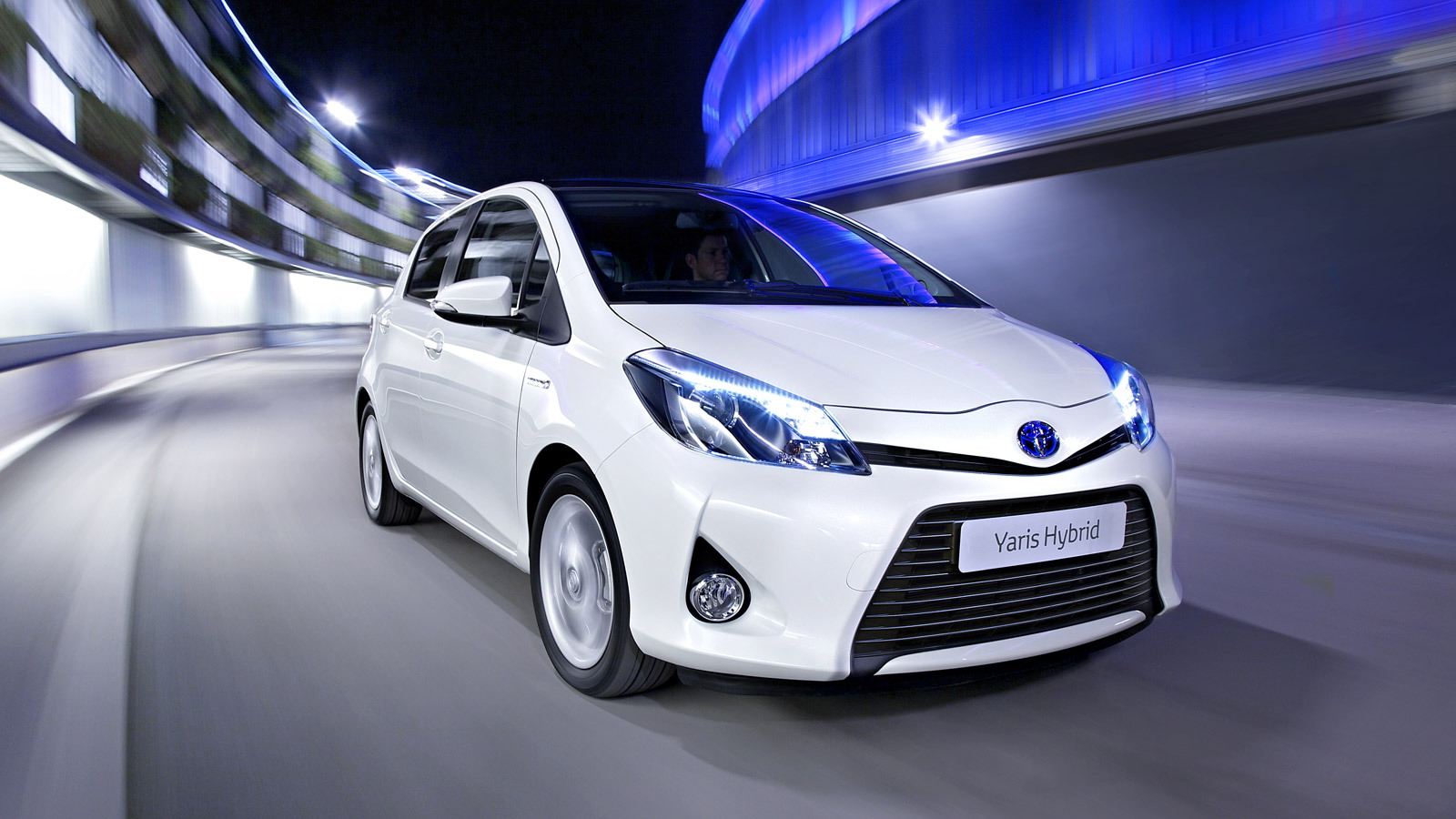 3
photos
Toyota has released its second teaser image of its Frankfurt Auto Show Hybrid R concept--and it's not at all what we thought it was.

There was plenty to suggest that Toyota might use the show to showcase a much-anticipated sports coupe using the Supra name--one with a hybrid drivetrain.

The latest details and teaser image suggest something very different, though--a powerful hot hatchback based on the Yaris subcompact.

When we say powerful, we really mean it. Toyota says the concept "combines a high-power internal combustion engine with electric motors to achieve a maximum power output of more than 400bhp".

And while the darkened image shows only a corner of the vehicle, the headlights, grille shape and front bumper design are unmistakably those of the Yaris. They're most similar, in fact, to the existing Yaris Hybrid sold in Europe--a car we drove last year. The car's exterior is likely to be heavily modified however, to suit the powerful drivetrain.

Once again, Toyota's press release is pretty slim on details, but does say the concept will feature a dual-mode control allowing performance to be tailored to suit road or race track.