We're always interested in following the progress of competitors in the World Solar Challenge--a solar-powered race across Australia--but as our readers regularly point out, not immediately useful for the average electric car buyer on the street.

Solar Team Eindhoven, from the Eindhoven University of Technology, has changed all that. Sort of, anyway.

Most of the Solar Challenge's racers tread a familiar path to sun-powered glory: A single occupant, a flat, streamlined body design, and very little in the way of practicality. We can't imagine they're too pleasant for the poor souls who sit inside a glass bubble in the Australian sun, either.

In contrast, Eindhoven's design, called Stella, is more like an actual car--albeit the sort of car you'd expect to see in a sci-fi movie.

For a start, it can accommodate a full complement of four occupants. It also has a trunk, visible in the video above (via Earth Techling) under the large slab of solar cells that makes up Stella's sloping roof.

A car with four occupants and a relatively large frontal profile couldn't possible compete on even terms with the usual table-like designs from Stanford, the University of Michigan and the like, which is why Stella is entered into a slightly different class.

Called the "Cruiser" class, it focuses more on practical, usable solar vehicles, rather than the high-speed streamliners that usually dominate the headlines. 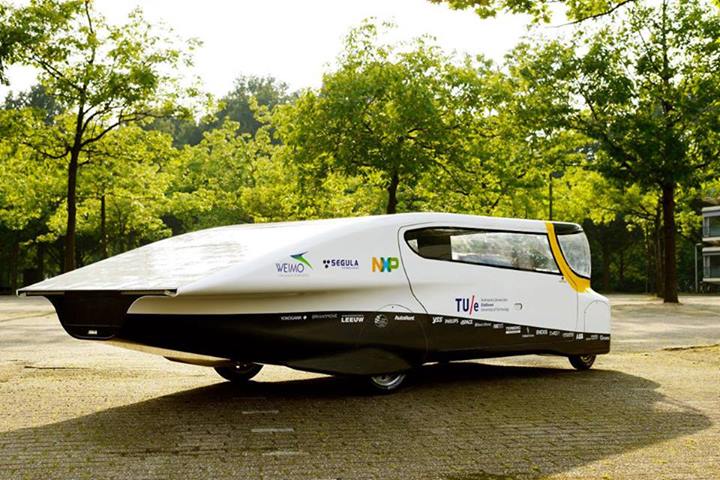 The team even describes Stella as an "energy positive" vehicle, able to generate more power than it needs. This power could be put back into the grid, but we like to think the team will use it to run an air conditioner for the occupants, lest they be slow-cooked on their way across the Australian Outback...