For its second model year, Acura has added new features to the ILX compact sedan, which serves as its entry-level vehicle.

The 2014 Acura ILX will go on sale tomorrow at dealers for Honda's luxury brand, but an announcement of new features and upgrades thus far applies only to the two conventionally powered models.

The smaller engine is paired with a five-speed automatic transmission, while the higher-output four drives the front wheels through a six-speed manual gearbox.

The audio system has been enhanced with a new sub-woofer, and the car now employs Active Noise Cancellation to cancel out certain types of road noise by playing "anti-noise" through the car's speakers.

Acura's release announcing the 2014 changes says only that, "Information on the 2014 Acura ILX Hybrid will be announced at a later date."

The ILX Hybrid uses essentially the same powertrain as the Honda Civic Hybrid: a 111-horsepower, 1.5-liter four-cylinder engine with a 15-kilowatt electric motor sandwiched between the engine and Honda's continuously variable transmission (CVT). 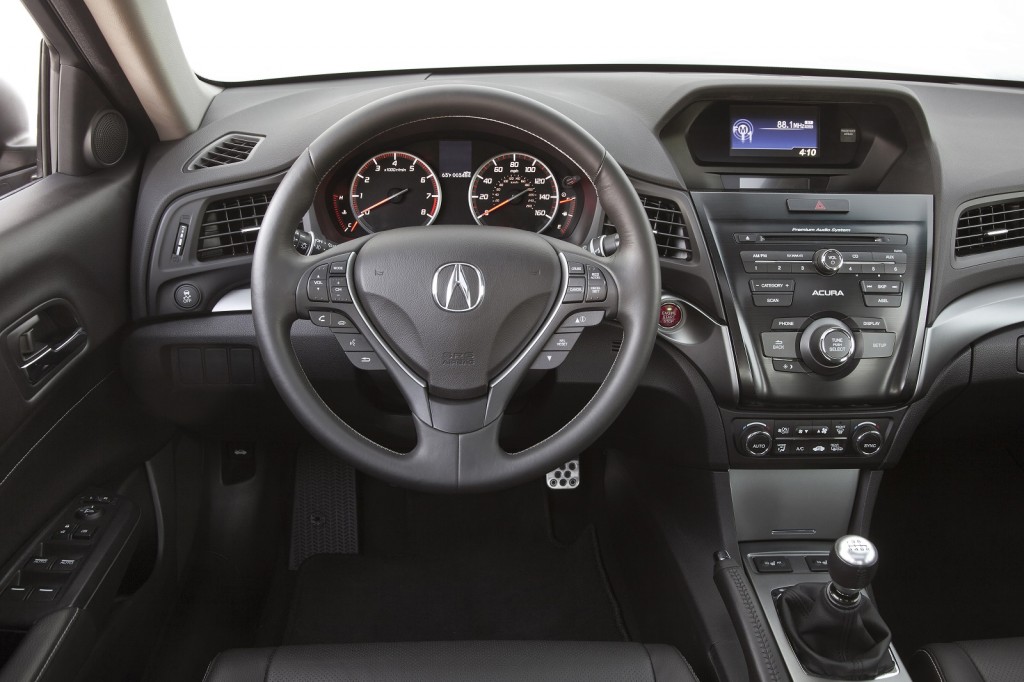 The two cars share some underpinnings and are both assembled at a Honda plant in Ohio; the lighter Civic Hybrid is rated at 44 mpg combined.

When we drove the 2013 Acura ILX Hybrid last summer, we found  that while it returned more than 40 mpg on our usual test cycle, the car was simply underpowered in some types of driving.