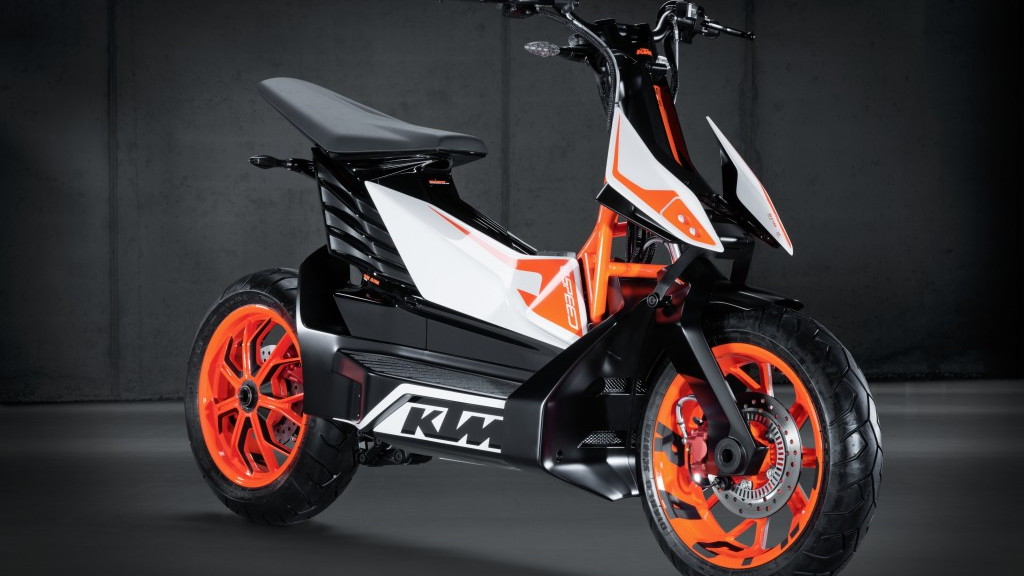 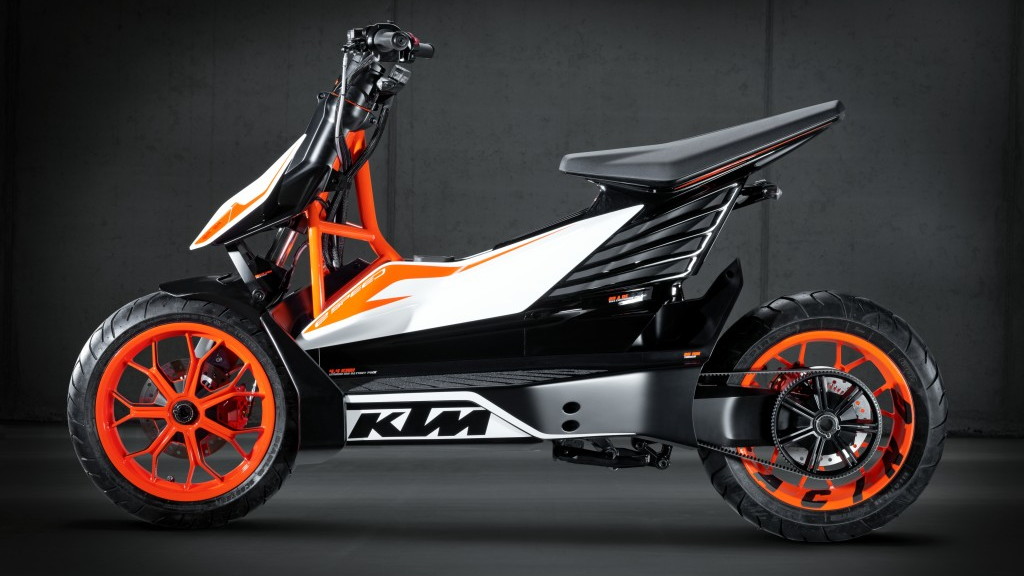 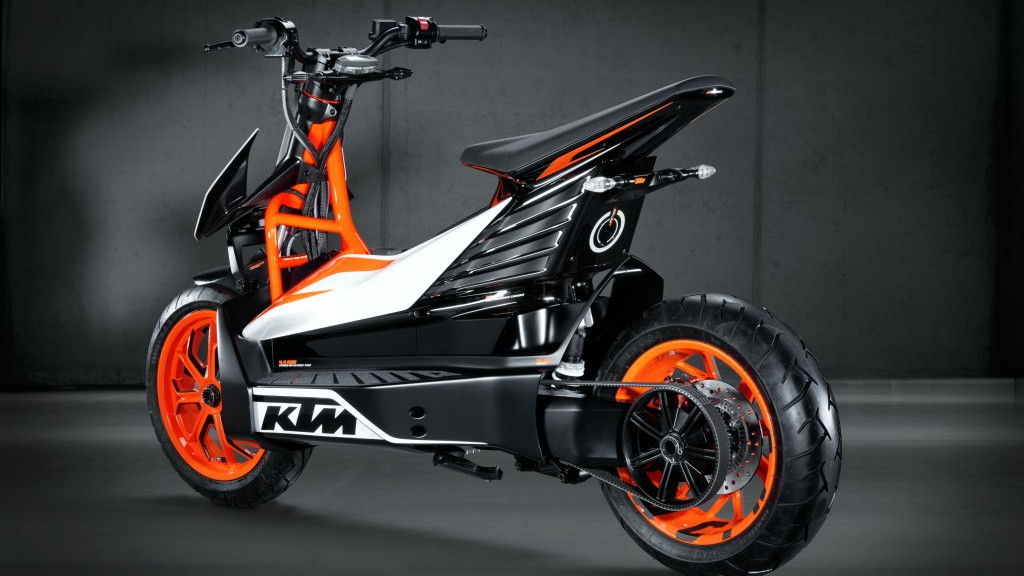 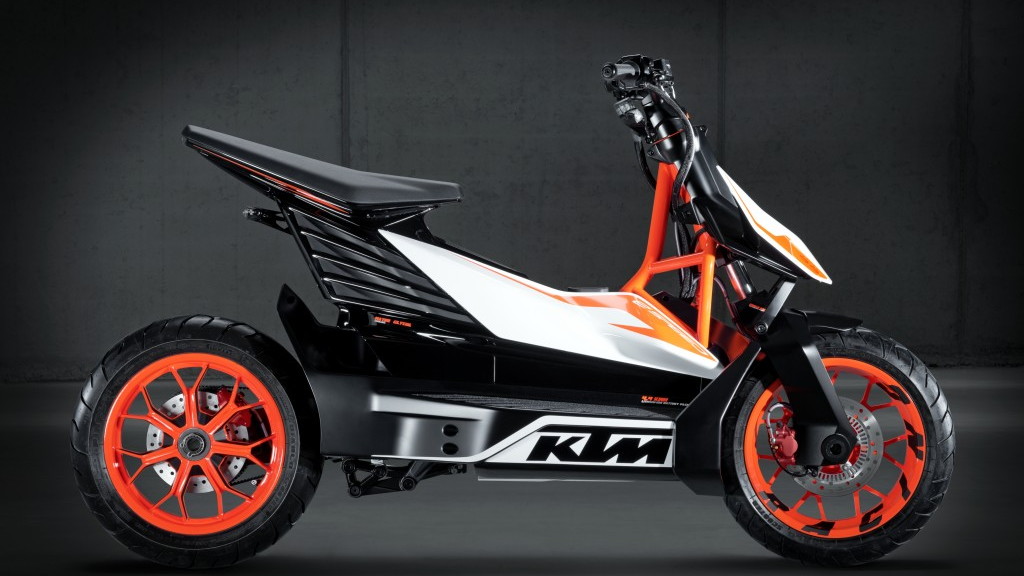 With arms competing in top-level motorcycle racing, off-road enduro style events and the dramatic X-BOW sports car on its books, we'd have to wonder what they'd achieve with an electric drivetrain.

Wonder no longer: the E-Speed scooter has arrived.

Looking like nothing else in the scooter market--let alone the market for electric scooters--the E-Speed takes everything KTM knows about wild styling and applies it to a punchy little scoot. If the pared-back bodywork, low stance and sharp edges don't get your attention, KTM's traditional eye-searing orange paintwork certainly will.

Revealed at the Tokyo Motorcycle Show (via Autoblog Green), the E-Speed uses an 11-kW (14.75 horsepower) electric motor to fire you to a top speed of 53 mph. There's also 26.5 pounds-feet of torque on offer for speedy getaways, something scooters are already pretty adept at.

A 4.36 kWh lithium-ion battery pack provides enough juice for over 37 miles of crazy antics, and it'll charge from empty in 2 hours from a 220 V outlet.

Weighing in at 308 pounds its on the heavier side as small scooters go, though it's hardly a bulky thing. A funky frame design with single-sided swing arms front and rear, controlled by WP Suspension bits, should help the E-Speed dart through traffic with the best of them. That's if the sight of its alienesque shape in drivers' mirrors doesn't scare other traffic right out the way.

KTM promises the E-Speed can be "flicked through urban traffic with great agility, besides running nearly silently and completely free of emissions".

The company is aiming to rejuvenate the two-wheeled market, saying "Vehicles like the E-Speed will help powered two-wheelers win back more acceptance in society--Not just because of their environmental credits, but because they are easy to use, quick, and simply great fun."

That's if KTM makes it, of course--since the E-Speed is just a concept at this stage...