Just as those buying an electric car have a choice of several different models to chose from, there are many different charging stations that individuals, businesses and local government can chose to provide convenient electric car charging.

But in Syracuse New York, a non-profit organization is suing electric car charging station manufacturer Ecotality for $6 million -- and removing 68 Blink charging stations -- after claiming they do not function as promised.

The project, called EV Plug, was set up to provide electric car charging to residents and visitors to Syracuse, tracking usage and billing individual users for the electricity they used.

But while Synapse Sustainability claims Ecotality had promised its Blink charging stations could handle user tracking and billing, one year after installation, that still hasn’t happened. 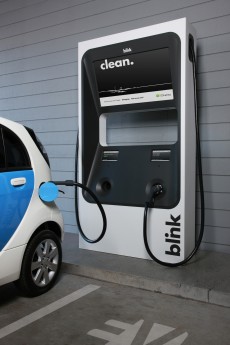 “Ecotality stands behind its product and denies that it made any false representations,” the company said in an email to Syracuse.com

Nick-named “On The Blink” by many electric car drivers, Ecotality’s Blink charging network has received lost of criticism from Nissan Leaf and Chevrolet Volt drivers alike, while some Internet forums have a whole sub-section dedicated to the company’s troublesome charging stations.