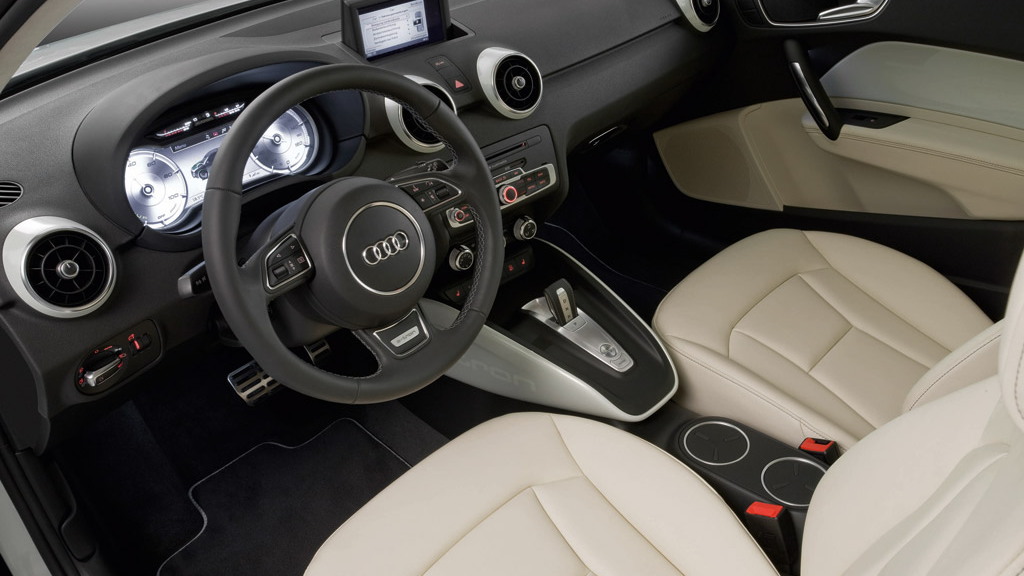 Earlier today, Audi launched the latest part of its plug-in electric vehicle program, commencing a public trail of its A1 e-tron range-extended electric car in Munich.

Announced in September 2010 after Audi unveiled the A1 E-Tron concept car at the 2010 Geneva Motor Show, the 20-strong test car fleet will be leased to customers as part of a regional study into electric cars and electric car charging infrastructure.

Based on the gasoline-powered Audi A1 -- the smallest of Audi’s production cars -- the A1 e-tron features a 75 kilowatt electric motor powered by a 12 kilowatt-hour battery pack giving up to 30 miles of all-electric range.

Go further, and a gasoline-powered rotary engine kicks in to provide additional range, up to a maximum combined range of 155 miles.

Unlike the Audi e-tron Spyder Diesel Plug-in Hybrid, the Audi A1 e-Tron isn’t a through-the road hybrid. Instead of a mechanical connection to the wheels which provides motive power at higher speeds, the A1 e-tron is a range-extended electric car just like its rival, the 2013 BMW i3.

With a limited-range battery pack and what some have called an ‘Anarchic’ rotary engine providing range-extending power, the Audi A1 e-tron is unlikely to make it to production status in its current form.

But just like other test programs from other automakers, results from the test-fleet will help Audi and parent company Volkswagen develop a mass-market production car for future model years.