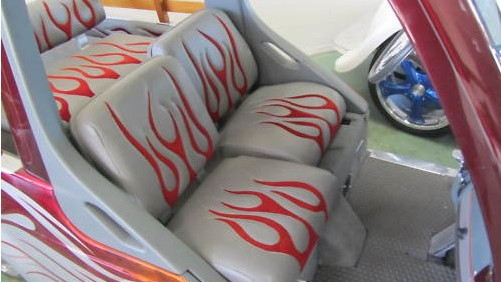 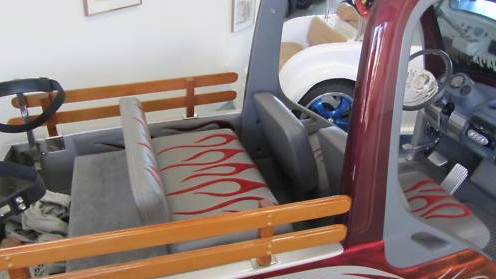 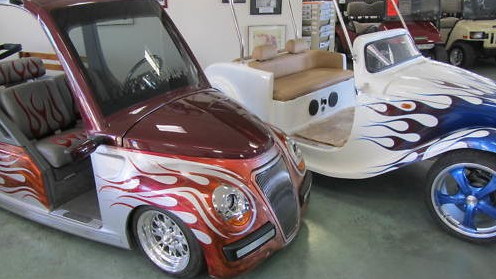 Given just how much electric car you can theoretically buy with $25,000 we’re hardly surprised a rather unique low-speed electric car in southern California didn’t sell.

On the face of it, the eBay description read like something any custom car fan would have been proud of. Kitted out with a claimed $75,000 of extra parts, the 2002 Lido Runabout featured a custom paint job complete with hot-rod racing flames, bespoke interior and even a full hydraulic system to get it hopping to the stereo system.

But sadly, there’s only so much pimping you can do to a neighborhood electric car, especially one where such luxuries as doors are an considered a snap-on optional extra.

In fact, we’re completely baffled why anyone would spend that much money pimping what is in essence a glorified golf-cart, with a range of only 40 miles per charge and a top speed of 25 mph.

At a ‘buy it now’ price of $25,000 the Lido Runabout failed to get the attention of wealthy, golfing rap-star buyers. It even failed to get anyone interested enough to stump up the $18,000 opening bid.

At least the auction has proved one thing. Neighborhood electric vehicles cannot be made more desirable with a fancy paint job, alloy wheels and lowered suspension.

It did give us an idea. Just which electric cars would you customize? How would you do it?

Let us know in the Comments below, preferably complete with pictures.