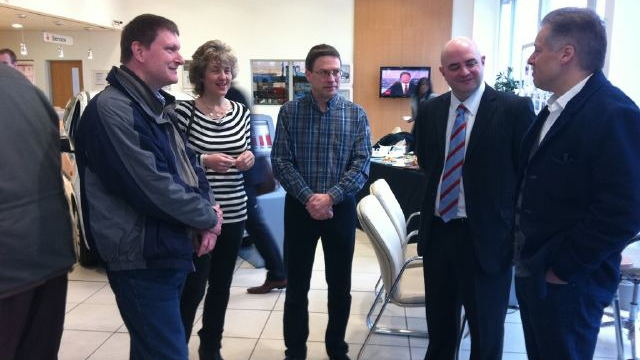 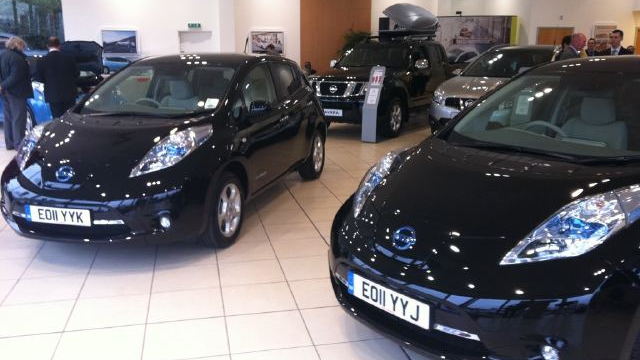 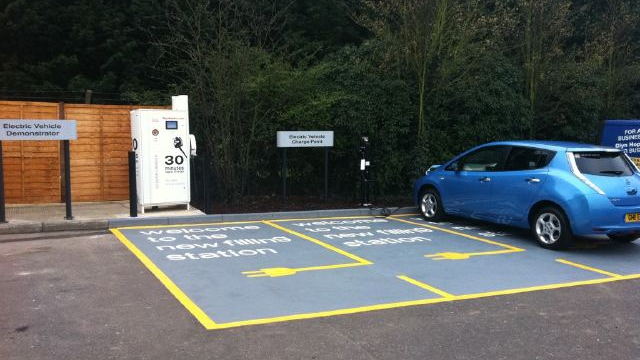 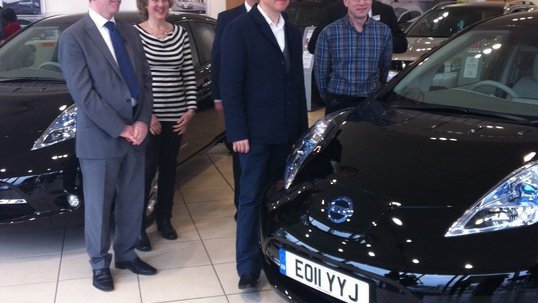 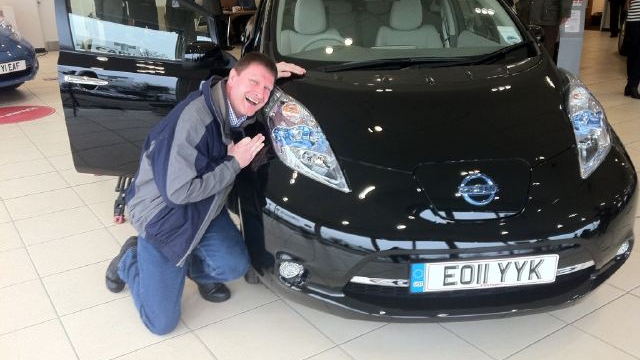 Nissan Europe has officially started rollout of its 2011 Nissan Leaf to customers in the U.K., with multiple cars being handed over this morning to private customers at multiple dealers across the U.K.

Radio Presenter Mark Goodier was the first customer in the U.K. to take delivery of the five seat electric hatchback.  The handover took place at around 8:30 in the morning, giving Goodier time to get into central London in time to host his morning breakfast show on Smooth Radio.

“There Is huge joy for me never having to go to a petrol station again, your station is your driveway’, Goodier told journalists. On arrival at his Radio station, Goodier tweeted about his first drive into work: “Just took the new #nissanLEAF for it’s 1st run from Waltham Abbey into London.. it is amazing.. perfect timing for Earth Challenge Week”

Smooth Radio’s Earth Challenge is a week-long drive to encourage listeners to all make small changes to their energy consumption and lifestyle to make big cuts to carbon emissions and encourage a stainable lifestyle.

Just like the U.S. launch of the 2011 Nissan Leaf in December last year, the first handover attracted attention from the media as well as keen electric vehicle fans. One soon-to-be 2011 Leaf owner drove over 250 miles to attend the first handover.

Since the start of reservations in the U.K. there has been confusion about delivery dates for prospective customers. Recent reports however suggest that deliveries will not be as slow as in the U.S., with some customer delivery dates being pushed forward by as much as four months.

Along with the usual early-rollout teething problems, some owners are reporting that obtaining insurance in the U.K. is causing issues as many insurance companies still haven’t updated their systems to include electric vehicles.

We’d like to congratulate the new owners and wish them all the best in their new cars.