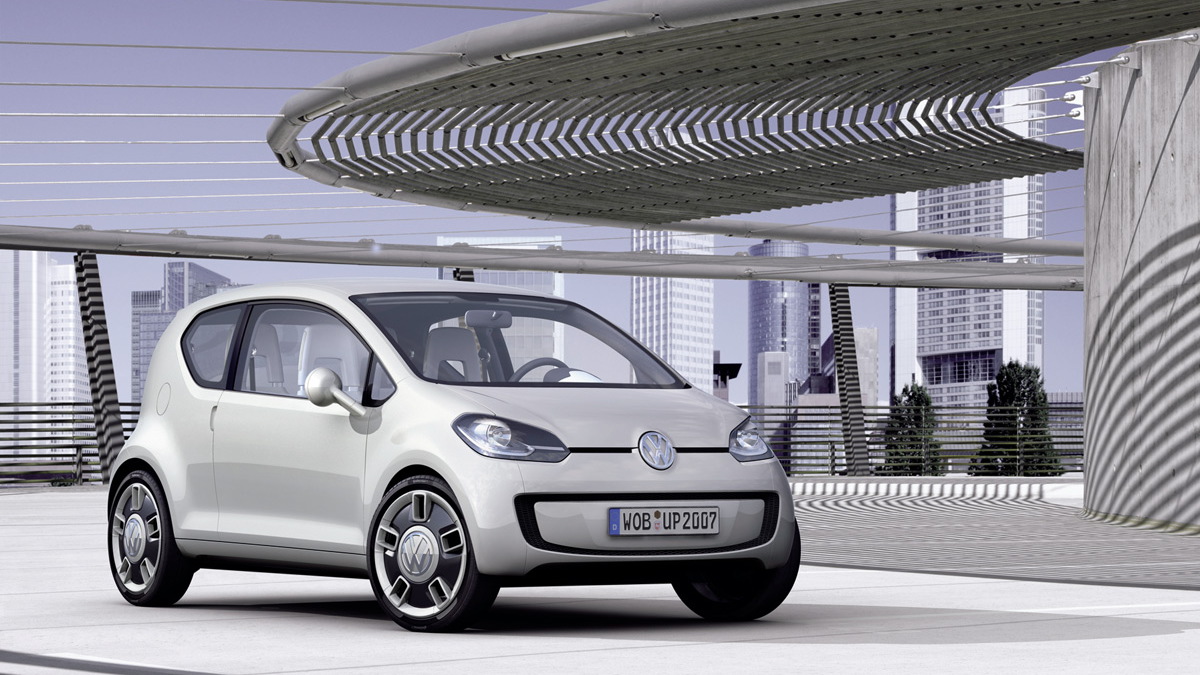 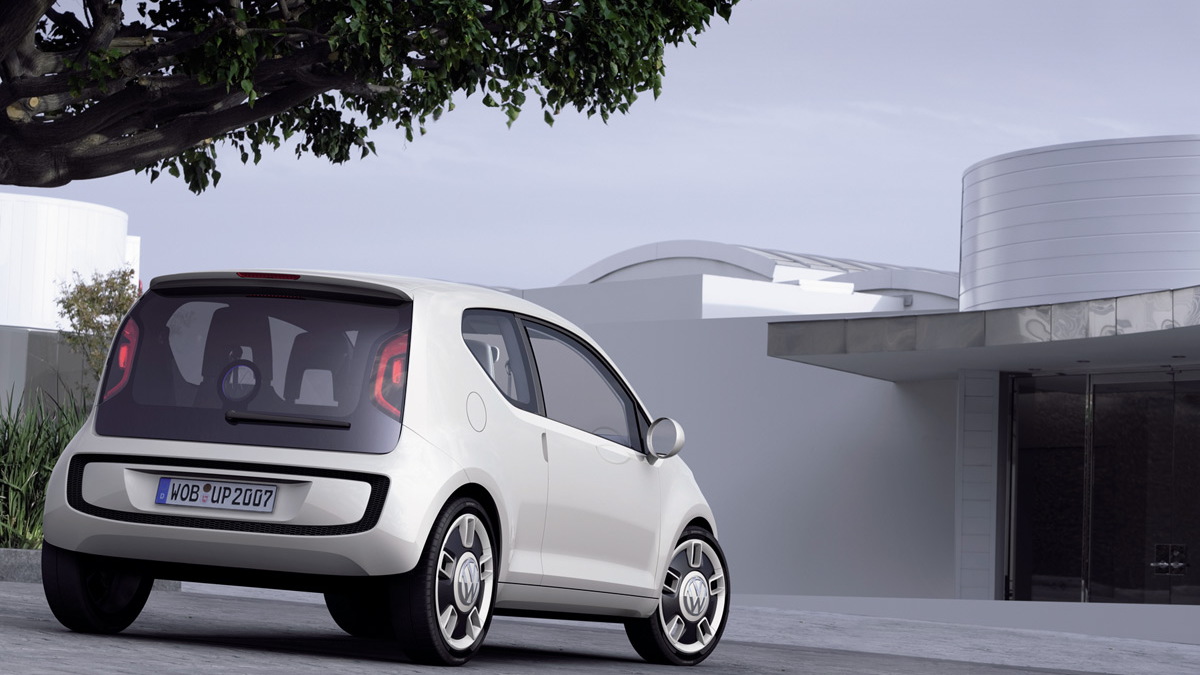 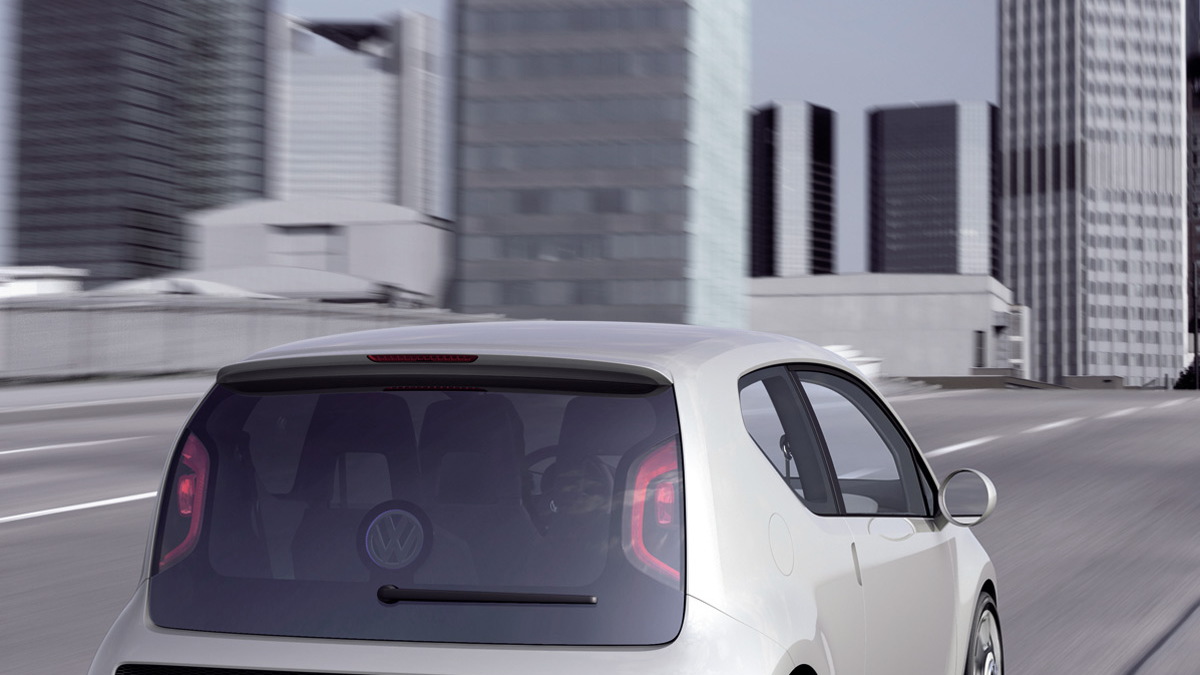 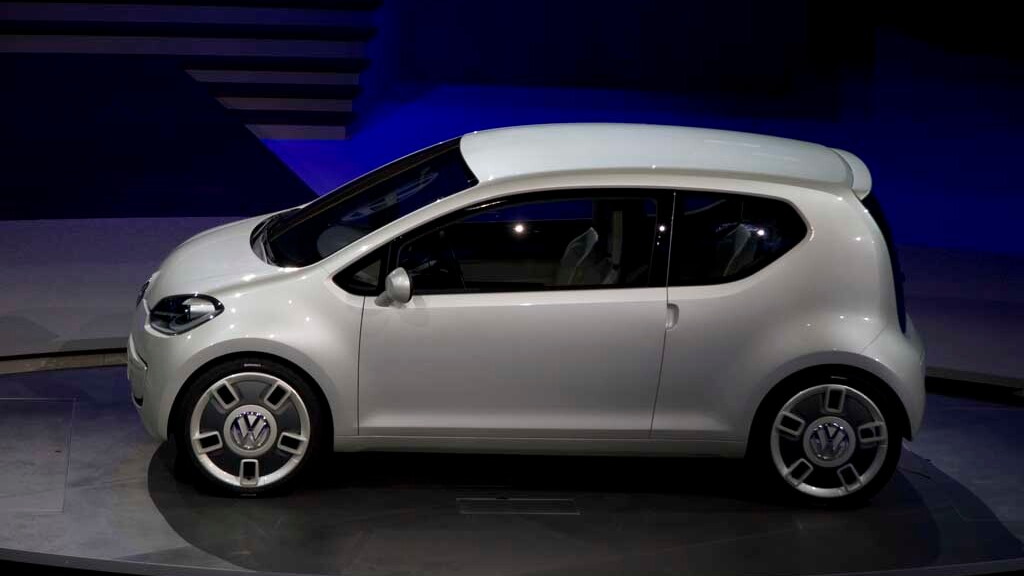 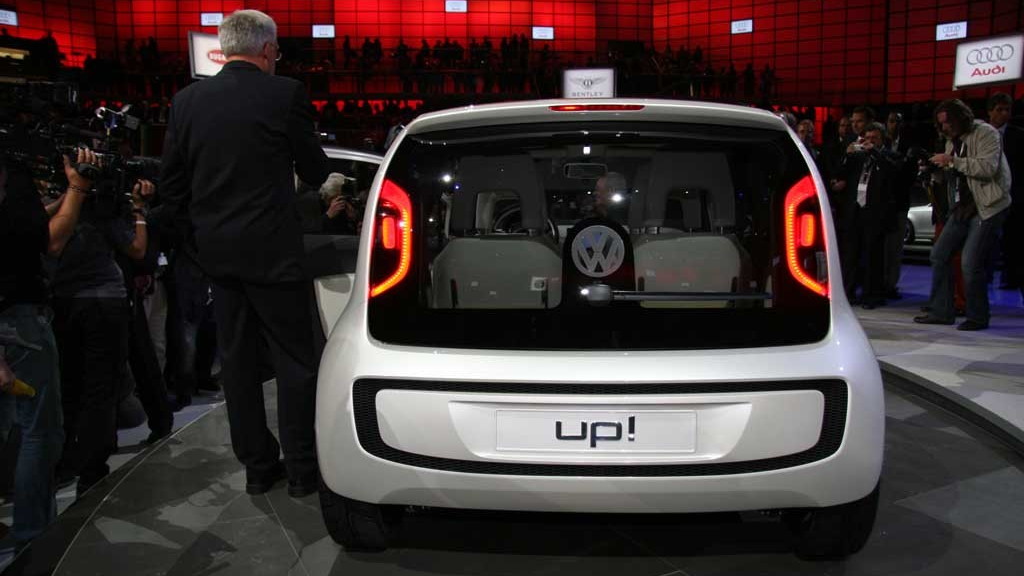 VW hasn't yet unveiled the final version of its upcoming Up minicar, which will be smaller than the smallest vehicle it sells in Europe today, the Volkswagen Polo subcompact.

But the company has already discussed the car's price there: around 10,000 Euros, or about $14,100 at today's exchange rate.

The first Up model to be released will be a three-door hatchback, which will arrive at VW dealerships in selected European markets late next year as a 2012 model.

Other models to follow include a five-door hatchback and a "people mover," similar to the Space Up concept car shown all the way back at the 2007 Frankfurt  Auto Show.

An Up electric model--previewed at last year's Frankfurt Auto Show--will follow by 2013, one of three battery electrics the company plans to launch. (The other two will be conversions of the Golf compact hatchback and the Jetta sedan.)

The production version of the 2012 Volkswagen Up will be officially unveiled at the 2011 Frankfurt Motor Show next September. It is viewed in some ways as a return to the spirit, if not the lines, of the original VW Beetle: cheap, simple, reliable transportation.

The first Up concepts had their engines at the rear, but VW switched to a more conventional front-wheel-drive setup to allow Up running gear to be shared with other models, perhaps including the Polo.

The company has not yet discussed the engines it will fit, though an article in Automobile News Europe suggests that a two-cylinder is a possibility. Fiat recently introduced Europe's first modern twin, which will be fitted to its Fiat 500 minicar--though not to the model going on sale next month in the U.S.

Volksagen is unlikely to sell the Up in the U.S. It has not yet introduced its Polo subcompact, although consistent rumors indicate that it will.