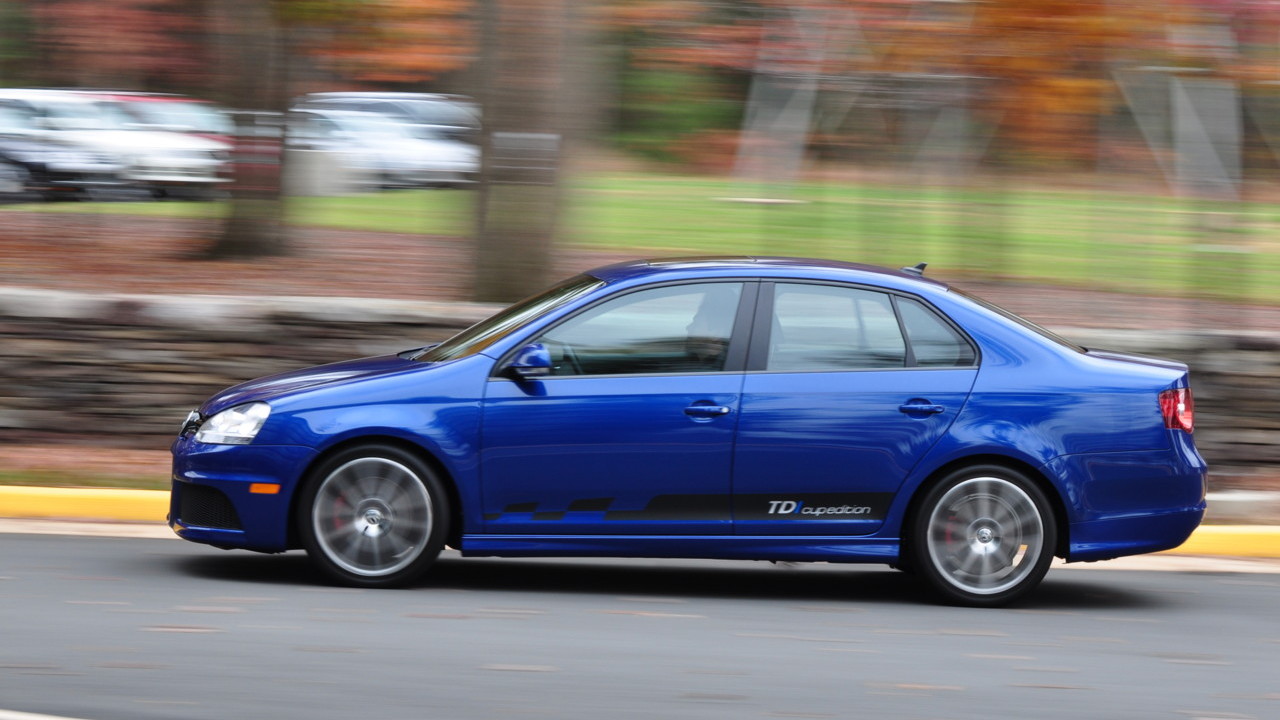 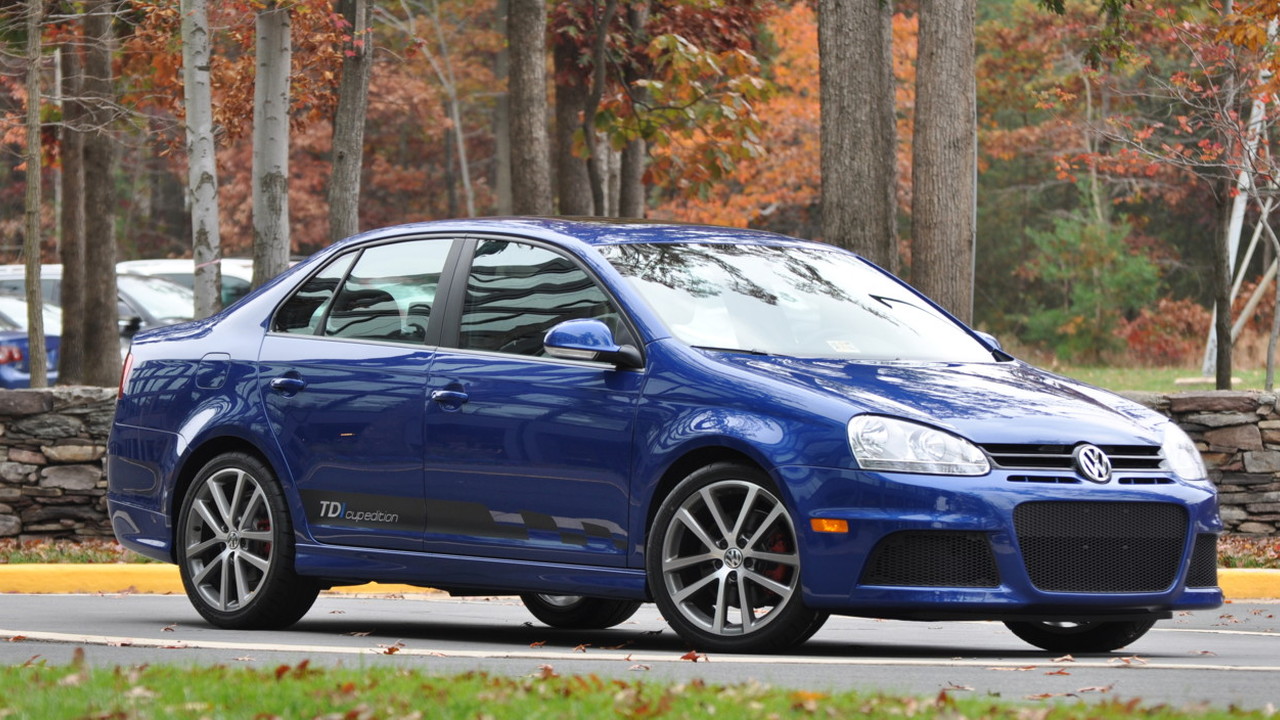 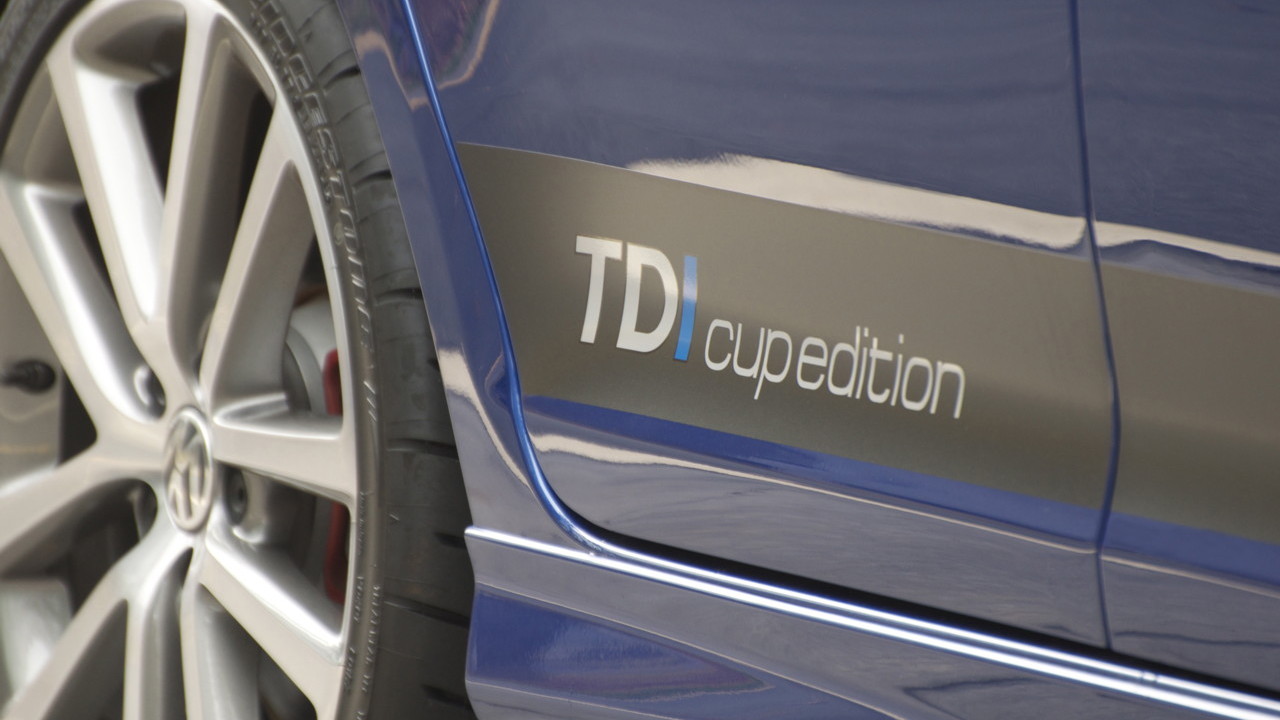 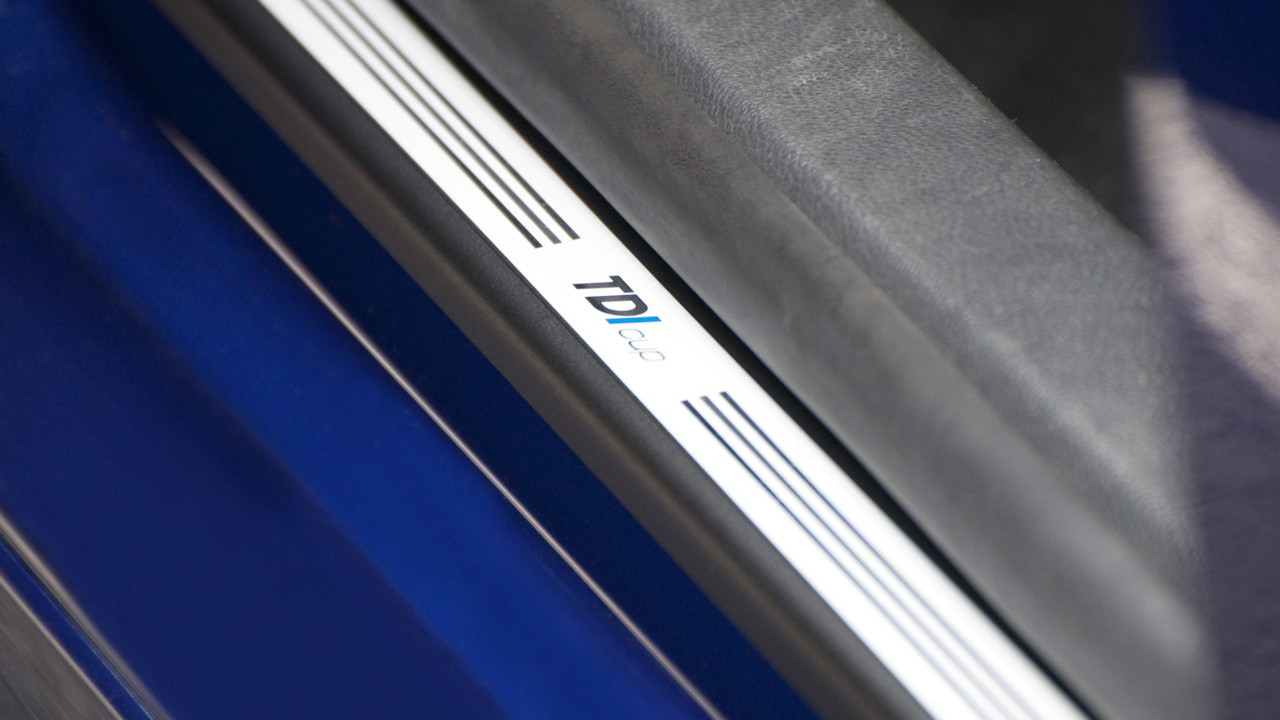 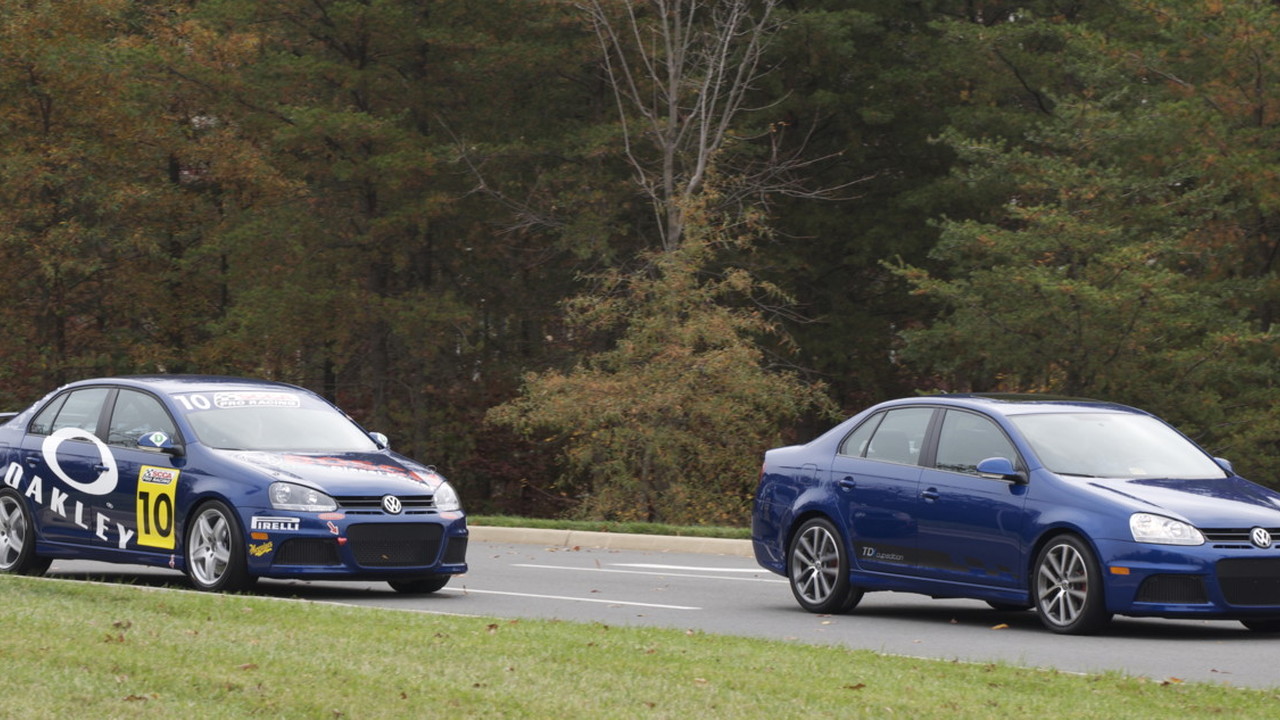 Before unveiling the redesigned 2011 Jetta, Volkswagen decided to drop a special treat into the lineup of the 2010 model--a TDI Cup Street Edition.

Like the old SCCA Showroom Stock categories, the TDI Cup competitors are recognizably production models with some racing equipment added on. Hoping to draw on the success of the series, the TDI Cup Street Edition comes with a body kit (includes a more aerodynamic bumper, side skirts, and a rear valance) plus unique exterior badging and interior trim.

According to the sticker, the body kit cost $2,350, while the performance bits were a standard part of the package.

The car based at $24,990, including the 2.0-liter turbodiesel four-cylinder that makes 140 horsepower. The TDI Cup is available with either a six-speed manual transmission or a six-speed direct-shift automatic (DSG), and my test car had the manual.

The big question is: How much does the TDI Cup finery change the driving experience? And the answer comes back: Not much.

The suspension does contribute to a slightly firmer ride, but the car wasn't all that soft to begin with. The handling does improve, as the car takes a more aggressive set in corners, but again, the standard TDI isn't a total slouch.

Still, giving a car a sportier suspension does not a sports car make. The engine is unchanged, and while diesels are great for fuel economy, and provide solid low-end torque, this particular engine doesn't feel tuned for sport.

The 236 lb-ft of torque help give the car a sense of urgency, and the car does feel quick, but no one will be trading in a Mazdaspeed 3 for this Jetta anytime soon.

The manual transmission doesn't help. Stick-shift gearboxes are supposed to help drivers extract maximum performance, but this one made me feel like a driver's-ed dropout. I haven't stalled a car that much since I learned how to drive a manual more than a decade ago.

Backing out of parking spaces required a lot of throttle to keep the engine running, and first-gear launches were anything but smooth. Even applying lots of throttle sometimes wasn't enough.

Once rolling, the shifter was easy to flick quickly between gears--despite long-ish throws--and finding the right gate was easy. But the amount of stress needed to get the Jetta TDI Cup moving made me wish for the DSG, and I am on record as not being a huge DSG fan.

Outside of the firmer ride and sportier handling, the experience is standard Jetta TDI. The interior changes give the cabin a sportier ambiance, but in the end, they are minor alterations. The controls and gauges are quite familiar, and dimensionally the car doesn't change significantly, inside or out.

Since the engine doesn't change, fuel economy doesn't much either. EPA estimated at 30 mpg city and 41 mpg highway, the TDI promises long distances in between fill-ups. I averaged 39.5 mpg while traveling from Chicago to Wisconsin's famed Road America racetrack and back, and that includes a little bit of spirited back-road driving just outside of Elkhart Lake.

Volkswagen was likely aiming for more than just a homage to the TDI Cup with this car--the company was probably looking to add some spice to TDI's performance. If VW was looking to add only a dash, it succeeded, thanks to the slightly improved handling and overall sportier character.

But if the company was hoping to really move the needle, it probably should've boosted the engine's power. And don't get me started on that transmission.

All this is moot by now, as 2011 Jettas start hitting showrooms. But if VW puts the TDI Cup badge on the new model, it should take those lessons to heart.