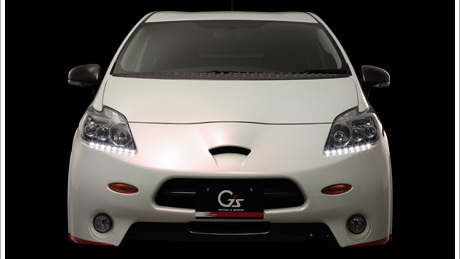 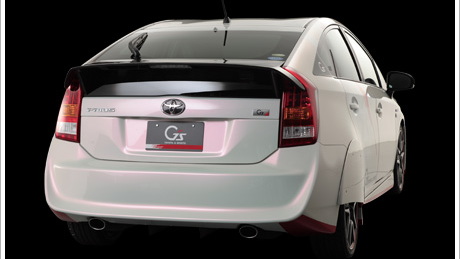 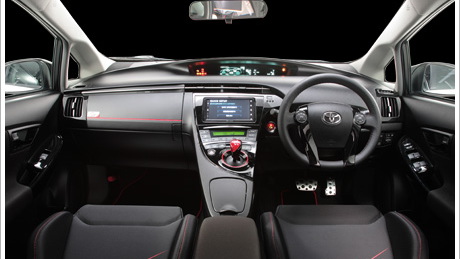 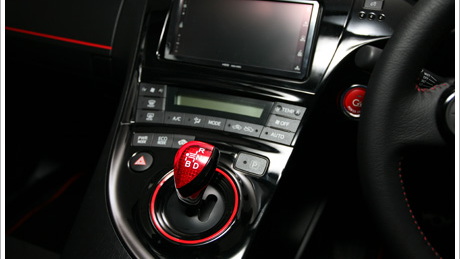 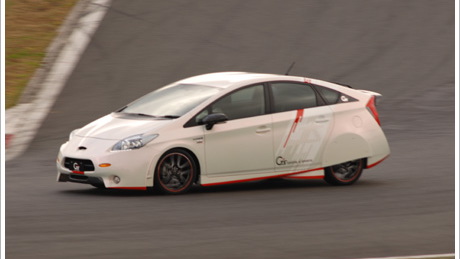 The Japanese auto show known as the Tokyo Auto Salon is full of as many customized cars--and just as much weirdness--as its domestic counterpart, the massive SEMA show in Las Vegas.

And just as it did at SEMA, with its Aerius and Aemulus customized Prius concepts, Toyota brought a factory custom to the Tokyo Auto Salon.

In this case, it's the 2010 Toyota Prius G Sports Concept. It's a conversion that will actually be sold through Toyota dealers to "customers who strongly desire to own a unique vehicle."

The modifications include sports suspension, racing seats, and aerodynamics parts including a very different front grille and fascia, and those remarkable rear-wheel spats.

According to Toyota, the handling was fine-tuned by the same team of Gazoo Racing test drivers (yes, that really is the name of the team) who drove the Lexus LF-A in the 24-hour endurance competition held at the famed Nürburgring circuit in Germany.

These parts are only intended for sale in Japan, as far as we know. But if you want to have what has got to be the most distinctive 2010 Toyota Prius on the block--if not in your entire state--see if your local Toyota parts counter can help. Failing that, there's always the Interwebs.