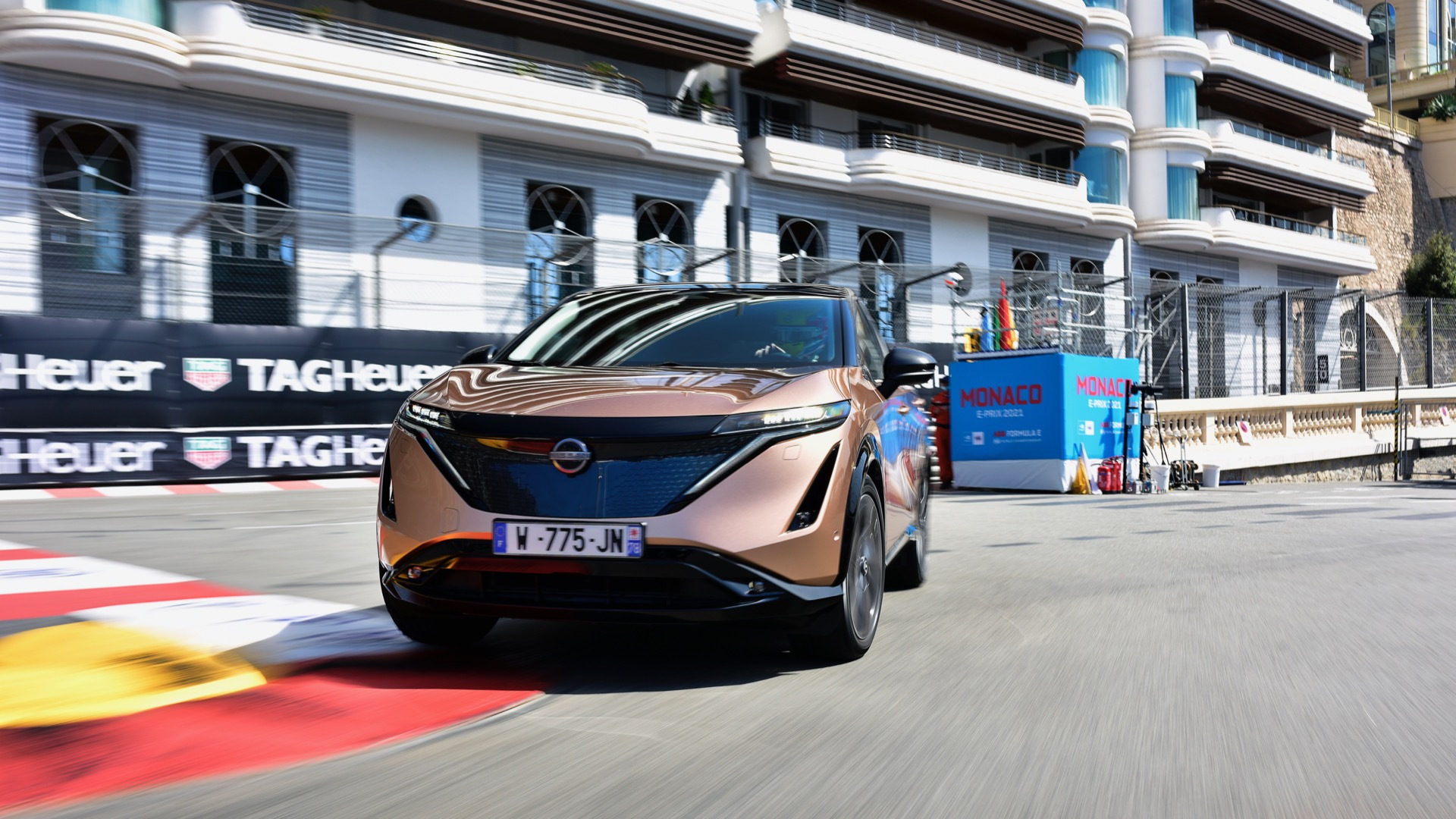 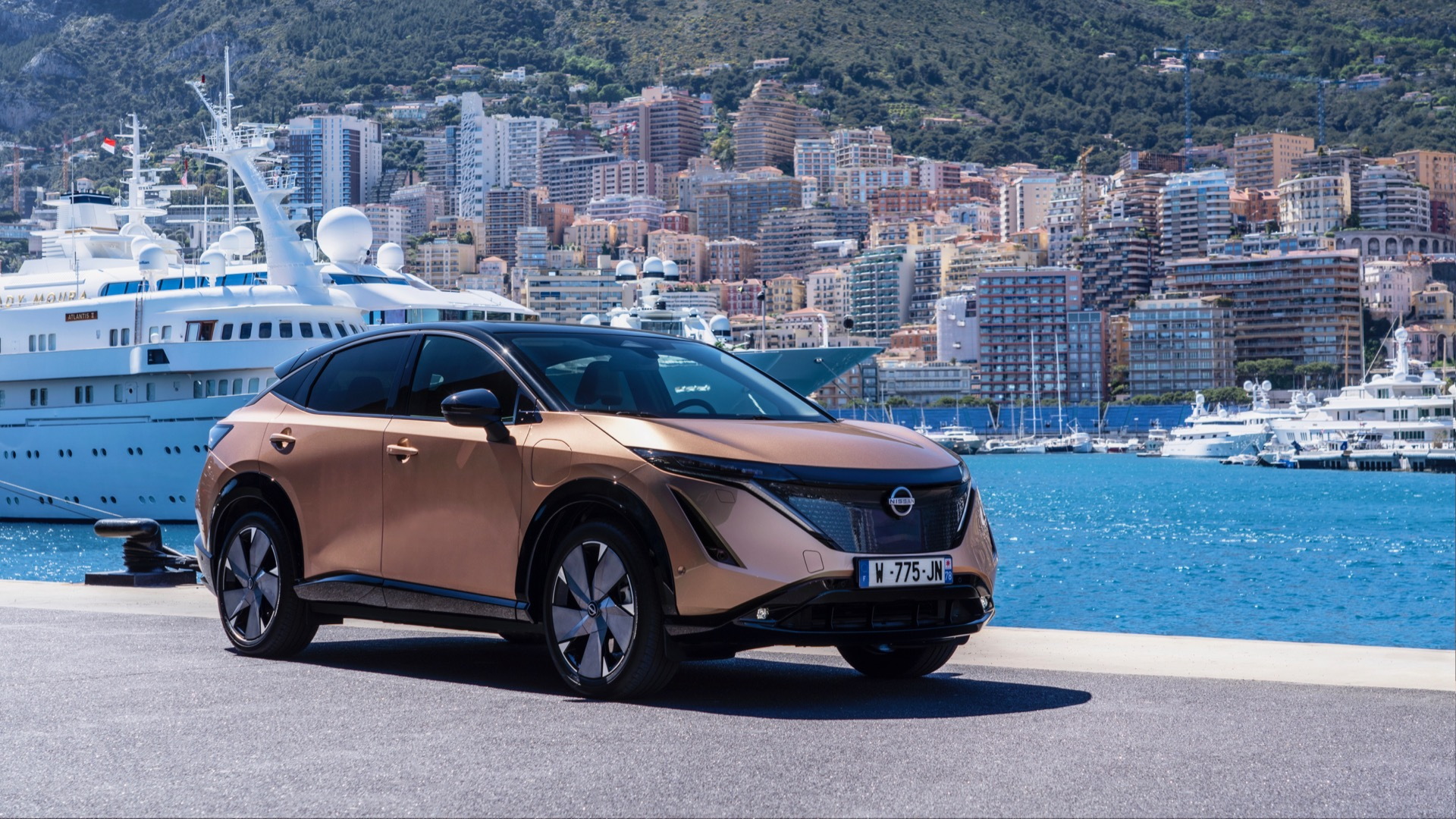 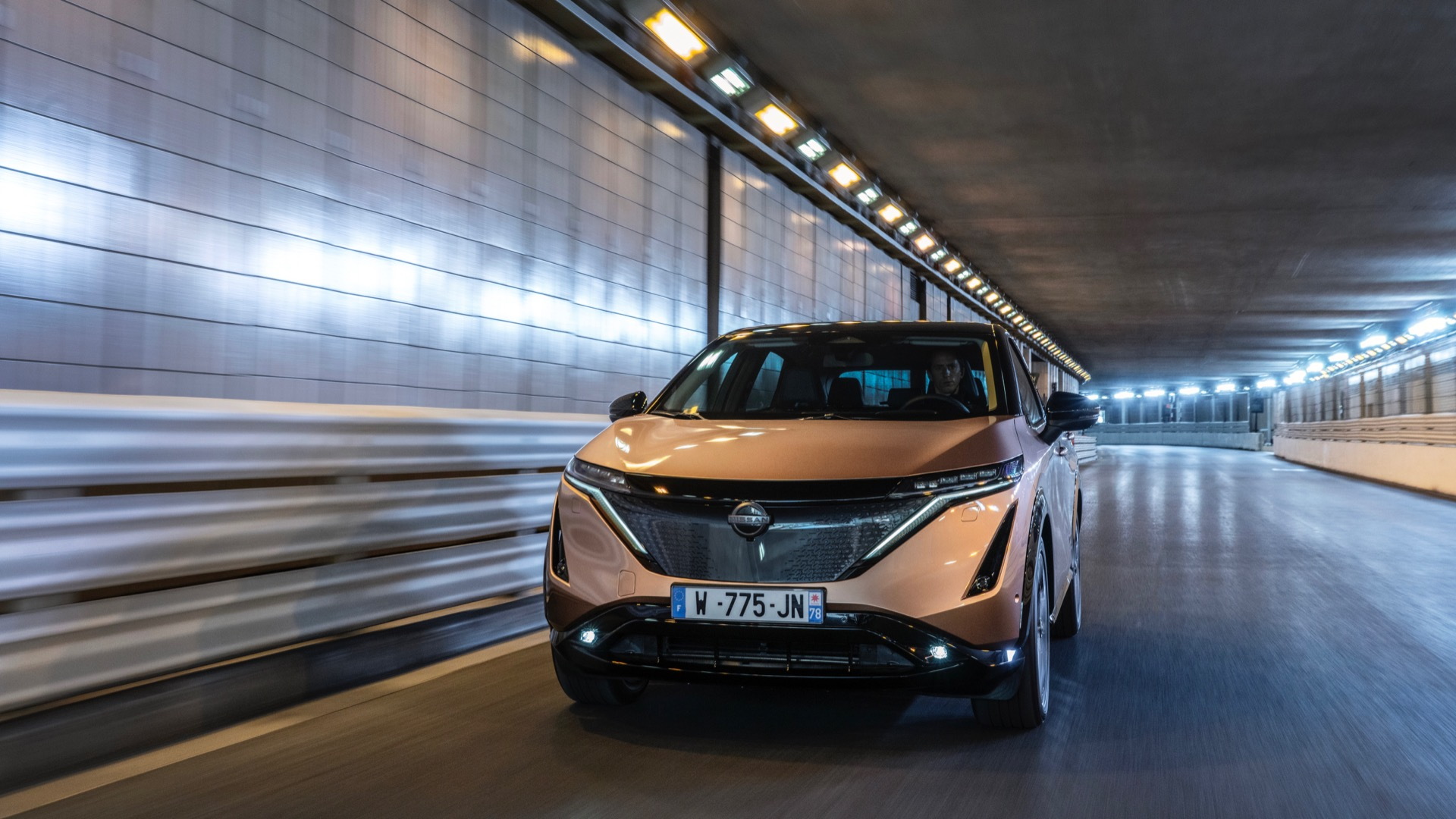 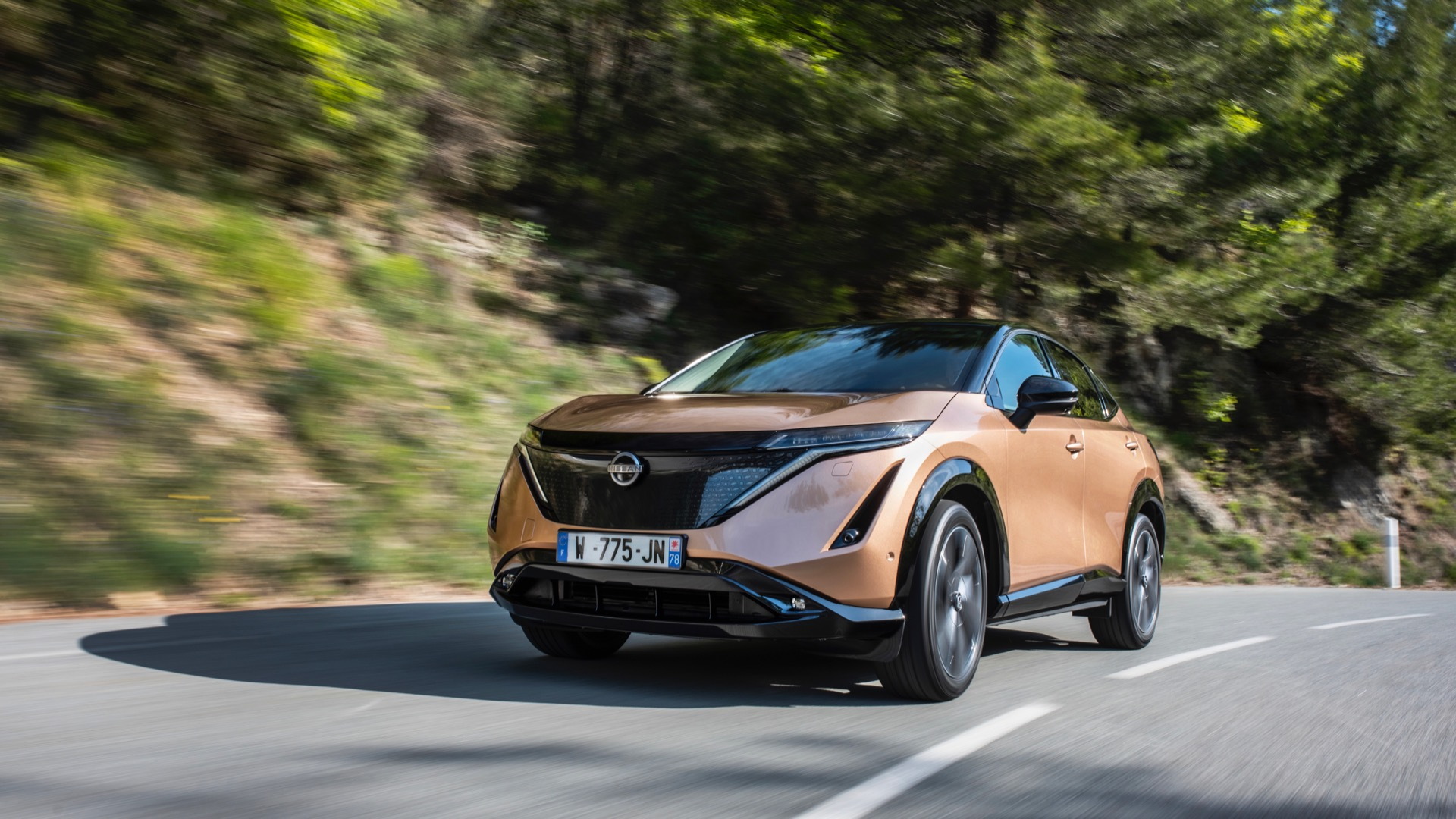 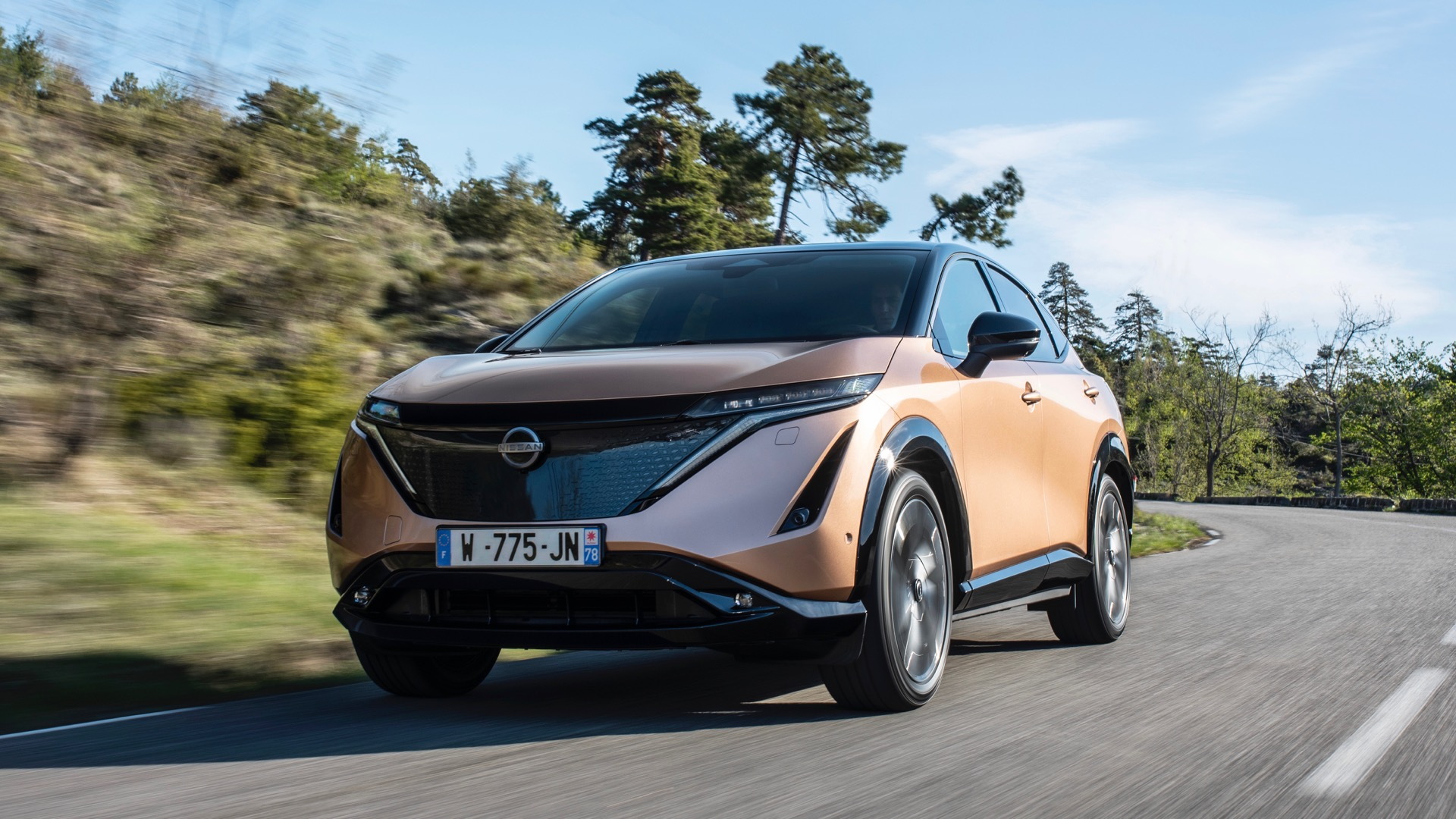 The Nissan Ariya may not be on sale yet, but the automaker has already found an excuse for a victory lap. An Ariya prototype took to the Monaco street circuit earlier this month, shortly before Nissan claimed more than 200,000 hand-raisers for the electric crossover.

That number was quoted in a Nissan financial presentation released earlier this month. The automaker doesn't appear to be accepting paid reservations to hold a spot in line, as has become the norm for EV launches, so this likely refers to customers who have expressed interest in the Ariya. The automaker's United States website invites customers to leave an email address for updates, so perhaps the "hand-raiser" figure is based on that.

Unveiled last year, the Ariya is expected to have a base price of around $40,000 in the U.S. Nissan is targeting a 300-mile range with the larger of two available battery packs, and executives have hinted at 0-60 mph times of around 5.0 seconds, likely with the optional dual-motor all-wheel drive powertrain, employing Nissan's new e-4orce system that interlaces stability controls and motor controls.

U.S. sales are expected to begin later this year. In the meantime, Nissan is finalizing tuning, with different setups for each global market. The Ariya was also seen driving in public for the first time earlier this month, when it did a lap of the Monaco street circuit ahead of a Formula E electric-car race. Nissan fields a team in Formula E, with cars named Ariya and Leaf, naturally.

Following the launch of the Ariya, Nissan will launch an electric "kei" car for the Japanese market, the presentation said. Unique to Japan, kei cars get tax breaks and other privileges owing to their small size.

This presents an interesting possibility. One of the first modern production electric cars was the Mitsubishi i-MiEV, which was based on the Mitsubishi i kei car. The i-MiEV was never a big seller in the U.S., owing to its small size and limited range, and was discontinued years ago. But Mitsubishi is now owned by Nissan, so perhaps the i-MiEV could return as a rebadged version of the upcoming Nissan kei EV—in Japan, at least.

The presentation didn't mention a smaller Nissan electric crossover first reported by Auto Express in April. Such a model, slotting below the Ariya but based on the same modular CMF-EV platform, seems like a better fit for the U.S. than the planned kei car.

Also mentioned was a third generation of Nissan's e-Power hybrid system, which the automaker said will aim for cost parity with standalone gasoline powertrains. Cars with the e-Power system have been on sale in Japan for several years, but Nissan has dragged its feet on bringing the hybrid system to the U.S.