As both companies prepare to launch electric pickup trucks, Tesla is suing Rivian over alleged theft of trade secrets.

Filed by Tesla in a California court, the lawsuit doesn't relate to vehicle engineering or product patents themselves, but to charging infrastructure, sales, and manufacturing.

The dispute, well summarized by Transport Evolved in the video below, centers on a claim by Tesla that Rivian hired away dozens of employees. These employees took confidential information, such as documents, when they left, in violation of non-disclosure agreements they had signed when they started working at Tesla, the company claims.

In a statement to CNN, a Rivian spokesperson denied the charges in the lawsuit, calling them "baseless."

Of about 2,300 people currently working for Rivian, 178 are ex-Tesla employees, and 70 of them came to Rivian directly from Tesla, according to the lawsuit. Rivian has hired 22 people away from Tesla in the last four months as it looks to build up its workforce ahead of the start of production, noted Ars Technica.

The lawsuit alleges that one employee, currently working in Rivian's recruiting department, was encouraged by Rivian to steal Tesla documents, including recruitment plans and pay and bonus formulae. 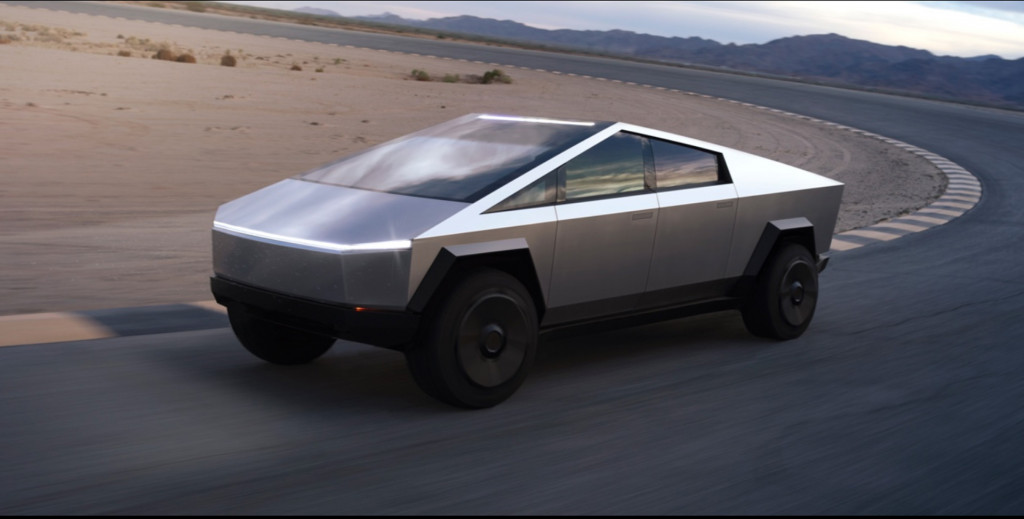 The lawsuit deals with business practices rather than patents. Tesla offered to open its patents in 2014, under "good faith" agreements that would involve other companies also sharing with Tesla. To our knowledge no automaker took the company up on the offer.

Rivian, which has raised $5.3 billion since 2019 from companies including Ford and Amazon, hasn't delivered a single vehicle yet. It is converting a former Mitsubishi factory in Normal, Illinois, to build its R1T pickup truck and R1S SUV.

The launch of both vehicles has been delayed to summer 2021 due to the coronavirus pandemic, but that means the R1T will still arrive before the Tesla Cybertruck.

Rivian will also be getting close to Tesla and Silicon Valley as it's moving vehicle development from Michigan entirely to Southern California. Meanwhile Tesla just chose Texas as the hub for making its Cybertruck.