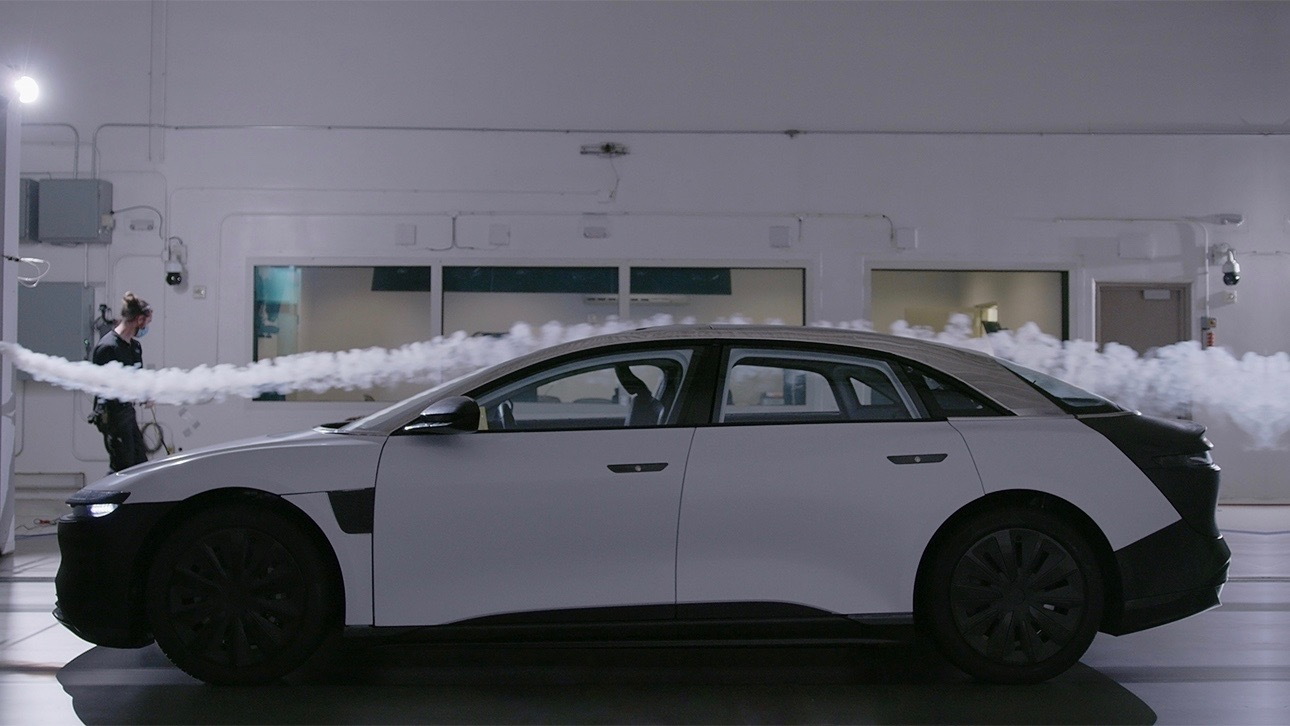 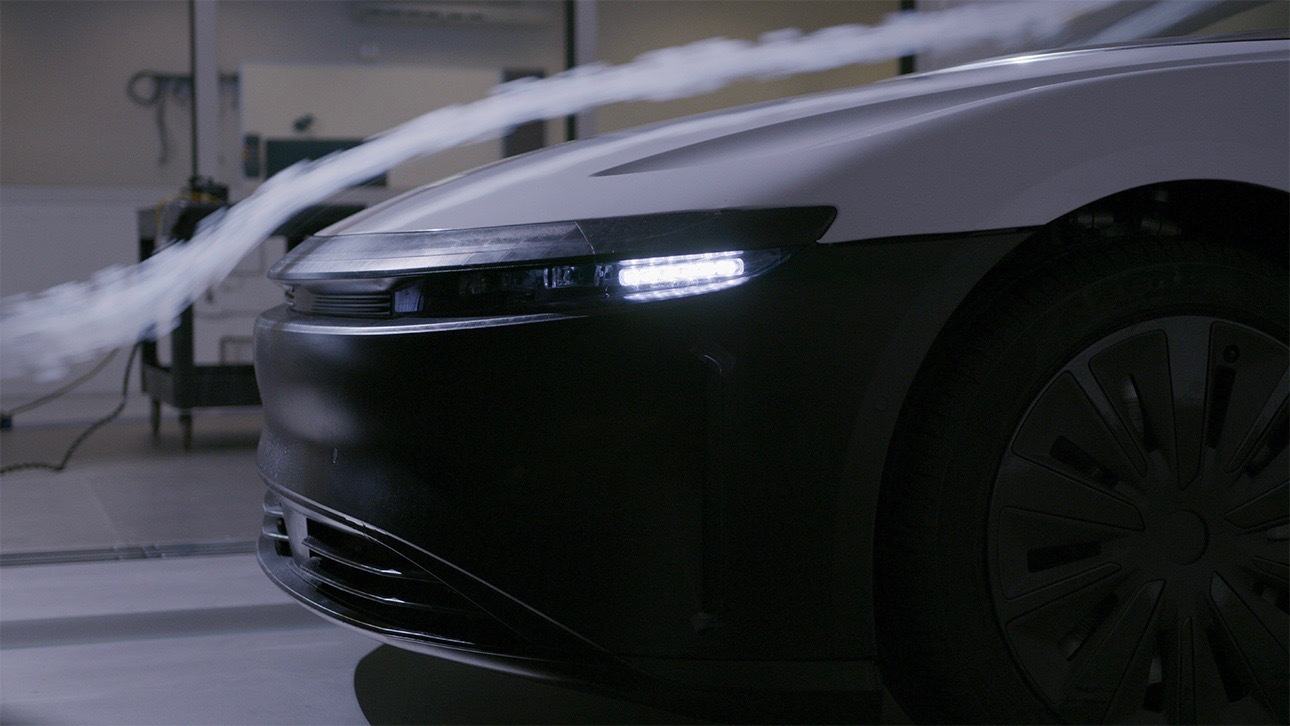 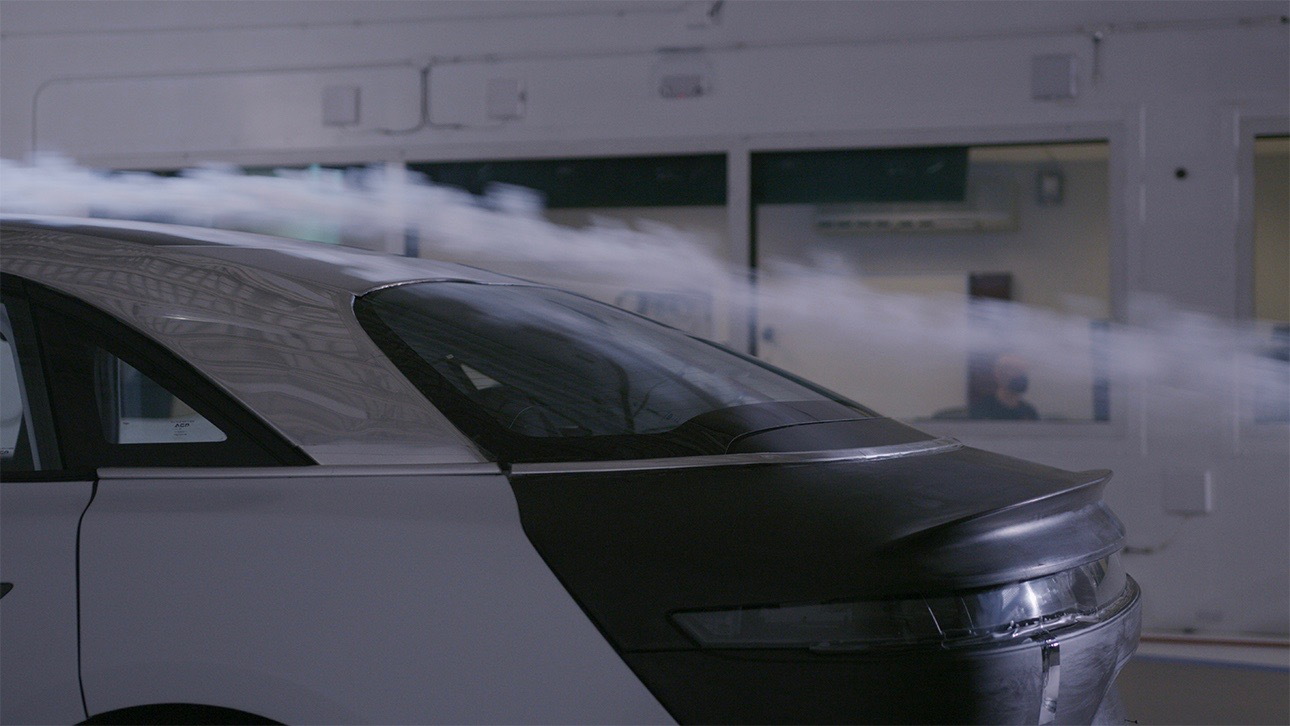 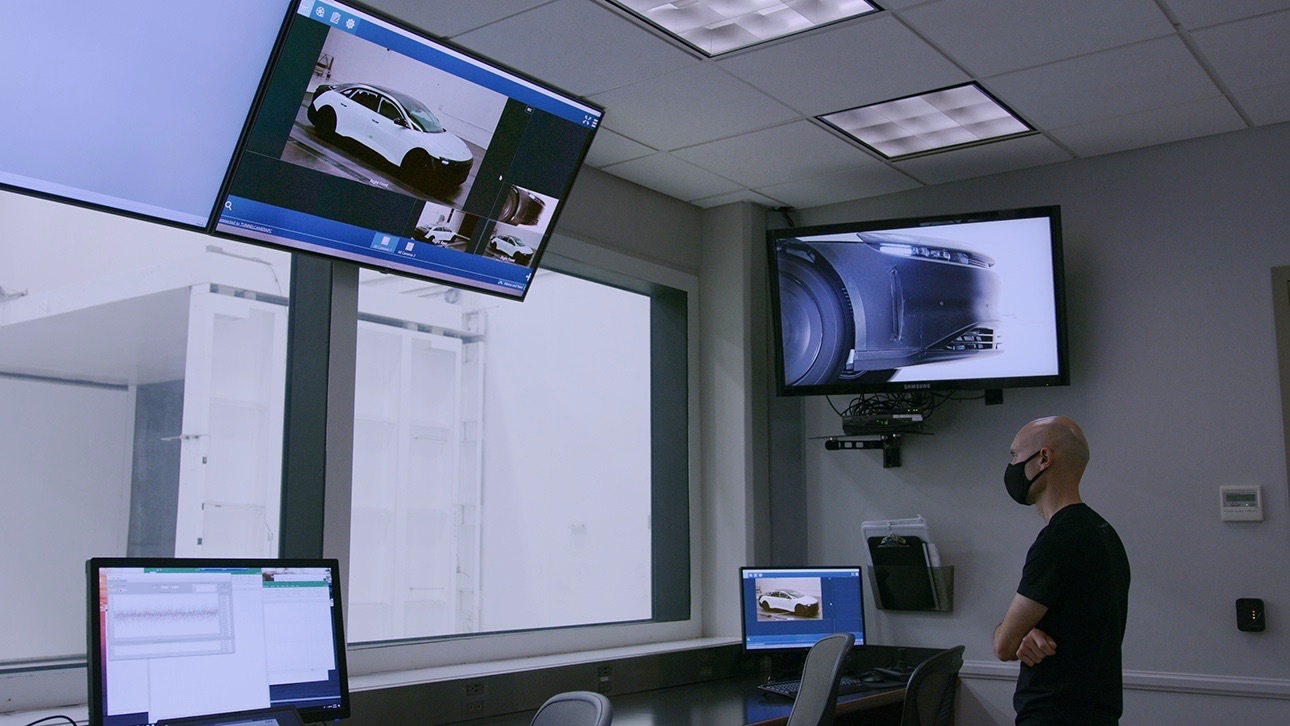 It's appropriate that a car named Air produced good results in the wind tunnel.

Lucid Motors says its upcoming electric car will be the world's most aerodynamically efficient luxury car when it goes into production later this year.

The Air achieved a drag coefficient (Cd) of 0.21 in recent wind tunnel tests, which is better than the 0.23 of the Tesla Model S. However, this is yet to be confirmed for the production version of the Air, as Lucid is currently working with "beta" prototypes.

A number of design details helped achieve that low Cd. Side air intakes in the front fascia are designed to smooth airflow around the wheel wells, while the wheels themselves have an aerodynamic shape. Vents in the hood are designed to direct air smoothly around the sides of the car.

The Air also features a vortex-generating air intake system for cooling. This lowers drag by allowing for a smaller intake in the front bumper, while distributing air uniformly across heat exchanger surfaces, according to Lucid.

Underneath the car, everything was aerodynamically optimized, including the shape of the battery pack itself, according to Lucid. The various elements work to form a diffuser shape, helping to pull air out from under the car. 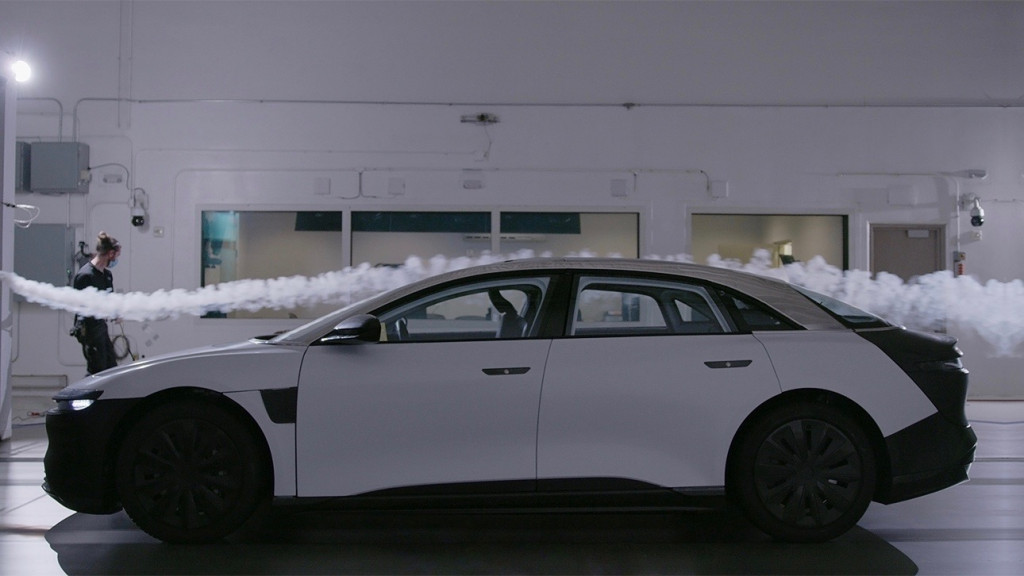 Aerodynamic efficiency is surely an important factor toward how the Air is able, as Lucid claims, to cover more than 400 real-world highway miles at U.S. freeway speeds, while using battery packs that won't make a big step up in size.

Other automakers have claimed great feats of aero efficiency, albeit usually with more concessions to practicality than Lucid.

The Dutch startup Lightyear claims that its solar-assisted One will be the world's most aerodynamic production car, although that model remains in development.

The Volkswagen XL1 achieved a Cd of 0.189, but it wasn't a luxury car and wasn't offered in the U.S.

Lucid plans to unveil the production version of the Air September 9. Production is scheduled to start at the company's Casa Grande, Arizona, factory before the end of the year, with the first deliveries in 2021.