Mercedes-Benz and Nvidia are partnering to develop a new computing architecture for future cars. Launching in 2024, this will allow Tesla-style over-the-air (OTA) software upgrades and pave the way for autonomous driving, Mercedes said in a press release Tuesday.

In its own announcement, Nvidia was quick to emphasize the impact of this change, saying it would create "software defined vehicles" and make every future Mercedes a "perpetually upgradable machine."

"At no time in history has so much computing power been put into a car," Nvidia CEO Jensen Huang said in a statement.

That computing power will eventually be used to enable Level 4 autonomous driving, according to Nvidia. The company said this will allow cars to drive specific routes without human aid, and will enable automated parking. Level 4 still requires manual controls, and human intervention in certain situations, however.

Note that Mercedes and BMW suspended their partnership for autonomous vehicle development in the past week. 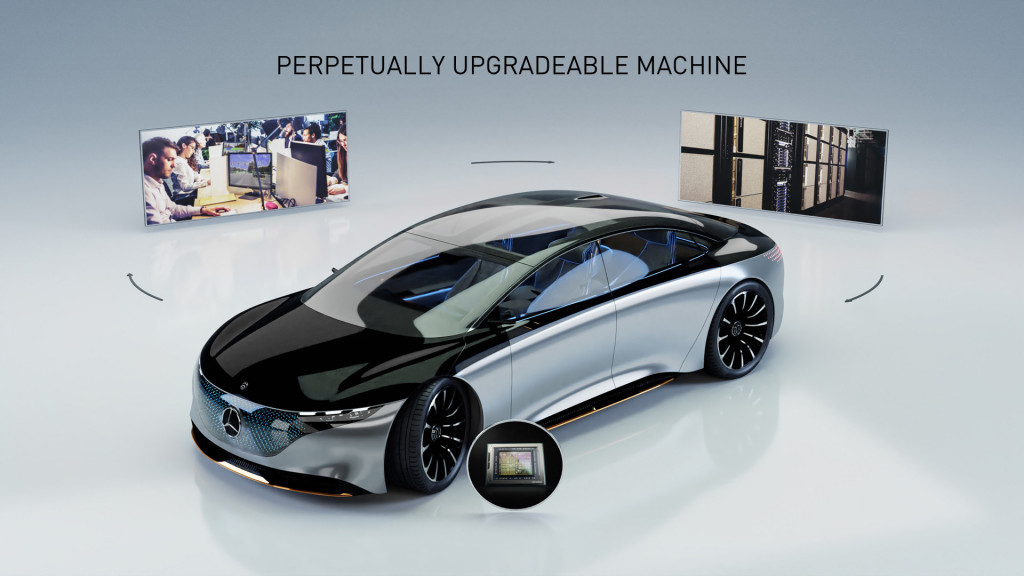 OTA upgrades will be an important component of that, as they allow engineers to continually tweak autonomous-driving software and export it to fleets of vehicles. Pioneered by Tesla, OTA can be used to upgrade any software-based aspect of a car, adding new features or fixing problems.

Mercedes has recently hinted that it wants to make major leaps ahead in interface and design. At the 2020 Consumer Electronics Show, it unveiled a concept car inspired by the movie "Avatar," with avant garde features like a biometric identification system and 3D displays.

The upcoming EQS electric car could help cement that and might be built using this new platform, based on the timing of the project.

Meanwhile, the current Mercedes-Benz EQC, which hasn't yet arrived in the U.S., doesn't have the potential for OTA upgrades.

In the shorter term, Ford has announced that it will enable OTA updates on the upcoming Mach-E for driver-assistance features, core vehicle functions, and more.