The current-generation Volkswagen Passat is an aging entry in a shrinking segment, but it could soon get an all-electric makeover.

In its current form, the Passat is not long for this world, Johan de Nysschen, Volkswagen of America's chief operating officer, said in an interview with Roadshow. He went on to say that "it's probably a reasonable assumption" that the Passat's replacement "will probably not feature an internal combustion engine."

While several large automakers have backed away from cars in favor of crossovers, Volkswagen of America CEO Scott Keogh has said the German firm remains committed to sedans. He never said anything about gasoline sedans, however.

Volkswagen is currently in the process of launching a line of electric cars under the ID family name, previewed by a series of concept cars.

At the 2018 Geneva Motor Show, Volkswagen unveiled the ID Vizzion, a large sedan hinting at a much-discussed electric replacement for the Phaeton luxury car. The Phaeton never sold well in North America, and a production ID Vizzion would likely be aimed at the Chinese market.

Closer to a potential Passat replacement is the ID Space Vizzion concept, which was unveiled at the 2019 Los Angeles Auto Show. The Space Vizzion has the basic shape of a wagon, but with a taller roof and taller seating position for a more crossover-like feel. 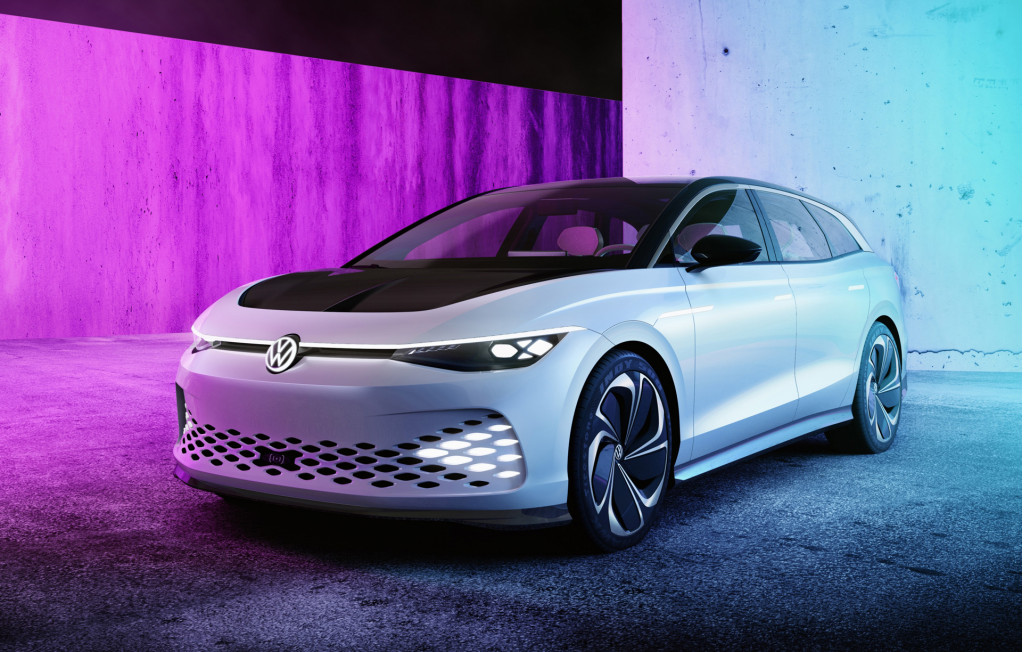 At the time of its Los Angeles unveiling, Volkswagen said the Space Vizzion previewed "a potential production car for Europe and North America."

However, the only ID-series cars confirmed for production are the ID 3 hatchback (which won't be sold in the U.S.), ID 4 crossover, and a production version of the Microbus-inspired ID Buzz concept.

All ID electric cars are based on a common MEB architecture, designed to be flexible enough for a wide variety of vehicles. It stands to reason that a midsize sedan could be one of those vehicles.

If Volkswagen decides to replace the current Passat with an electric model, it will be interesting to see if the automaker retains the Passat name, which was first used in 1973 on European-market models (the first-generation Passat was sold as the Dasher in the U.S.). The automaker could choose an ID-series name to conform with its other new electric cars.

Volkswagen hopes to build 28 million electric cars by 2028. While Keogh is confident that VW's North American arm will be able to sell its share of those cars, recent analysis by consultancy Wood Mackenzie said Volkswagen would need to massively increase its share of the electric-car market to meet its targets.