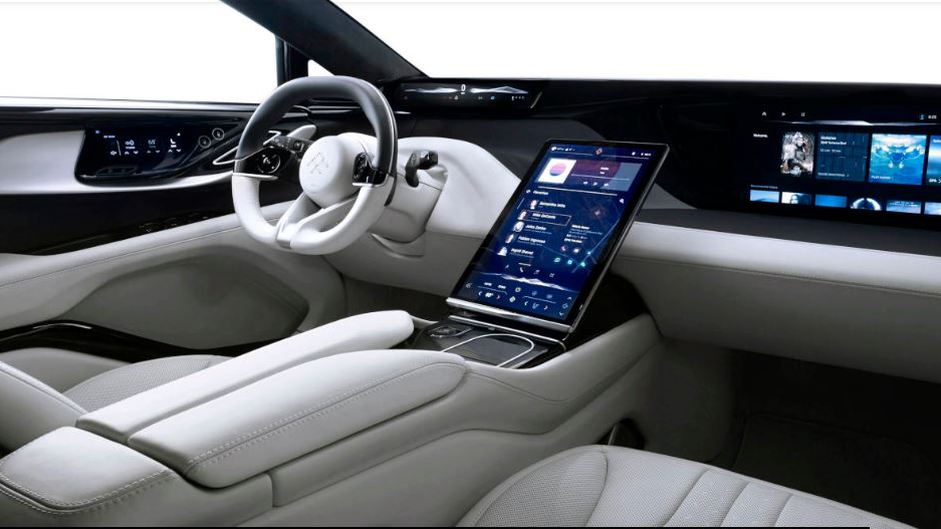 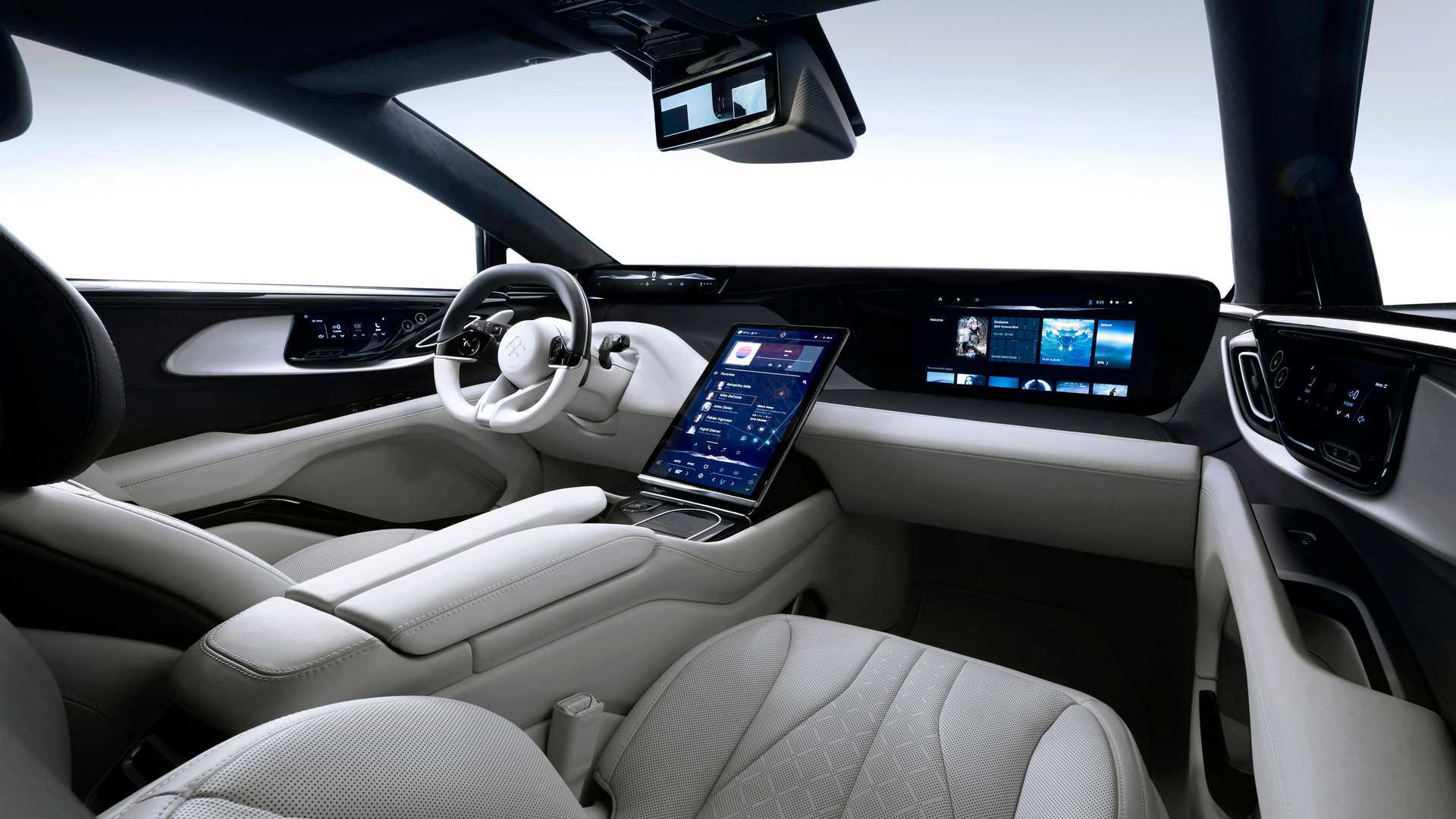 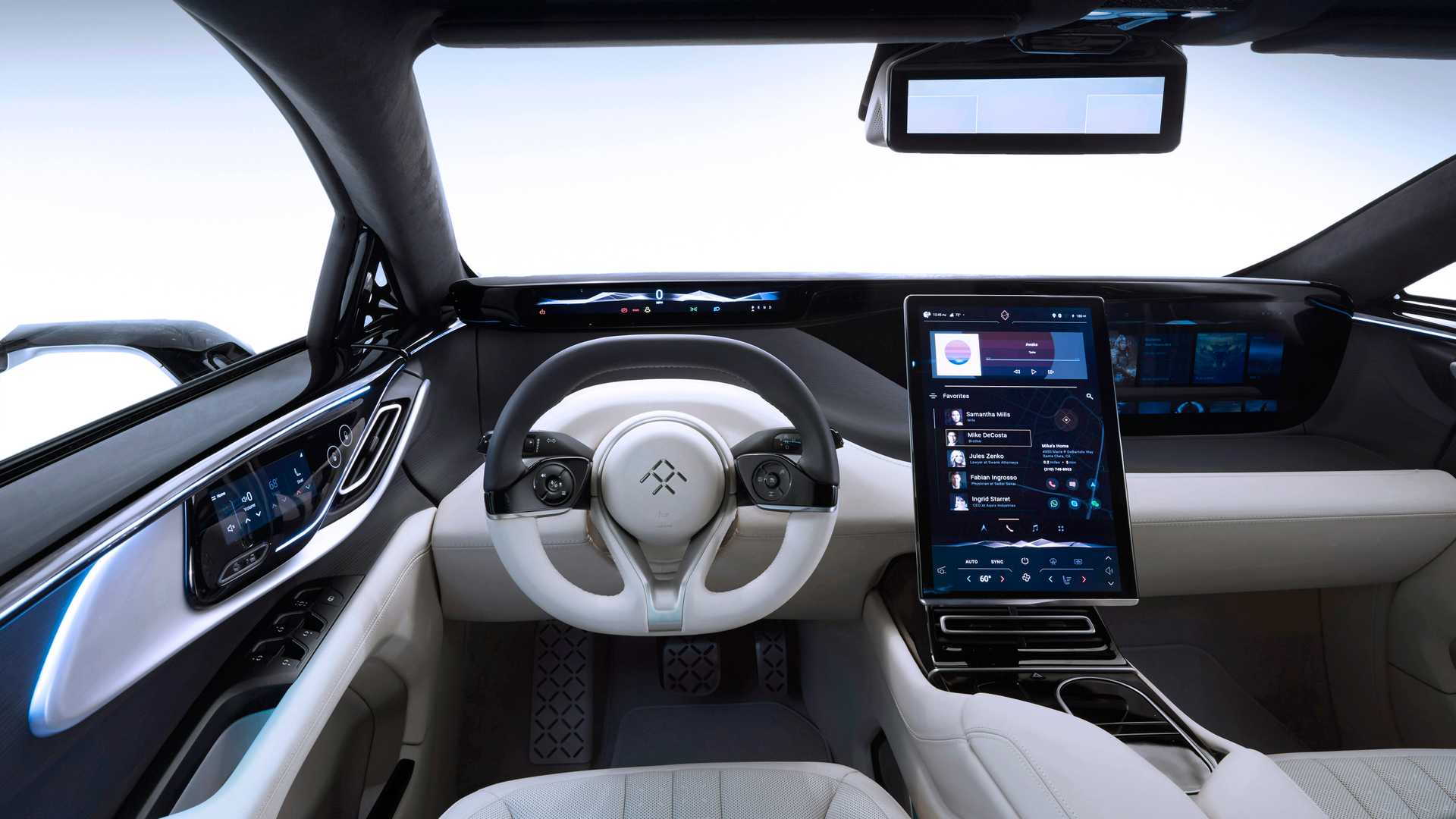 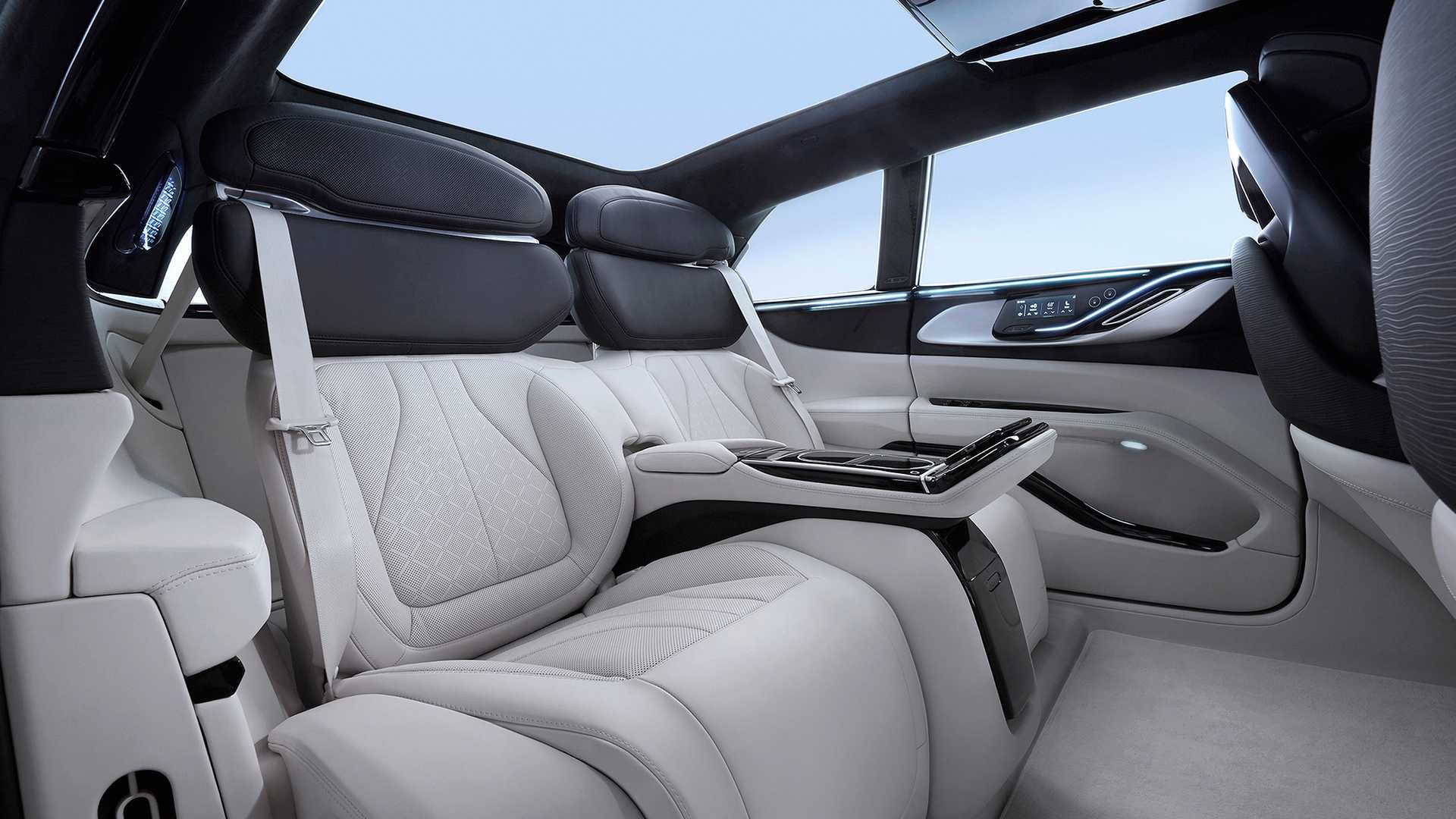 Electric-car hopeful Faraday Future showed off the interior of its FF 91 luxury EV last week, giving us a glimpse of what still might (emphasis on might) be in store for the Chinese automaker—if it can get its act together.

We've known what Faraday Future wants to do with the FF 91 luxury sedan's exterior for several years now. We also know it's fast, and despite the company supposedly being ready to ramp up production at several points it's managed to keep its production interior under wraps. Now, we have our first look at what the company has in mind for what it calls the "third Internet living space."

In simple terms, Faraday Future wants to sell you a "smart" car. You already have a smartphone; you probably already have a smart television (perhaps as part of an entire smart home). Those are the first two internet living spaces; the FF 91 will be your third: smart transportation.

It's not an entirely new concept, as most mobility-focused concepts have trended toward this idea, even if they haven't called it out in so many words. But now that we've seen the interior of the FF 91, we can see just how committed the company is to the in-car experience.

Take, for example, its 11 displays: seven up front and four in the back. This doesn't just mean screens, specifically, because almost everything in the car save for the way the wheels turn is controlled by some form of touchscreen interface. There's also a HUD and the rearview display to consider.

But rear seat occupants are the beneficiary of a massive 27-inch "Cinema Experience" display that will rival some home theater setups just by virtue of its proximity to those sitting in the FF 91's opulent, well-bolstered seats. This screen is controlled by, you guessed it, yet another touch display. So are those seats, by the way.

Faraday Future's had a rocky go of it, to put it mildly. It has found itself at the center of funding nightmares, sketchy leadership (since remedied), and multiple near-death experiences. If the company can pull things together this time around with enough funding for a production push, we might be in for a treat.