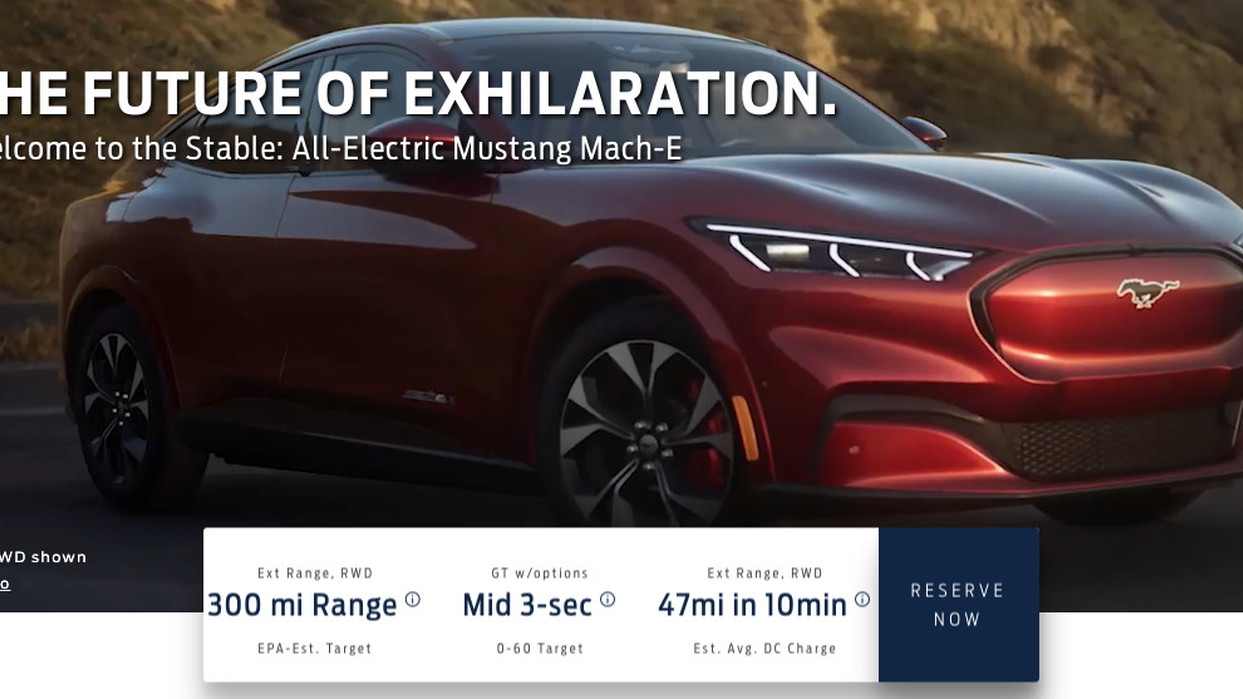 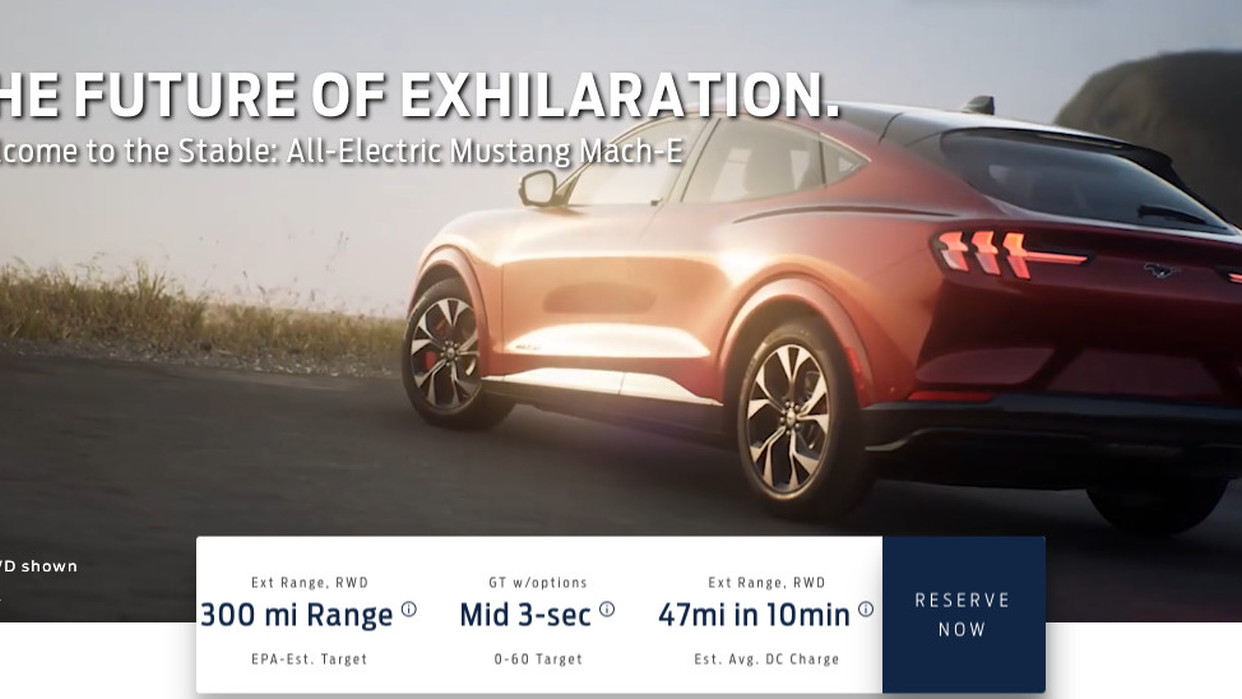 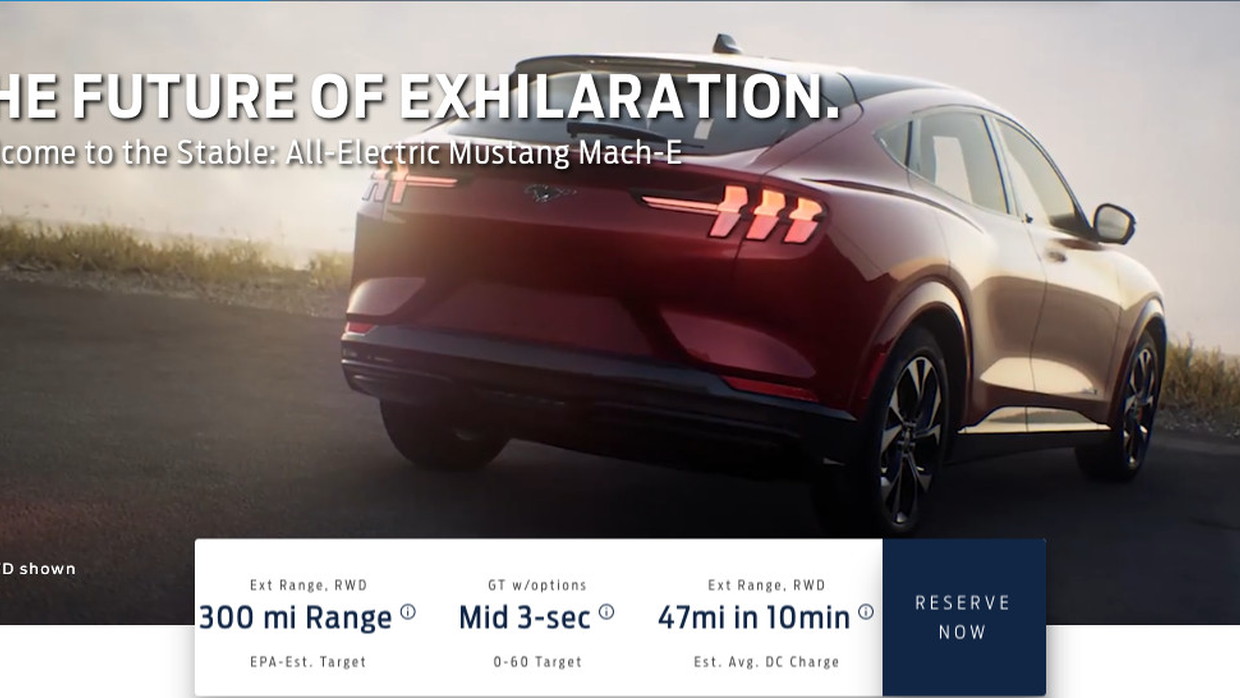 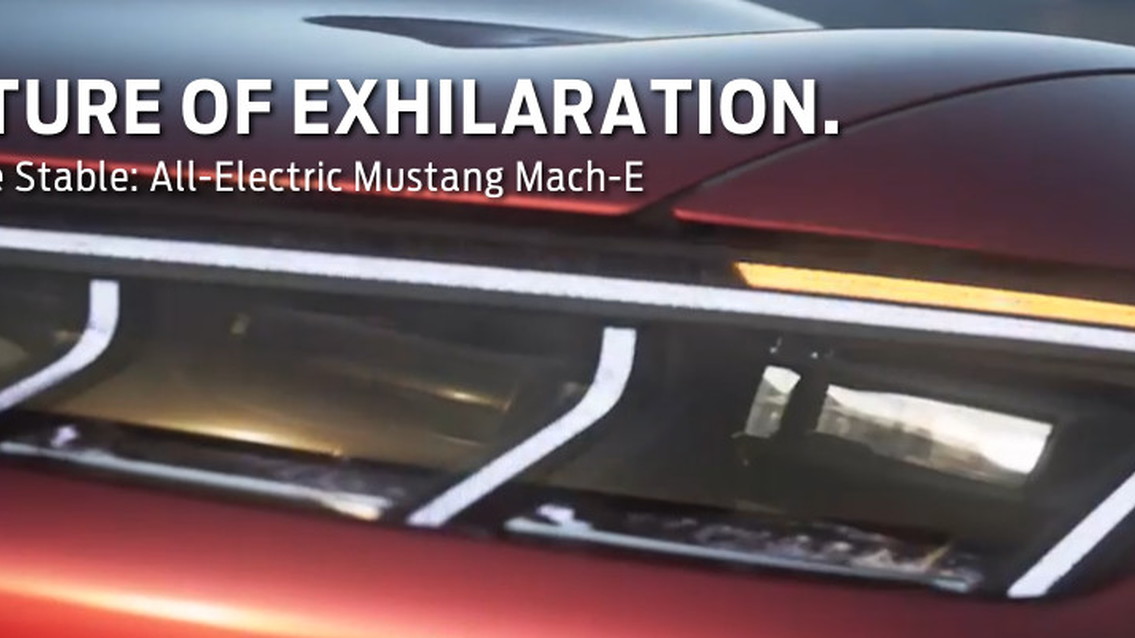 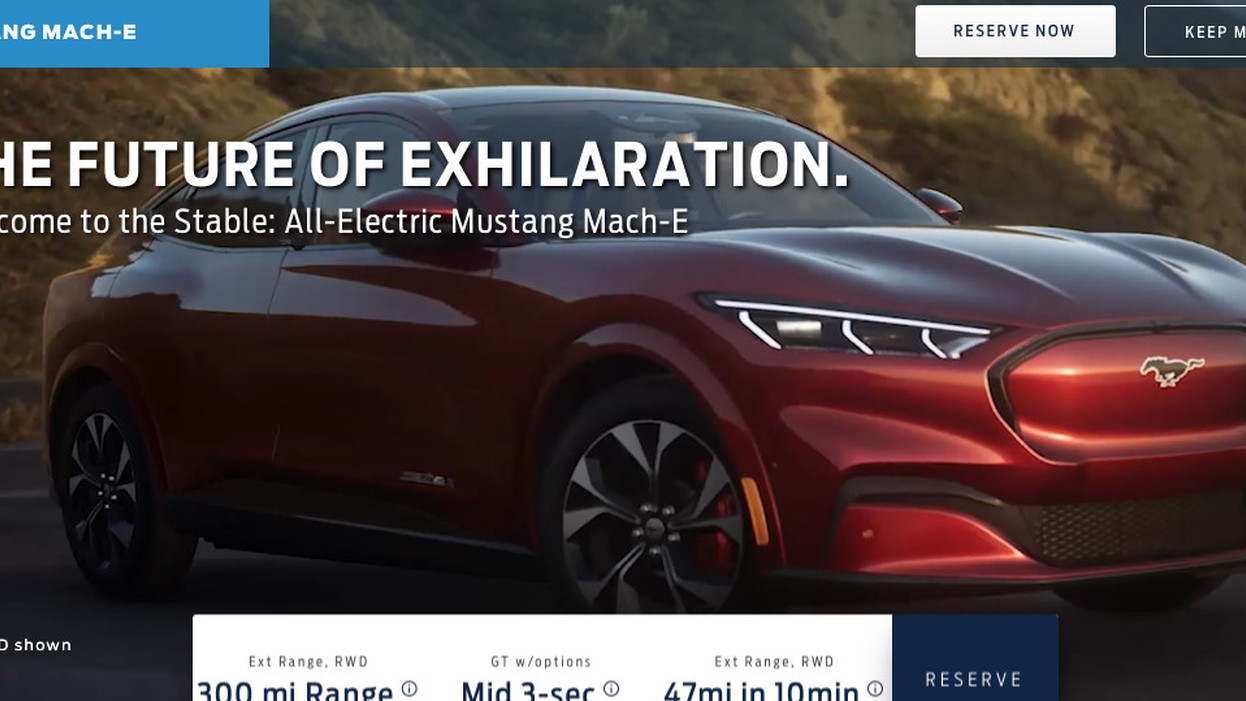 A webpage on the Ford consumer website may have leaked critical information, pictures, specifications, and details about the Mustang Mach-E all-electric crossover Thursday before the car's debut Sunday ahead of the 2019 Los Angeles auto show.

The information was first reported by MachEForum.com. A spokesman for Ford said the automaker would have more to share about the Mach-E crossover Sunday night.

The consumer site, which was hosted on Ford's website before it was pulled Thursday night, details the Mach-E's EPA-estimated range of 300 miles in rear-wheel-drive form in Premium trim, with a mid-3-second sprint to 60 mph in GT spec, and an estimated DC fast charge speed of 47 miles in 10 minutes.

Before it was pulled down, Ford's site detailed power specs for the Mustang Mach-E in its trim levels. The base Mach-E Select may have 255 horsepower in rear- or all-wheel-drive configuration with up to 230 miles of range and a 0-60 sprint in about five seconds. The Mach-E Premium would have 255 hp or 282 hp in rear- or all-wheel-drive configuration, respectively, and up to 230 miles of range in standard range or up to 300 miles of range in extended range configuration. California Route 1 versions have similar power to the Premium rear-wheel drive, extended-range versions. First Edition models have similar power to Premium all-wheel-drive, extended-range versions. The GT powertrain specs weren't immediately clear.

All models have 29 cubic feet of cargo room, which extends to 59.6 cubic feet, and a 4.8 cubic foot front trunk. LED headlights and taillights are standard on all versions, and a 15.5-inch tablet-style touchscreen for infotainment with a 10.2-inch digital instrument cluster is included.