Many Americans consider climate change a global emergency that's worth pulling out all the stops to address—especially by buying and driving electric cars.

Now, it turns out Democratic lawmakers in Washington agree.

A bicameral group of Democrats on Capitol Hill introduced a resolution on Tuesday to declare climate change a national emergency, which would trigger a much more focused effort to combat it with limits on carbon emissions across the economy, for example, and perhaps commitments to reach global targets such as those set in the Paris Climate Accord.

The resolution was introduced by Representatives Alexandria Ocasio-Cortez (New York) and Earl Blumenauer (Oregon) in the House and by Independent Vermont Senator and Presidential candidate Bernie Sanders in the Senate. Ocasio-Cortez and Sanders were also backers earlier this year for a Green New Deal, which would gain impetus from a climate emergency resolution, if passed. 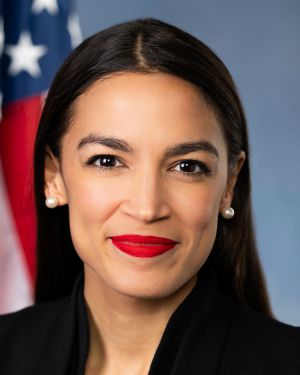 "This is a political crisis of inaction," Ocasio-Cortez said in introducing the resolution Tuesday, according to a Reuters report. “It is going to take political will, political courage to treat this as an issue with the urgency that...it needs."

Many European countries and others around the world, including Israel and China have passed climate emergency resolutions in an effort to speed up efforts to meet targets in the Paris Climate Accords to limit global temperature increases to 3.6 degrees Fahrenheit above 1990 levels by 2100.

More than 740 local governments in 16 countries have also declared a climate emergency, according to The Climate Mobilization.

Even if the measure passed the House, however, it would have little chance of passage in the Senate in the current government.

Still, with support from six of the leading Democratic Presidential candidates, the measure could focus attention in the 2020 Presidential election on climate change and on measures to support electric cars to combat it, including support to continue raising fuel economy standards.