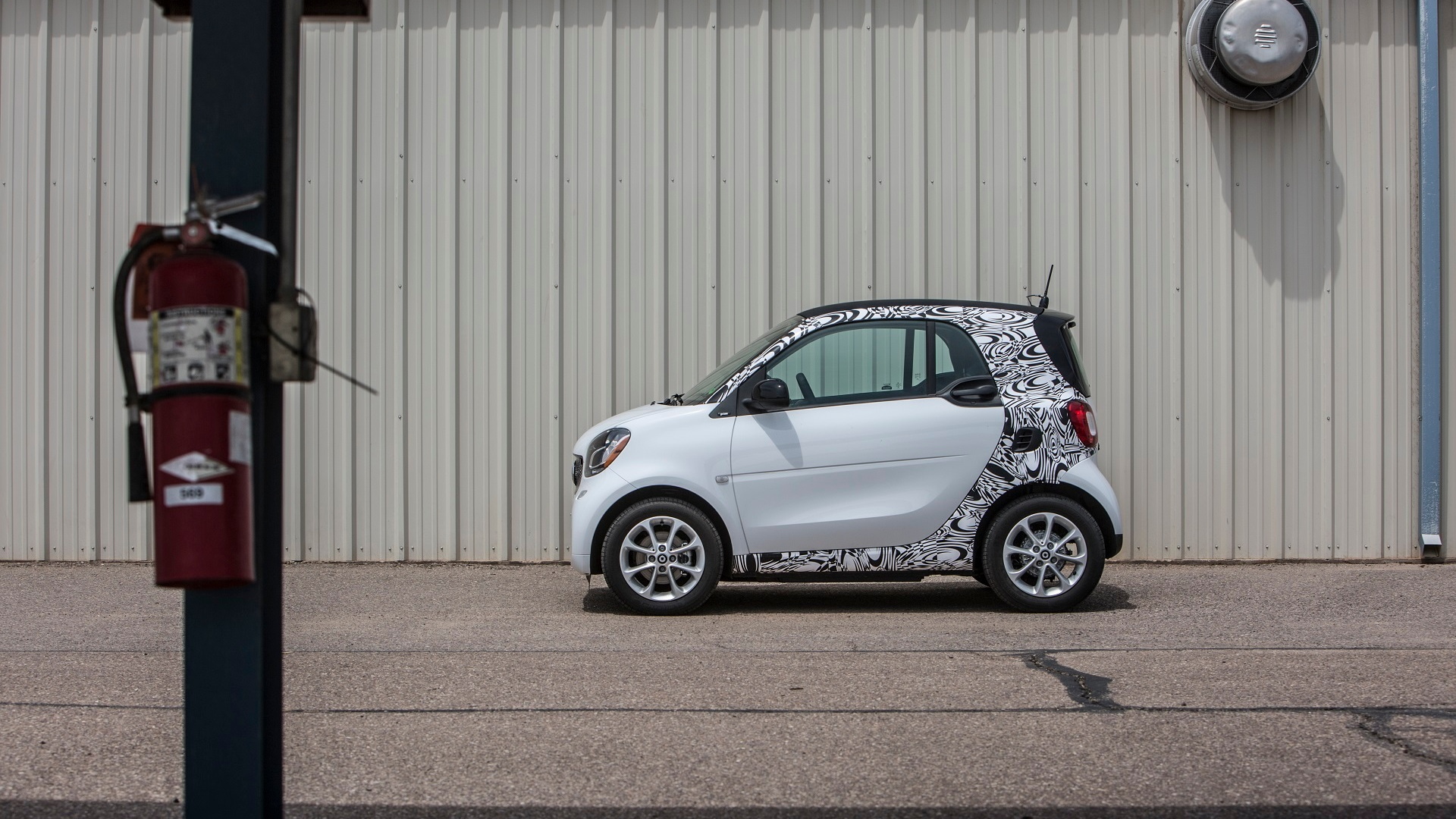 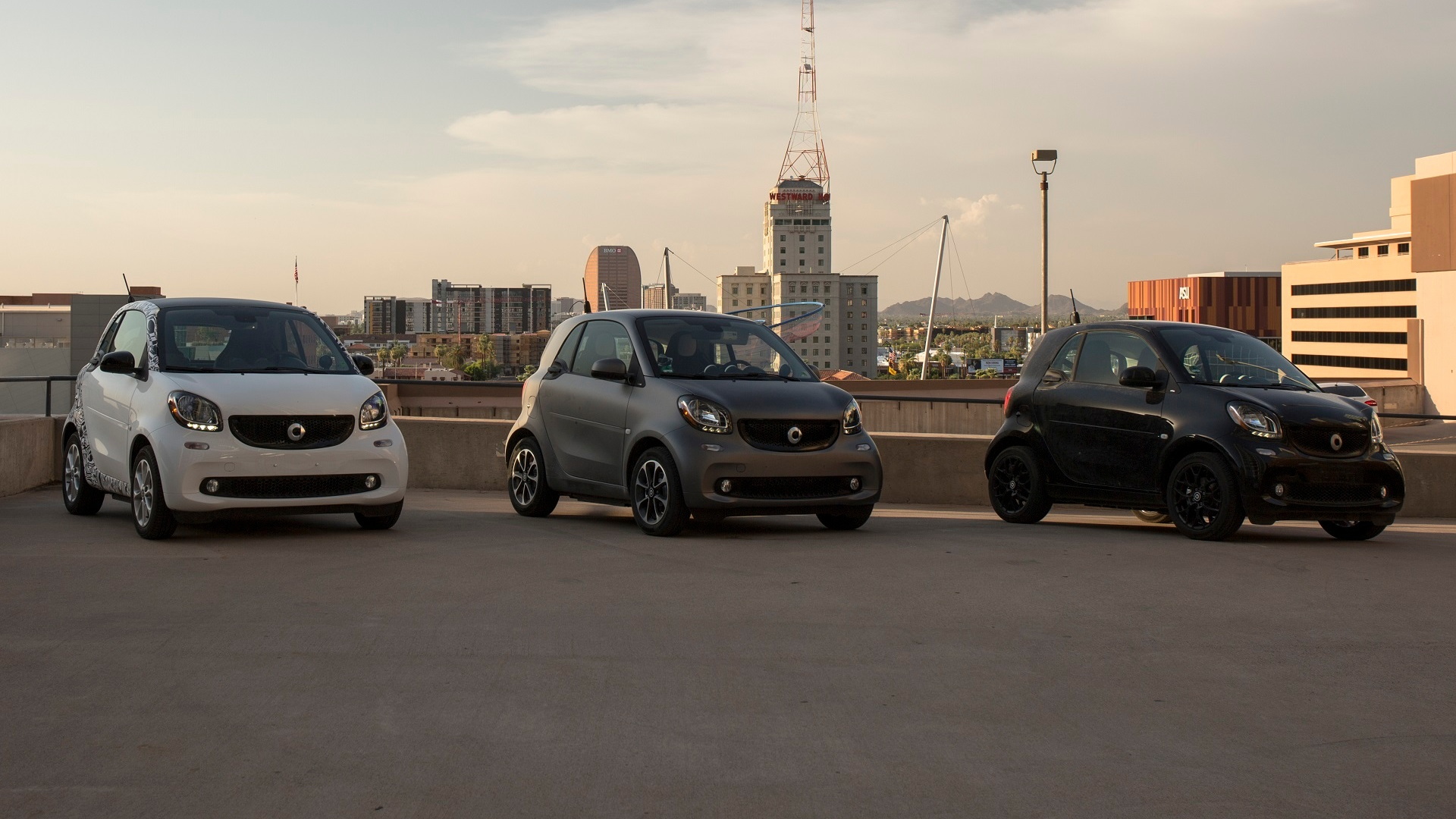 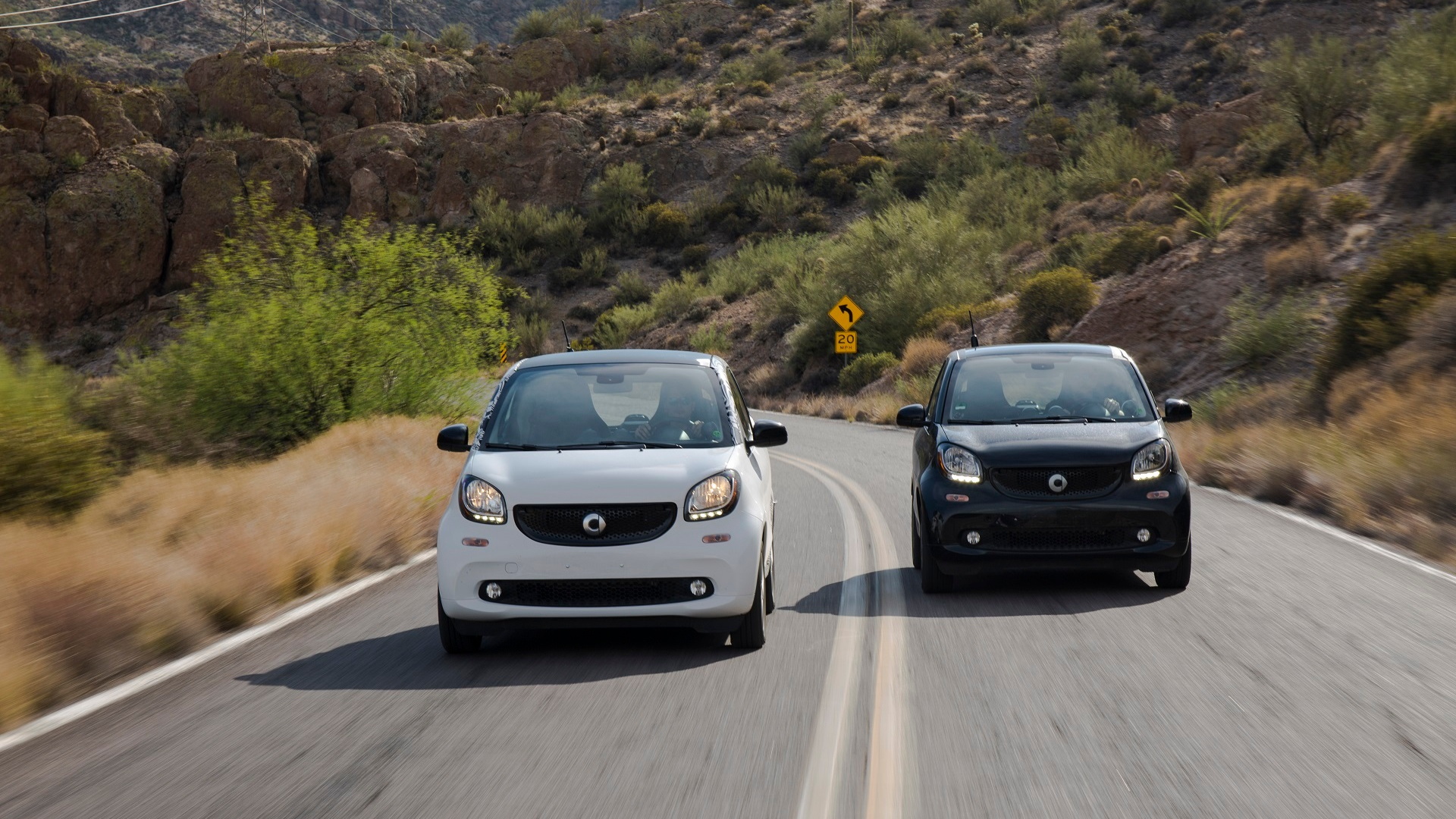 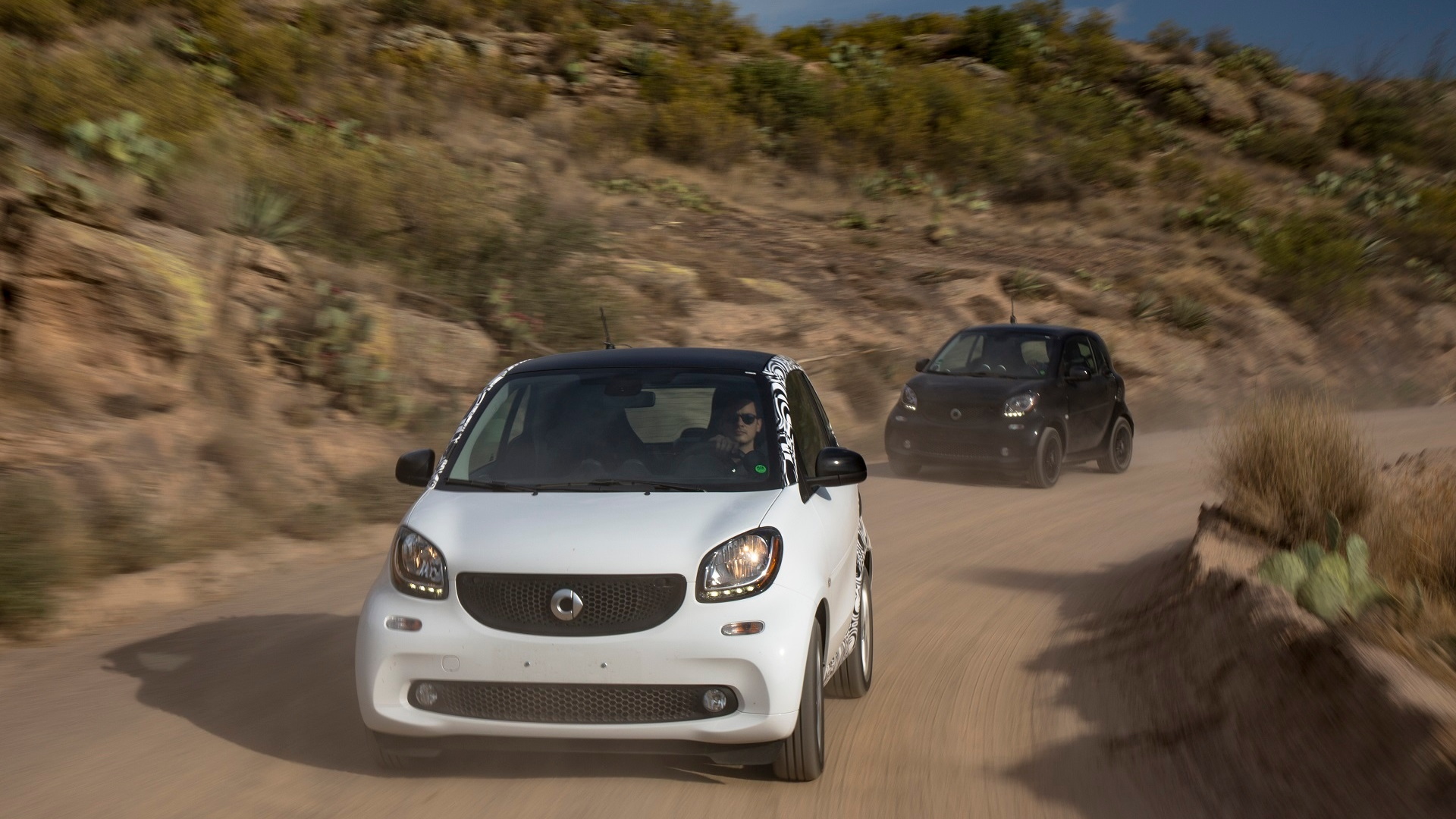 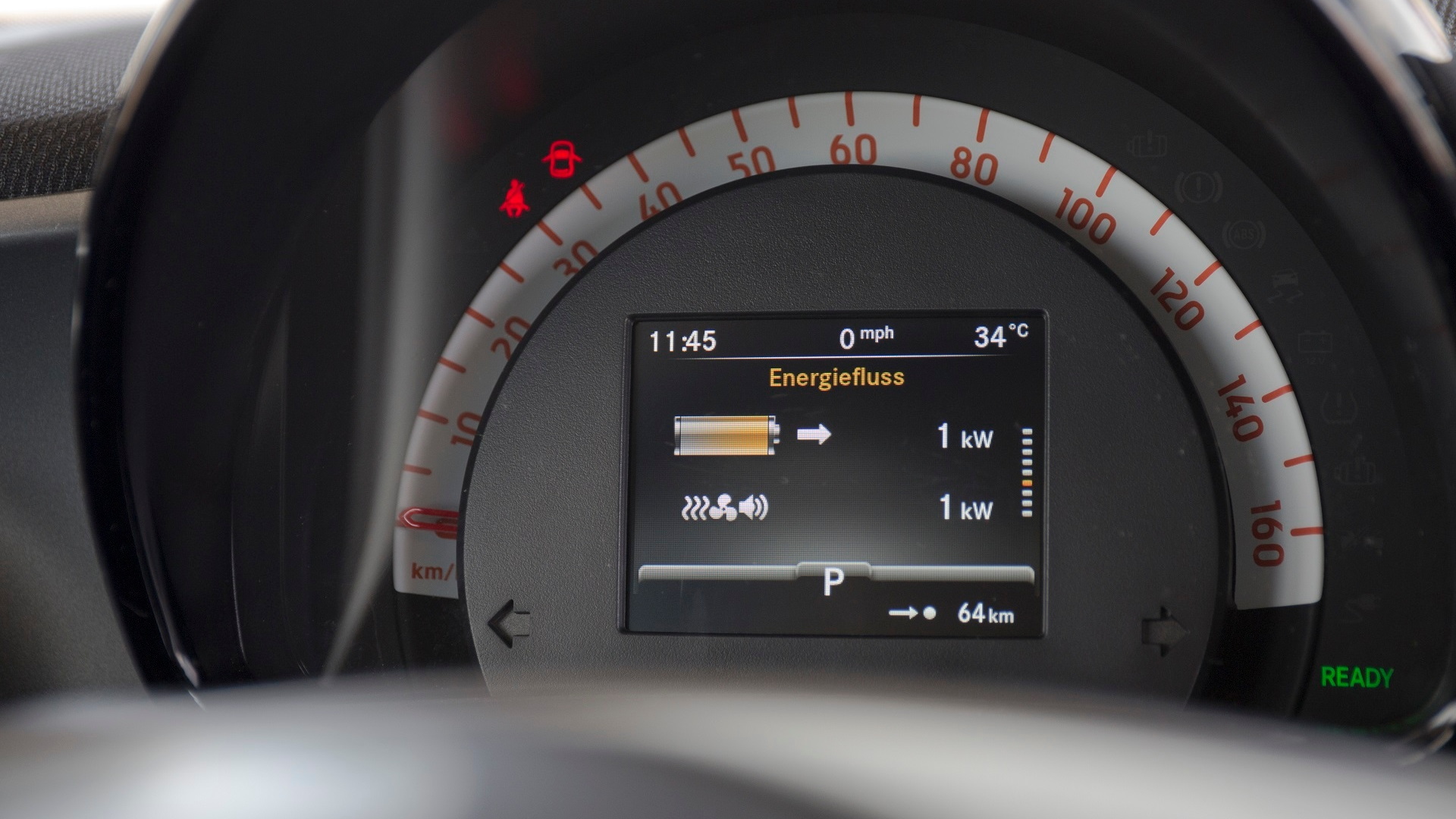 Following the launch of the latest Smart Fortwo hatchback, it was only a matter of time before the trendy German brand would introduce an evolution of its Fortwo Electric Drive version as well.

While some electric vehicles remained desperately uncool or overpriced, the Fortwo "ED" (as Germans insist on calling it) bucked the trend, thanks to a low price and a relatively capable powertrain.

We joined Smart development engineers for a first look at the next-generation Fortwo ED at a testing facility in Arizona, getting to experience the car from the passenger’s seat.

DON'T MISS: How much do electric cars really pollute, even without tailpipes?

From the outside, the Fortwo ED will look exactly like its petrol-sipping sibling—minus tailpipes, of course. The green outlined Tridion safety cell will return as an option.

Both the Fortwo hatchback and cabriolet will be offered as electric cars; in other markets, the larger Forfour will also be available with electric power, but it is not coming to North America.

There are few enhancements to the current Smart's bare-bones interior, save for a clip-on charge indicator gauge left of the steering column.

A digital gauge within the infotainment displays shows a Prius-like charge and usage indicator while accelerating and decelerating.

Smart engineers and executives on hand were mum on specifics about the Fortwo ED prototype, but did let on that new model will be faster and more range-efficient than its predecessor.

The lithium-ion battery pack weighs about 300 pounds, but its heft is offset by a motor that’s lighter than the Fortwo’s three-cylinder gasoline engine.

EPA-rated range could be as high as 85 miles per charge, the engineers hinted.

In the real world, off-the-line acceleration is admirable, not cringeworthy, and the Fortwo ED can definitely get out of its own way. Unlike previous Smart models, including the current Fortwo ED, this one is fun to drive.

The engineers spared no apexes taking us for a lap around the scorching-hot proving grounds, demonstrating how the boxy Fortwo ED stays upright with little body roll even through tight corners.

An Eco setting lowers the air conditioning noticeably, with supposedly little effect on regenerative braking. Energy-saving Michelin tires will be standard equipment for the 15-inch wheels, while Continental tires will be optional on larger, more stylish, 16-inch wheels.

While Mercedes-Benz unremittingly continues as a leader in semi-autonomous technology, the little electric Smart won’t benefit from its advances.

Engineers cited the financially unfeasible cost of integrating active driving software in a low-cost product like the Fortwo ED, noting that it’s not meant to compete with the likes of the premium BMW i3.

Neither will the Fortwo family sprout a plug-in hybrid, they said, despite their proliferation throughout the Mercedes-Benz passenger car and light truck lineup.

For the same reasons of simplicity and low cost, the Fortwo ED will refuel only using Level 1 and Level 2 charging stations.

The engineers said that charging should take only half the time of the current model, closer to two or three hours than five or six, likely from a modern 7.2-kilowatt onboard charger.

For now, then, the Fortwo ED represents a solid improvement in Daimler’s ability to deliver pure electric vehicles that are interesting to drive and more energy-efficient than its larger and more luxurious offerings.

The Smart Fortwo Electric Drive will make its world premiere at the Paris Motor Show this September; we'll have the opportunity to get behind the wheel sometime after that.