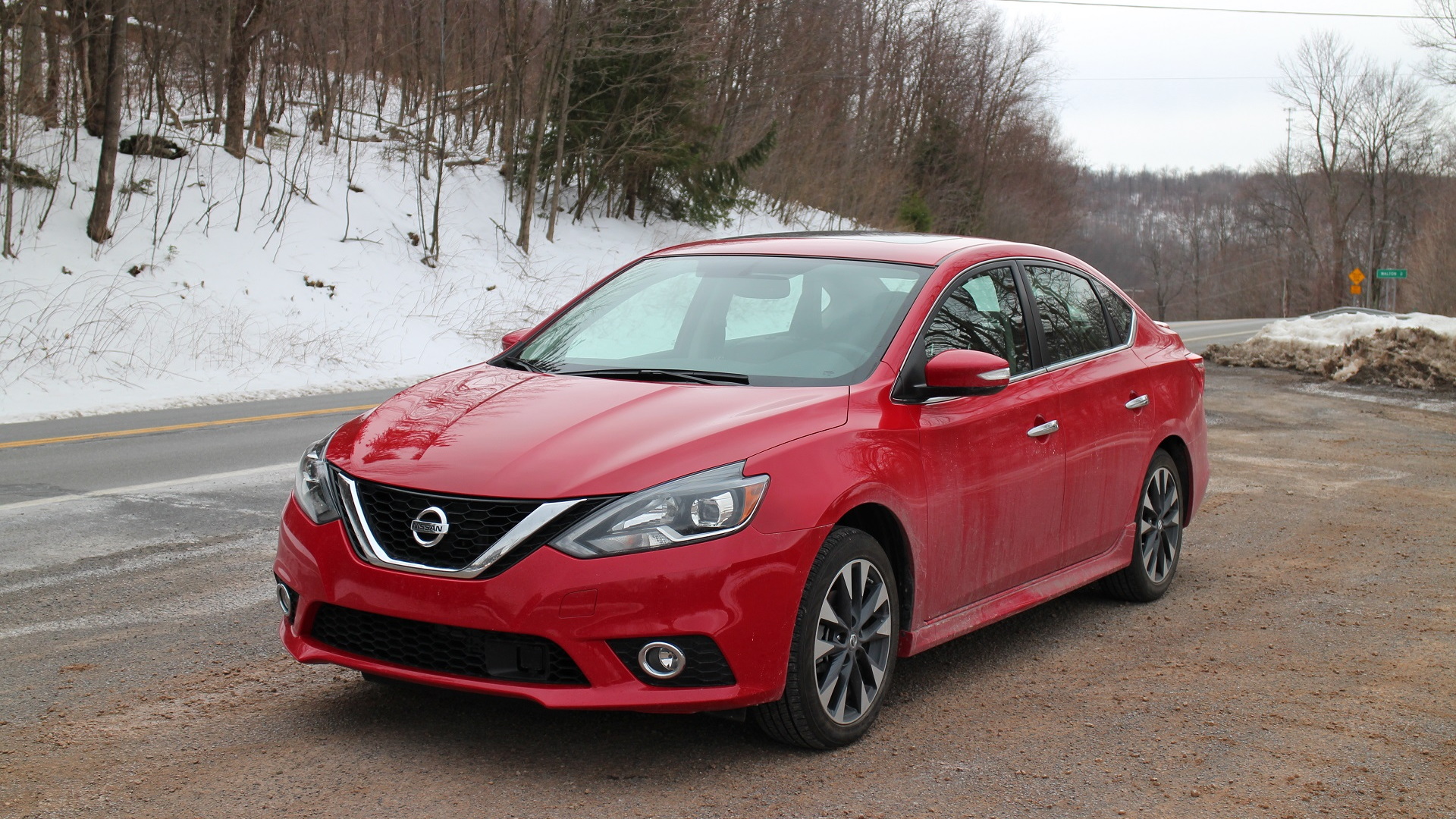 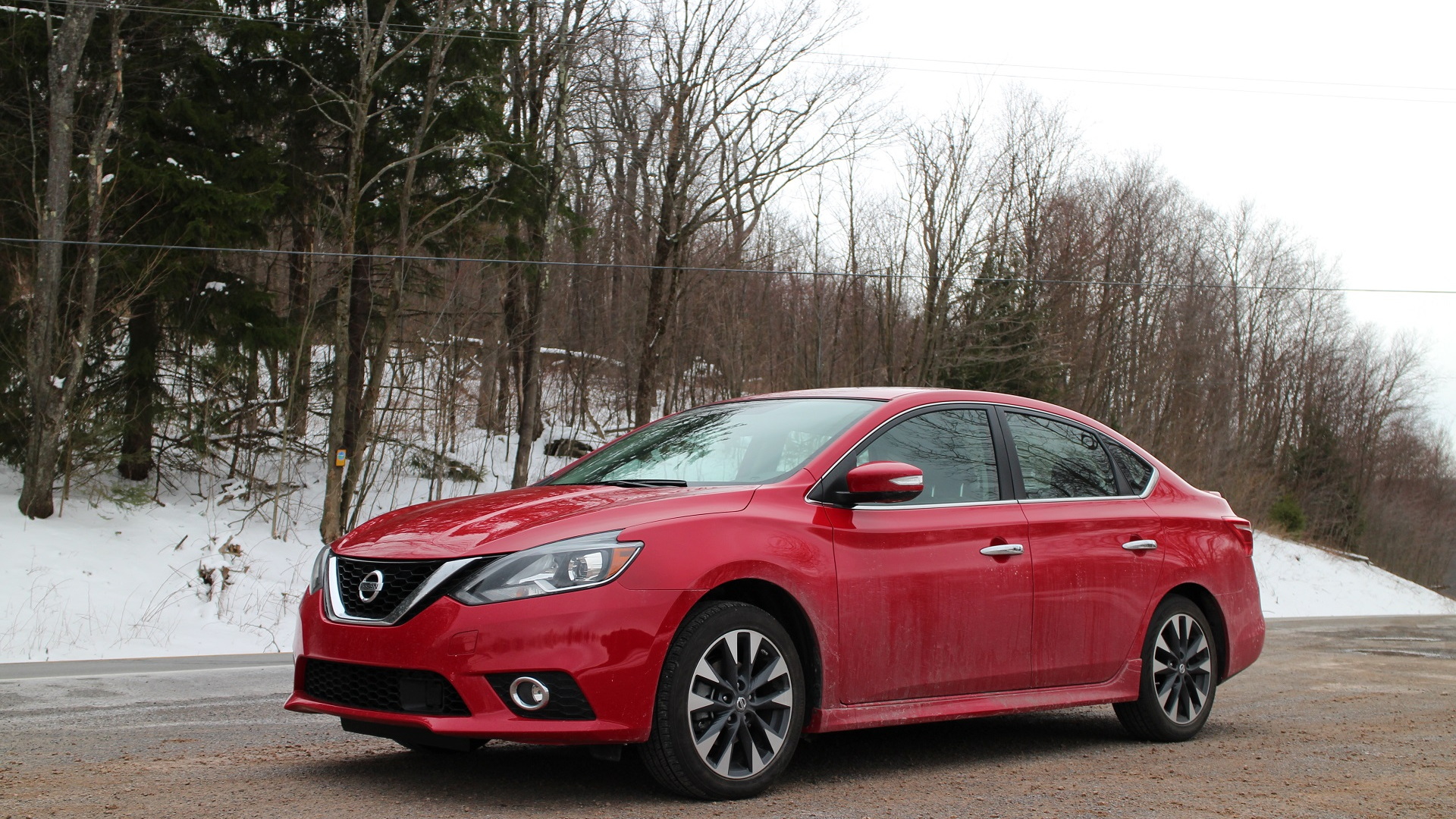 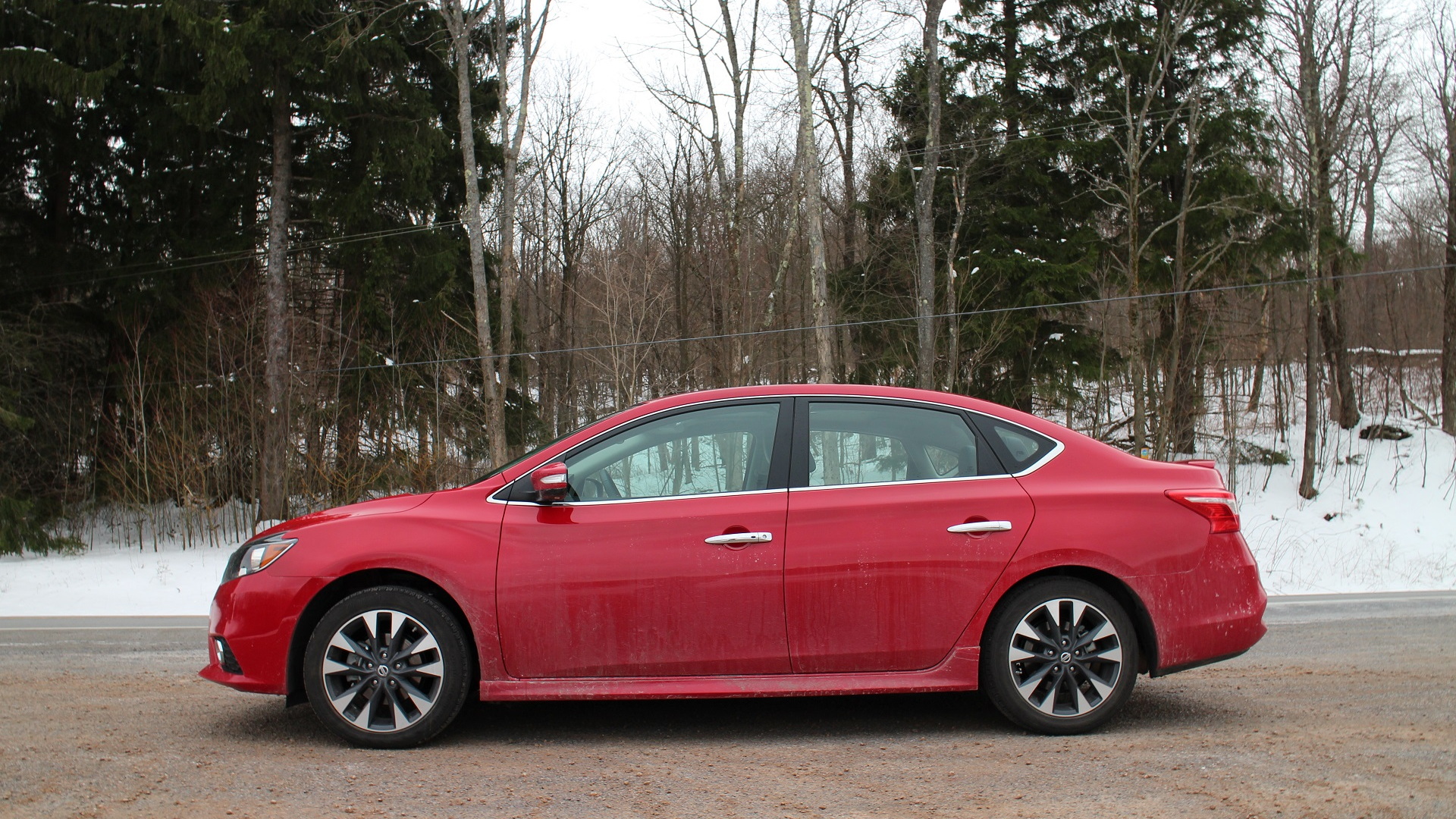 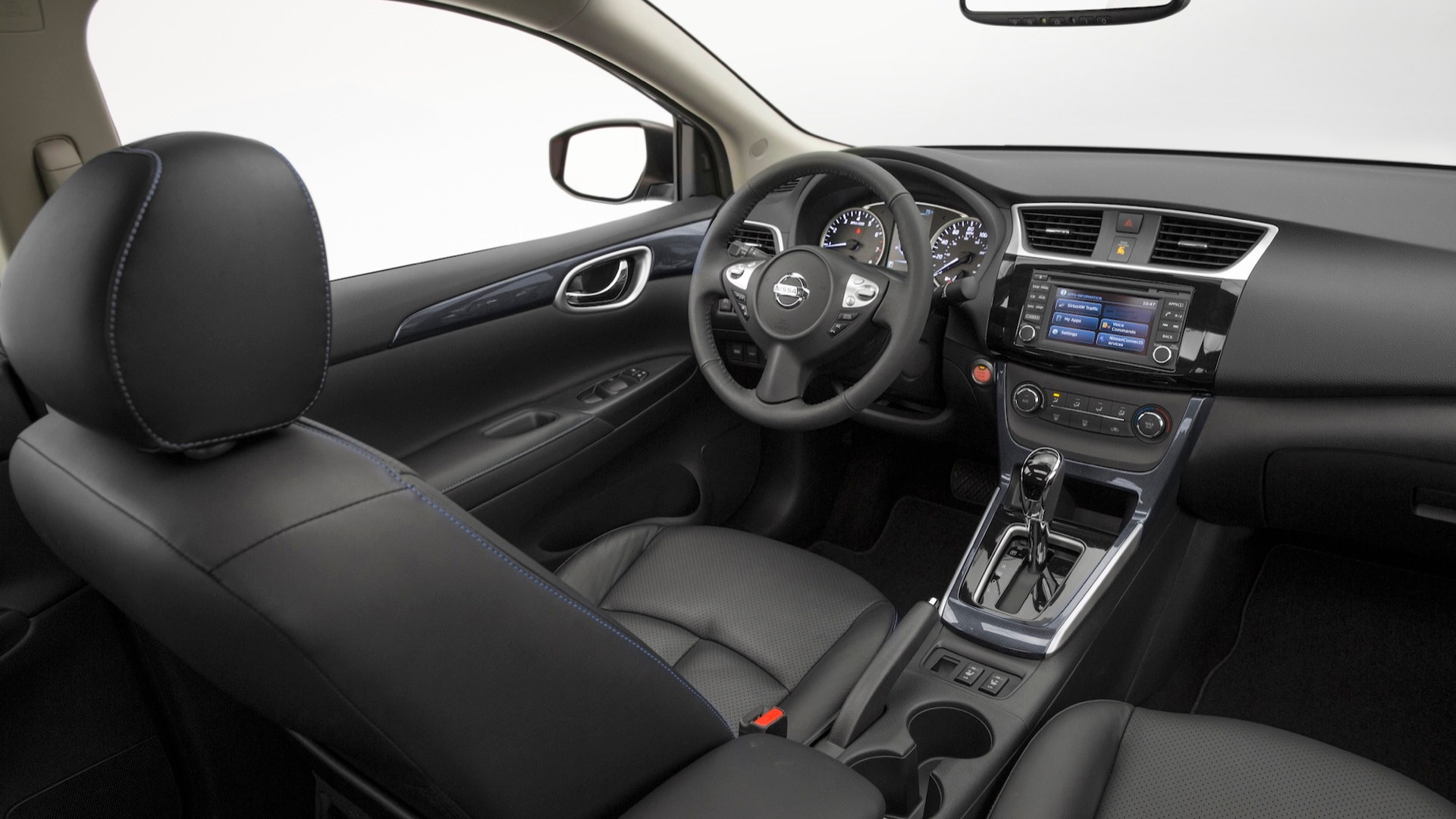 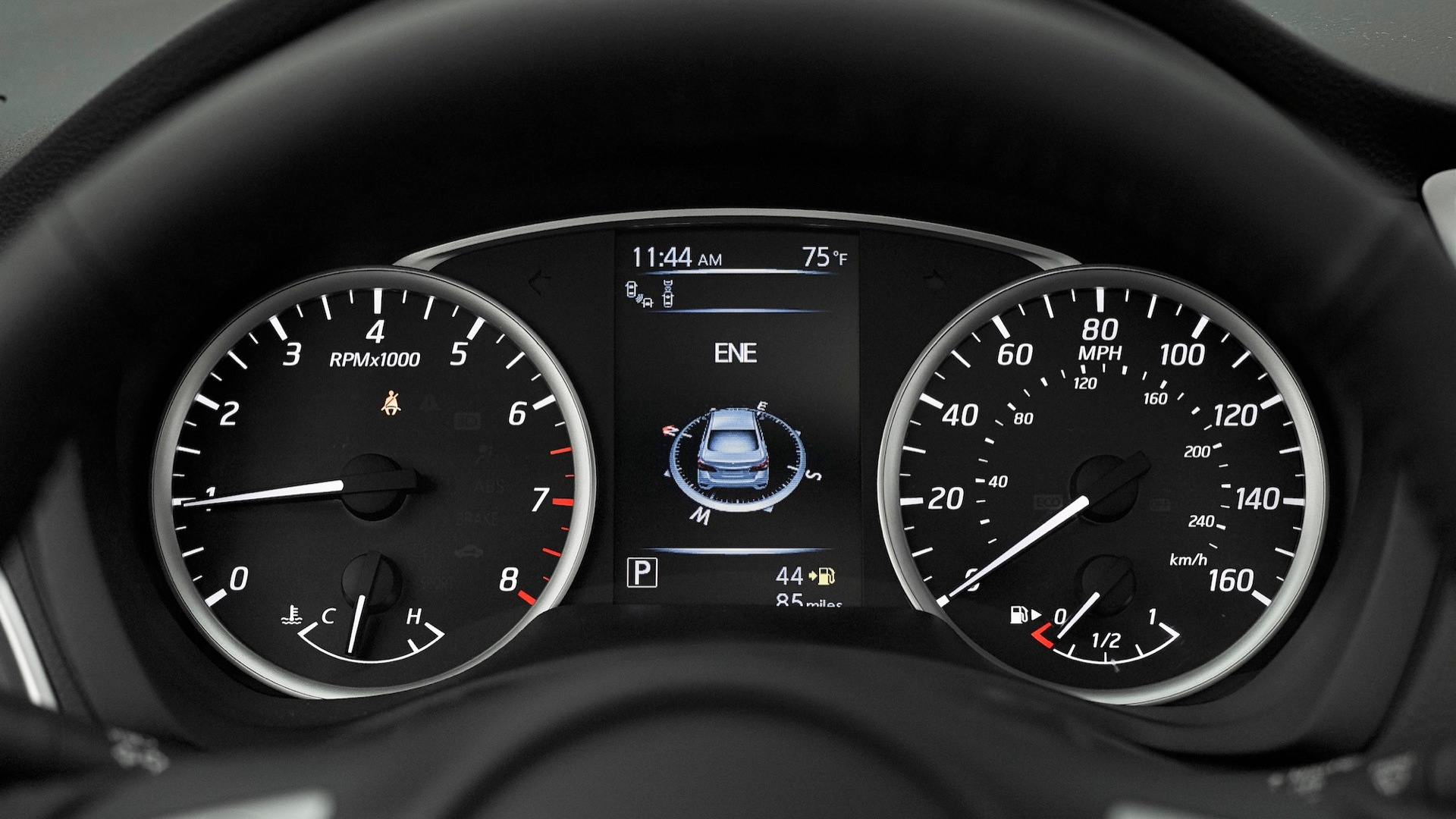 The Nissan Sentra compact sedan has been with us since the 2013 model year, but it received a number of updates and new features this year.

Nissan's goal was to keep the high-volume compact sedan in the running against the new and well-received Honda Civic, Hyundai Elantra, and Chevrolet Cruze, along with an updated version of the Ford Focus.

We tested a 2016 Sentra 1.8 SR sedan fitted with a continuously variable transmission (CVT) to see how it stacked up against the competitors and against its EPA fuel-economy ratings.

There are three powertrains offered on the 2016 Sentra, all with a 1.8-liter 4-cylinder engine.

Our test 1.8 SR with the CVT is likely the volume version, rated at 32 mpg combined (29 mpg city, 38 mpg highway). Selecting a 6-speed manual gearbox, the base transmission, knocks that down to 30 mpg combined (27 city, 36 highway).

Or misers can opt for the Sentra FE, with the same 1.8 and CVT but a number of tweaks to boost its EPA ratings to 34 mpg combined (30 city, 40 highway). 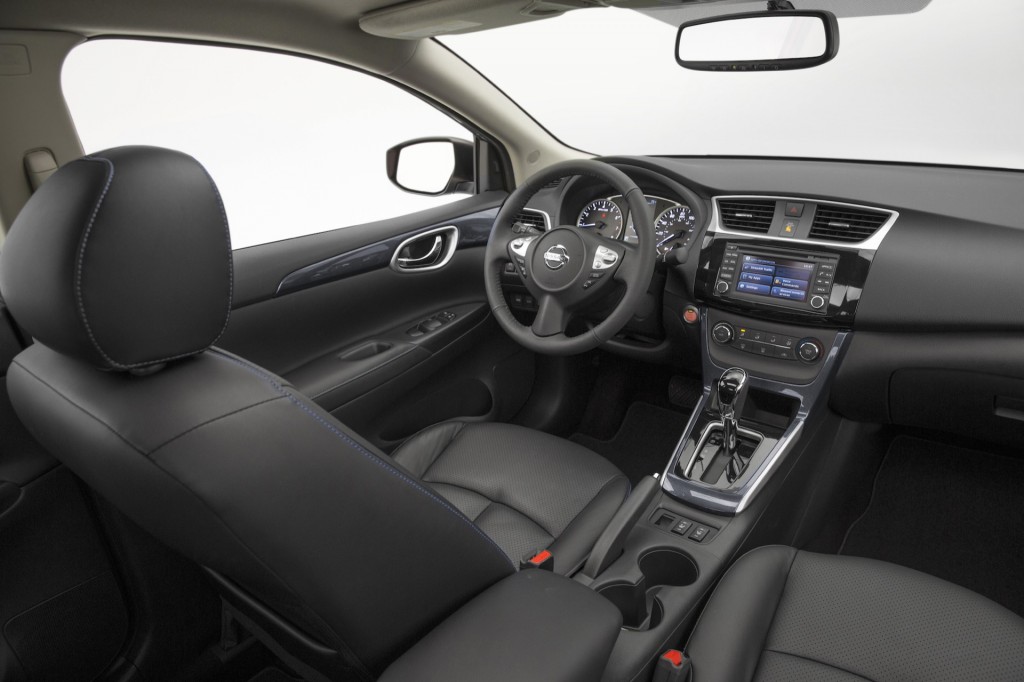 Over almost 700 miles of mixed usage through hills covered in a late-spring snowfall, our high-volume model averaged 33.8 miles per gallon as indicated on the car's trip computer.

That's about what we expected, given our driving of about two-thirds highway and higher-speed back-road driving and one-third around-town use.

But the Sentra is no longer particularly high-rated; the newest 2016 Chevy Cruze achieves a combined 35 mpg for every model, for example.

The Sentra has never been one of The Car Connection's highest-scoring compact sedans. It wins on interior room, with a gigantic and spacious back seat for the class, but loses points for cheap materials and a noisy engine.

While both of those areas were addressed by improvements for 2016, we'd still rather opt for a new Civic, Cruze, or Elantra over the updated Sentra.

At best, it's unremarkable, and the interior plastics and finishes remain below the continuously improving level of its competitors. 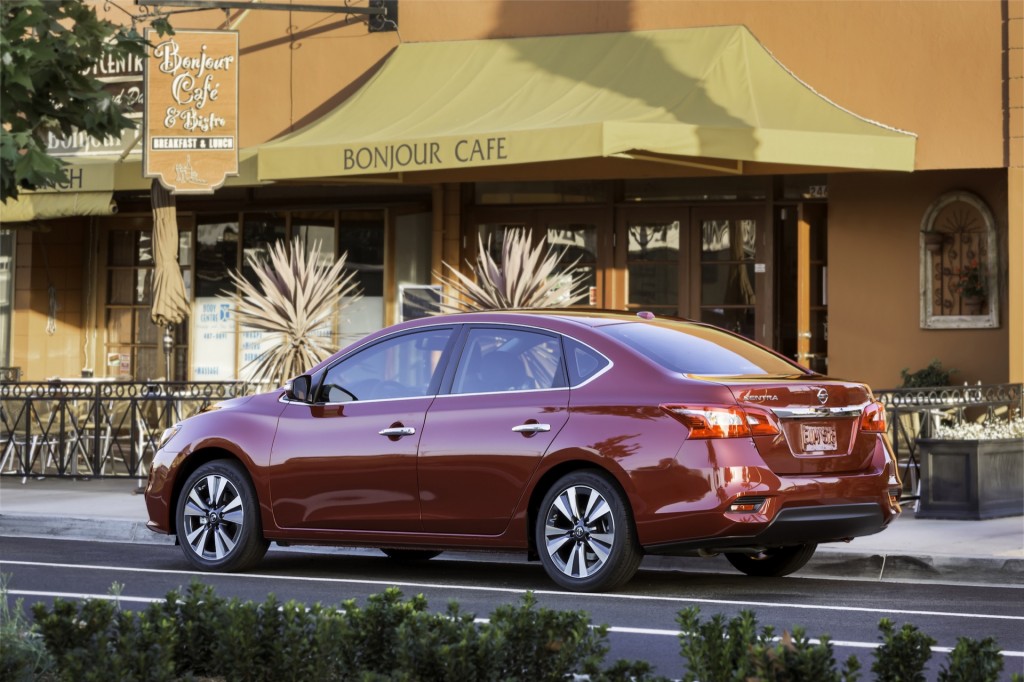 The car is quieter than before at lower speeds, with only some whine up to about 3500 rpm. Above that, the engine howls if you accelerate hard, making for a greater contrast now between the two types of driving.

The operation of the controls still feels cheap—the plasticky, imprecise power-mirror adjuster remains a pet peeve—and the handling is soggy. It also proved surprisingly sensitive to side winds.

And despite an upgrade, the Nissan in-dash navigation screen is tiny, and entering destinations was so frustrating we gave up within 5 minutes and switched to Google Maps on a smartphone.

A final quirk: it took several minutes to locate the gas-door release switch, which is located over the driver's right shin at the bottom of the dashboard next to the much less-used hood release. Why?

It included two substantial option bundles. The first and priciest was the $2,590 Premium Package, including a few electronic active-safety systems: blind-spot warning (but not lane correction) and rear cross-traffic alert, as well as the NissanConnect system with navigation on a small 5.8-inch touchscreen display. 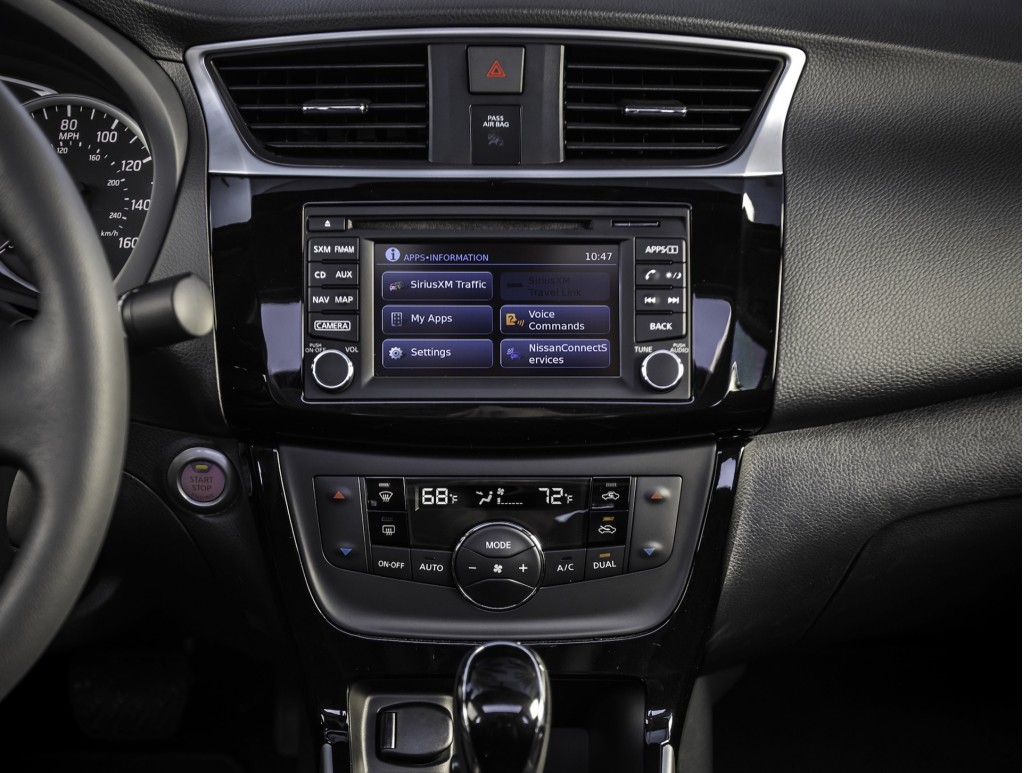 On top of that, the $1,230 Technology Package added further active-safety features, including adaptive cruise control and automatic emergency braking, as well as NissanConnect services.

Overall, the Sentra has always been about value for money (discounts on the sticker price are always available) and cabin space.

If you value other qualities in a compact sedan, we'd suggest there are more pleasant alternatives.