Just outside the show on the streets of Manhattan, however, it quietly showed off something else.

An orange prototype of a VW Beetle Hybrid was parked at the curb, unannounced in any of the media materials, perhaps more of a trial balloon than an actual model.

Launched for 2013, the Jetta Hybrid has essentially been the invisible member of the Jetta lineup; sales have never come close to those of VW's fuel-efficient TDI diesel models.

The hybrid Beetle uses a 1.4-liter turbocharged four-cylinder engine and a seven-speed dual-clutch transmission, with an electric motor sandwiched between them, to drive the front wheels--just like the Jetta Hybrid. 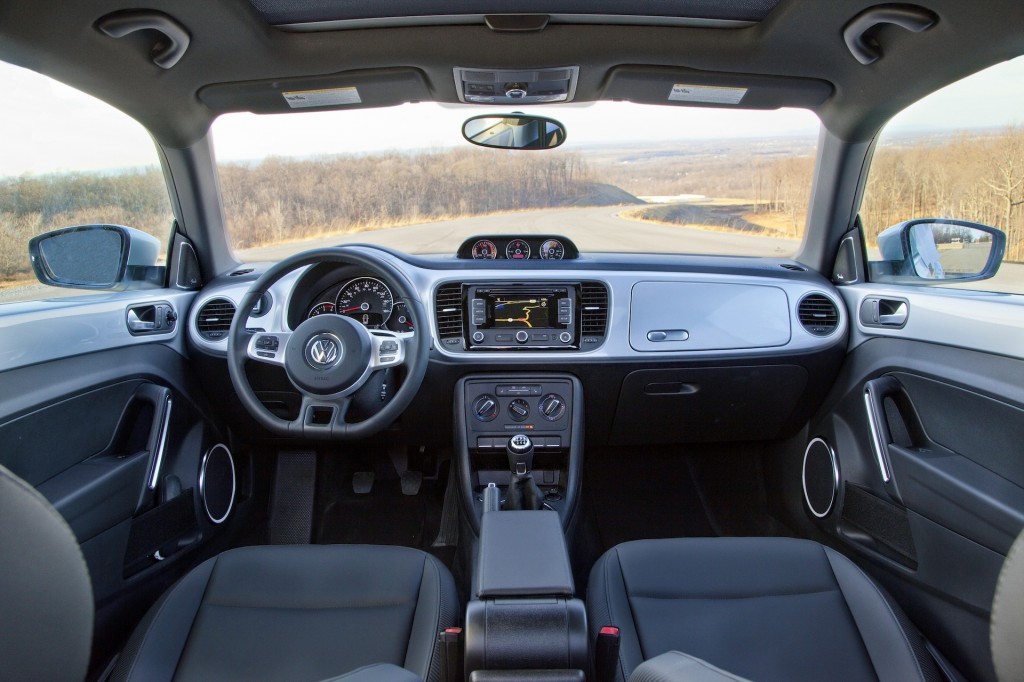 The total system output is estimated at 168 horsepower, enough to propel the Beetle from 0 to 62 mph in 8.0 seconds.

It can also run on electric power for up to a mile at speeds up to 30 mph, although accelerating under battery power alone reportedly requires a very gentle throttle foot.

Besides the hybrid powertrain, other changes from the stock Beetle are reportedly minimal.

The interior borrows a gauge cluster from the Volkswagen XL1 diesel plug-in hybrid, which features a battery-charge gauge within the speedometer. 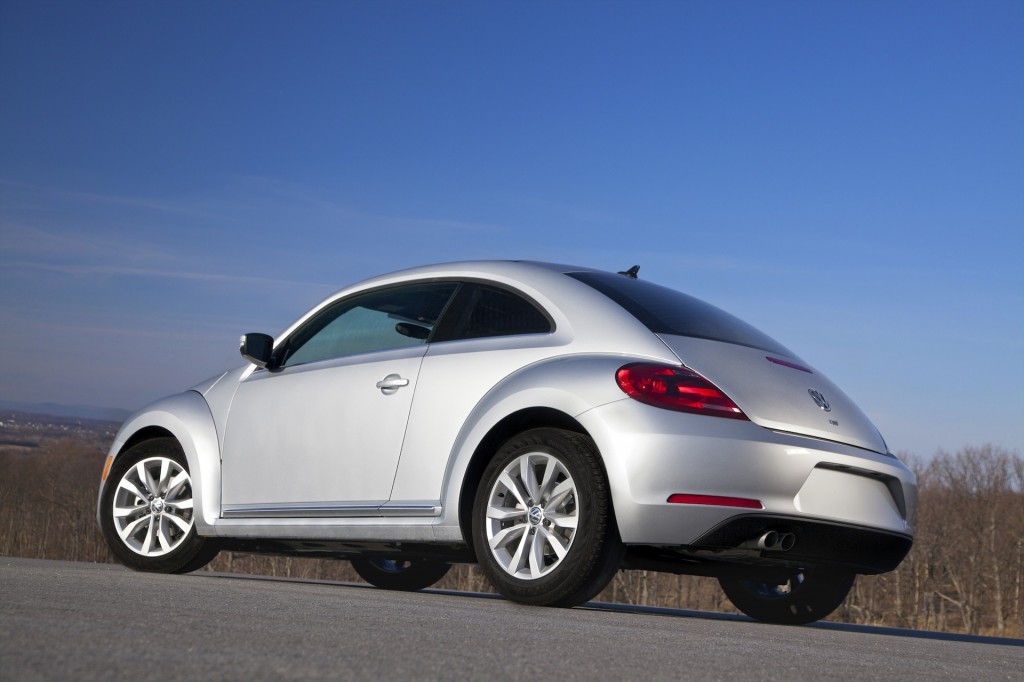 The central display was also augmented to include a powertrain status screen, which shows whether the car is operating on gasoline, electricity, or a combination of both.

In this prototype, the display actually showed an outline of the Jetta Hybrid sedan it was likely taken from.

Volkswagen isn't ready to discuss any potential production version of the Beetle Hybrid, which got relatively little attention from the company at the New York Auto Show. 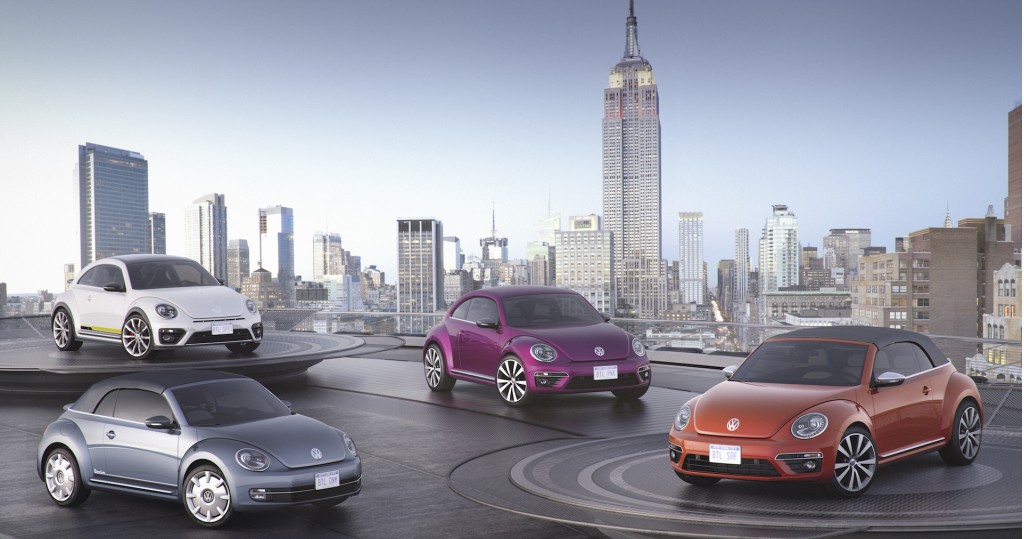 They included the Beetle Wave, Beetle Pink Color Edition, and Beetle Convertible Denim, which were mostly distinguished by unusual color and trim options.

That included a denim-like fabric for the folding roof of the Beetle Convertible Denim--a throwback to the 1970s Jeans Bug.

There was also the Beetle R-Line concept, a sportier model with a 217-hp 2.0-liter turbocharged four-cylinder engine.

VW says the Special Edition concepts could go into production if demand warrants it, but we'll have to wait for more news on the Beetle Hybrid.