Perhaps no gas-mileage ratings have been as eagerly awaited this fall as those for the all-new 2015 Ford F-150 pickup.

The redesigned full-size truck with an aluminum body and pickup bed was expected to get better gas-mileage numbers than earlier F-150s.

And it has, with a top rating of 22 mpg combined (19 mpg city, 26 mpg highway) for the most fuel-efficient model, a rear-wheel-drive model with the new 2.7-liter EcoBoost V-6 engine.

The diesel Ram 1500 has been remarkably successful for Fiat Chrysler; it will soon make up fully 20 percent of production. 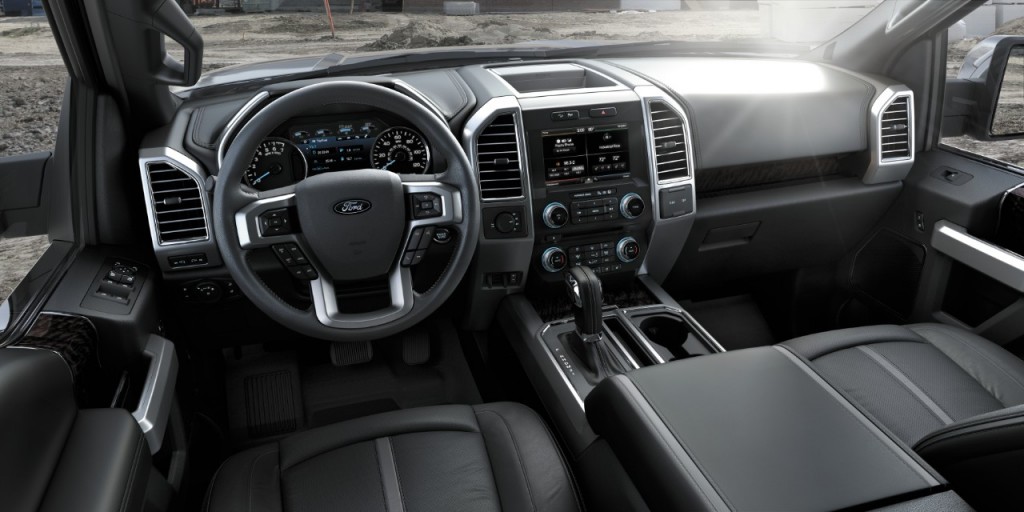 The 2015 Ford F-150 fuel-economy numbers vary across a wide range of models, so here's the full lineup:

(All versions use a six-speed automatic, although a new 10-speed transmission will be introduced in a year or two--which should boost each of these ratings by 1 to 3 mpg.)

Not all of the new F-150's ratings can be directly compared to last year's models. For one thing, the 2.7-liter EcoBoost V-6 is an all-new engine. 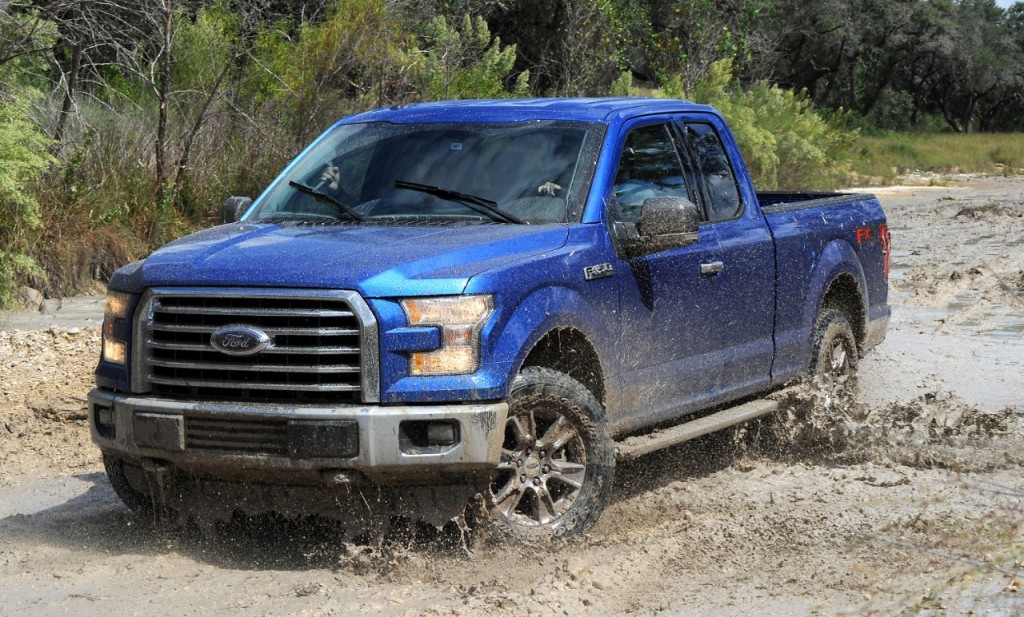 ALSO SEE: Pickup Truck Gas Mileage, 2015 And Beyond: 30 MPG Highway Is Next Hurdle

Using the V-8 engine as a comparison, the effect of the lighter-weight aluminum truck seems to be relatively small. 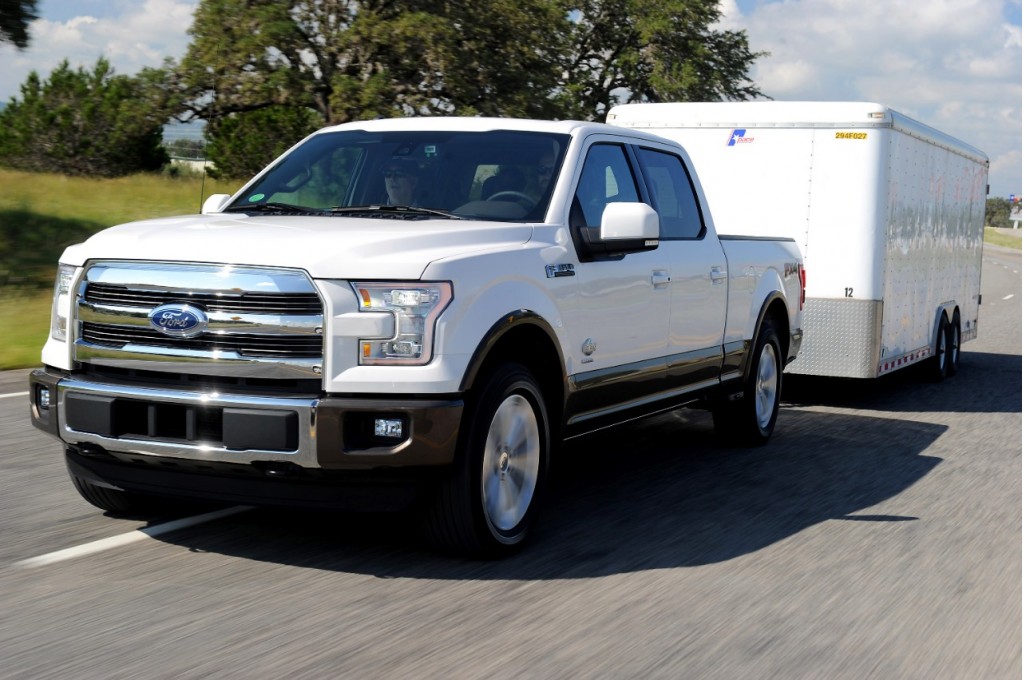 The latter change still saves 56 gallons of gasoline over a 15,000-mile year, and it will certainly help Ford to meet steadily rising corporate average fuel-economy requirements.

But there's another factor that may make the top-rated Ram 1500 EcoDiesel a more appealing choice for some buyers: Diesels often overachieve on their EPA ratings, while turbocharged engines often underachieve. 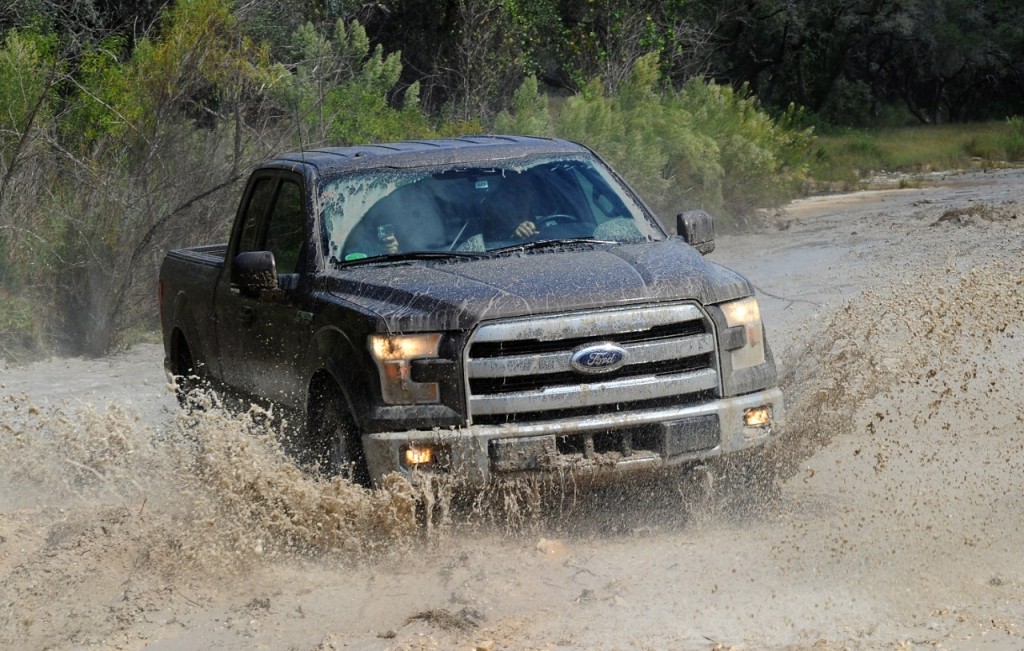 Ford's PR staff has consistently noted that diesel fuel is more expensive per gallon than gasoline, meaning that in some use cases, any savings in fuel consumed may be lost due to paying more per gallon and the higher purchase price of diesel engines.

The nationwide average difference last week, according to Ford's Mike Levine, was 76 cents per gallon.

That per-gallon difference varies considerably by state. It's 80 cents in Texas, where Ford sells almost a third of its F-150s, but only 27 cents in Alaska, according to AAA.

Ford is expected to introduce its own small diesel for the F-150 within a few years, which may well let it gain the overall fuel-economy title for full-size pickups.

Still, this year, Ford has stressed the new trucks' cargo and towing capacities as much as the fuel-economy ratings. 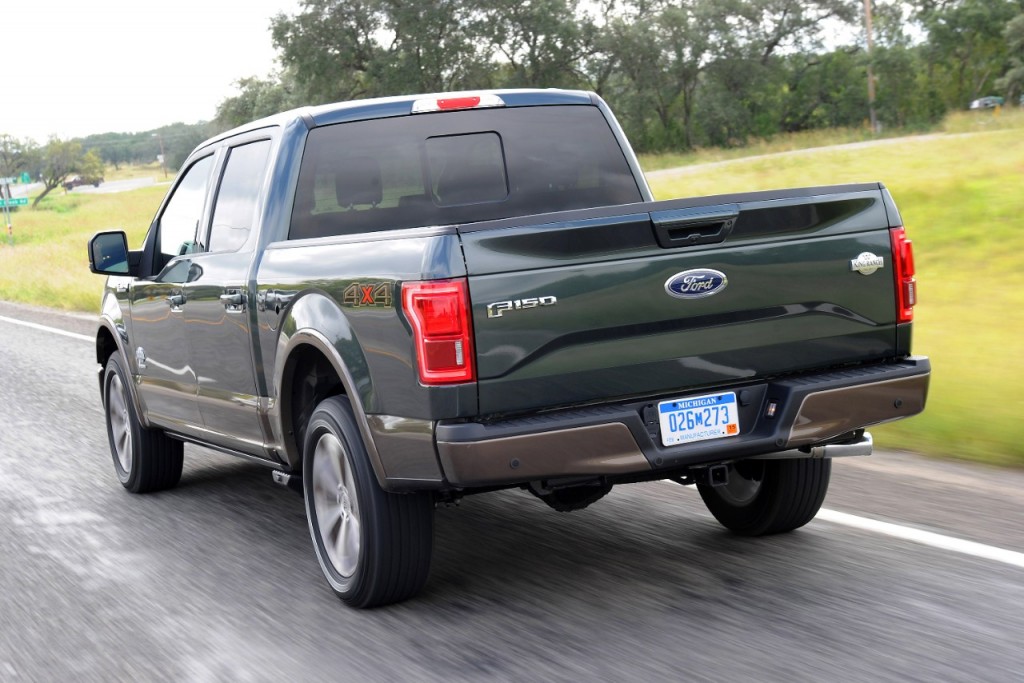 And Levine underscored the differences in capability by pointing out that the 20-mpg combined 3.5-liter EcoBoost F-150 tows 3,000 pounds more and carries a payload more than 1,600 pounds heavier.