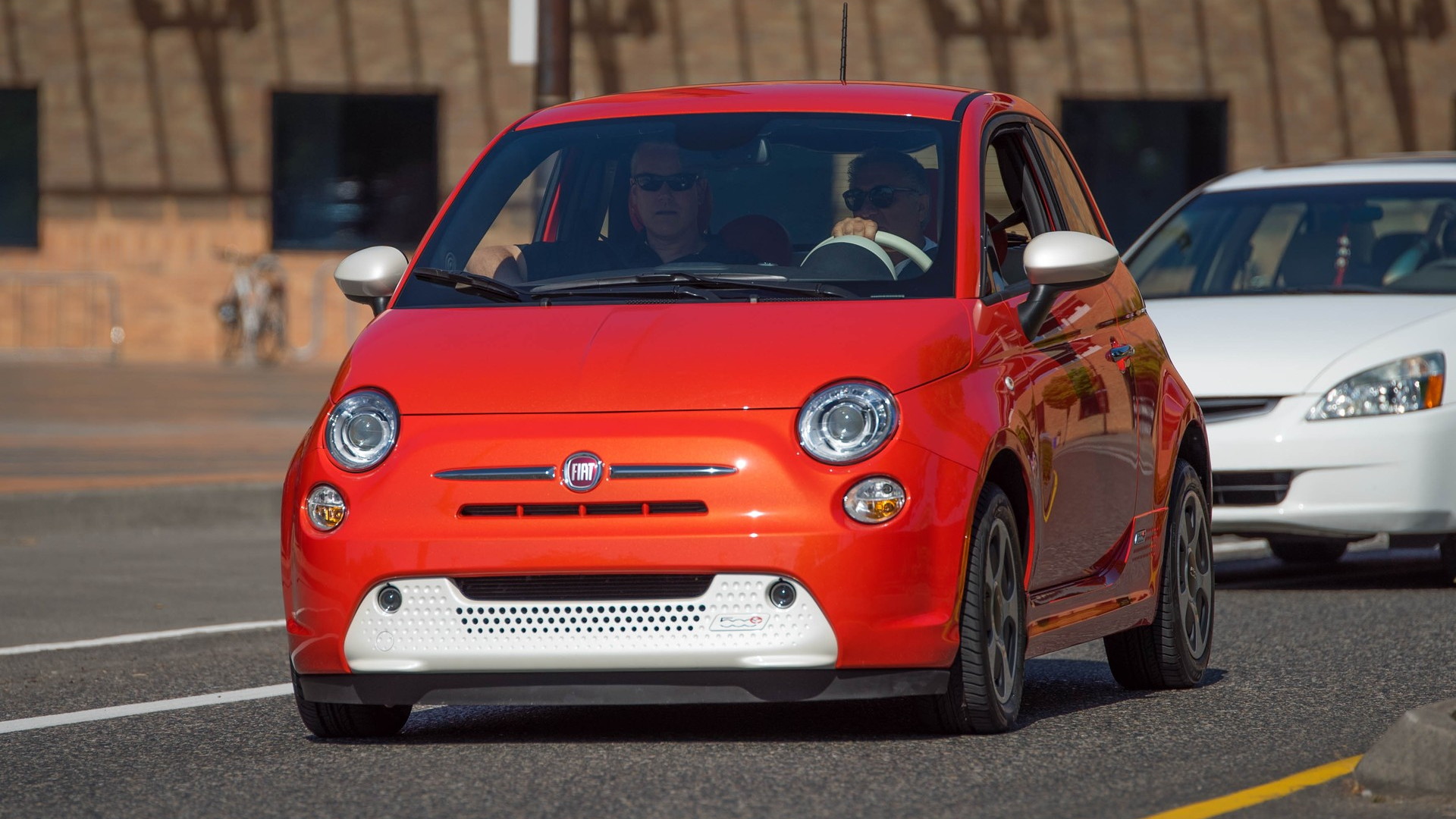 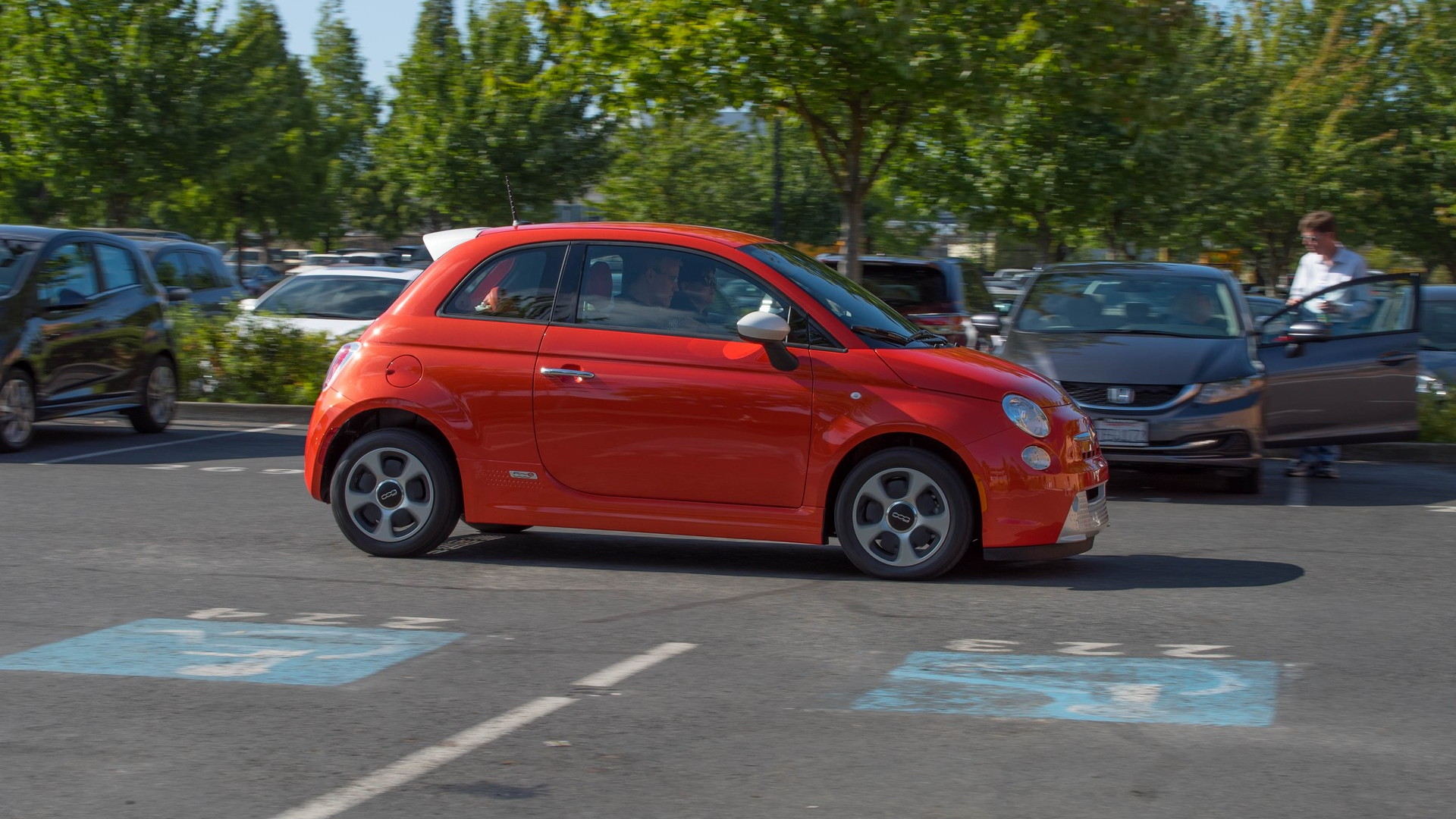 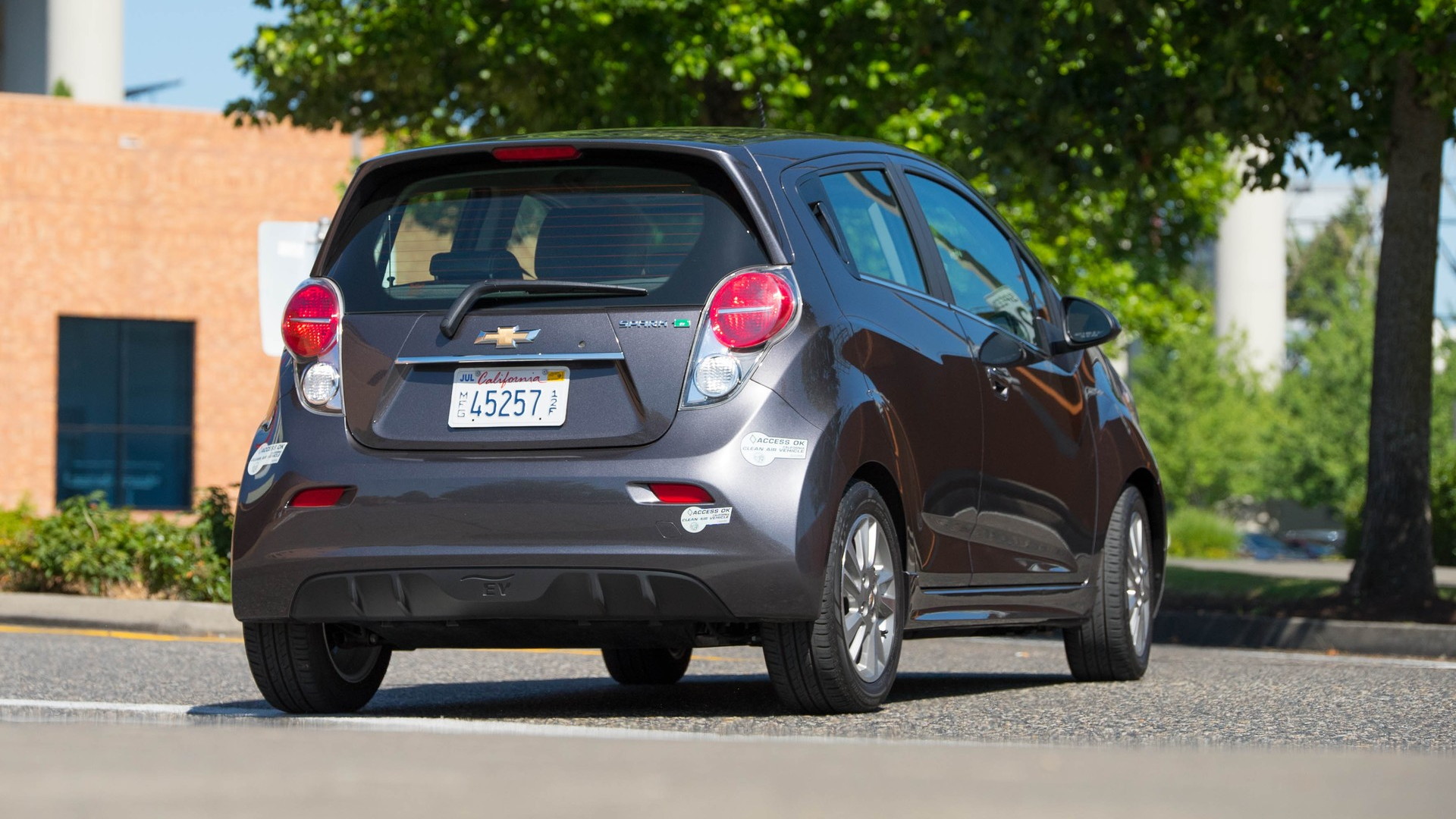 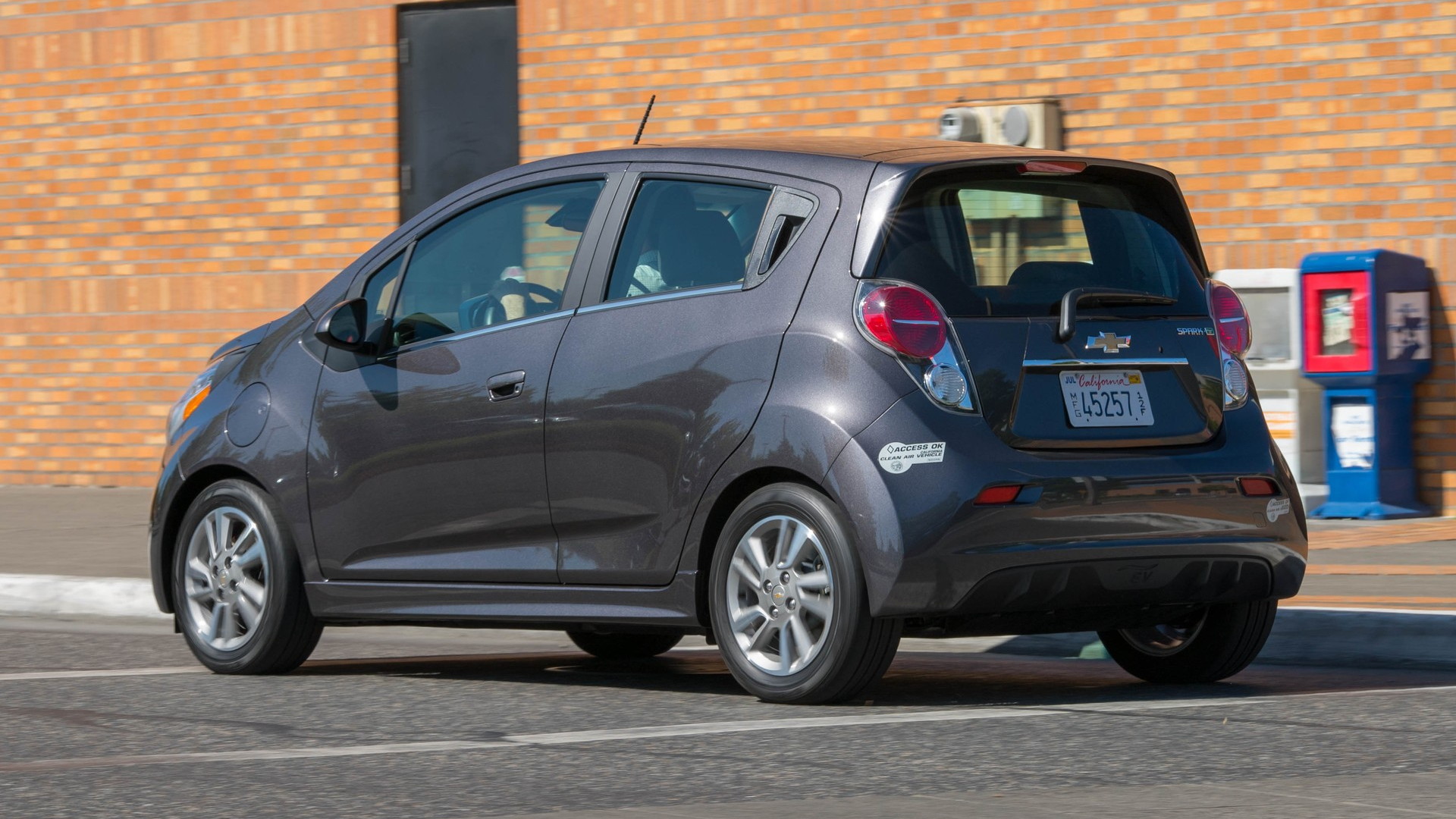 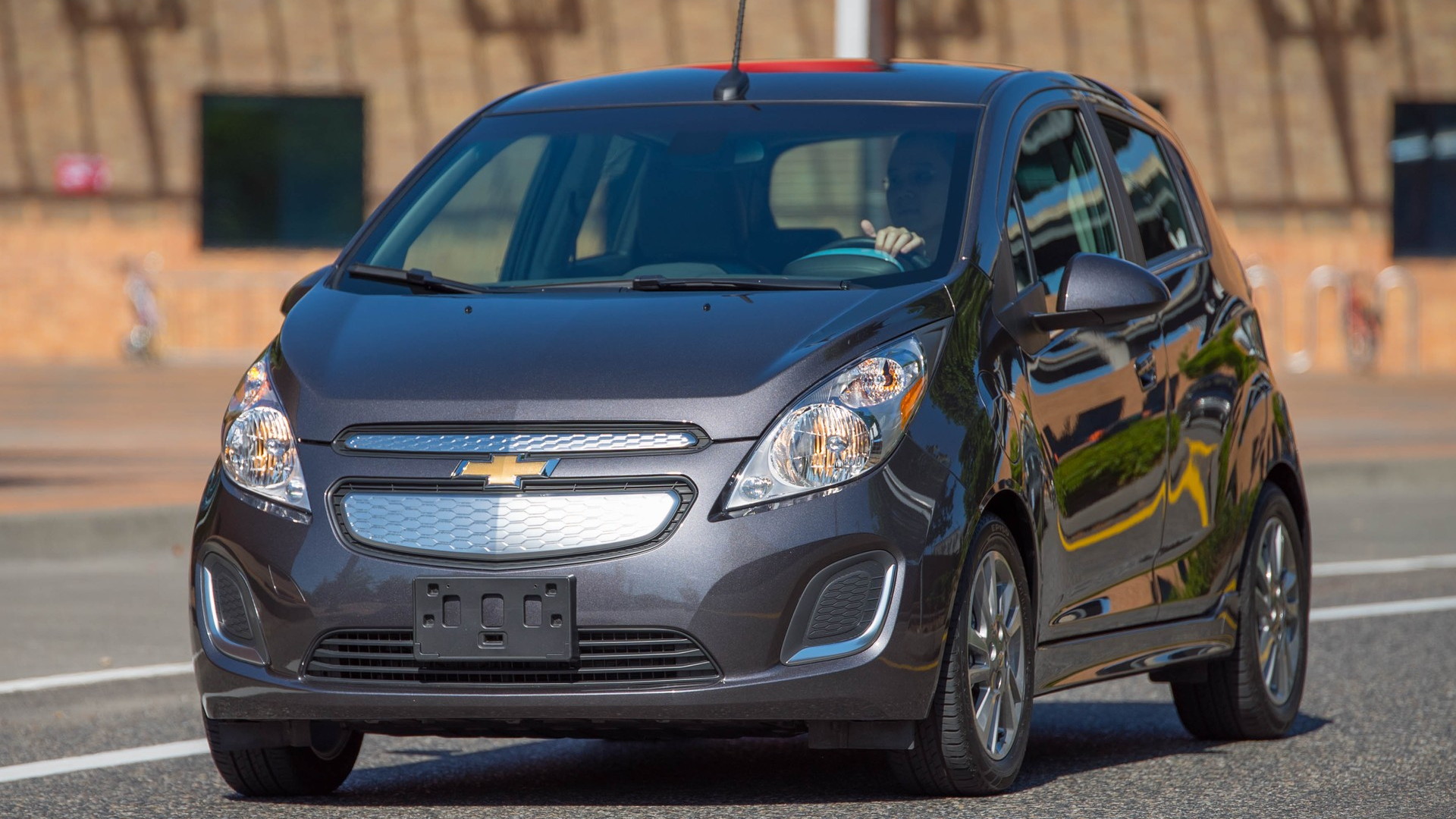 Given their nearly identical curb weights, the numbers would suggest the Spark being far quicker. The Chevrolet Spark EV is rated at 141 horsepower and—as Chevy has been pushing in ads—an astonishing 400 pound-feet of torque; and as Chevrolet boasts, it's available from zero rpm. Meanwhile, the motor system in the 500E makes 111 horsepower and 147 lb-ft.

Yet this past week, we were able to jump into one after the other at a Portland media ride-and-drive meetup called Drive Revolution, and the 500e felt so unmistakably quicker at low speed than the much boasted-about, 400-pound-feet Spark EV.

Sure enough, in instrumented testing, Car and Driver found the same—that the 500e is quicker than the Spark EV to 30 mph (2.8 seconds versus 3.2 seconds. To 60 mph, however, the Spark EV pulls about a half-second ahead; that's something we would have guessed as well.

500E has far lower torque numbers, yet it's quicker...

According to Giem, there's one elementary term that electric-car owners tend to forget about: gearing. There's a 9.6:1 reduction gear in the 500e, versus about 3:1 in the Spark EV. And that results in—at least some situations—wheel torque that's quite competitive, even though the 500e's numbers don't suggest it.

While both cars, as with all of the all-electric vehicles currently offered on the U.S. market, are laid out with single-speed direct-drive transmissions, gearing still plays a big part in how electric cars perform and at what speed they're most efficient.

Giem said that the only disadvantage of using a lower reduction gear, as in the 500e is that you become limited in your top speed; the 500e has a maximum of 88 mph, and it's because the engineers put a 12,800-rpm limiter on the motor.

“Zero to 12,000 rpm, it just goes,” said Giem. “Our approach was, what was the right combination of power, torque reduction, and top speed...there was a balance; it's an equation that needs to be solved.”

And, explained Giem, the right ratio is what keeps the engine in its most efficient sweet spot at 40 mph.

Electronic torque limiting: the other piece of the puzzle

According to Giem there's a secondary reason, that the Spark EV doesn't feel as quick as its torque ratings suggest. That's because, in order to keep the Chevy safe at launch and at very low speed (it's far more torque than a front-drive subcompact like the Spark could ever handle), it's electronically limited in its torque delivery at lower speeds.

Meanwhile, the Fiat team assured that, given the motor and the ratio, that they wouldn't need to put an electronic 'cap' on torque. And as Giem explained, allowing the controller to deliver more, in those low-speed situations, is a big part of what makes the 500e fun to drive.

There are some analogies to be drawn here to vintage cars and their simpler transmissions; just as you'd want the right cam profile and the right drive ratio, the same goes for electric cars. More than we thought.