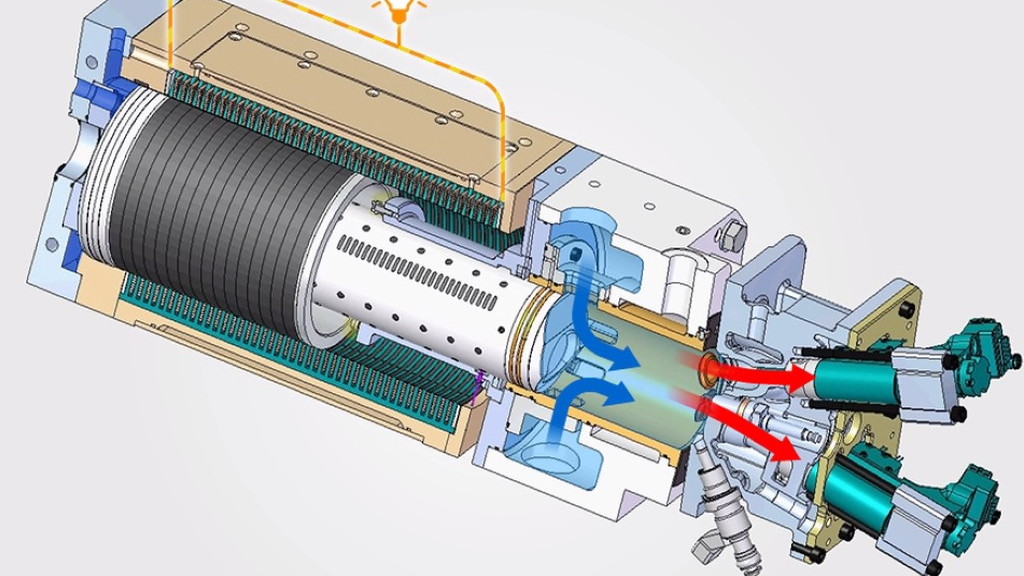 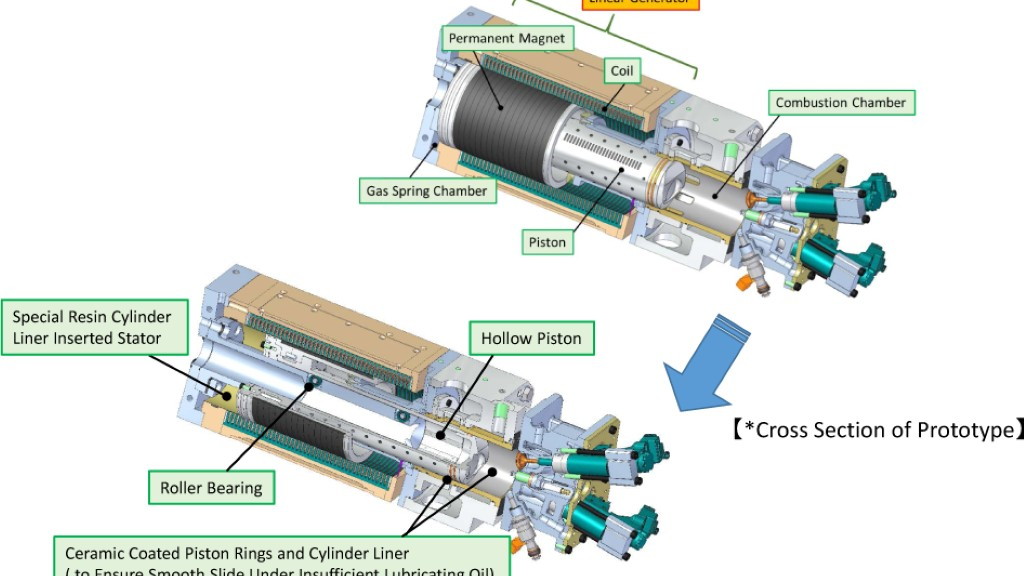 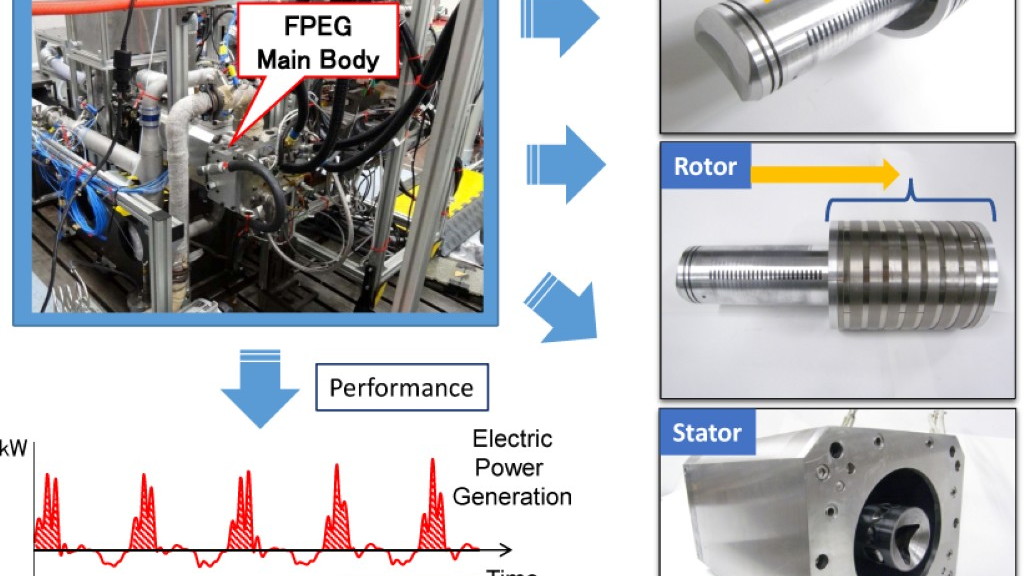 The onus then is on refining combustion power to work harmoniously with increasingly electrified vehicles--and Toyota's new Free Piston Engine Linear Generator (FPEG) could be one solution.

The idea of a linear engine is nothing new--engineers and research departments have been developing them for years.

Linear engines eschew the rotating crankshaft of conventional engines in favor of a single chamber, in which a piston moves forward and backward.

Combustion is largely similar, operating in a chamber at the piston's top. At the bottom, a gas-filled chamber provides the return motion usually provided by the crankshaft-driven motion of connecting rods.

The benefit of a crankshaft is that your piston's linear motion can be transferred into more usable rotating motion--not possible in a linear generator.

Instead, kinetic energy of the piston's back-and-forth movement is used to generate power.

Previously, that's been the work of the air springs. In Toyota's FPEG, writes Green Car Congress (via Charged EVs) it's down to the movement of an unusual W-shaped piston within a special chamber.

The center of the 'W' sits in a combustion chamber, that works on a two-stroke cycle--burned gas is scavenged out through ports in the cylinder head during the exhaust phase, while fresh air is brought in through a port in the cylinder liner.

Meanwhile, the sides of the 'W' feature a magnetic 'mover', and the walls of that chamber contain stator coils. As the permanent magnets on the piston pass the coils, electrical charge is generated--and you have your linear motor.

MORE: Video of the FPEG in action HERE

While this sounds complicated in concept, the unit itself is actually very compact, easy to cool and easy to lubricate. And as the gas spring chamber features a pressure regulating valve, the stiffness of the return 'spring' can be altered, for different operating parameters.

That's all well and good, but what could it be used for?

Essentially, its compact size makes it ideal as a generator for range-extended electric vehicles.

Toyota's test units are only 10 kW (13 horsepower), but a pair of them generates enough electricity for a Yaris or Corolla-sized vehicle to cruise on the highway at 75 mph.

If that sounds unimpressive, consider that one early BMW i3 reviewer struggled to maintain safe highway speeds in the range-extended version, when the two-cylinder engine was unable to sufficiently maintain battery charge.

A linear generator could cause vibration issues, but this is countered, as it is in any other combustion engine, by using more than one FPEG in a horizontally-opposed layout.

It's still a way from production reality, but it shows that future range-extended vehicles may not be limited by the size, weight and power-generation constraints of conventional piston engines.