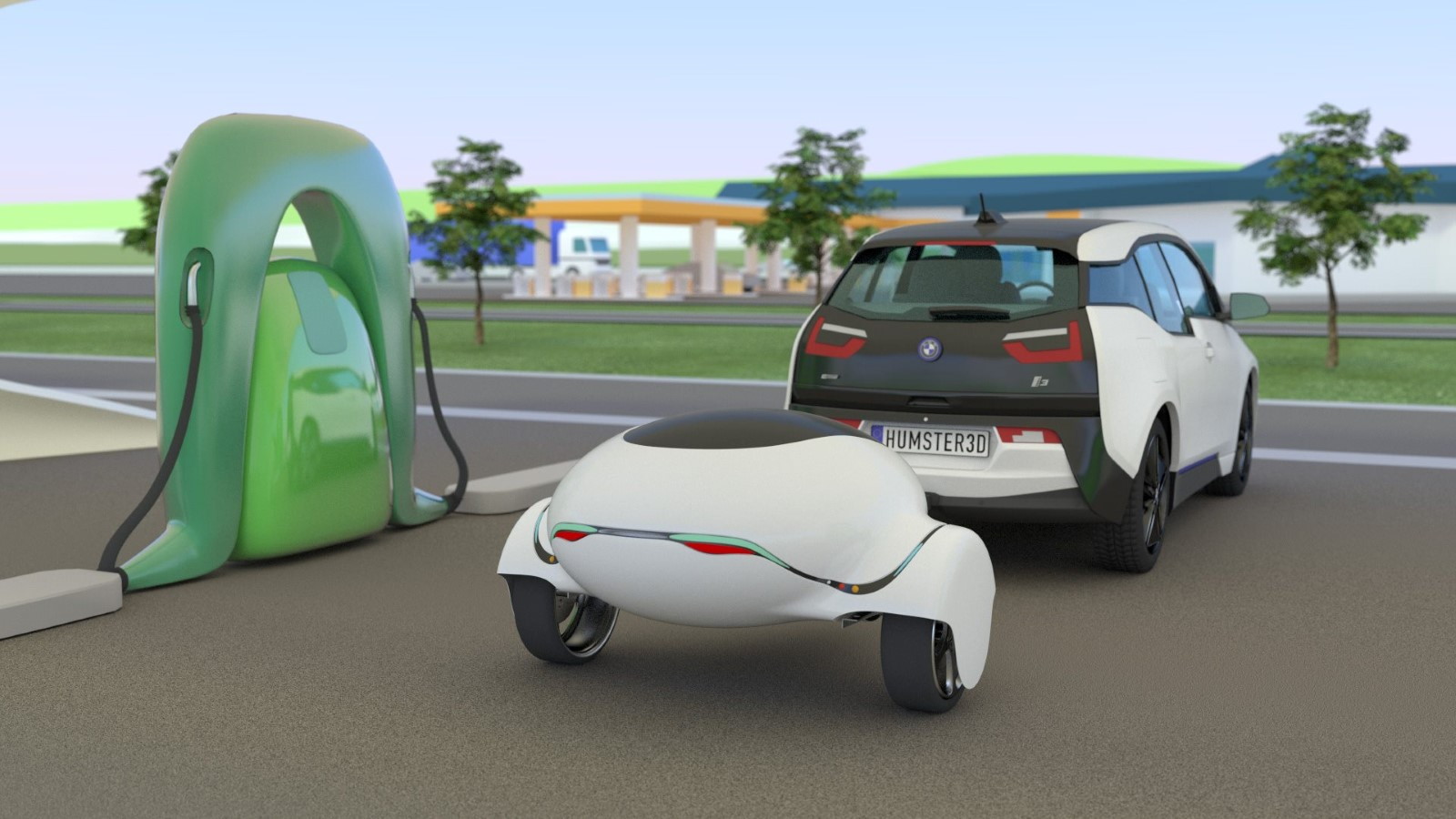 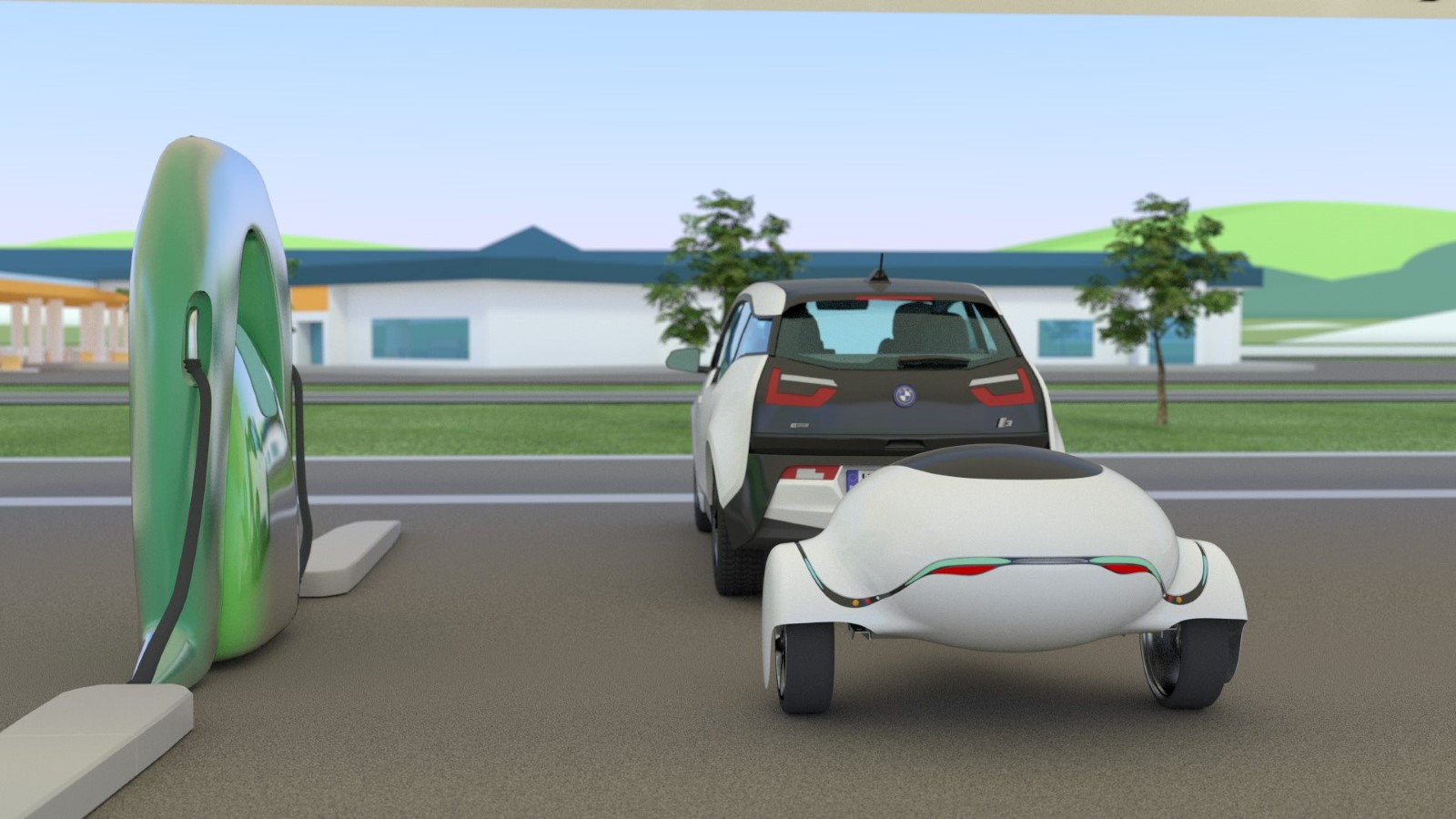 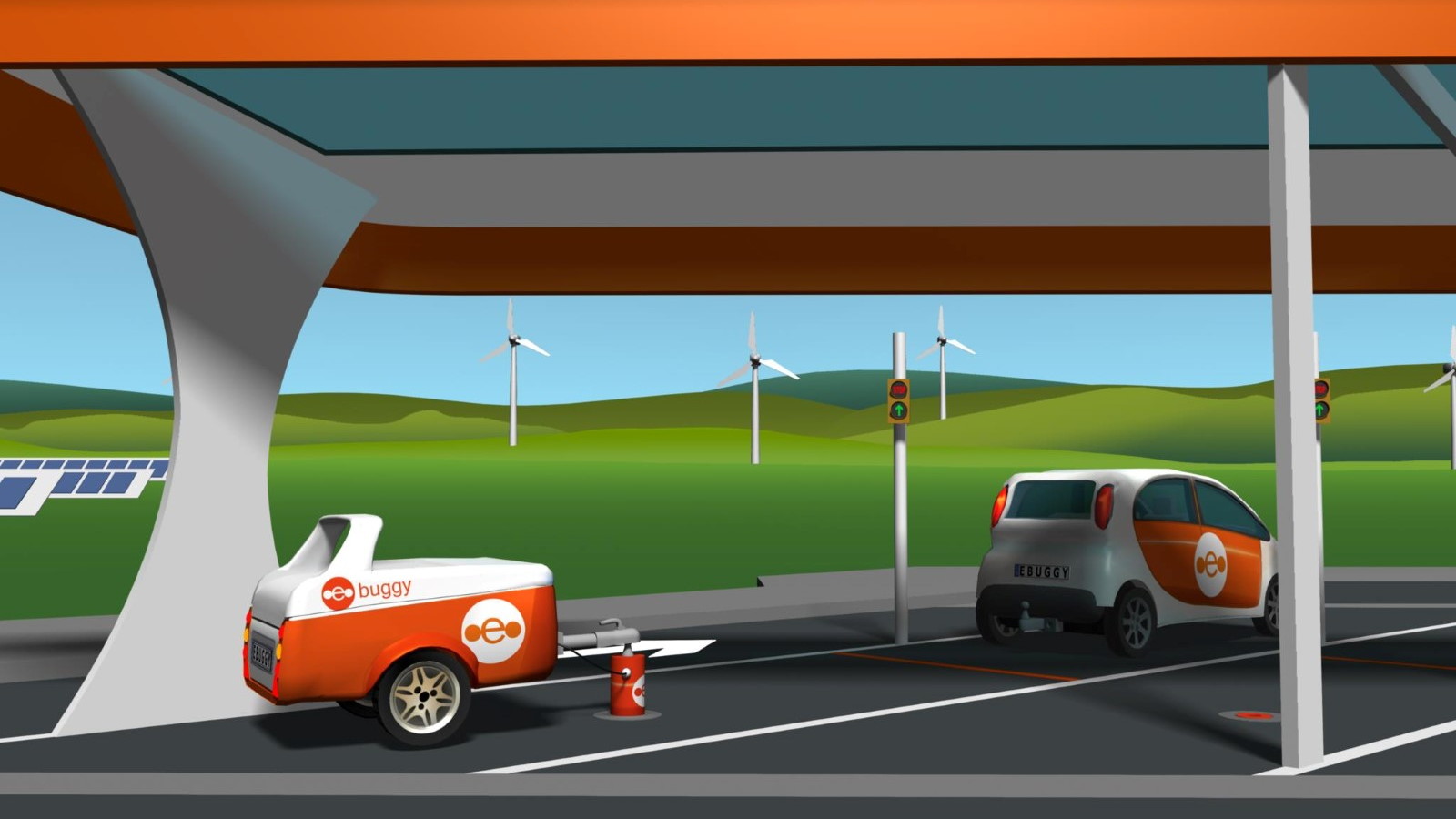 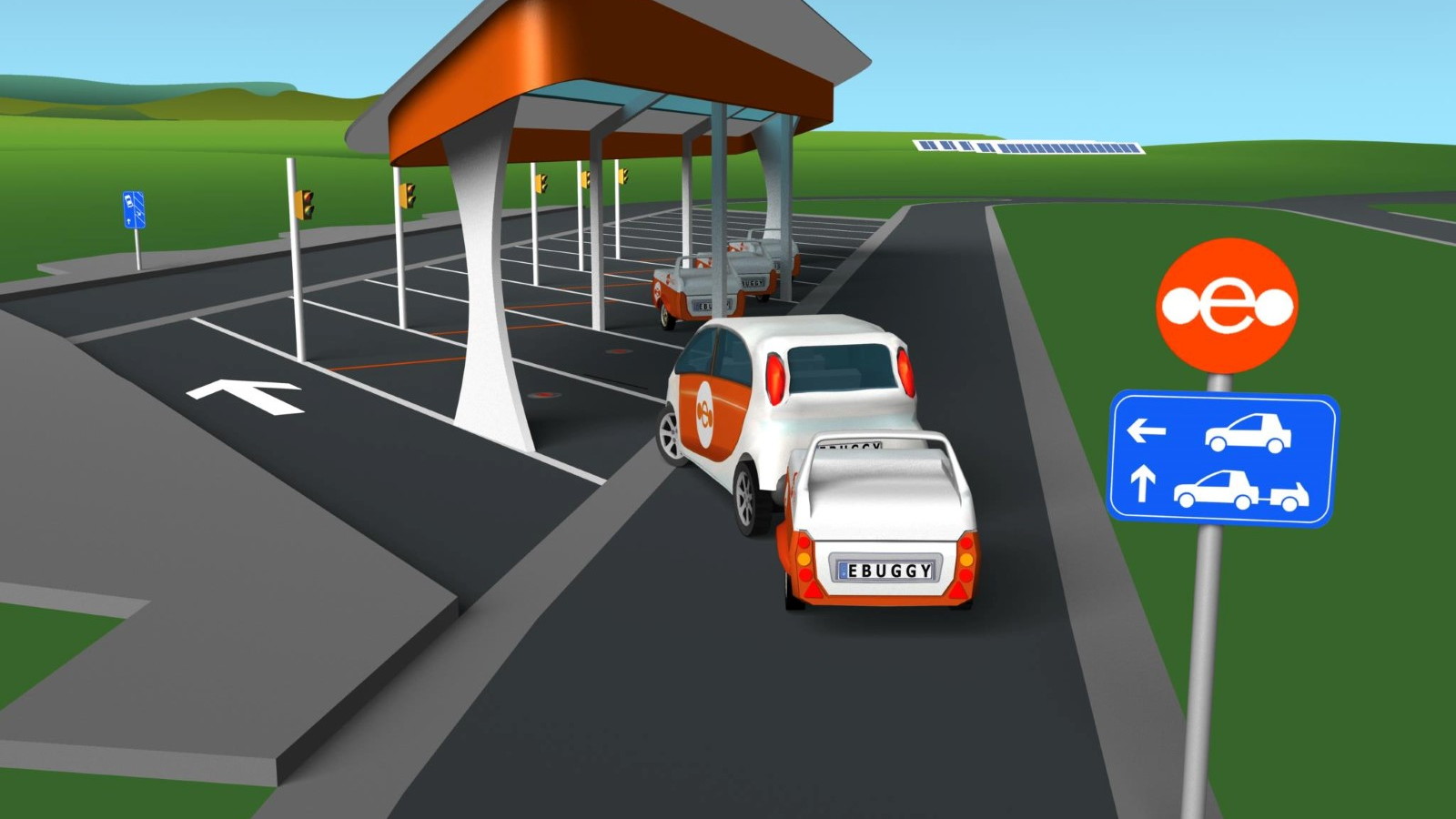 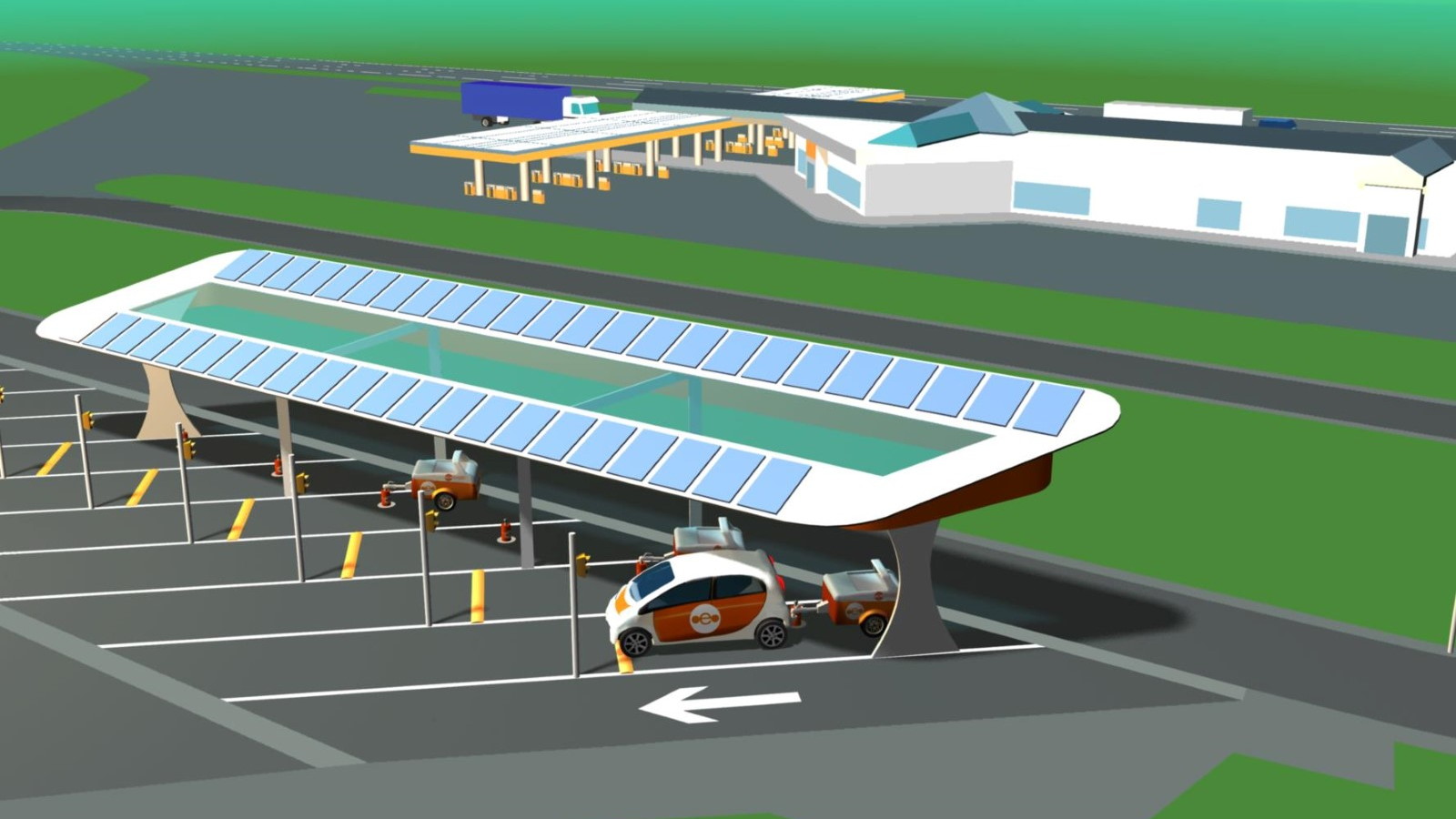 7
photos
Despite protestations that electric vehicles are compromised by short battery range, most owners find the vast majority of driving is achievable on the modest 80-100 miles offered by most vehicles.

Many drivers need to do a longer trip at some point, though. Do you then make that compromise buying a non-electric vehicle--or find another solution?

According to Ecomento, German firm Ebuggy believes it has the answer in the form of a tow-along battery trailer.

Yes, we've seen those before. We've seen Ebuggy before, in fact--and while it has a new, fancy rendered concept, the company's large demonstration unit looks just as incongruous as before.

Where Ebuggy differs from previous trailer ideas is in ownership.

In short, previous electric trailers have been devices that you own, occupying space in your garage whenever they're not needed for longer trips.

Ebuggy proposes a system where its battery units are stored at service stations on the highway.

These units wait, fully-charged by solar panels on the roof of the Ebuggy stations, for electric vehicles to come along and plug in.

Presuming you have enough range to reach the nearest highway exit from your house, you'd pick up an Ebuggy--with its 300-mile capacity--carry on driving, and drop it off at the next service station when you reach your exit.

You'd then complete your journey on the car's own battery range--untouched during the highway leg, as you'd used the Ebuggy's battery instead.

Ebuggy is work-in-progress at the moment, so it's unlikely to appear any time soon. If ever, if you're feeling particularly pessimistic/realistic.

The biggest legislative hurdle is that the unit is only licensed for speeds up to 62 mph in its home market of Germany. Given typical German autobahn speeds, you'd be mixing it with the trucks for most of your journey as conventional vehicles whizz past.

A technical hurdle would be installing the required parts to hook up your existing electric vehicle to the Ebuggy. And being happy to install a towing hitch on your vehicle, a less than elegant addition when you're not towing the trailer.

It's also less than clear how heavy the Ebuggy is. With a proposed 85 kWh battery pack, less powerful electric vehicles may struggle at highway speeds.

We'd be interested to see what effect the weight and compromised aerodynamics would have on that claimed 300-mile boost, for example.

It's certainly one route to increased range though, with some clear benefits--it can be used only when needed, and reduces the need for a second car capable of undertaking longer trips.

And who isn't interested in boosting the effective range of their Nissan Leaf from 80 or so miles to well over 300?