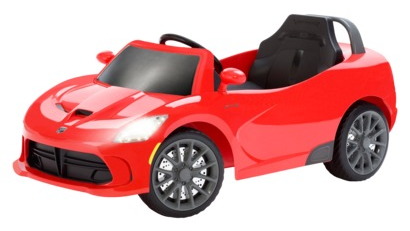 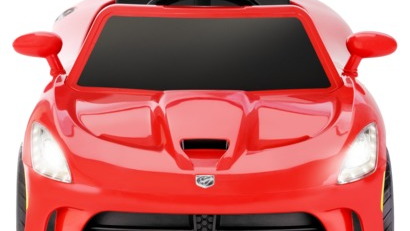 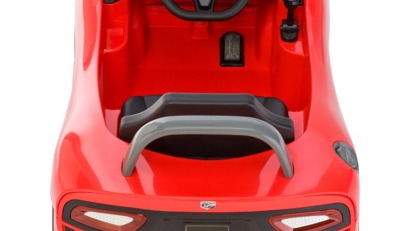 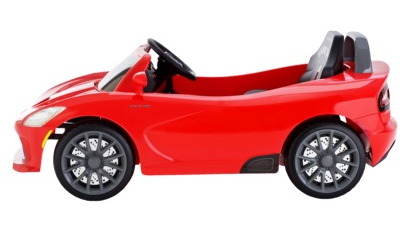 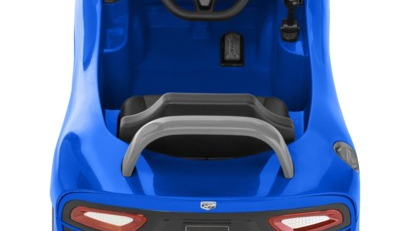 With hybrid supercars starting to appear at last--the Ferrari LaFerrari and McLaren P1 among them--many electric-car fans wonder when we'll see another battery-electric supercar to follow the Tesla Roadster.

One already exists, it turns out--and we didn't even notice.

You can literally put a plug-in electric SRT Viper in your garage today if you want to.

All you need to do is head to your local Target store and plunk down $109 (discounted for the holidays, regularly $179.99), and you can walk out with a plug-in electric SRT Viper.

And for those worried about long-term battery life, you can even purchase an extended warranty--Target calls it a 2-year replacement plan--for an additional $17.

There are a couple of differences from the gasoline Viper, though.

For one thing, this one only has room for the driver. It's only 42 inches long, and the top speed is 2.5 mph. Also, it's sold under the KidTrax brand.

MUST WATCH: Don't Deep Fry Your Christmas Turkey, Roast It With An Aventador: Video

The plug-in electric SRT Viper doesn't skimp on features, as it's based on the GTS trim.

The dashboard looks quite similar to what you'd find in the genuine Viper in SRT showrooms, and there's a racing-style flat-bottom steering wheel.

The plug-in electric SRT Viper is no slouch when it comes to performance. Like other electric vehicles, you'll feel the surge of instant torque from 0 rpm as you accelerate off the line.

Its 6-volt battery pack powers the rear wheels through a two-speed gearbox that includes reverse. Power Trax rubber traction strip tires will keep you on the road.

Just like the Tesla Roadster, the SRT Viper uses a proprietary charging plug with a one-step direct-connect charging system.

For more details on the world's only plug-in electric SRT Viper, head over to Target.com.