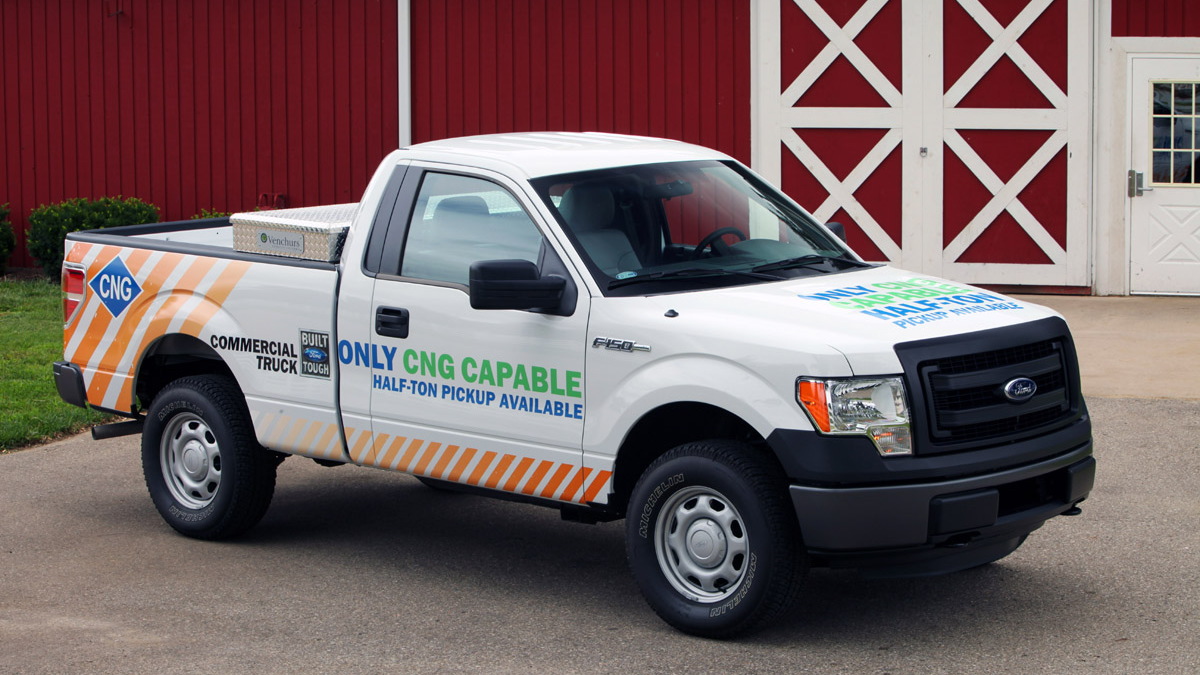 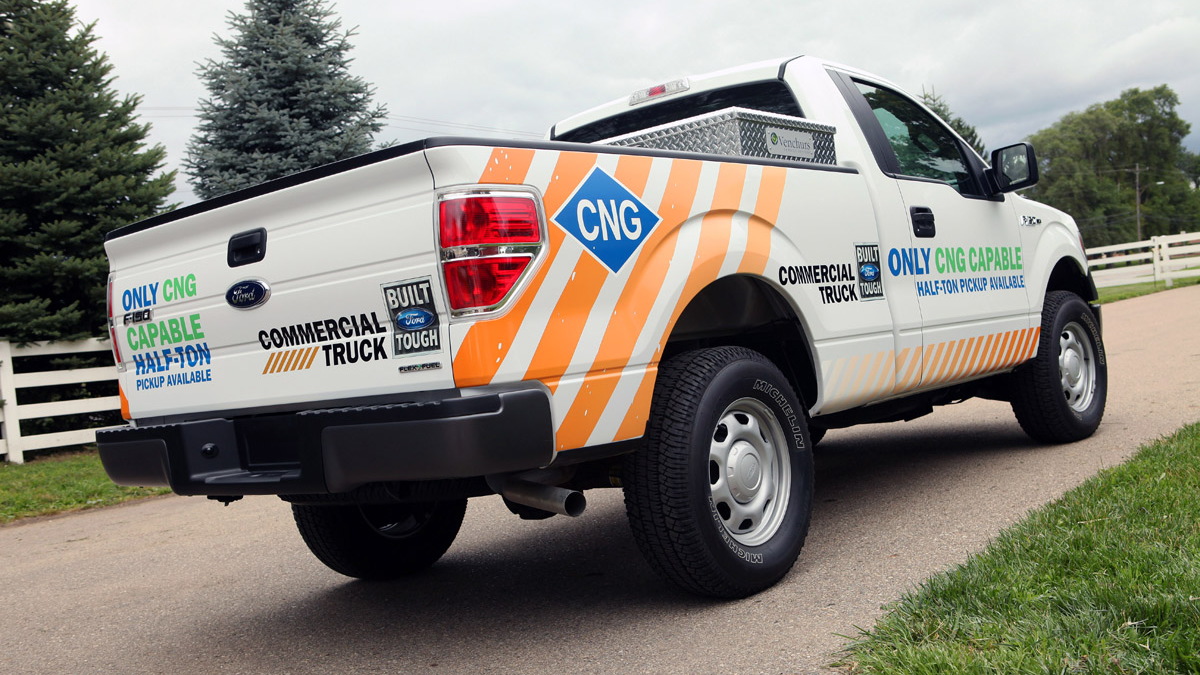 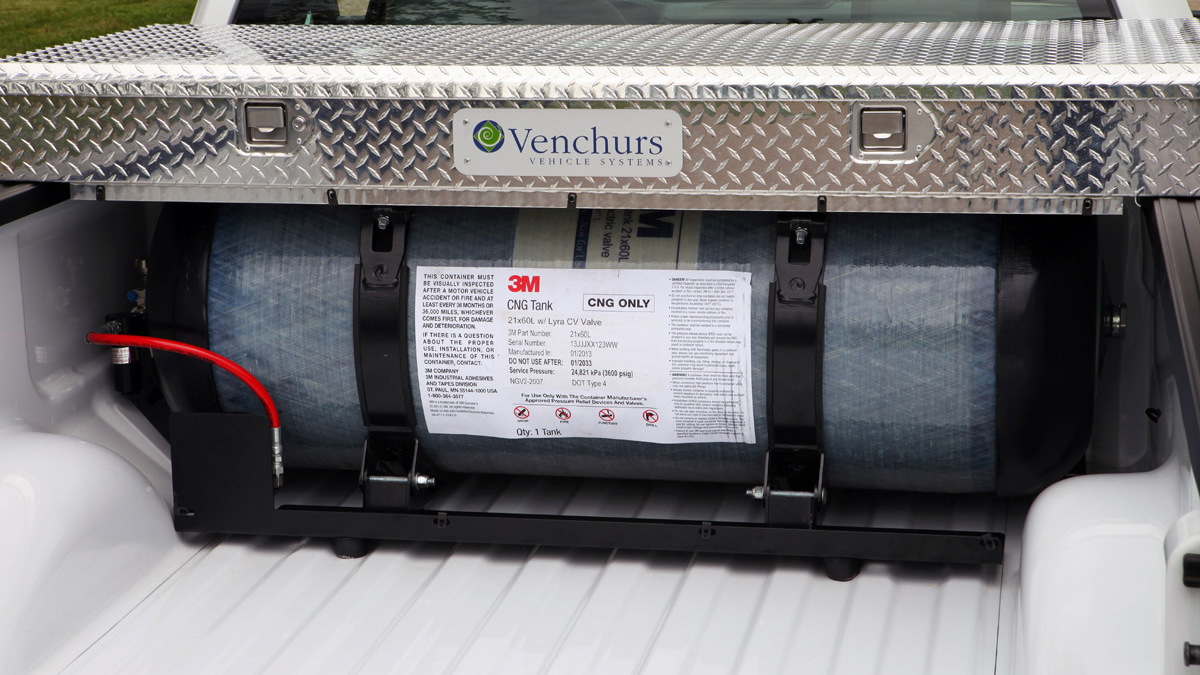 3
photos
Ford is the latest automaker to offer a natural gas fuel option for its best-selling pickup truck range.

The 2014 Ford F-150 will be offered with a natural gas (CNG) and liquefied petroleum gas (LPG) preparation option aiding installation of a suitable fuel system at qualified third-party installers.

Available for the 3.7-liter V-6 engine, the 2014 F-150 will be the first half-ton pickup to gain such an option--although natural gas versions of larger heavy-duty pickups are sold by Chevrolet, GMC and Ram.

While the package costs only $315 and consists of hardened valves, valve seats, pistons and rings, installation of a full CNG or LPG package at a Ford Qualified Vehicle Modifier can cost between $7,500 and $9,500 depending on fuel tank capacity.

That's a fair chunk of money, but owing to the low price of CNG--currently the equivalent of $2.11 per gallon on average and as low as $1 per gallon equivalent in some places--payback could be sooner than many buyers think.

"Businesses and fleet customers have been asking Ford to make F-150 available with CNG capability to take advantage of the fuel’s low price and clean emissions,” said Jon Coleman, Ford fleet sustainability and technology manager. “...customers could start to see payback on their investment in as little as 24 to 36 months.”

Natural gas is also cleaner, as well as cheaper. The EPA estimates natural gas emissions to be 30 percent lower than that of equivalent gasoline engines in the same vehicle.

Ford's natural gas and LPG options won't stop with the F-150 either.

Over the next few years, the automaker will offer natural gas readiness packages on seven other commercial vehicles, including the Transit and Transit Connect, F-Series models up to the F-650 medium-duty truck, and two stripped-chassis trucks.

The company expects to sell more than 15,000 CNG and LPG-equipped vehicles this year, 25 percent greater than in 2012.