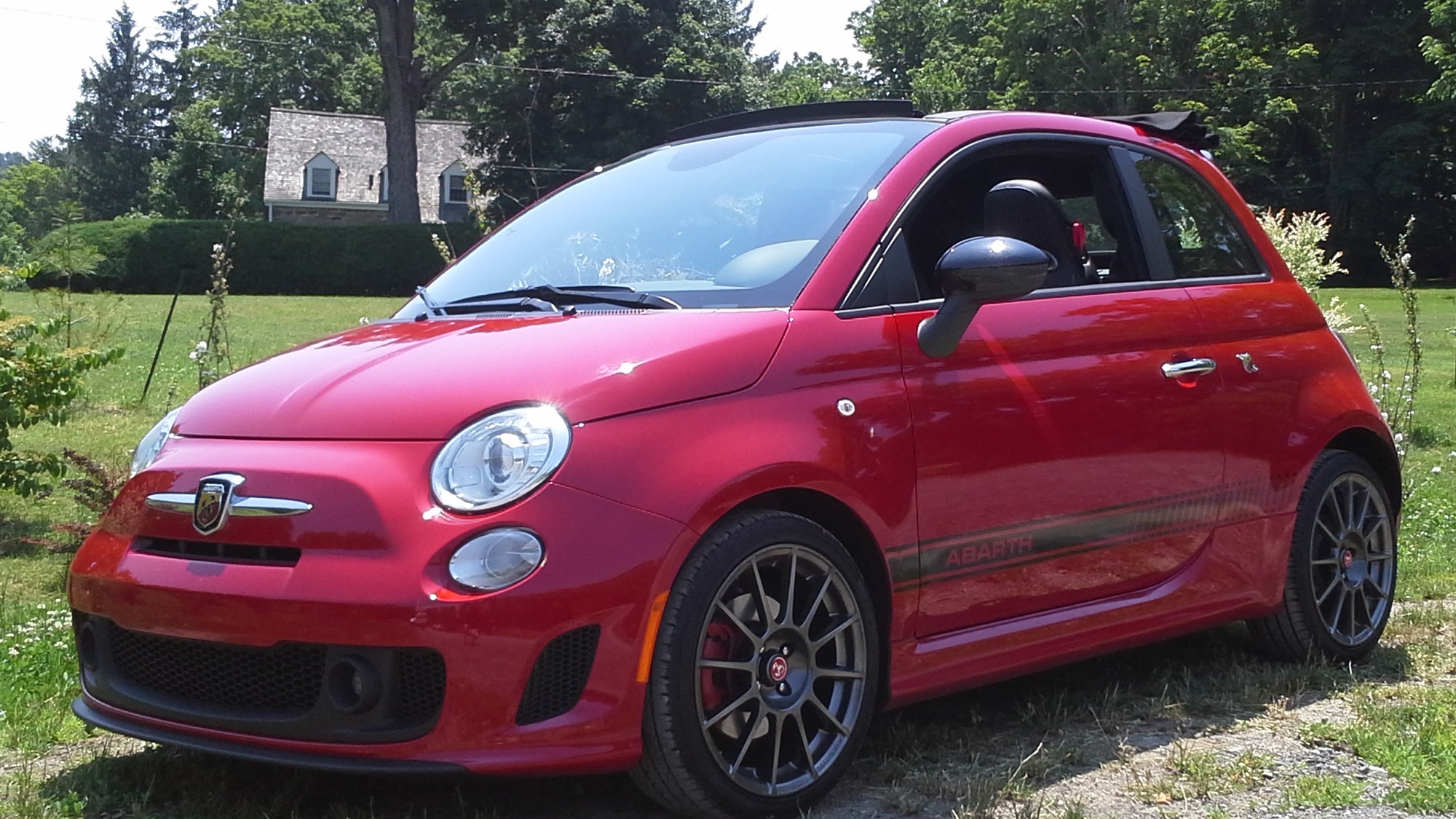 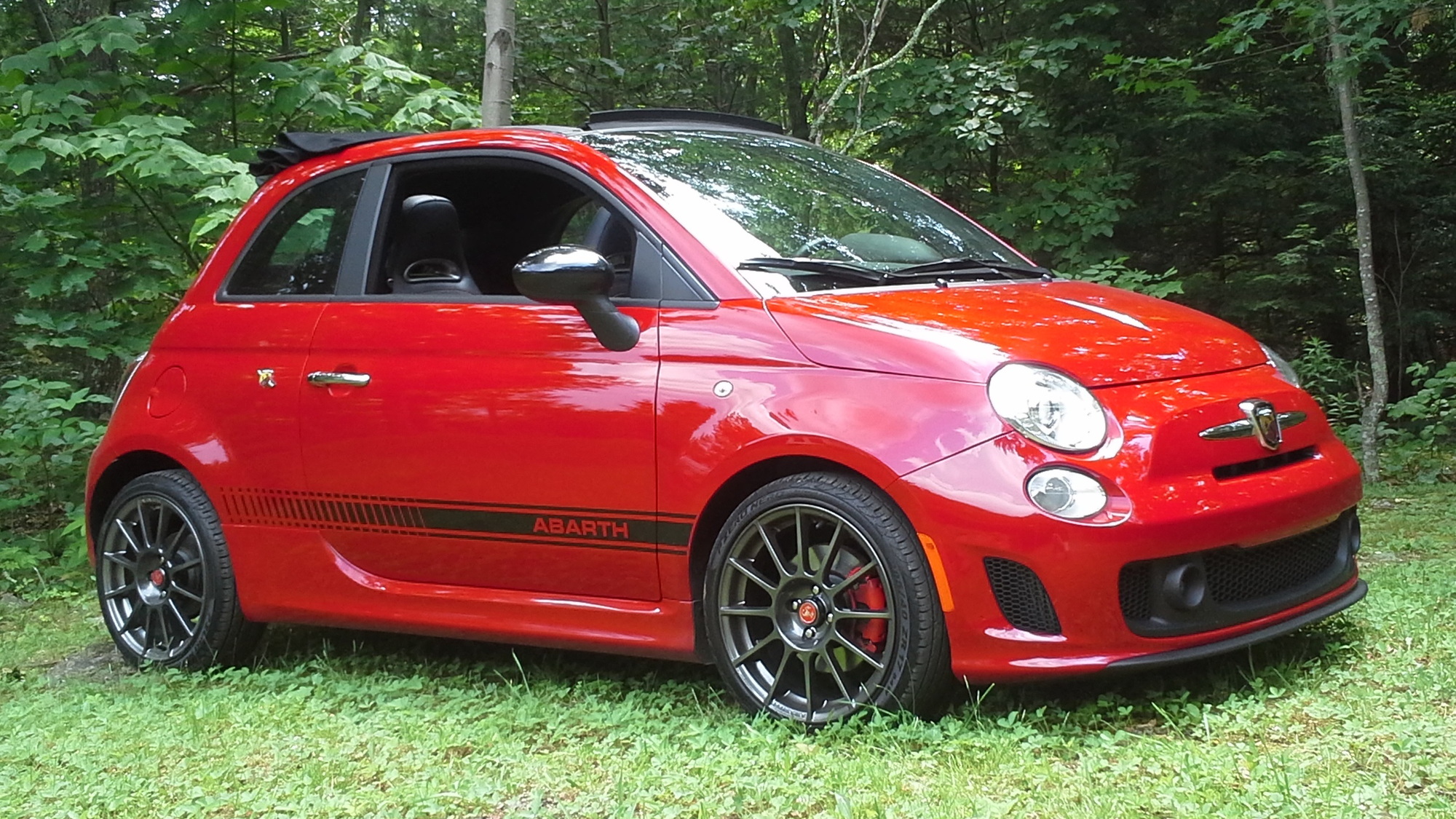 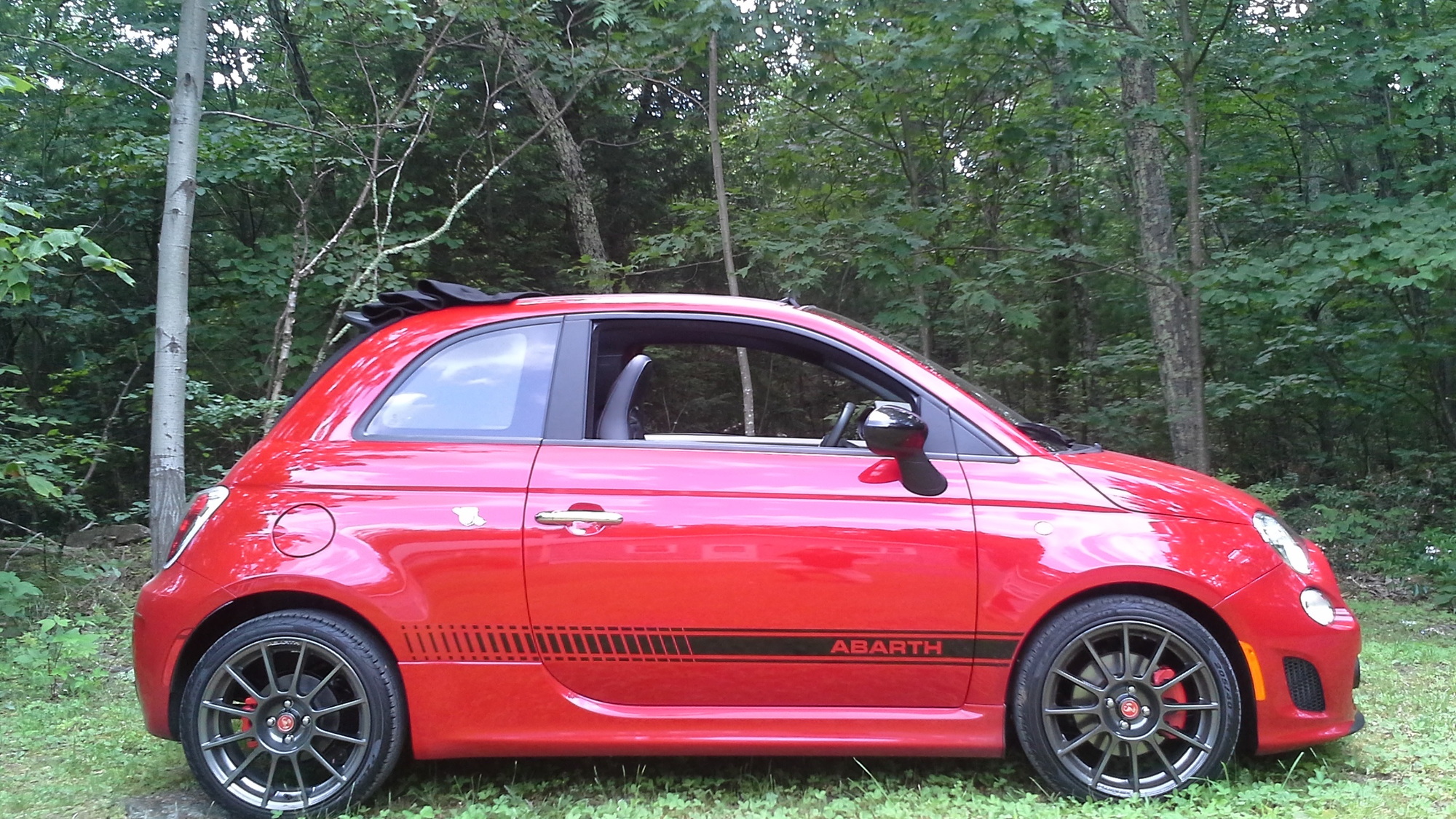 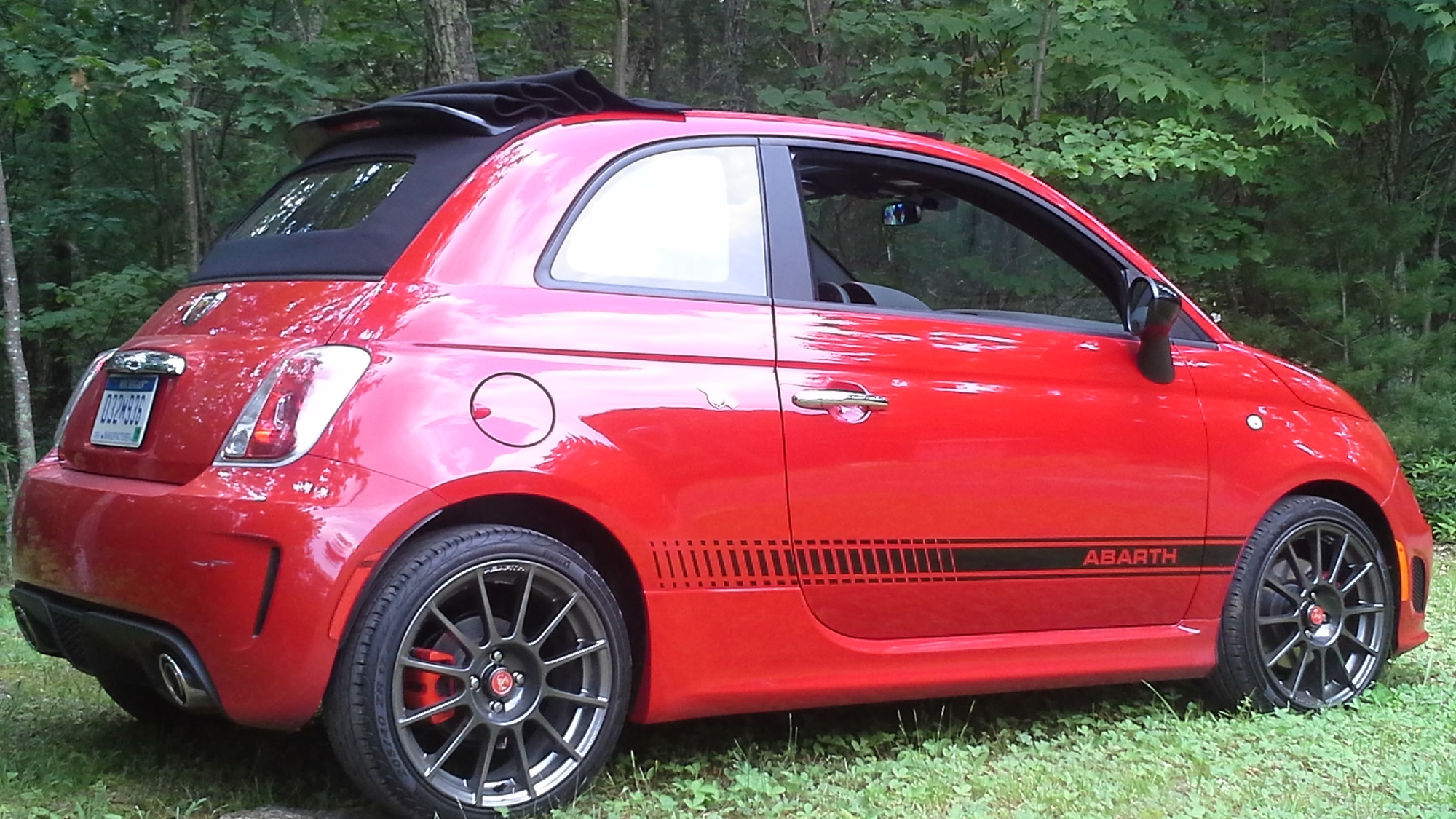 Although we hate to say it here, for certain cars, sometimes gas mileage really just doesn't matter that much.

That's our verdict on the 2013 Fiat 500c Abarth Cabrio, the new convertible version of the hot-hatch 500 Abarth minicar--the one whose television ad people are still talking about.

Just in time for the hottest days of a Northeast summer, we borrowed a 500c Abarth and took it out over our usual weekend test route.

Both the Abarth three-door hatchback and the two-door Cabrio are rated at 31 mpg combined (28 mpg city, 34 mpg highway).

The car comes only with a 160-horsepower turbocharged 1.4-liter four-cylinder engine paired with a five-speed manual gearbox--no automatic transmission here.

And it's so much fun to drive that within a few minutes, we gave up paying attention to the "Shift Up" light and simply drove it like a sports car.

Which is by far the best way to treat any Fiat 500 Abarth.

The result was a fuel economy reading on the car's trip computer of 24.9 mpg, or almost 20 percent lower than the EPA rating.

The Abarth's exhaust note is unique and delightful, and outside supercars or muscular V-8 pony cars, few vehicles these days can turn heads as much as an Abarth just by blipping the throttle.

We put 238 miles on our little convertible, split between two-thirds highway and one-third city and suburban stop-and-go.

If we'd spent more time at lower speeds, we suspect the mileage could have dipped below 20 mpg.

Again, though, a 500 Abarth Cabrio isn't a car you buy for economical, low-cost commuting--try a Toyota Prius C for that--and the joys of driving a convertible that feels far quicker than it actually is really outweigh the gasoline costs.

We drove the standard Fiat 500c Cabrio, with its 101-hp non-turbo engine, two summers ago.

The Abarth Cabrio has all the same convertible virtues, with its sliding cloth roof able to stop in multiple positions, but the full body sides giving the car superb structural rigidity.

Like the two-seat Smart ForTwo minicar, the Fiat 500 is short, but it doesn't really feel that way--you don't sense how little car there is behind you.

It's tight, and many taller drivers find the seating position awkward--but the optional performance seats held our particular shape well in place.

We really wish the steering wheel telescoped as well as tilted, since longer-legged drivers will find themselves with an arms-out driving position that gets tiring on longer trip.

And our right knee knocked consistently against the center console, reminding us again of how small a Fiat 500 really is.

Other reminders: only a single center armrest (for the driver), and the centrally located window switches (a European design quirk retained for North America).

The handling was superb on smooth pavement, but on broken pavement or across something like railroad tracks, the little Abarth hopped and skipped something fierce.

We could get used to it, but this is mostly a smooth-streets hot hatch.

On top of that, it boasted leather-trimmed high-back "performance" seats--which were both comfortable and good-looking--for an extra $1,000. We'd tick that box too.

Then there was the Beats Audio Group, a $700 addition that added premium speakers, including a subwoofer that took up trunk space. With the top down, we couldn't hear much on the sound system, so that wouldn't have been one for us.

A comfort/convenience group for $650 added air conditioning, heated front seats, and satellite radio. That seems like a bargain to us.

Black mirror caps added $350 (really?), and a TomTom removable navigation unit that sits on a dash pedestal was a reasonable $500.

On the other hand, the fun quotient was off the charts. And that's why you buy a 500c Abarth Cabrio.